Born from a collaboration between Animade’s interactive and animation teams, frankenSim is a colorful web toy masquerading as a monstrous operating system.

In part, frankenSim is a musing on how Frankenstein might have experimented with modern web tools. The strapline ‘Tools for the Postmodern Prometheus’ is in fact a reference to the alternative name for Mary Shelley’s classic Frankenstein story: The Modern Prometheus. Built using React and Flux with SVG images to keep a consistently sharp appearance, frankenSim is geared to work on most devices and is incredibly fast. 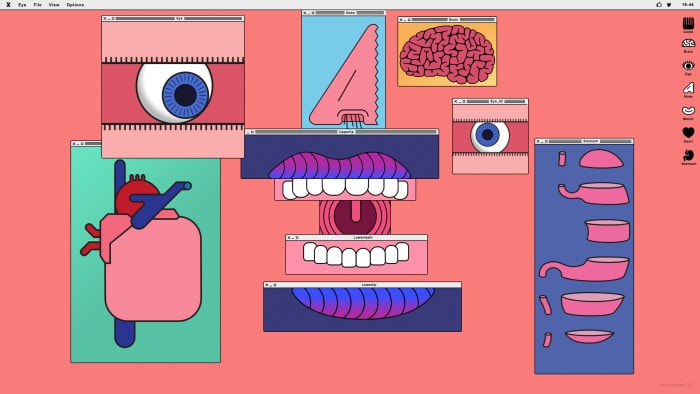 You can play with frankenSim yourself here.

If frankenSim’s aesthetic looks familiar, you might recall Animade’s short film “Lido Sim,” which also explored ideas of playing god (and torturing virtual creations) and was designed and directed by Animade’s Milo Targett.