“Malak and the Boat” is a beautifully crafted retelling of a 7-year old Syrian refugee’s harrowing journey to freedom across the Mediterranean Sea.

From the Vimeo project page:

UNICEF is launching a new animated series meant to bring attention to the youngest victims of the Syrian refugee crisis, Unfairy Tales.

We caught up with André Holzmeister, the writer, director and one-man CG powerhouse behind the film to tell us more about this powerful project.

Q&A with André Holzmeister: Making “Malak and the Boat”

How did this project come about?

180LA invited House of Colors to create one of three films of the Unfairy Tales campaign. I was invited by Adhemas Batista — the super creative Design Director that made the project possible — to direct and produce the CGI for the film.

How did you and Adhemas work together on this?

We worked together from the start ’till the end. We had a lot of creative freedom in this project, and the first work we did was bringing the look development to life. 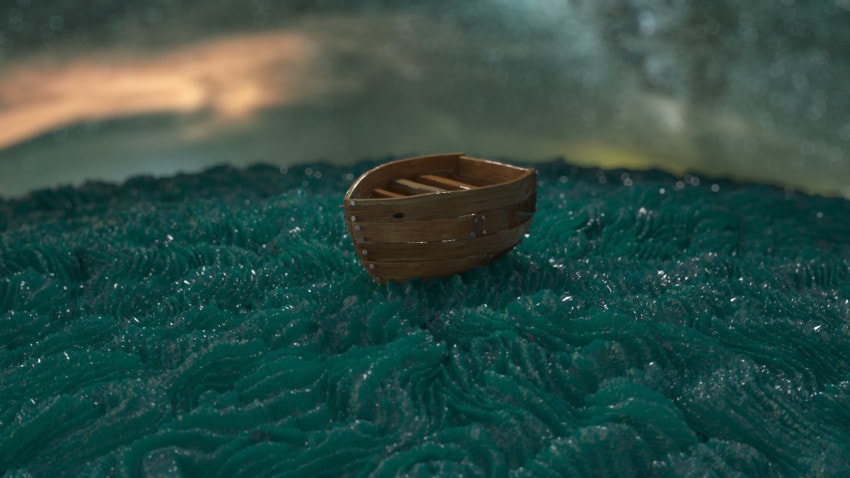 “This was the very first look dev. It set the mood of the entire film.”

Then, we teamed up bringing different references for the characters. After we decided on the main references in style and mood, Adhemas and Jonathan Marshall made the concepts and approved them with the agency, 180LA.

How did the agency relationship go?

It was very nice working with the agency. We were working very closely. The project was very time sensitive, and we couldn’t afford to lose any days redoing what had already been discussed. It all worked very well, and we only had to make a few adjustments.

Tell us about some of the design decisions you guys made.

We wanted to put a lot of meaning in every aspect of the film, so there are plenty of allegories and concepts behind every element. 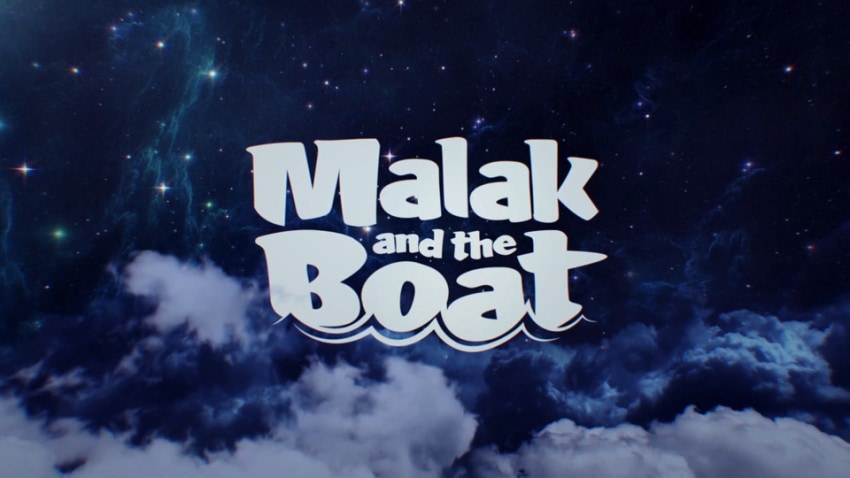 It all starts with a beautiful sky and happy soundtrack — it’s supposed to look like a great fairy tale. But quickly the storm takes over, showing us that difficult times are ahead. 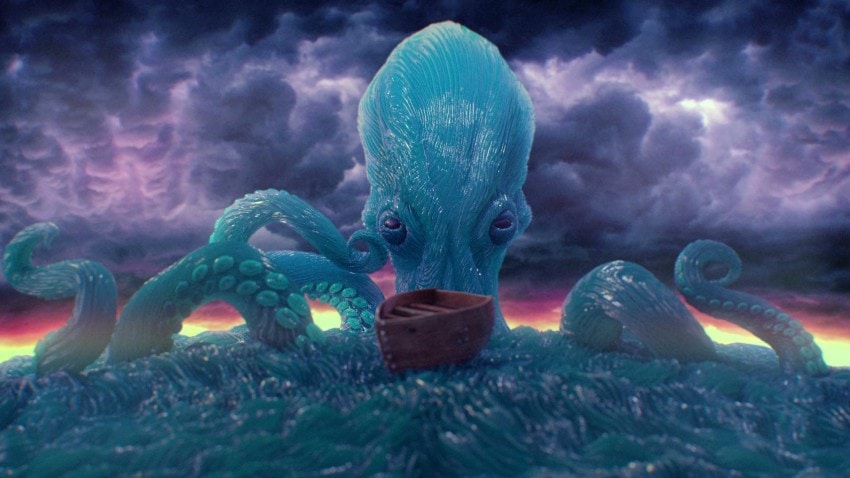 Malak was very afraid of drowning, so the ocean had to look alive, threatening. The ocean itself must be a character. When it materializes in the form of an octopus, it is clear that it is the greatest fear Malak has.

What about the other figures in the boat?

Malak’s mother must be fearless. Her pose should communicate without words that she is there for Malak, holding it together. That’s why she stands strong the whole time — because Malak projects security onto her, even if she is very worried. 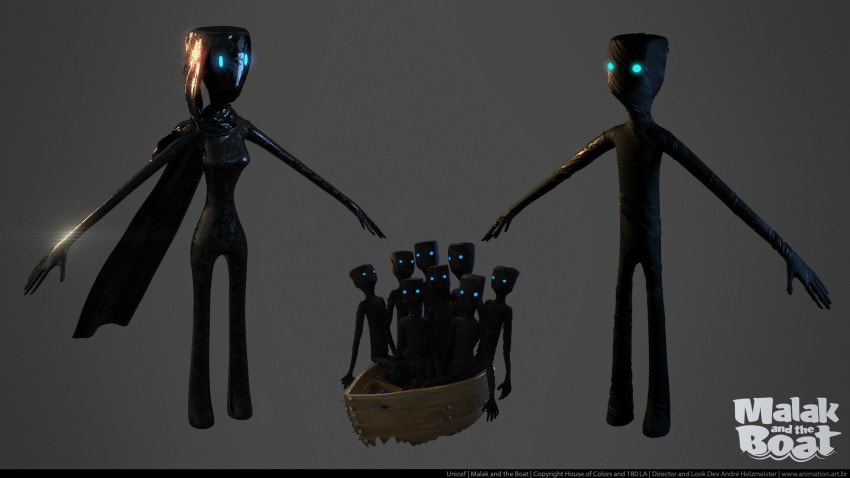 The strangers in the boat should also be faceless, as they do not know each other, and they do not truly connect with each other. They are on a survival quest, and they are sometimes threatening.

One of the guys in Malak’s boat was sitting near their bag, and he decided to throw it in the sea. All of their things were lost. He did that for no particular reason, but this action tells us that Malak should have been afraid of the other passengers. They were not her friends.

The end of the animation is definitely not a fairy tale finish. It leaves the viewer unsettled, uncertain.

Most of the film, Malak is in the dark. When she reaches the coast, the morning sun is shining. It represents the light of a new hope, a new life. She has left the darkest times behind her. 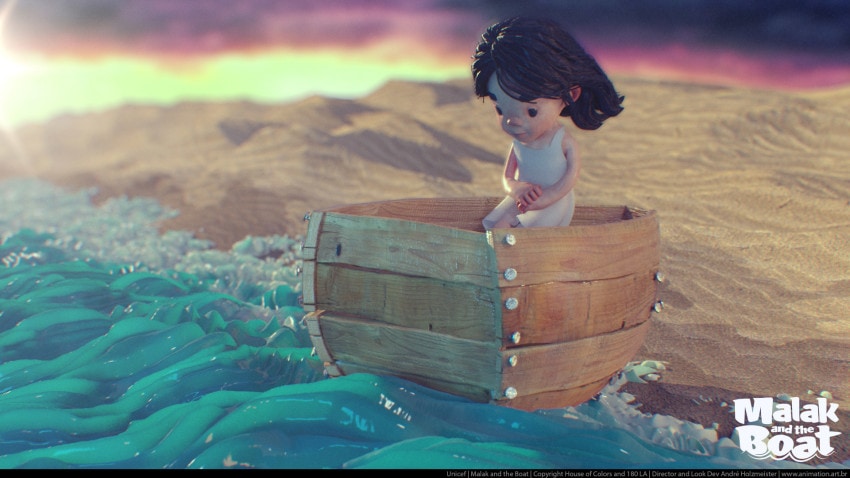 The storm has gone, but Malak has not left the boat with the others, not yet… she is there disconnecting from her old life, breaking the ties with her homeland. It is not easy, but she will survive. 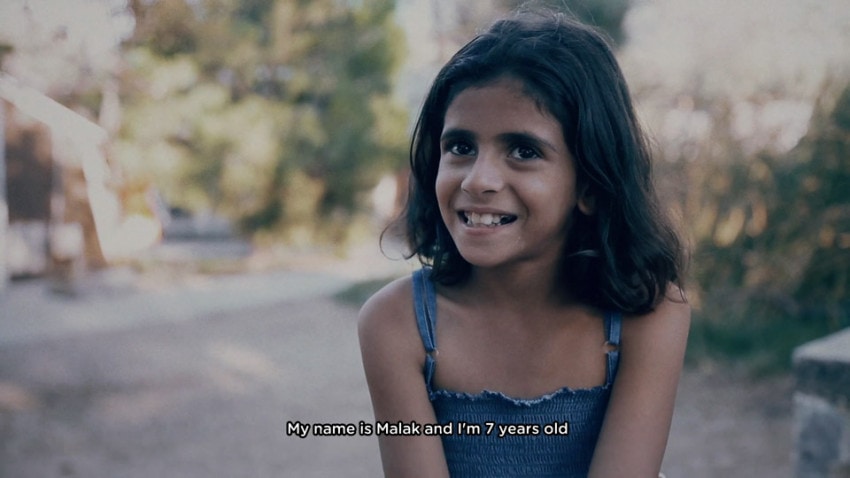 Thats why we show the live footage. We wanted everybody to see that despite everything, she is a happy child, full of hope and smiling for the chance to grow old — a chance that many of her friends didn’t have.

It is a strong and cruel message. But it is war, and war is not pretty.

Why do you think animation works for this message?

We are anesthetized about these matters. We see the Syrian crisis in the news every day.

When we take it away from the news and put it in the medium of animation, we break this anesthesia. The punch is right in our face, so powerful. 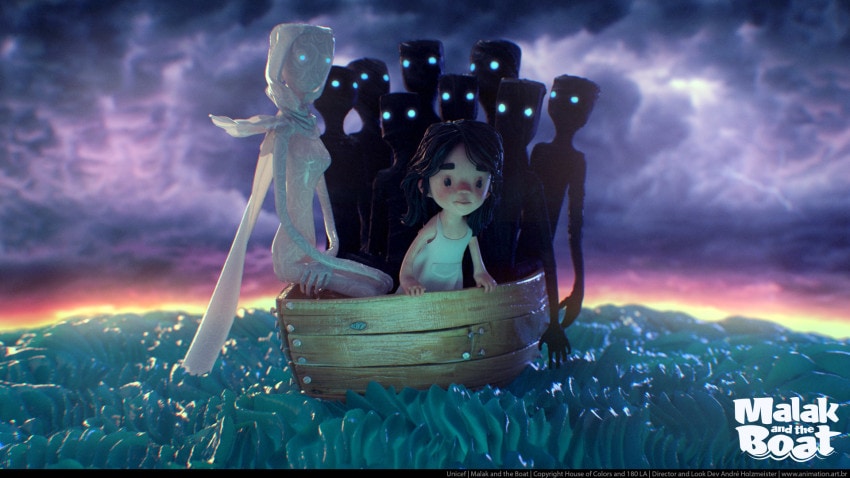 180 LA nailed it. I am proud to be a part of such an amazing project.

The look of this film is very interesting. Can you talk about the look development process?

I wanted to have a crafted and stop motion kind of look to the film. I even tried a few skipped frame techniques to make it more stop motion-like, but the fluidity of the ocean was important. 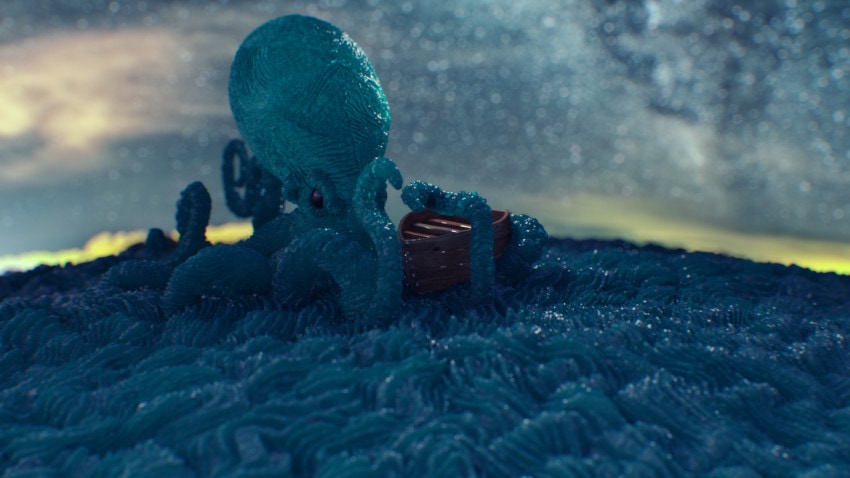 That said, I wanted the sea to look like a tissue that had been manipulated mechanically, underneath the surface. It was the very first look dev for the film. I knew I had to have something unique and beautiful — yet threatening — for Malak.

I wanted the shader to look like a solid material, as if she falls in it, it could hurt her. But it should have some kind of transparency to resemble real water somehow. I used Corona Renderer subsurface scattering and translucency to achieve the look I was intending.

What were some of the biggest challenges for this project?

The timeline. I had 5 weeks to finish the work. All CGI was done by me, from modeling to final compositing in Adobe After Effects. I had to rig, animate and light the scenes.

At the end, I was very tired and asked Rodrigo Henrique to help me with setting render passes and sending the scenes to render in an offsite render farm. Rebusfarm was kind enough to sponsor this film.

How did you manage your time?

I chose to keep the technical direction simple, as I knew I had to do it all. I couldn’t afford to stay in the R&D phase too much. I wanted to experiment much more, but it was not an option. 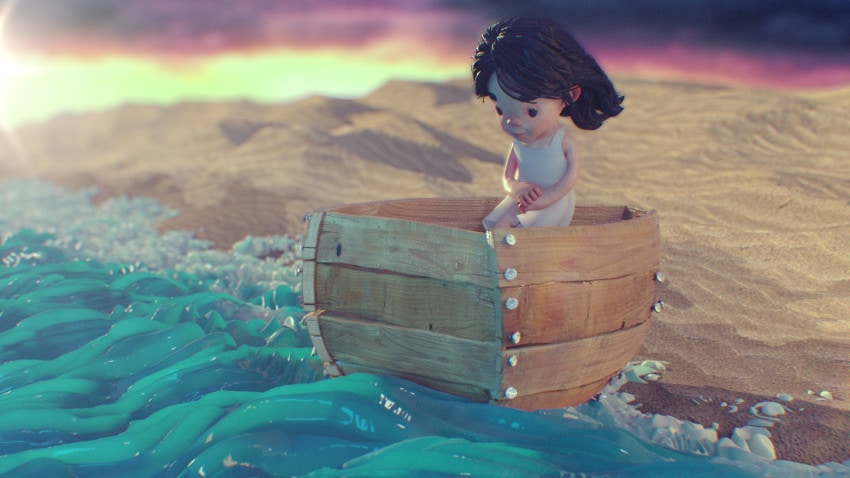 So the sea is nothing more than a clever way to create something that looks complex. I used a plane with some noise deformations in 3dsmax and some wave deformers to make the small waves.

I also used an animated texture of radial lines made in After Effects with some ripple deformations and turbulent displacement to make it always alive. This animated black and white texture was then used as a displacement map at render time. 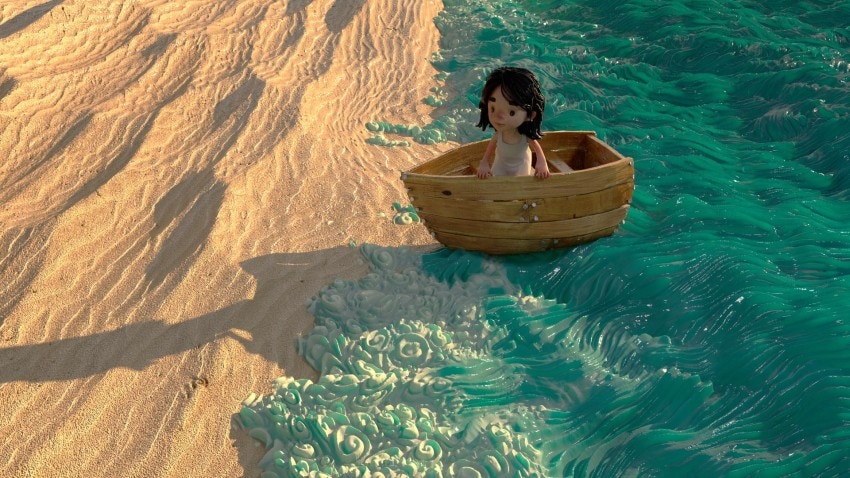 For the foam, I created a curl object and used the zdepth of it as a map for the displacement. I used this map as sprites in a particle emitter to create a texture for the sea and used simple gradient masks to mix the water and foam.

Nothing too fancy, but effective.

For more information about child refugees, visit No Lost Children and #ChildrenofSyria

Produced by
House of Colors

Special Thanks
To our families and wives