Johnny Kelly’s work is always something to be admired. With each project, Johnny seems to find a way to tell the story as only he could. As a result, the work is always memorable, charming, and a breath of fresh air in an industry driven by a seemingly endless cycle of repetition.

When you then add Nous Vous to the mix, you’ve created a recipe for success and something truly unique.

That is definitely the case with Johnny’s new work for Cheerios, “Right on Tracks” produced by Nexus Studios.

The following is a quick Q&A with Johnny himself featuring loads of behind the scenes fun!

First, congrats on finishing yet another amazing project! Can you tell us how this one came to be and what the initial brief was like?

Thanks a million, Joe! I think it’s best to go directly from the horse’s mouth so here’s a quote lifted straight from 72andSunny’s brief:

“Let’s create a series of catchy songs and videos that can help spark conversations about kindness, inclusion, and empathy between parents and their kids. Think ‘Schoolhouse Rock’ but with so much more real talk.”

What a brief! I loved it. And the challenge of making something entertaining and also educational. I grew up with Sesame Street and public information films like this which still rattle through my head today, I knew these could have that same feel.

In the making of the video, there is some talk of exploring different techniques and approaches. How did you land on puppetry and was there a close runner-up?

To kick things off Devon Hong (creative director at 72andSunny) suggested a mixed media approach, the idea being that one director could come along and work with different teams. So each video would have a slightly different style but a shared sensibility. I knew I wanted to work with illustration collective Nous Vous, but thought maybe one film could be 2D animated, another stop motion etc? Everything changed when Walter finished his first demo — his song had this lovely bouncy energy. In the best possible sense of the word, they felt ramshackle, spontaneous, not overworked. I thought the only way to match that spirit was to embrace live-action puppets, in all their wobbly glory. 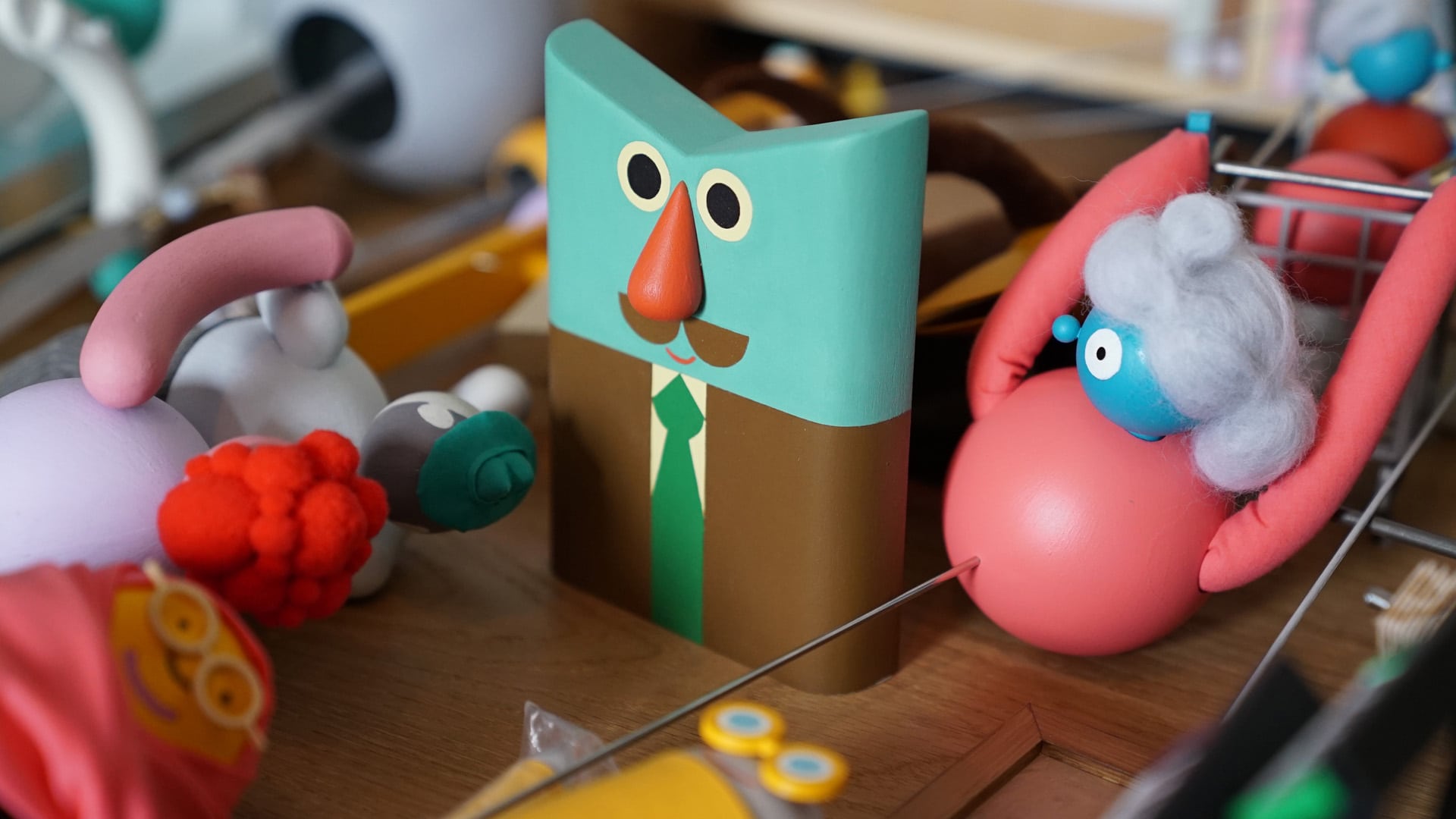 Creating kids’ content is much different than something directly selling a product or service. How did that affect your creative process and what were your initial goals for the films?

Yes! We had to walk a fine line. I know there’s a lot of love for Cheerios, but it takes guts for any brand to communicate something like this, the tone of voice is all important. If they were too sweet or patronizing no one would want to watch them. And if it felt like a lecture or an overly-branded advertisement, then no one would pay attention to the lovely message they were trying to get across. Thankfully Walter Martin (songwriter and musician) handled it effortlessly and we just followed suit.

He had so perfectly captured the spirit our challenge was to try and come close with our visuals. I approached it how you would a music video – you want some bits to play against the song, some with, and sometimes you just need a robot nanny. It was always about how it interacted with the song. For instance in ‘It’s All family’ Walter (and his actual daughter) talk about feeding a wild otter. I knew I wanted to include an actual otter – absolutely any excuse – perhaps poking his head through a window in the background of that shot. Then I remembered the song finishes with a cymbal crash, and who better to deliver that? So that film kind of ends with three consecutive gags (fart bubbles in a hot tub, an otter cymbal crash followed by a comedy record scratch) which is probably sloppy direction but felt in the spirit of things. 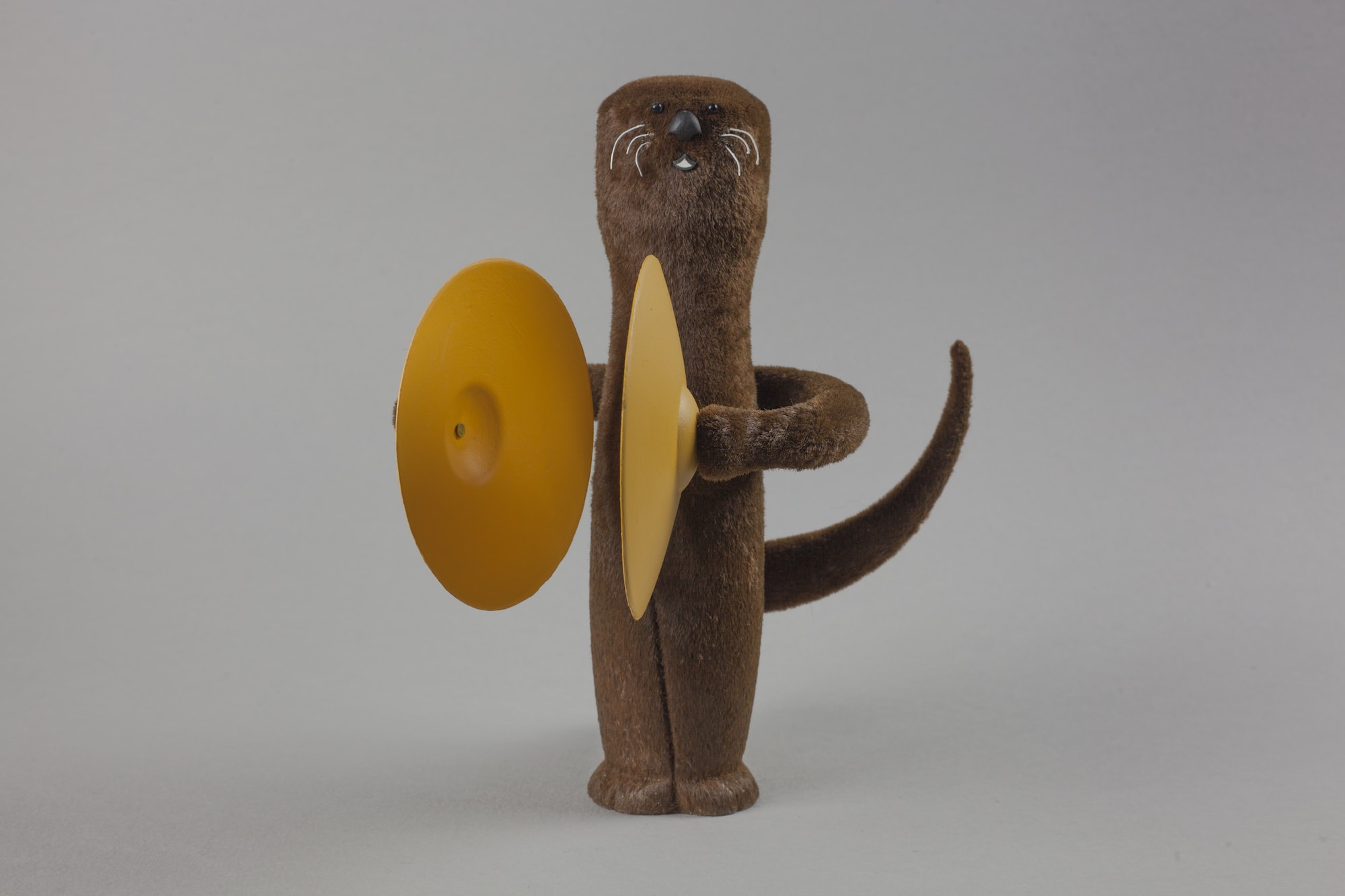 As far as goals, although it might not turn out that way I always set out to make something I haven’t seen before. I didn’t want people to hit autopilot when they watched these, the films needed to have something new about how they looked. Also rather practically, we knew most people would come across these whisking through their timeline, and needed something that would stick out.

The pace is a little slower than standard children’s television, going by what my kids watch these days. Considering the cast and what we were trying to say, the scenes needed a little room to breathe. We did add some Star Wars wipes to spice things up though. Once again, any excuse.

I love how the characters turned out, there’s a really charming range from the more formal to abstract. What was the process like working with Nous Vous and defining the look?

I was given free reign with the visuals so cooked up various scenarios in a series of very lo-fi storyboards. I didn’t want Nous Vous to feel constrained, so I deliberately avoided anything that hinted at character design in my scrawls. This meant a bit of a leap for the client and agency as the final characters would look completely different to my storyboards, which they needed to approve. Thankfully they were game.

Nous Vous are three nice men who are lovely to work with, and like any true artists the best thing you can do is step away and see what they come up with. The result was a beautiful blizzard of characters.

Pairing them with Andy Gent and his team was an experiment of sorts, like adding two ingredients together and seeing what happens. I knew it would produce something interesting! Being able to pair up people like that and watch the result is my absolute favourite thing about being a director.

A big part of the look was also the background design, which was by Callum Strachan, designer at Nexus. I thought it would be nice to have real environments to contrast our stylised characters and he ran with that. I don’t think I’ve seen someone come up with so much visual research and the results were beautiful.

So it was a gargantuan team effort. A beefy credit also goes to Gustavo Dao, a designer at 72 who came up with the beautiful title designs that open each film.

There is obviously a lot of cleanup work involved in puppetry. What was the post process like and what was the balance like between what could be captured in camera compared to what had to be achieved digitally?

Yes, cramming over 90 shots into a 3-day shoot meant our performances were very spontaneous but a little more run and gun than is ideal. Our 3D lead Mark Davies masterminded a very detailed post-production process. We did a lot of rig and rod removal in Nuke but we also kept in strings, fishing line and any wobble that didn’t feel distracting. The punch-ins in Step Up were added in Nuke too, using Tarantino as a reference.

Puppetry is lovely but we knew it wouldn’t give us a lot of minute controllable expressions. I had seen people like Jim LeFevre and Joel Trussell use facial animation on puppets to beautiful effect, so about a quarter of our characters had tracking markers instead of eyes and mouths. This way we could have them sing along with the song, react to each other, or just blink. Alasdair Brotherston is the Zelig of the commercial animation scene here in London, turning up on the best projects and I was lucky to be able to draft him into doing the very very silly facial animation. 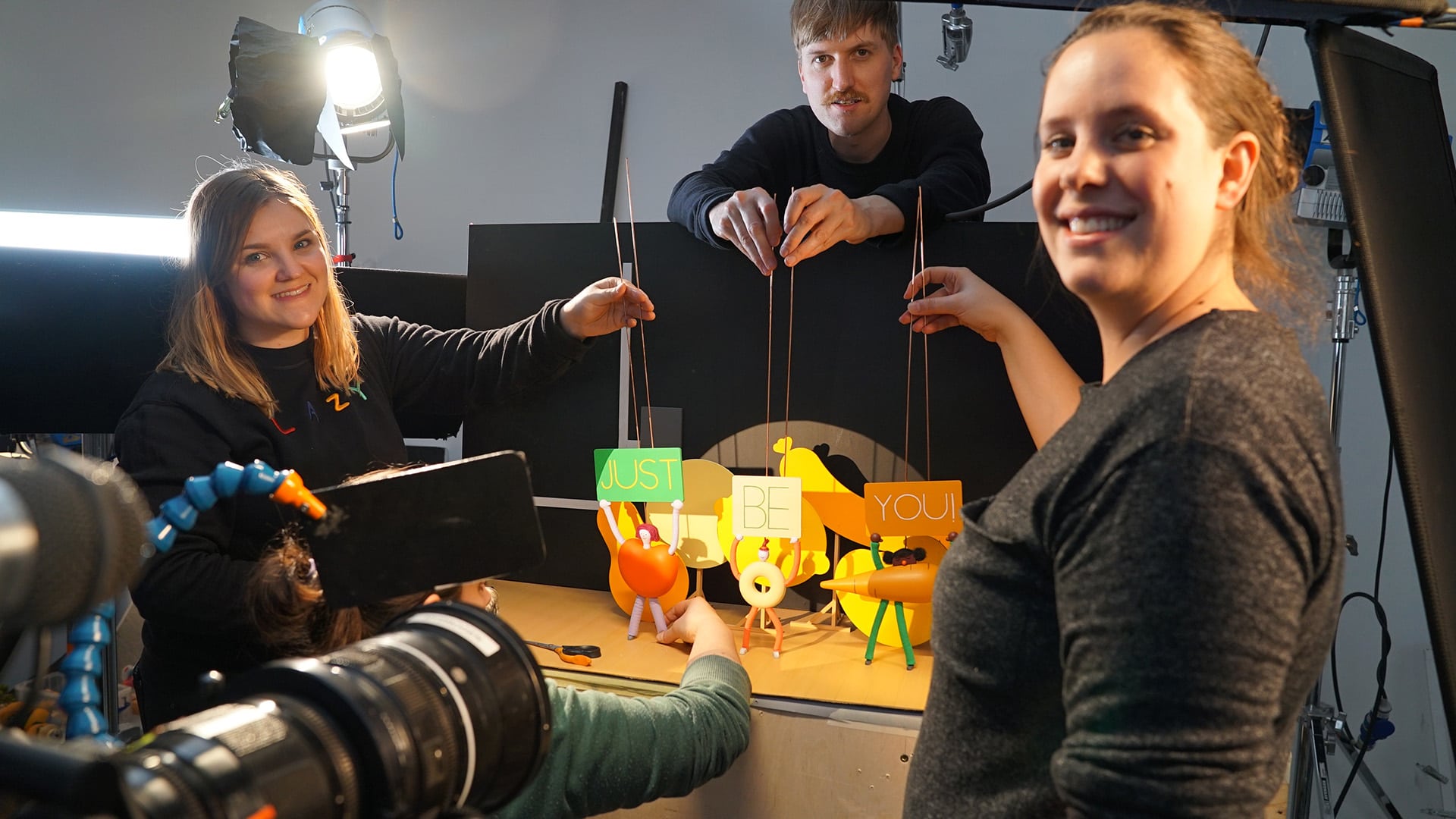 Out of the four films, do you have a favorite scene or character?

Character-wise, I’ve a squishy spot for the lonely girl having a solo lunch at the start of ‘Sit With Someone New’. She embodies the fear of the canteen situation, something that still chills me today as a fully-grown man in my late 30s.

Finally, what’s next for Johnny Kelly?

More puppets hopefully. And stop motion. And live action! I’m too greedy. Work isn’t supposed to be this fun, and from 12 years directing advertising I know these kind of briefs don’t come along often, so I count my lucky stars to have had this opportunity.