The duo behind Tiny Inventions is back with yet another amazing film.

As with all of Ru Kuwahata and Max Porter work, Negative Space is a beautiful and heartfelt story which exudes authenticity and a love for the craft of animation.

For years, everything Tiny Inventions touches has a look that is unmatched. They take the best of the practical and the digital worlds and create something that is uniquely their own.

In this Motionographer Q&A, I was thrilled to chat with Ru about what Tiny Inventions has been up to, the making of Negative Space, and what’s next for this dynamic duo. 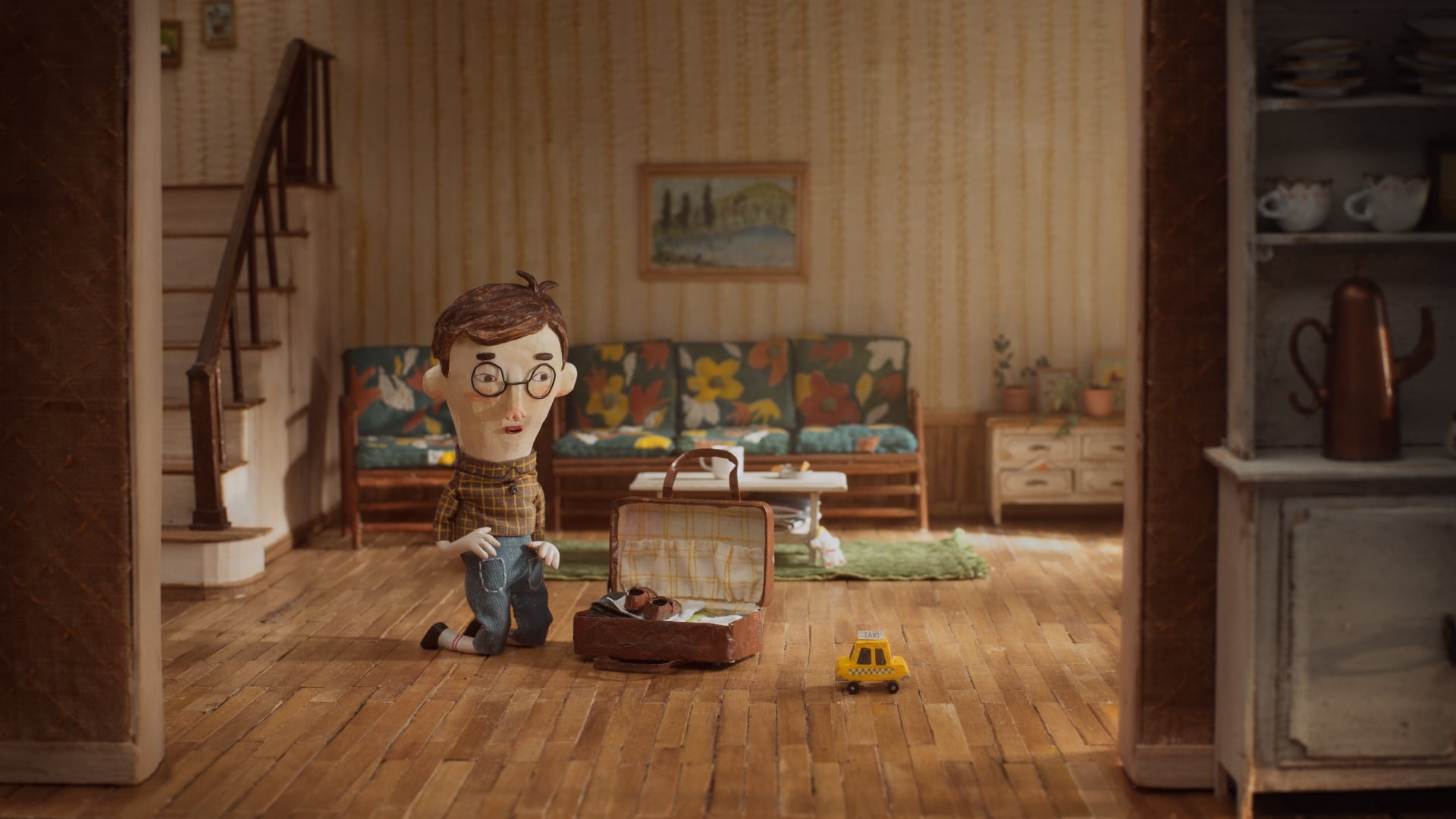 First, congrats on Negative Space! It’s a touching story told in such an unexpected way. Can you tell us how it all came about?

A friend of ours posted Ron Koertge’s poem, “Negative Space,” online and we connected with it deeply and personally. The poem has this rare directness, balances the sentimental with humor, and there’s room within the text for multiple interpretations. At 150 words, the poem was also short enough for us to see how animation could bring something new to the story.

Even though we directed the film with a specific and personal vision, we always wanted to keep enough space for people to bring their own experiences to it. It’s been a joy to read the hundreds of youtube comments discussing the meaning of the last line or having people at festivals relate personal stories to the film.

I imagine there are a lot of ideas and potential projects floating around your minds. How do you decide which to move forward on?

This is an important question and a hard one to answer.

With client-based projects, the criteria is logical. Is this a company/organization/campaign that I want to support? How bad do I need the money? Is the money worth the time? Do I have enough resources to make this happen within the deadline? These are calculator-and-flowchart decisions.
Self-initiated projects, however, are much more elusive. There’s no guaranteed outcome attached to them and it’s easy to get stuck in thinking that if I pursue Project A, it’ll be a success, and if I pursue Project B, everything will go up in flames.

We choose projects much more intuitively— not because we think they’ll be any good, but because we feel a connection to them and are curious to see what they might become. The idea is just the start and there are 1000s of subsequent decisions that make it what it actually is. It’s also important to mention that we’re never totally sure that we made the right choices along the way or if a project is going to be any good—doubt is always there, like a stitch in the side—but at some point, we just say “let’s finish the thing and move on.” 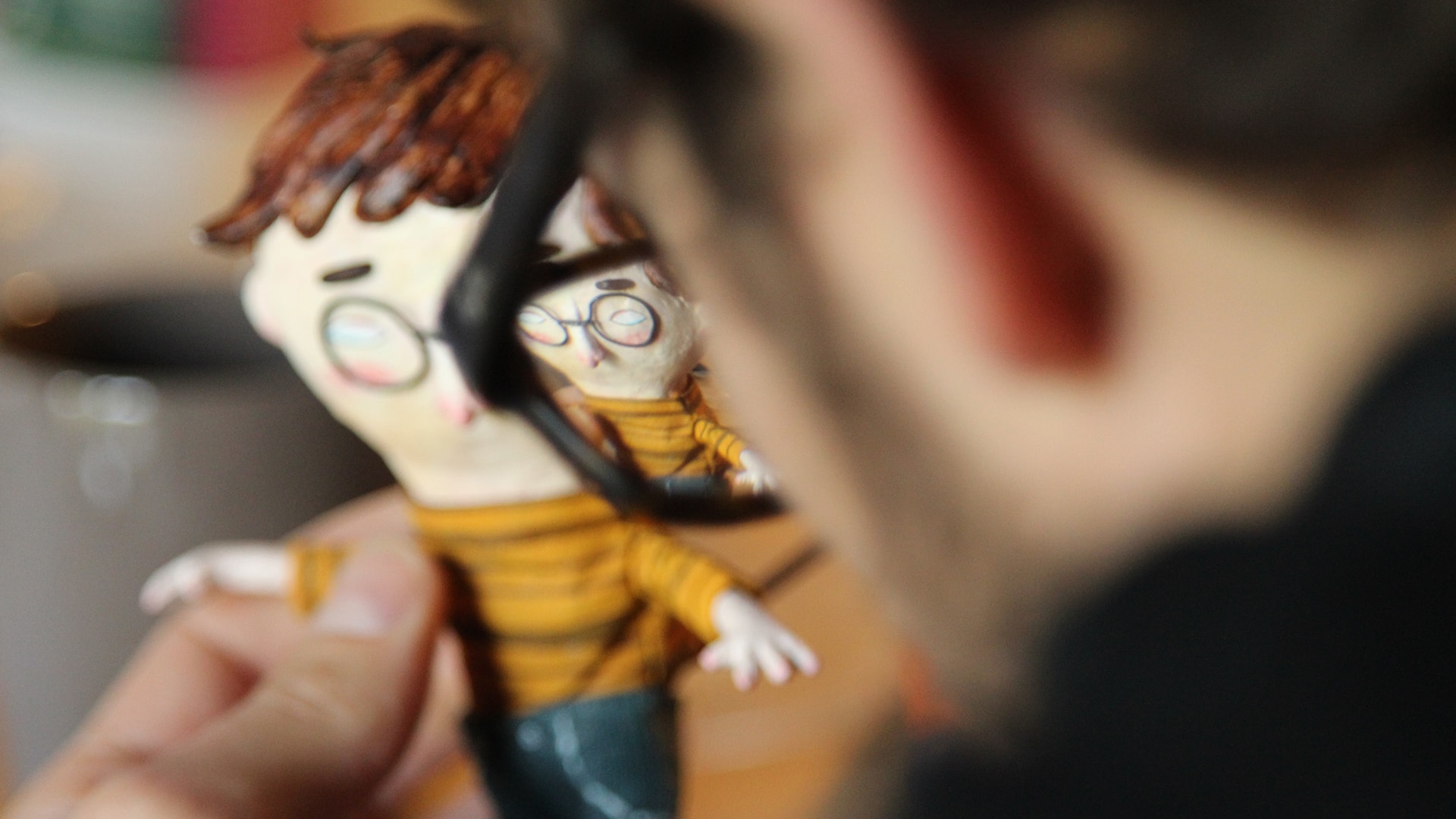 What were the early stages of this project like?

The early stage of development for “Negative Space” was relatively quick. We were clear from the beginning how we wanted to restructure the poem cinematically. We knew we wanted to use scale to show the character’s relationship to space over time. The visual metaphors and transitions flowed out in early sketchbook drawings.

The process that took the most time in development was figuring out how to transform the character designs into dimensional puppets. We experimented with over 30 treatments of materials and proportions before landing on one that worked. The rejects are, sadly, resting in our studio puppet graveyard.

Looking back on the process, was there a stage you enjoyed the most?

We had an unusual situation where we lived with our team while making the film. The majority of the production happened at CICLIC Animation (Vendome, France) and IKKI Inc (Orbigny, France) and our team members lived with us during the week. This structure allowed us to form special bonds with the people we worked with and we ended up spending a lot of time discussing our relationships to our own families.

Fabrication has been such an integral part of the work you have done over the years. How has this film differed from the others?

In general, the development and exploration of materials was similar. The biggest difference was that in our previous projects, we used a combination of digital and analogue animation processes, and fabrication choices were often made based on how the various techniques would blend together. Gravity, weight and proportion were less of a concern because most of the animation would be done digitally.

“Negative Space,” was a full stop-motion production and fabrication considerations were made, not just by how they looked, but how they moved in space. We spent a lot of time experimenting with everything, from how to control the wrinkling of cloth (backing fabric with a thin layer of plasticine and black wrap), to working with puppets that have giant heads and tiny feet (support rigs on everything).

Similarly, you’ve explored many technologies and techniques from film to film. What was it like going such a traditional route after the more recent CG-aided work like Between Times?

There are a few reasons why we combined CGI with stop motion in the past: First, we were interested in exploring how combining techniques could create something different than the sum of its parts. We looked at the compositing process as being similar to collage—you’re pulling parts from different sources to create a unified image. Second, our mixed-media approach was a practical consideration. Aside from sound, our previous films were made by the two of us over long periods of time, in between other work. Using hybrid techniques was a way to work with limited space and resources.

Partnering with IKKI Films and Manuel Cam Studio in France, we had a budget for “Negative Space” and decided right away that it would be a full stop-motion production. We felt strongly that the tone of the original text demanded a more direct, authentic process and we wanted the chatter of cloth to be an important part of the visual language. With digital animation, you can keep reworking a shot indefinitely and it’s difficult to say “good enough.” Stop-motion has a unique performative quality; a shot can be planned and rehearsed precisely, but what happens in curtained shooting bay is still unpredictable. 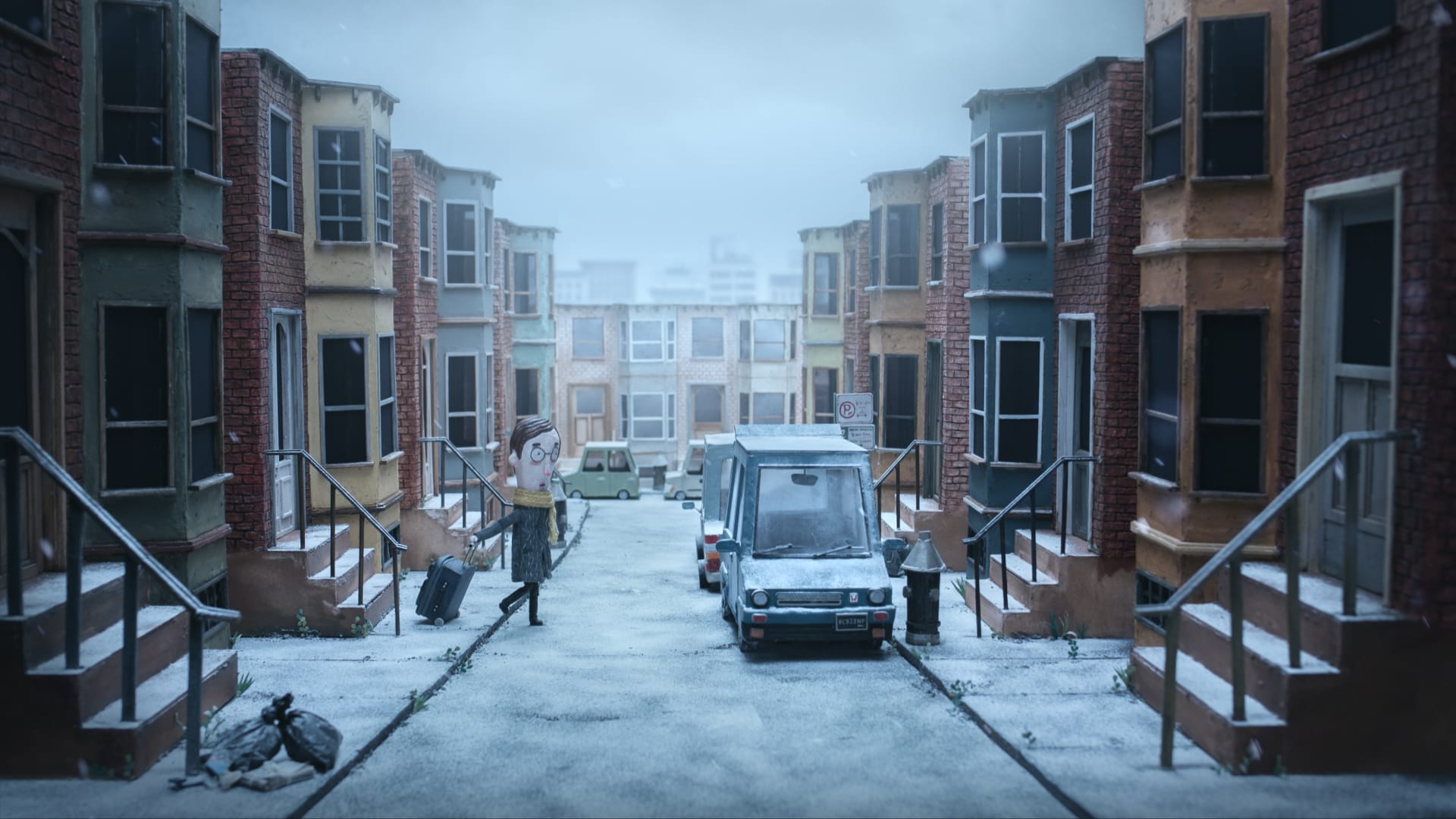 For years now, you have managed to create personal work as well as client-facing work. Is that still the case and what would you say the ratio of personal work to client work is with Tiny Inventions?

In our 12 years of collaboration, the ratio has definitely shifted. We started our career doing more client-based work but, slowly, the personal work part of the pie has expanded. One reason for that is Max became a full-time professor seven years ago and we’ve had some financial stability. Another reason is that we’ve actively sought out collaborations with European production companies and organizations that were willing to support the type of projects that we want to make.

Client-work is still an important part of our practice. It keeps us up to date with trends and technologies, and presents unique challenges that help us grow as creators.

Looking toward the future, what’s next for Tiny Inventions?

We spent the last 2 months in Denmark working with a visual development team on our first stop-motion feature film. This is an idea that we’ve been talking about for years and it’s incredible to see it becoming something real. *

*NOTE: The development was made possible through the support of the Rooftop Feature Film Fund, The Animation Workshop and the West Danish Film Fund. The script was supported by Sundance Screenwriting lab, Torino Script Lab and NEF Animation.

Negative Space has been supported in production by Ciclic-Région Centre Val de Loire, in association with the CNC. It has benefited of the support for original music creation by the SACEM in association with Ciclic. It has been hosted in Vendôme (France) from June 2nd to September 2nd, 2016, and from December 1st to January 31st, 2017. Ciclic is a public institution for cultural cooperation created by the Centre-Val de Loire Region and the French State. www.ciclic.fr.