For the second year in a row, the Minnesota Twins partnered with creative production studio Los York to produce their in-season campaign.

The campaign, which includes social, TV, and outdoor, was also extended into the stadium through game opening film and digital boards, setting the tone for all 81 home games.

We sit down with The Minnesota Twins and Los York to discuss the partnership in detail and the use of Motion Design in baseball.

Give us a brief introduction to yourself and the team.

I’m the Creative Dircetor for the MN Twins. I’ve been in-house since 2019 but spent the bulk of my career in the agency world here in Minneapolis. We have an internal team made up of designers, a Motion Designer, two team videographers, and a team photographer.

We are Los York. A shop that’s as hard to define as our name. Los York emerged from the ashes of mo-graph standout Stardust, over time evolving into a hybrid creative company. Three years ago, when I joined, we leaned even harder into helping brands connect with their audiences through design-driven work.

We’re a small and nimble team that boxes above our weight class. Answering the demands of a 162-game baseball season has made us develop an approach to creative work to support a “live brand”. It’s based in having a multitude of tools to pull from and feeling empowered as an individual creative to produce quality work quickly. Trust your gut and get it out into the world, so to speak.

Like our shop, the team was global. We blended those who were fans of the game (baseball) with others who had virtually no context. It proved to be a potent combo allowing us to craft an unexpected approach.

How did you find the right studio to help you produce the campaign?

We’ve been working with Los York for two years now. We needed an organization that could fill in the gaps in our internal team. Motion Design and PHD level conceptual thought is what we needed. LY has learned quickly what we need from them in such a unique environment (MLB). It’s been a great collaboration.

What was the original brief? Who was the target audience?

The initial brief was to lean into our bold, maximalist-driven campaign aesthetic and to do something that we haven’t seen in MLB. Our target audience was youth – 18 – 28 – and people that would consider themselves ‘a casual’ or even non-baseball fans. 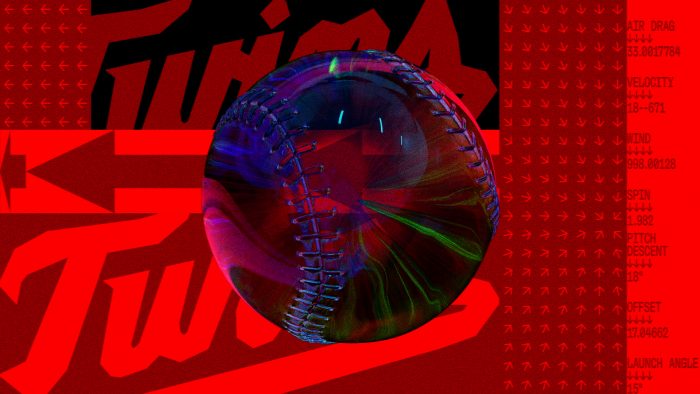 How do you think Motion Design helped achieve your goals for this campaign?

Motion Design gives us way more versatility in the content we push out during the season. We cover 162 games for the team, and having PhD level Motion Design to support the action we see out of our players is critical. We need to be able to engage our fans in a multitude of different ways. A tool kit of Motion Design assets allows my team to create within the design parameters set by the agency. 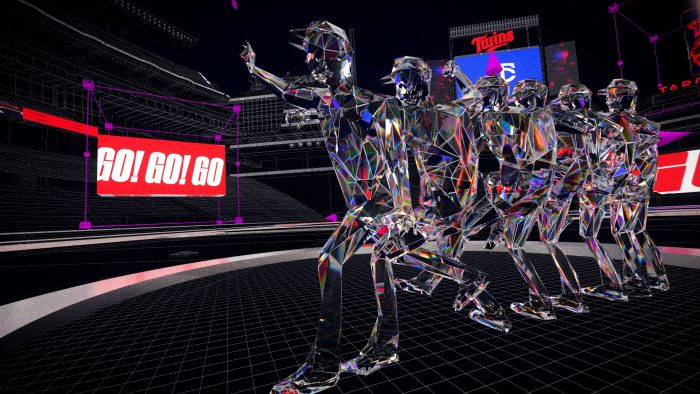 Motion played a critical role in the campaign. Sport is kinetic, and so was our mo-graph approach for this campaign. We merged styles, combining classic forms with a modern voice. We also played quite a bit with leaps between 2d and 3d.

How important was it to have Baseball knowledge going into a project like this?

Not much. We feel confident that our internal team can provide that knowledge. Luckily they have some people familiar with baseball and the Minnesota Twins, so it made it more fun.

That was part of the magic. Blend the team; some who get it deep down with others who only see the physical element.

How would you introduce the project to someone watching for the first time?

Want to see something cool? Seriously, we’re trying to modernize a 62-year-old baseball brand. Have you ever seen anything like this from an MLB team? 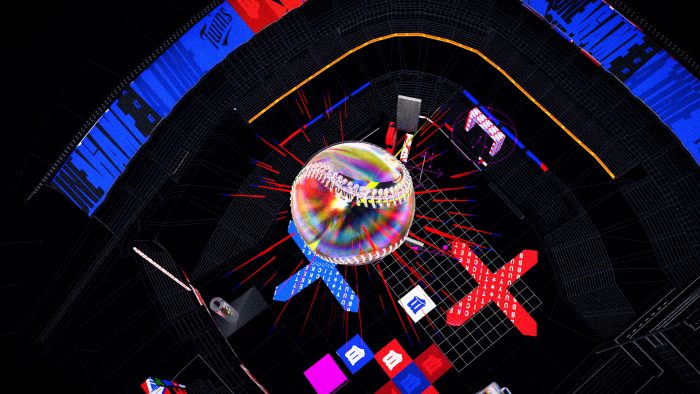 We had a rare opportunity to take a sport that’s drenched in the traditional and reimagine it for a future fan—drawing the next generation into the game with maximalist design and motion.

Take us through your process.

We began a creative development phase in December. We found alignment quickly with The Twins on where we proposed to go, so it made for a pretty easy process of locking in a general concept and then concentrating on editing and expanding into other graphics.

Having the ability to put the players “into” the work for our shoot was the most fun. We drove our LED boards down to FLA for the Spring Training shoot.

In previous years, a lot of the work was put around our professional athletes in post-production, making it more difficult to get an authentic reaction/energy out of them on set. This year, the players could see and feel the work as soon as they walked into the room. When we had players taking IG moments before the shoot even started, we knew we had something special on our hands. 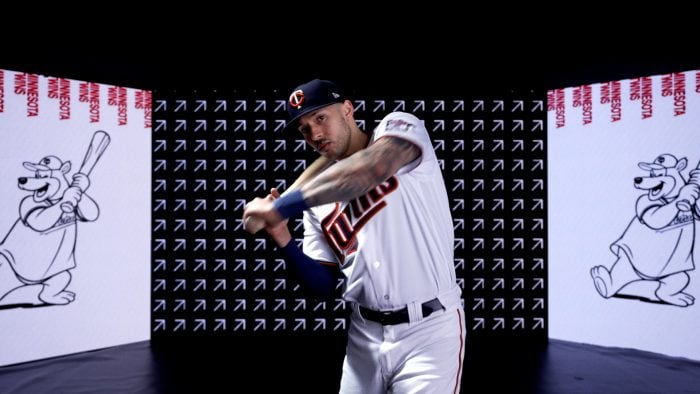 This project had us on our toes the whole time. Why? The clients wanted to disrupt baseball. We took that to heart, went for it, and had a lot of fun. One moment that stood out from the rest was the day we presented our final work to the client. We saw our excitement mirrored in them, and it carried all the way through the process of the work.

Did you have any other ideas you liked that you didn’t go with? What were they, and why did you turn away from them?

Yes, there was an idea to bring in Green Chroma props for the production shoot (green helmet, bat and blanket/flag/cape). We wanted to have players hold the green chroma blanket/flag in front of them to be able to put assets on it in post. It would have been awesome to have the players surrounded by design assets and have the final product have an added layer of dimension.

We looked at anything that would be considered HYPE. So many crazy ideas were born as a result: Baseball Transformers, Chroma Capes, Bear Balls, Diamond Players, Tron-like Field, Peeled Scoreboards, Heatmap Action, etc.

We wanted to honor the lifetime baseball fans but also present ideas and visuals that attracted a new generation.

The only major hurdle was around timing because of the MLB lockout. Not knowing when and where we were going to shoot created some difficulties with rentals, etc. Having a bunch of understanding partners is how we overcame.

Yeah, probably the toughest thing to navigate was the MLB lockout. The Twins were very clear throughout: keep proceeding as if the season was going to start on time. So we kept developing creativity in January that would hopefully get shot in the spring. Eventually, the MLB began canceling games while negotiations continued. To adapt, we chose to leverage past years’ shoot for the TVC spots and not rely on any new footage for the Game Open. That way, they could still have something ready to go when the strike ended.

Are there any other teams/sports using Motion Design that gave you inspiration?

Honestly, not really. A lot of the inspiration seemed to come from outside of the professional sports world.

We have received a lot of positive reactions to the work not only from the community but also from contacts at other MLB teams. We have started to observe other teams leaning into more Motion Design, which is flattering. We have found the perfect partner in Los York to continue to help us stay ahead of the trends when it comes to our seasonal design language.