CHICAGO – High-end editorial boutique Cutters is very proud to announce the promotion of Magdalena Hernández to Editor. The announcement was made by Cutters Chicago Executive Producer Heather Richardson. 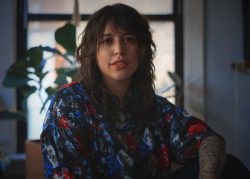 Originally from Bogotá, Colombia, and fluent in both Spanish and English, Hernández earned her BA in Filmmaking from Universidad Nacional de Colombia in 2015, then completed her MS in Cinema Post-Production at DePaul University in 2017. Joining Cutters that year as an Assistant Editor, Hernández has continuously pursued her passion for independent dramatic and documentary films. First place winner of the Camp Kuleshov Midwest Award in 2019, her work has screened at multiple prestigious film festivals, including Bermuda International, Black Harvest, Bogota Experimental, DocFest, Philadelphia Latino Film Festival, MSP International, SOHO International, the Sundance Film Festival, and many more.

At Cutters, Hernández has contributed to numerous high-profile commercials for brands such as The General Insurance, Hallmark, Modelo, Nissan, Ram, and Rocket Mortgage.

“In addition to being incredibly talented and hardworking,” said Richardson, “Magdalena consistently donates her time to pro-bono projects for non-profits, which inspires us all. We already have a long list of clients requesting her as lead editor, and we feel very fortunate to have her as part of our family.”

In the words of Cavalry Creative Director Heather Barnes, “Magdalena has some of the best sensibilities I have ever seen in any editor. She has a natural ability that you don’t see in everyone to tell a story, and do it effortlessly. I often love when an editor surprises me with something I was stitching together in my head, and does it better. Magdalena does that – and does it with a killer attitude.”

According to dentsu mcgarrybowen’s Group Creative Director Andres Arlia, “I’m thrilled to hear about Magdalena’s promotion. She’s an extraordinary editor and an amazing person. Looking forward to being in the studio with her again.”

“During my time at Cutters,” Hernández began, “my voice has always been received with care and attention. I’ve had the wonderful opportunity to work alongside some of the most talented editors and creatives in the industry, whom I’m fortunate to call both colleagues and friends. I’m excited to take this new step with Cutters, whose unconditional trust has supported me to refine my creative voice and pursue my career and personal goals.”

To view the reels for Hernández and all the Cutters editors, please visit http://www.cutters.com.

High-end editorial boutique Cutters is the flagship brand of Cutters Studios. Staffed with dozens of award-winning editors, Cutters has the proven ability to create the most powerful visual content imaginable. Located in Chicago, New York, Detroit, Los Angeles, Kansas City and Tokyo, Cutters’ talents are readily available to edit anywhere in the world.