Formed in 2001 by Co-Founders, Jeremy Lasky and Danny Gonzalez, Perception is a visual effect and design lab based in Secaucus, New Jersey. Appleton joined the Perception team in 2010 as a Junior Designer/Animator. In that time, Appleton has been the key creative force in designing title sequences, technology and stunning visual effects for films such as Marvel Studios’ Avengers: Age of Ultron and Spider-Man: Homecoming.

Appleton’s leadership and advanced artistic abilities have led him to excel in the visual effects community and within the Perception team. In 2021, Appleton became Perception’s Creative Director, where he took the creative lead on designing title sequences for Marvel Studios’ WandaVision and Loki. Appleton was later nominated in the 2021 Emmy Awards in the Outstanding Main Title Design category for his exceptional creative direction on Marvel Studios’ WandaVision.

“Doug has been with Perception for over 12 years in multiple roles,” said Gonzalez. “He is a VFX guru, a brilliant storyteller and an incredible world-builder. His design direction and animation abilities are second to none. From the first moment that he joined the team, Doug has been a vital and unmatched force on so many of our projects.”

Since becoming Chief Creative Director in May 2022, Appleton has led the creative process and oversaw the execution of several major projects, including crafting the main on end title sequence for Disney and Pixar’s Lightyear.

“It’s been an incredible honor to be trusted as Chief Creative Director at Perception,” said Appleton. “Throughout my time here I have had the opportunity to work on some truly amazing projects, from broadcast to interactive installations and real world technology, to working on some of the biggest blockbusters ever made. Every day here brings a new project that allows me to check things off a bucket list I never knew I had and work with some of the greatest minds in the industry, such as our new Creative Director, Greg Herman. He brings such a unique set of skills to Perception that will expand the types of creative projects we can create in the future.”

Herman has closely collaborated with Perception for nearly a decade. Herman began freelancing with the Perception team in 2013. His first project with Perception was designing, animating and editing the pivotal HYDRA/Zola narrative sequence for Marvel Studios’ Captain America: The Winter Soldier. 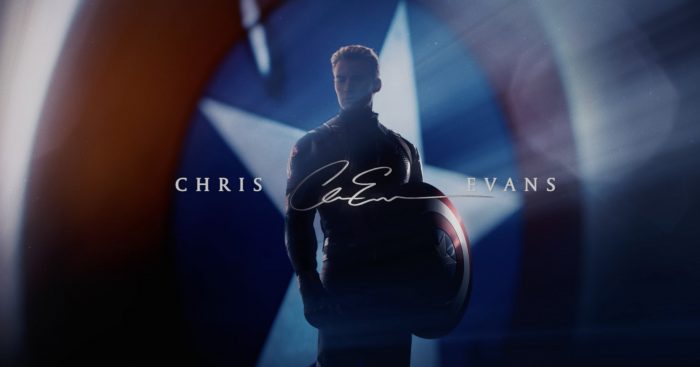 “Greg is true force of nature – in his boundless creativity, raw artistic energy, and incomparable talents,” stated Lasky. “He has the rare ability to get everyone around him totally fired up about the creative process, pushing the envelope with what is possible and raising the bar of design excellence.”

As of May 2022, Herman has joined the team full time as Creative Director, overseeing the creative direction and visionary process of several film, television, and real-world technology projects.

“Joining the Perception team as the new Creative Director feels like coming home,” said Herman. “I have come to know the team so well after collaborating for the last 10 years. I’ve been working with Doug for so long at this point that we can read each others minds. We support and compliment each other so well, and we match on so many levels. It’s great to officially be part of the family and add to this new chapter in the Perception history.”

The team at Perception is eager to work under the visionary eyes of Appleton and Herman on all future technology and film projects.

“We are beyond excited for our clients to get the chance to work with Doug and Greg, and cannot wait to see all the groundbreaking creativity that is sure to come,” concluded Gonzalez and Lasky. “It is rare to have the combination of talent like Doug and Greg. The innovation, insights and their sensibilities of technology will help continue the growth of Perception into the future.”

About Perception:
Perception is a team of design visionaries brought together to architect the future of technology for cinema, and the world’s most innovative companies. The two founders started the company in 2001 to pioneer a new era of motion graphics, becoming one of the first studios to blaze the trail of high-end visual effects all created on the desktop. In the last 21 years, Perception has evolved to break new ground in cinema and cutting-edge user experience design. The Perception team divides their days teleporting between the parallel dimensions of fantasy and reality. Whether working on the next superhero blockbuster or an intelligent and delightful experience for industries of the future, storytelling is at the very foundation of everything they do.