Hornet is proud to announce the public release of “Between Lines” by Sarah Beth Morgan– an award-winning reflection on schoolgirl bullying created by a team of over 30 women from around the world.

The narrative follows a young woman’s journey as she navigates isolation, exclusion, and anxiety bred from bullying by her peers. Out of this trauma blooms a sense of healing and connection that touches all audiences. Alongside a team of over 30 supremely talented women, Sarah Beth Morgan is spreading awareness of what this trauma is and what it does to someone, and letting them know they are not alone. 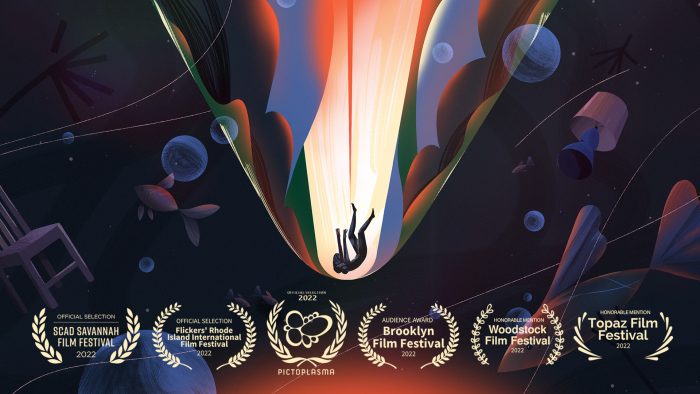 “In 2005, I was a victim of schoolgirl bullying. When I started 7th grade, my best friends began excluding me, calling me names, and terrorizing me over the internet and in-person. But then, in 8th grade, these same classmates turned around and decided to be my friends again- with no mention of the past year. I was too scared to say anything- but so happy to have my friends back- that I didn’t call them out or defend myself. This experience has plagued me with trust issues, has exaggerated my perfectionism and people-pleasing qualities. Anyone can be subject to this type of bullying, regardless of gender, race, ethnicity, class, or worldly location. I want others out there to know they are not alone and to see their story validated through concrete visuals. I want to pierce the viewers of this film with deep-rooted, gut-wrenching empathy. And I want people who have experienced this trauma to know they are not alone.” Director, Sarah Beth Morgan

“We’re so proud of the team’s efforts since production kicked off in 2019 and seeing the film find an audience through the last few years in the film festival circuit. Hornet joined forces to produce the film, since we instantly recognized the major impact Sarah Beth’s style and voice has to tell a human story. We hope this online release will help to foster more conversations and we’re so excited to see it out in the world.”  Hornet Managing Director, Hana Shimizu

“It’s been incredible to witness the impact the film has made on so many audience members and hearing firsthand how people have related to the story. It feels so unique and special to create something that really resonates with folks.” Animation Director, Taylor Yontz

“While the final film is something I’m extremely proud of, I’m even more proud of the close bonds we’ve created among our crew while designing & animating together. Sometimes it felt like one giant healing & therapy session, where we’d all work through our collective wounds together by creatively collaborating. ‘Between Lines’ was forged from trauma, but a sense of healing and connection sprouted from the creative process.” – Director, Sarah Beth Morgan

Sarah Beth is an animation director and illustrator based in Cleveland, OH. Her work is a mix of textural musings, graphic explorations, whimsical characters, and a firm yet fluid ability to weave it all together with conceptual storytelling. She is currently represented worldwide by Hornet.

Taylor is an animator and director based in Nashville, TN. After receiving her BFA in Character Animation at the Savannah College of Art and Design, she has curated a portfolio of 2D and 3D animations alike for commercial work, television, and narrative short films. With a soft spot for playful and colorful visuals, Taylor has a strong drive to create fluid and beautiful motion in a way that inspires heartfelt storytelling.

Rebekah is senior producer from Nashville, TN with experience in the motion design and animation industry. She’s produced projects for some wonderful studios and clients utilizing a wide range of 2D, 3D, and mixed media pipelines. She’s passionate about bringing stellar teams together to create meaningful and engaging work for clients and creative partners.

“Between Lines” is a short film by Sarah Beth Morgan, produced in association with Hornet.