On the heels of noteworthy additions such as Executive Creative Director Chadwick Halbritter and Partners Brandon Porter and Conor O’Neill, Nomad is continuing to expand its rich creative team with the addition of Senior Lead Flame Artist Steve Morris to its NYC studio. 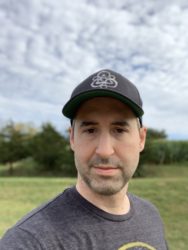 Morris joins Nomad after seven years as a Senior Flame Artist at Method, where he worked on campaigns for brands such as Squarespace (featuring Oscar the Grouch and a Super Bowl spot with Winona Ryder), Heath and Johnson & Johnson via UM, and Comcast for the Tokyo 2020 Olympics via Spark Foundry. Prior to Method, Morris spent nearly five years as a VFX Artist at Company3.

In addition to his vast library of commercial work, Morris is no stranger to long form content, having collaborated with Marvel on several projects including Guardians of the Galaxy 2 and The Defenders. His work has also been featured in blockbuster films like Drive, Tower Heist, Extremely Loud and Incredibly Close and Runaway, to name a few.

“The thing I love most about what I do, is that every commercial, video, movie, trailer and shot is a new challenge and something new to create,” Morris explains. “That’s what makes being a Flame artist so amazing. Every day is something different.”

As Nomad’s Senior Lead Flame Artist, Morris is looking forward to the prospect of being part of such a diverse and talented team. Initially attracted by the dynamic structure of Nomad’s organization, Morris cited becoming more intimately involved with the creative aspects of each campaign. “I wanted something new that would allow me to be more immersed in all aspects of the process, and since Nomad is known as a creative editorial company first, I loved the idea of being able to be involved in the projects from the early stages of post production.”

Nomad’s NYC VFX team has been growing exponentially over the past year, starting from integrating more CG and design jobs into their editing projects and now branching further into independent VFX realms. In addition to overseeing all this work at Nomad NYC, Morris will also help mentor other east coast artists, and will collaborate with Nomad’s international VFX teams in LA, London, and Tokyo.

Nomad Partner/EP Jennifer Lederman noted, “We value strong creative leadership coupled with a friendly personality as part of our ethos. Steve is such an essential conduit between the editors, directors, and clients, so choosing the right fit to represent our brand was an important consideration. As soon as we began talking, it was immediately obvious that he would fit right in. His incredible talent and vast experience were exactly what we were looking for. When you add that to his friendly demeanor, the decision was even easier.”

To help manage the fast growth in NYC, Nomad is also welcoming Head of VFX Production Alyssa St. Vincent. She joins the company from her most recent role as Executive Producer for Taylor James / Smoke & Mirrors. Prior to that, she served as an EP for Strange & Wonderful and Eight VFX, where in addition to her commercial work, she also worked on films like Cary Fukunaga’s Beasts of No Nation and Craig Gilespie’s I, Tonya. Her impressive credits include work on brands such as BMW, Rolex, Nike, AT&T, Puma and Mountain Dew, garnering multiple awards at Cannes and the D&AD Awards. Additionally, St. Vincent and Lederman served on the AICP Board of Directors for a number of years together. St. Vincent summarized, “I love the energy at Nomad, and I’m so happy and looking forward to jumping in during this exciting period of growth.”