Marvel Studios’ Thor: Love and Thunder is in theaters now, entertaining fans around with world with a new journey for the God of Thunder—one of self-discovery. Perception designed the main on end title sequence for this highly anticipated film, focusing on crafting unique and original logos for each credit. 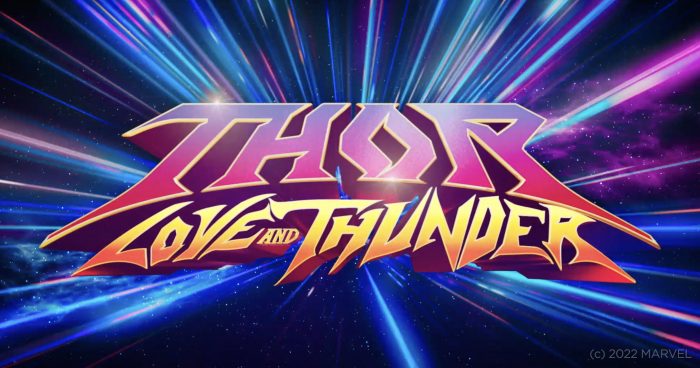 For over a decade, Perception has been designing cinematic title sequences for films and series across multiple genres. Some of the team’s most notable title sequences include Marvel Studios’ Black Panther, Avengers: Endgame, and WandaVision, which earned Perception a nomination in the Outstanding Main Title Design category at the 2021 Emmy Awards.

“For this title sequence, we developed a large, colorful, Thor-themed rock concert,” said Doug Appleton, Chief Creative Director at Perception. “The main concentration outside of the vibrant background and rock music track was custom designed typography for each person’s name, all inspired by hair metal band logos of the ’80s.”

Perception worked with a team of custom lettering designers to craft and stylize the intricate logos. The goal was not only to create unique and bold typography, but to also ensure that each name was clear and legible. In total, Perception developed over 250 custom type face explorations to perfect each style. 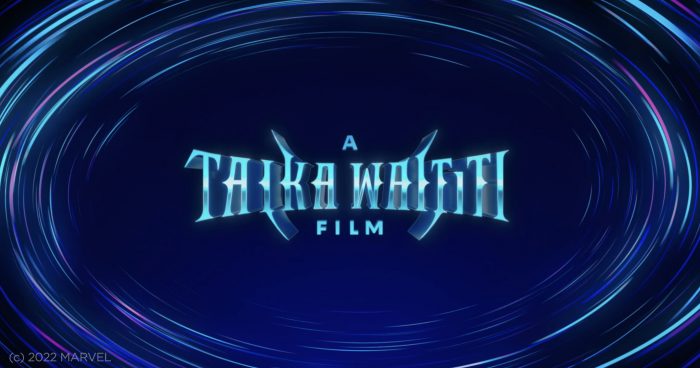 “What made this sequence extra fun and exciting was developing these bold and dynamic logos that reminded me of old metal band album covers,” said Danny Gonzalez, Partner and Co-Founder of Perception. “It was a huge honor to work with the talented team at Marvel Studios to bring this battle-of-the-bands sequence to life.”

In order to make this sequence even more personal and celebrate their collaboration, the Perception team customized each logo to everyone who worked on the film. 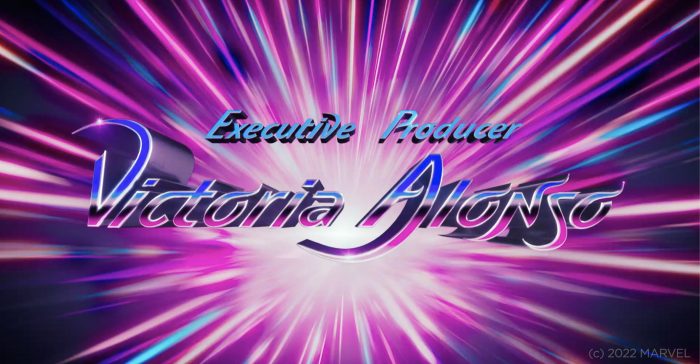 “The whole team at Marvel Studios is so passionate about these films and we wanted to honor that,” stated Arianne Wotzka, Senior Producer at Perception. “We personalized each name, considering everyone’s own style, personality and even musical taste. It was a really interesting way to test out different designs and aesthetics for the various names and combination of letters we were presented with.”

“We’re honored and grateful to have the opportunity to collaborate with the visionary filmmakers and leadership at Marvel Studios on this milestone film, the first time there has ever been a 4th sequel of any Marvel Cinematic Universe character,” concluded Jeremy Lasky, Partner and Co-Founder of Perception. “Thor is such a rich and textured character, and we love where Director Taika Waititi has taken him since Thor: Ragnarok—and in Thor: Love and Thunder, we get to journey to a whole new level, cranked all the way up to 11!”

Perception is a team of design visionaries brought together to architect the future of technology for cinema, and the world’s most innovative companies. The two founders started the company in 2001 to pioneer a new era of motion graphics, becoming one of the first studios to blaze the trail of high-end visual effects all created on the desktop. In the last 21 years, Perception has evolved to break new ground in cinema and cutting-edge user experience design. The Perception team divides their days teleporting between the parallel dimensions of fantasy and reality. Whether working on the next superhero blockbuster or an intelligent and delightful experience for industries of the future, storytelling is at the very foundation of everything they do.

Marvel Studios’ “Thor: Love and Thunder” finds the God of Thunder (Chris Hemsworth) on a journey unlike anything he’s ever faced – one of self-discovery. But his efforts are interrupted by a galactic killer known as Gorr the God Butcher (Christian Bale), who seeks the extinction of the gods. To combat the threat, Thor enlists the help of King Valkyrie (Tessa Thompson), Korg (Taika Waititi) and ex-girlfriend Jane Foster (Natalie Portman), who – to Thor’s surprise – inexplicably wields his magical hammer, Mjolnir, as the Mighty Thor. Together, they embark upon a harrowing cosmic adventure to uncover the mystery of the God Butcher’s vengeance and stop him before it’s too late. Directed by Taika Waititi (“Thor: Ragnarok,” “Jojo Rabbit”) and produced by Kevin Feige and Brad Winderbaum, “Thor: Love and Thunder” opens in U.S. theaters July 8, 2022.