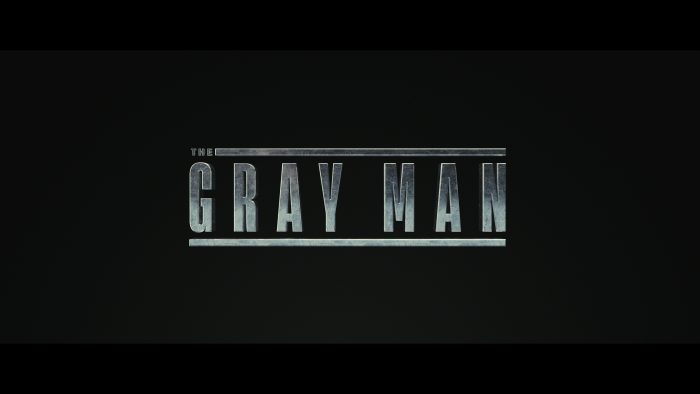 With the directors turning once again to their longstanding collaborators at one-stop cross-media production company Sarofsky for sublime storytelling graphics, including the film’s main title treatment and main-on-end (MOE) title sequence, once again, the iconic visual results speak for themselves.

Since starting out with the Russos in 2009 by creating the now-celebrated main titles for “Community,” Sarofsky went on to mint vintage titles for the Russo-directed series “Happy Endings.” Then came Marvel’s “Captain America: The Winter Soldier,” the first of Sarofsky’s many subsequent design adventures in the vaunted Marvel Cinematic Universe. With the studio’s collaborations soaring to new heights and even involving a few other A-List directors, to this day, nothing generates more excitement than a call from the Russos.

“Erin Sarofsky is an esteemed collaborator of the highest standard,” the Russos began. “We have partnered with her on many projects throughout the course of our career, and she consistently delivers incredibly inspired and elevated creative. We are thrilled and honored to have her work showcased for this film.”

In the words of Owner and Executive Creative Director Erin Sarofsky, “We are so grateful to have a long relationship with the Russos. We couldn’t be happier to be a part of their trusted team.”

Erin continued, “When they briefed us for this project, the discussion included the main-on-end, a main title treatment, and typographic locators throughout the film. We were engaged early in the filmmaking process, which allowed us to do a comprehensive exploration before landing on the final approach. Our goals were to honor this film and forge a legacy film brand at the same time.”

Another veteran of numerous AGBO productions through Sarofsky, Creative Director Duarte Elvas described the many benefits arising from the rare situation of boarding a project in the script phase. “This collaboration took place through a series of brainstorming sessions which included the film’s editors Jeff Groth and Pietro Scalia, cinematographer Stephen Windon, VFX supervisor Swen Gillberg, and many other key creatives. This happens mainly in case the main title ideas affect production in any way.” 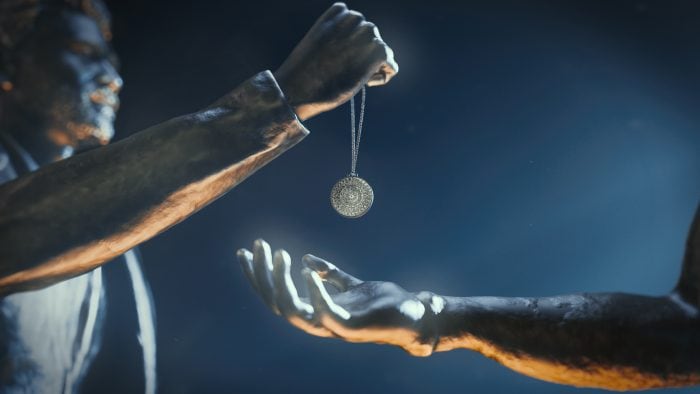 For “The Gray Man,” the directors sought to create an iconic, standalone MOE to establish the visual connective tissue for the film and franchise. “The whole team really responded to the styleframes we created showing a sculpture of Six in an empty set inspired by the production design deck,” Elvas explained. “Embracing this look allowed us to visually connect the title card shown at the beginning to the main-on-end title sequence; the opening scene transitions into a sculpted world, very similar to the vignettes we recreated at the film’s conclusion.”

In its novel approach transitioning between real characters and sculptures, Sarofsky’s team also heightened their MOE sequence with a moving camera point-of-view and lights. These engaging effects add yet another nuanced aspect to their thoughtful design touches for “The Gray Man”’s brand identity, inspired by the film’s music, story, pacing, and overall production design.

For the 20-plus global locators or “chyrons” featured throughout the film, the designers were careful to honor each stunning establishing shot while still clearly identifying its location. Resolving this challenge boldly, the team used translucent fill and larger type for their letterforms.

“There is a strong graphic unity which we achieved with a consistent typography treatment from the logotype, to credits on the MOE, and the locators as well,” Elvas confirmed.

Representing Sarofsky’s second massive CG project so far this year, “The Gray Man” draws on the studio’s deep investments into its talents and capabilities in this realm.

“Creating CG renders for the big screen requires a level of fidelity and definition that is much higher than our work for television,” said Sarofsky’s Managing Director/Executive Producer Steven Anderson. “Also, similar to other feature film projects we’ve worked on in the past, we had to work within the Academy Color Encoding System (ACES) color pipeline common to all of the film’s VFX vendors.”

Going deeper into the company’s pipeline, here are a few noteworthy technical details.

• Adobe Premiere was used for editing through edit lock

• The final deliverables were conformed in Autodesk Flame

• Frame.io allowed the team to seamlessly manage hundreds of internal and client notes gathered from contributors spanning the globe

Director, creative director and designer Erin Sarofsky kick-started Sarofsky in 2009 and formed a group of extraordinarily talented makers who have been providing their services to leaders in the advertising and entertainment industries worldwide. Today, Sarofsky’s makers use animation, visual effects, motion design and live-action to collaborate with customers from concept to delivery, producing work that is visceral, innovative and diverse. With artistry that encapsulates in-house long format, sublime commercials, brand films, title sequences and much more, Sarofsky’s reputation for breakthrough design, its proven multi-media production expertise, and its fabulous Olson Kundig-designed studio in Chicago’s West Loop all constitute key components of the attraction. Learn more at https://www.sarofsky.com.