LA-based SixTwentySix Productions has signed internationally-recognized director Jasper Soloff. He joins the studio’s roster exclusively for music video representation in the US. 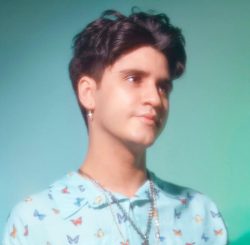 Born and raised in NYC, Soloff is known for colorful, bright, and bold visuals queering the gaze through fashion, movement, and self-exploration. Studying cinematography and fashion photography at Sarah Lawrence College and Central Saint Martins, he honed his talent in directing. By becoming immersed in a world full of designers at a young age, Soloff was able to discover both his directorial and editorial photographer eye which aided in chartering his vision and relationship with art.

“I am so excited to announce that Jasper Soloff is joining the SixTwentySix family! Jasper’s work first caught my eye with his music video for Tinashe’s “Rascal”,” shares Jake Krask, SixTwentySix Co-Founder and Managing Director. “That’s when I knew we needed to be a part of his success as a director and utilize the SixTwentySix machine to help elevate his career. Jasper has an incomparable ability to tell mesmerizing stories with bright production design and tasteful color palettes that bring a truly unique aesthetic to the music video world.”

As a director, Soloff specializes in and takes particular care to engage the viewer with fast-paced movements, using vivid colors as a descriptor of how one feels and wants to express themselves. Much of Soloff’s art is grounded in movement, whether it be a great deal of camera movement or dynamic movement direction with his subjects. A considerable amount of his work is with the queer community and whether it be in front of or behind the camera, Soloff believes it’s crucial to have diverse representation in his work, allowing stories to be told that aren’t necessarily at the forefront of mainstream media. He strives to capture people for who they truly are and not what one may necessarily project onto them. Pure authenticity in storytelling is incredibly key and important to Soloff’s own person and his projects. 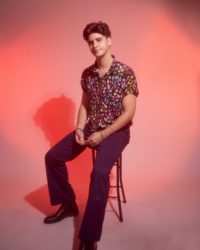 Soloff has built an impressive portfolio in his young career, including work for this summer’s global campaign for Gigi Hadid with Maybelline, and music videos for notable artists and talents like Tinashe, Tate McRae, Dove Cameron, and Billy Porter. Along the way Soloff has also accumulated prestigious titles in recognition of his work. In 2018, he was honored as VFILES Photographer of the Year in addition to being named one of the most exciting newcomers of the year by Vogue Magazine.

“I’m super excited to join SixTwentySix and to see where this journey takes me,” remarks Soloff. “I’m looking forward to expanding my work with such a young and exciting team of people. I think young voices are really powerful.”

Upcoming, Soloff is working on another new music video project for the acclaimed Emmy®, GRAMMY®, and Tony® award-winning actor Billy Porter. In addition to SixTwentySix, Soloff is represented globally for commercials by Estelle Leeds.