I still remember the first time I saw Guilherme Marcondes‘ mixed media short, “Tyger.” I understood immediately that I was seeing the world through a different mind, one that blurred the line between fantasy and reality, dream and fact. With its visible puppeteers, nebulous plot and magical atmosphere, the “rules” of short films didn’t seem to apply to “Tyger.”

I liked that very much.

That was eight years ago, in 2006. Since then, “Gui” has embarked on a fruitful path of commercial production, represented by Hornet in the US and Paranoid in his homeland of Brazil. Recently, though, Gui decided to leave Hornet and strike out on his own.

This was a bold decision, and it got me curious. Gui took some time to explain his thinking, and in the process revealed quite a bit about the industry at large. 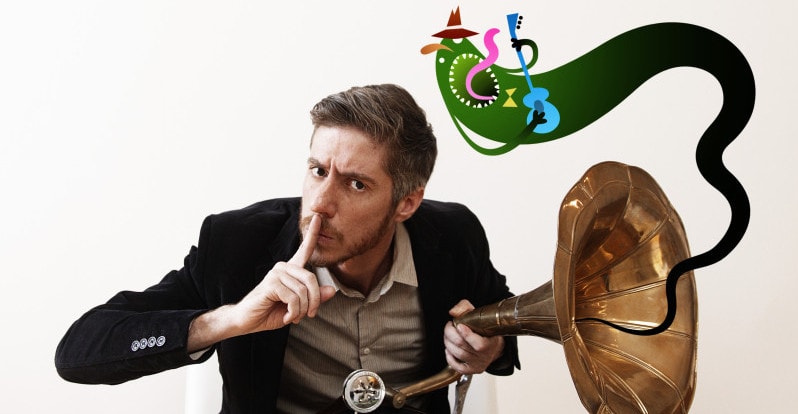 Before we talk about leaving Hornet, can you explain to our readers what it means to be on a prodco’s roster? To put it another way: Why would a director want to join the roster of a production company? What benefits would he/she get from it?

You can benefit from it in two ways: Sales and production support. The production company will go out there with your reel and try to sell your work. If you pitch something, they will help you produce it. At its best, the representation will expose you to work you wouldn’t be able to get by yourself and enhance your production power enabling you to do bigger and better jobs.

In reality, it is a little more difficult. A good flow between a director, a production company and the clients can be hard. You have to find a place that has experience with the kind of work you want to do (that means they probably have a good influx of work) but at the same don’t have too many directors similar to you (or you will compete internally too much).

Also, have in mind that you are handing over sales and a lot of production aspects (including budget) to a third part and you should always pay attention to how they are handling that.

What has lead you to strike out on your own?

I had a great time at Hornet, and our goals matched for a while. But now I want to expand my work in directions that are different from the path they have been taking lately.

Are you worried about finding work on your own? If not, why?

You are always worried, even if you are with representation.

The way it works is that the production company will give you a cut of the work they turn in, but there is no guarantee they will turn them in. When you are solo, you will have to do your own sales, which is a lot more work — but it can open new doors. I just finished a couple of projects that I would not be able to get through my past representation.

The balance of power between clients, agencies and production companies has been shifting over the last several years. It seems that working direct to client is an increasingly popular option for independent directors.

Has that been your experience, too?

Yes. Many clients are beefing up their marketing departments and going straight to directors and production companies.

I just did my first direct to client project. It is a different talk — you have to sell the idea to executives. They are creative executives, but it is different from dealing with a creative director at an agency. The agency filters a lot of the client’s internal politics and when you go direct you have to be prepared to deal with that side of things.

I also had to assemble a production team in Brazil (the shoot was there) from NY. That is something a production company will deal with for you but I had to do it myself. It was a good experience overall and although you have more work, you also have more control over the creative (not having the agency) and the budget (not having a rep).

The market in the US is huge, and the projects tend to be better — but there is a lot more competition, and the economy is not that vibrant right now. In Brazil, there is less of the kind of work I do (it’s mostly live-action comedy there), but when the opportunity arises, I have better chances of landing the job.

For my own projects, other things come to play. In Brazil, there is a reasonable amount of government funding for film projects, not so much here in the US. Also, on a personal level, I find it easier to come up with stories that take place in my home town São Paulo.

In general, Brazil is an upcoming place with lots of excitement and creative energy but still rough around the edges. The US seems to be saturated in lots of ways, but the production quality here is undeniably higher.

Your short film “Caveirão” (embedded at the top of this post) is being screened around the world right now. Why is creating short films important to you?

The short films are the center of my production. That’s where I can apply everything I know to hopefully make something that will be interesting to other people. That’s the highest gratification.

Commercials are a great training ground. It’s hard — it is humbling and you have to be a really good craftsman to survive. I can’t speak for everyone, but commercials taught me discipline I would hardly attain by myself. It can also be great fun sometimes but in the end you are always selling a product — and that is not enough.

We know there are filmmakers who would never make a commercial out of principle, and we also know others who couldn’t care less about the “artist” thing. I am somewhere in between, as a lot of other people are, and it is always hard to find a balance between these two worlds.

Are you working on any new projects now?

I am developing a couple of feature film projects. It is a long, long road but I guess you have to be stubborn and keep believing you will eventually be able to produce it.

I want to use a similar international co-production model to “Caveirão,” where I financed and shot the live action in Brazil and did the post-production in the US and abroad.

Can you give advice to aspiring young directors? What should they be doing to make sure they have the options they want to have later in their careers?

I would say keep doing your own projects besides the commissions. It is easy to get lost in the short term goals like making money.The whole system reinforces that.

Your own projects will make you lose money and will not always find the recognition you hope for (until it does). It can be frustrating in the moment, but it pays on the long run.