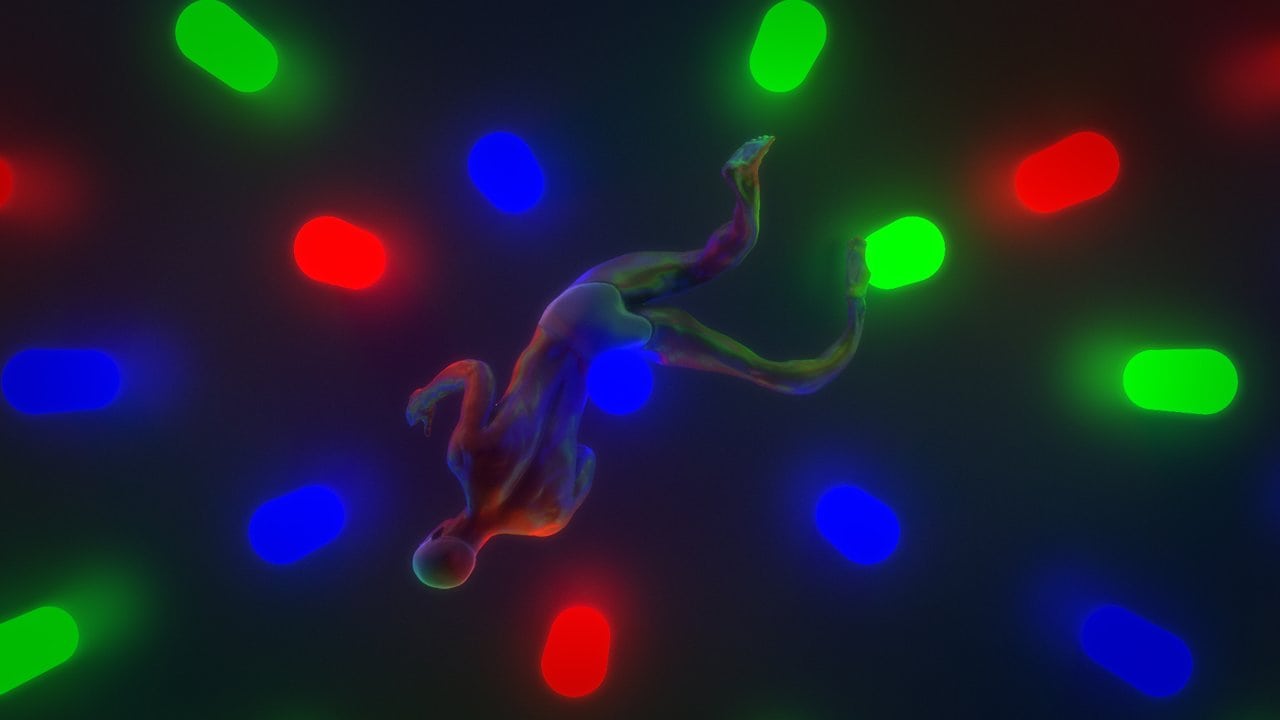 In the early days of my career, I bought into something I now call “The Myth of the Rockstar.” It goes like this:

You are born with innate talent. You spend your childhood exploring this talent, following your bliss, defining your dreams. You go to the best art school, and you are the envy of all the students.

Your latter years are measured in trophies, monographs and frequent flyer miles from all the keynotes you give at design conferences. Some decades later, you die a legend. Which means you never really die.

That’s how The Rockstar Myth goes. There are, I suppose, a handful people who have actually lived this myth verbatim. But in truth, it’s a composite of thousands of people’s journeys, a romanticized montage of personal potential rendered as a flawless projection.

In other words, it’s bullshit.

A real journey is a beautiful mess

It seemed that Albert Omoss was following the path of the Rockstar — in the beginning, at least. At a very young age, he knew he liked working with computers, and he followed that passion with gusto.

But then things went sideways.

Albert’s journey, like so many journeys, is inspiring precisely because it deviates from the yellow brick road to success. It’s messy and honest and shot through with hardship. Yes, it includes landing a job at beloved studio Buck, but it’s so much more than that.

Read on and see if you relate.

Albert’s story, in his own words

I’ve been computer programming since I was 8 years old. It was always my favorite thing to do. I would make simple games and needed to make graphics for the games, so I would explore all sorts of graphics software, but never really considered myself a designer or artist, even though I loved to draw. I enjoyed making graphics, but thought at the time that it was all in service of my programming projects.

My high school had an amazing computer science program. That was the first time I got formal training in the field. In all my other classes, I would just draw pictures in my notebook.

When I graduated high school, I went to a university for computer science and just hated it. I was bored and frustrated having to relearn everything I had been learning since I was a child. I also realized I didn’t just want to program; I wanted to do something more creative. I never went to class and basically wound up failing out of school. The whole experience made me question going to college or working in the field of computer science at all.

My parents were very upset. They wouldn’t let me move back home. I returned to my high school job of working at a dry cleaners. Eventually, I decided to try to get a job at Costco, mostly because it seemed like more of a career. 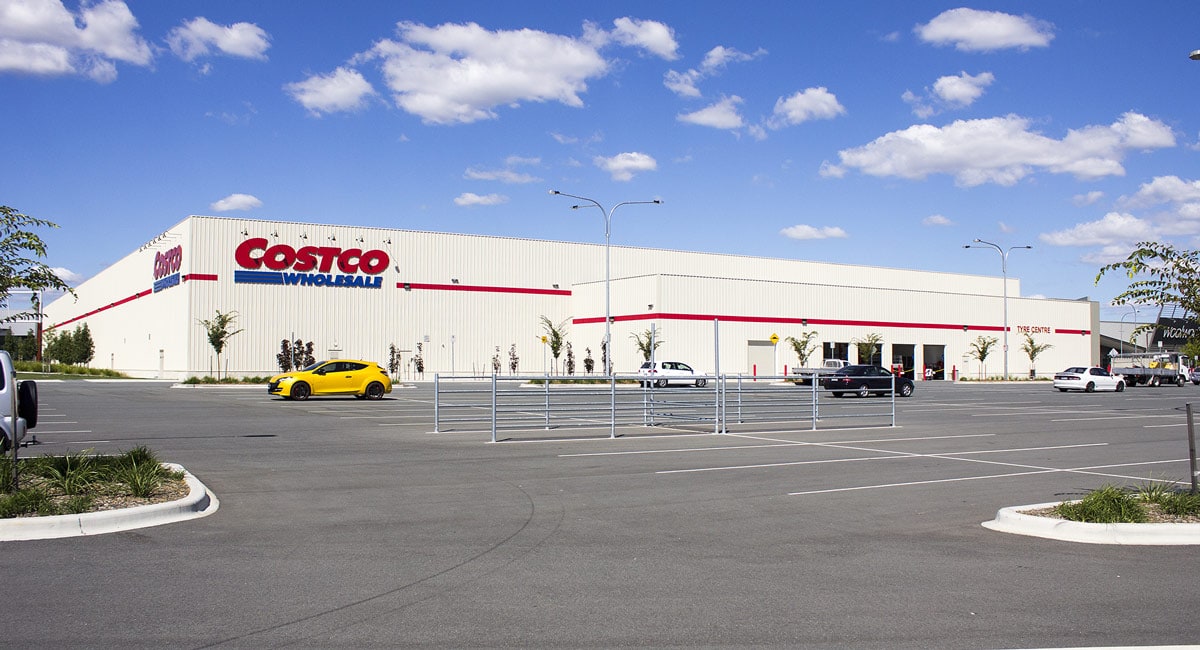 One of Costco’s 649 locations (not the one where Albert worked). Source: Wikimedia Commons

I worked there for 3 years. Moving from pushing carts in the parking-lot up to being a supervisor. I was making decent money for a 21 year old, but it just wasn’t fulfilling for me. I tried to apply for a programming job at corporate, but they wanted someone with a CS degree.

I think that was around the time I discovered Motionographer. I think it was in 2007. I had always been aware of motion graphics on TV and in Film UI, but didn’t know what it was even called at the time. It seemed like the perfect field for me to blend my technical skills with my creative passion.

I searched online and found a school called Ex’pression in Emeryville, California, which was one of the only schools I could find that had a Bachelors degree program for Motion Graphic Design.

I gave my notice at Costco and immediately moved to the bay area to attend Ex’pression. I thought I was following my passion but was still unsure of my choice to abandon the career I had built.

Three months after starting school, my younger sister, Erin, who was an amazing artist, died in a car accident. It completely destroyed my world and devastated our family. I wanted to move back home to be with my parents, but they insisted Erin would have wanted me to continue pursuing my passion for art and design.

Feeling that incredible weight on my shoulders, I poured my entire soul into the craft. Every waking moment was dedicated to learning and creating. I just wanted to be the best, and to make up for all the work my sister would never get to create.

I spent a lot of time outside of school working on personal projects. I was trying to craft the perfect reel so I could secure a good job right out of school.

I wound up landing an internship at Buck, and the rest is history. They hired me as a staff employee and I’ve been working there ever since. It’s been more than four years now. 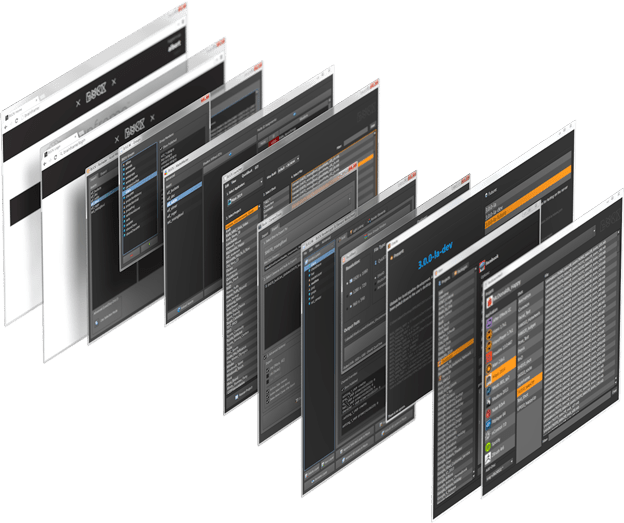 “Starting in 2010 I began designing and implementing artist tools at Buck. In the years since I’ve developed numerous tools and software systems integral to the production process.”

I started out doing mostly After Effects and C4D animation. Now I mostly architect the pipeline, program tools, and do FX on any spots that need it. My official title is Creative Technologist.

I think that designing for commercials is not really for me. Companies typically want their commercials to be light, fun, and easily digestible. For me, the most compelling work has usually been the exact opposite of that.

I like to experiment with a wider spectrum of emotional complexity in my personal creative work. It seems to me that everyone, no matter what they do, has the desire to express themselves through some act of creation. In this industry, it’s very easy to get confused into thinking you’re fulfilling that need to create when you design for a client.

It took me several years working in commercials to realize that to truly satisfy my need to create I would need to do personal work outside of my regular day-job. When there is no client involved, you have a lot more freedom to create something emotionally authentic. I guess, for me, that’s what separates design from art.

Design is for a client, art is for your soul.