Filmmaker George Lucas famously declared, “The sound and music are 50% of the entertainment in a movie.” Everyone I know who’s crafted a film or animation or game or audio-visual experience agrees with that sentiment.

And yet the people responsible for sound design and music composition are often the last line item on a budget (if there’s any money left for them at all). Perhaps because it’s so visceral, so invisible, sound is taken for granted.

CypherAudio, one of the most posted audio houses on Motionographer, isn’t complaining, though. John Black, the man behind the studio, recently relaunched his company’s web presence with a clutch of diverse, impactful new work.

We took the opportunity to catch up with him and learn how he’s sculpted sound waves into a successful career.

I can’t even count how many times your work has been posted on Motionographer. How long have you been doing this?

I’ve had CypherAudio as a Company/domain since 2000! It’s crazy to think that I have been working under this name for so long.

There weren’t that many individuals working with sound design for motion when I started out, and I had the good fortune to be able to meet some incredibly talented designers/directors early on — some that I still work with to this day.

How did you get into audio?

I have always loved music, from my earliest memories throughout my teen years when I played in bands, it’s been a huge part of my life.

It wasn’t until I went to Sheridan College for the Media Arts Program that I was introduced to more experimental film and animation in class, some really groundbreaking work that was unavailable to see many places, as this was pre-internet times. It was at Sheridan while studying recording engineering that I really started to become interested in sound for picture as a result.

As I was more interested in film sound than traditional music recording, I experimented with field recording/foley, analogue synthesis, tape manipulation and other unconventional techniques and began working with filmmakers on experimental shorts. After graduation, I worked various audio-related gigs before starting to work with picture again with the advent of affordable computer based recording and post production.

I feel that motion designers generally understand the importance of good sound design and music composition. Agencies and clients, however, don’t always “get it.” Is that your experience, too? How do you deal with that?

That certainly can be the case, especially with larger agencies and brands. It seems to me like it’s more of an issue with the chain of command and decision by committee that makes everything far more difficult than it should be.

I am fortunate to mainly be working directly with the creatives in the process: the designers, directors and animators. Our job is to create something that works as a unified whole, and helps makes the story or message resonate with the audience. The more people involved in creative decisions, the more apt the project is to be watered down or compromised from a unified vision. It’s just the way that traditional agencies still seem to work, but I do see that changing.

As far as music composition goes, unfortunately a lot of people seem to think that it’s free or easy to make, so original music is often not high on the client’s priority list — especially when cheap library tracks are so readily available.

There are agencies and clients who definitely do ‘get it’ of course, and the resulting work shows. That’s the difficult part: finding the clients who really get it and developing those relationships. In my case, that’s been primarily with creative studios, but it does seem like there’s a shift happening where more and more people understand how crucial audio is in any motion project.

If clients/collaborators want to get the best possible work from you, what should they do? What are some “best practices”?

The absolute best thing is to be involved from the very beginning phases of a project. In this way, we can start planning what we may need to record, foley preparations and experimenting with music styles/tempos. If it’s animation, it’s especially nice to be able to have a tempo or scratch track for the animators to work with.

It’s just nice to be a part of the process, and have at least some time for experimentation. It really can make all of the difference.

What projects of yours are you most proud of? Why?

That’s kind of tough, because I am really proud of the work that I put out there. I suppose it’s the self initiated / collaborative work that resonates the most with me, though. The projects where the entire team is trying to push the work forward, and create something we haven’t experienced before.

In the last little while, the Style Frames title sequence and Cymatics stick out to me. On both, I really tried to create something nuanced and as true to my own style as possible.

On the commercial side, the Aeroburner spots were really fun to work on, I was chosen by the director to design these, and had a lot of creative freedom to experiment. I think what resulted were not your typical golf spots.

Can you give any advice to people who are thinking of professionally doing sound design and/or music composition?

Network, collaborate and keep learning. There are amazing resources and communities on the internet where you can learn about hardware, software and audio production technique.

With that said, I do think a very solid understanding of the fundamentals of audio engineering are invaluable as a sound designer, and ultimately a recording musician. For some, a good recording arts program can provide a great structured environment to learn; others can learn on their own. I don’t necessarily think one is better than the other, but a solid foundation is essential to being able to translate ideas effectively.

Connecting with collaborators is also easier than ever before through Vimeo and other portals/blogs. It’s important to be a part of the community, to share ideas and resources and build a solid portfolio over time.

It’s so important to really love what you’re doing, and always maintain that innate curiosity. Try to put some of yourself into your work, instead of strictly following trends or the style of others. In the beginning, that’s how you learn, but eventually you need to gain the confidence to take risks, fail and get better.

What’s next for you? Any plans on the horizon?

Screengrab from the forthcoming game, “Planet of the Eyes”

I am currently working on an indie game project called Planet Of The Eyes, and I’d like to work with longer format, narrative forms, and more film/live action projects. 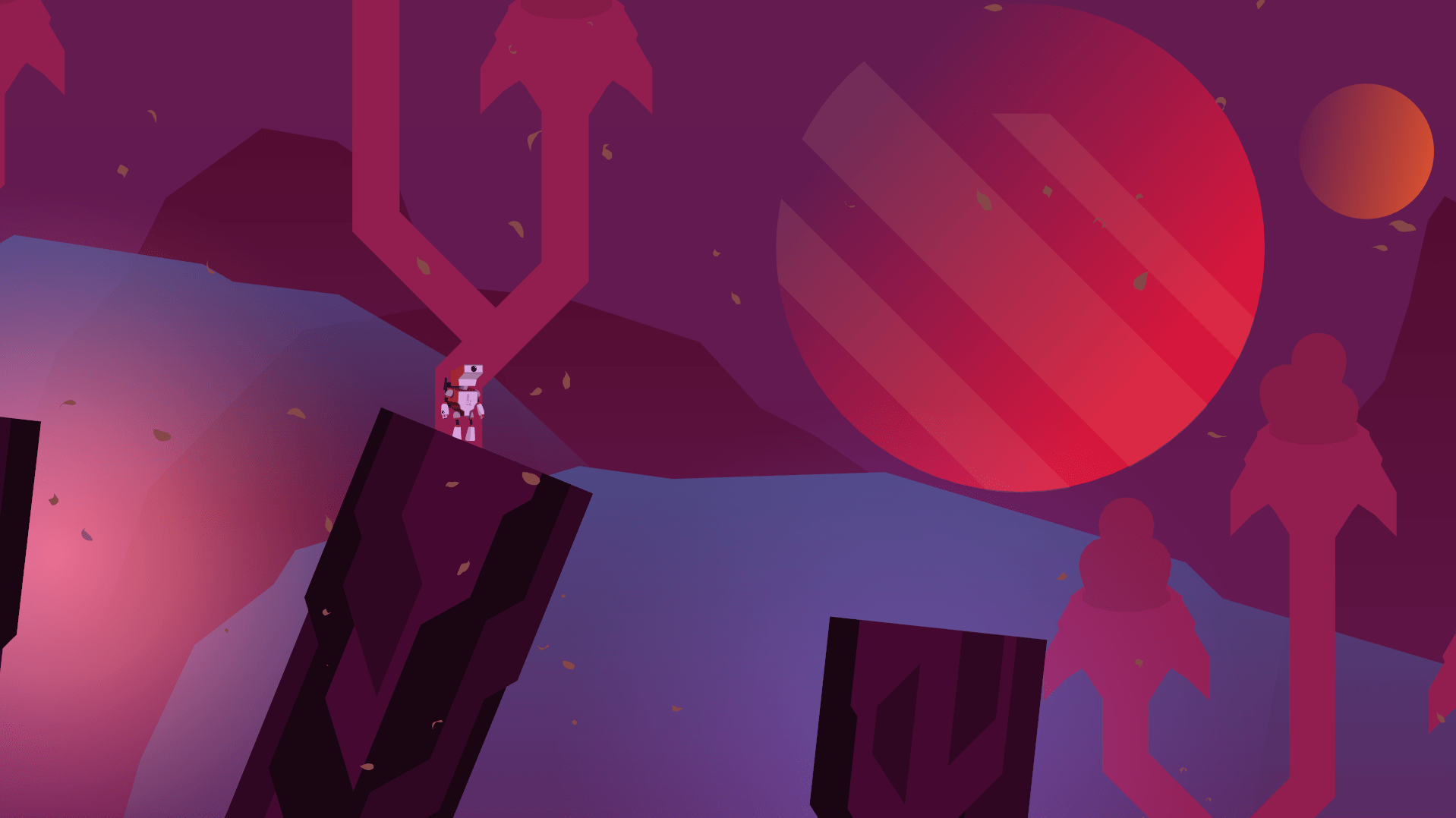 Screengrab from the forthcoming game, “Planet of the Eyes”

I’m also very interested in doing further artist collaborations and site-specific installations. I am discussing a feature film project at the moment and really want to release some music at some point as well! It’s just finding the time to pursue my interests while maintaining a semblance of a life outside of work.

I couldn’t be happier though, I definitely feel like everything I have put into this has been worth it. Thanks for all of the support over the years!