Those interested in the future of animation often cite interactive as a new horizon. Patrick Smith, better known as Vectorpark, has been fusing his own path between these two fields for 15 years.

You may already be familiar with his past browser-turned-app games: Feed the Head, Levers and my personal favorite, Windowsill. His creations are part toy, part puzzle. It’s easy to spot a Vectorpark piece when you see it: everything is playfully populated with his brand of flat-3D contraptions.

This week, Smith releases his latest curio, Metamorphabet. The game invites you to tap and drag your way through all twenty-six letters. Though kids will love it, it’s a delight at any age.

Playing with Smith’s latest app, the thing I kept coming back to was a sense of all-around mastery. Smith’s focused art-direction places the app in a complete world. His characters move with a sense of weight and anticipation. Everything I poked and prodded reacted so fluidly. Impressively, Smith does all his own coding and has even written a custom parser to port ActionScript to Objective-C.

Many of us hope to be an expert in design or animation or interaction. Metamorphabet is a masterpiece because of it aces all three.

I asked Smith a few questions about Metamorphabet, games and his unique career. 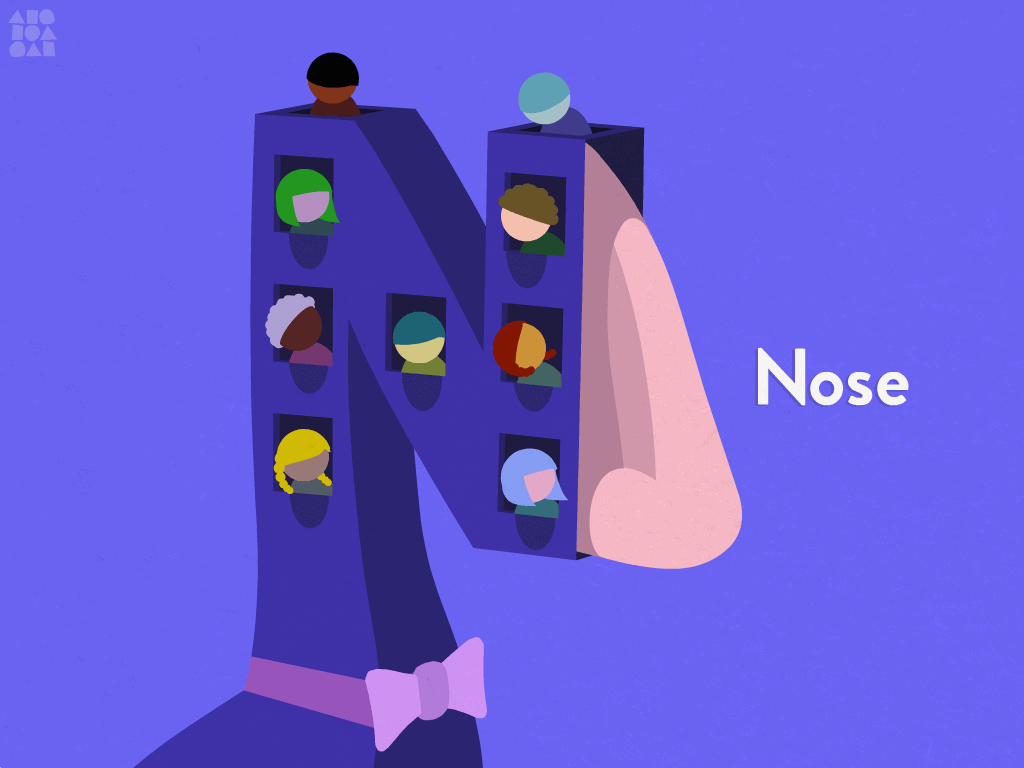 How did the idea for Metamoraphabet come about? How long have you been working on it?

I started working on it at the beginning of 2012, so about 3 years. I think the idea is really pretty basic — it’s an interactive alphabet book. And having the letters turn into objects and creatures and concepts is something that has been done many times before as well. I just wanted to see it done in the particular way I imagined it.

Though I absolutely love playing Metamorphabet as an adult, the nature of an animated alphabet is inherently geared towards children. Your other projects seemed less targeted towards any particular age. What made you want to make an app for kids?

To be honest, I didn’t design it with any particular age group in mind. It’s certainly based around a concept that’s traditionally aimed at children, and like all my stuff, it’s “kid­ friendly”, but I really just thought it would be interesting and challenging to take something that has been done so many times — an alphabet book— and make it in a way that feels fresh and new.

Your interactive work has been categorized as games. If you could re­-classify your work without sacrificing any visibility, would you?

I’d say that categorization is not so clear!

The indie­ games community in general seems to see my stuff as games, and I’m okay with that, because so many interesting things are happening in “games” right now. It’s nice to feel part of that. But outside of those circles I’m not sure that’s the case. Apple, for example, was quite adamant that they do not see Metamorphabet as a game, at least in terms of what they’re willing to promote. I pushed back on that a bit, but at the end of the day I think it’s a mistake to worry too much about how people discover your work. What ultimately matters is their experience once it’s in their hands. And if there are different paths to getting it into those hands, all the better.

The field of games is changing rapidly. For one, more people are playing. The last few years have seen rise to casual games that are concentrated and addictive. On the other side, there’s a growing crop of indie games that are more open ended, like Sailors Dream or Mountain. Curious to know your thoughts on the game industry at large. What are you hopeful for? What are you pessimistic about?

As you can imagine, things like Sailor’s Dream and Mountain are more my cup of tea, and I think it’s encouraging that there’s an audience for those kinds of experiences. There’s nothing inherently wrong with casual, addictive games — they’re just a different breed of animal — but I don’t follow those as much. I’m just hopeful that artists can continue to find viable ways to make things that don’t sit so comfortably in any pre­existing category. Is the App Store the best place for that? I’m not so sure. It rewards the big players and the breakout hits, but places like itch.io (for desktop games) seem much friendlier to esoteric games with small audiences.

I think better discoverability could change that, but I haven’t seen any indications that Apple is moving in that direction. 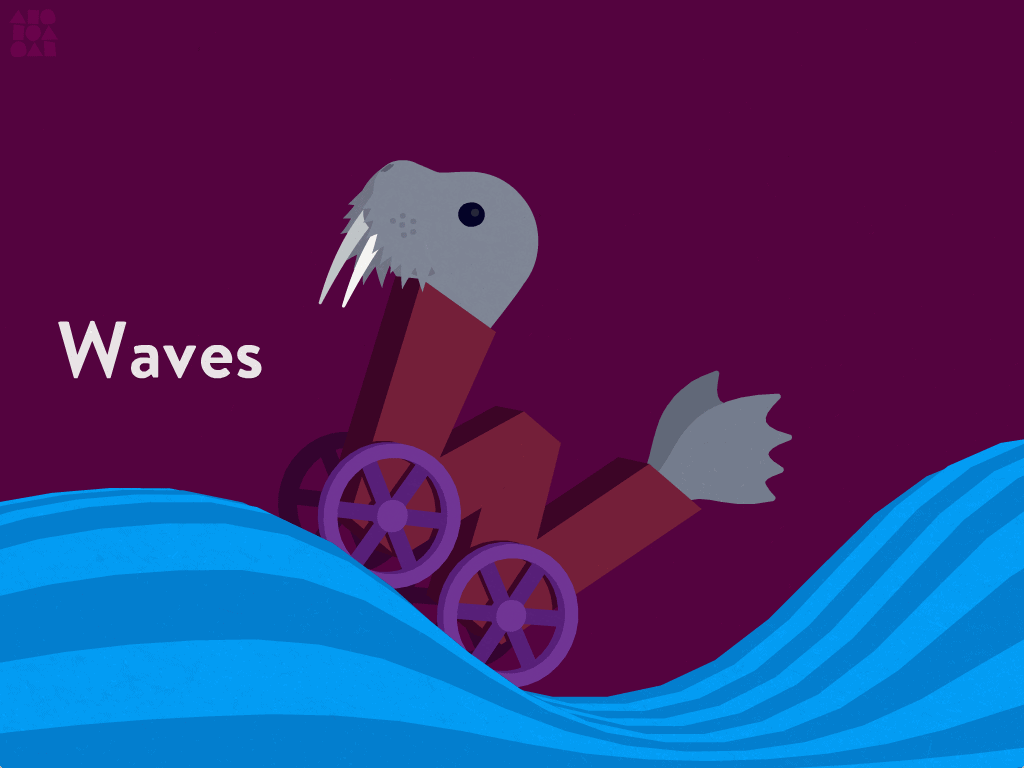 What is your process? Do animation and code happen in sync or are there stages? What tools do you use?

I generally start by sketching out ideas loosely. Sometimes I’ll follow-up with a mock­up of something in Illustrator, but other times I’ll go straight into coding and work out the bumps along the way. Once I have something “working”, it almost always changes in ways I couldn’t have foreseen. So at that point it’s a feedback loop of testing, revision, and generally toying around with something until it either feels right or feels like a dead end.

And in many cases a dead end becomes the seed of some other thing entirely. For example, Metamorphabet originally had a “mustache” stage, where you could tug a mustache and stretch it out. But it didn’t feel right, so I took it out, and added “mouth” instead. Later on, that same code evolved into the “snake” of S. 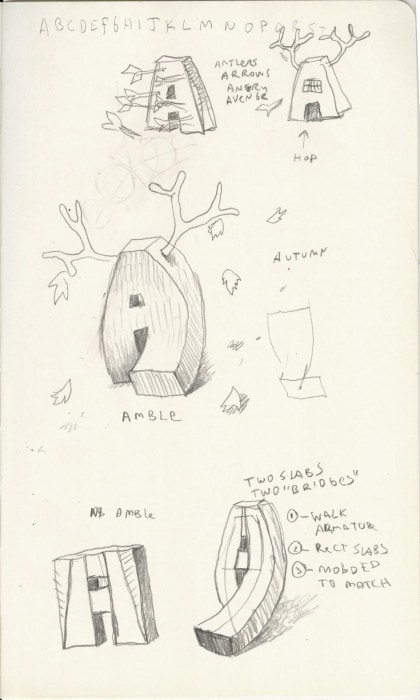 The game element in much of your work comes from discovering an invisible interface. How much testing do you do to insure people “get it”? Or is that beside the point?

When you’re working on something I think it’s very important to be able to put yourself in the shoes of someone who is approaching it for the first time. There’s a trick painters use where they look at their painting in a mirror, to make it unfamiliar. But there will always be things that as the creator of it you’re too biased to see clearly.

My understanding is, as a programmer and animator, you’re self taught. If someone wanted to learn to make work like yours, where do you suggest starting?

Well, I got out of college in 1999 with a BFA in painting, but back then just being basically literate with a computer was enough to get web design work. So it’s almost impossible to compare the landscape then with now with regards to tools, skills, and ways to sustain yourself with interactive work.

That said, for me the most valuable skill for creating anything is knowing how to draw. Among other things, it’s a very immediate way to visualize and think through your own ideas, to see them reflected back at you in a very short feedback loop. And beyond that, casual, open-­ended drawing opens a window into the subconscious, and helps you tease out the ideas lurking in the dark corners of your brain. 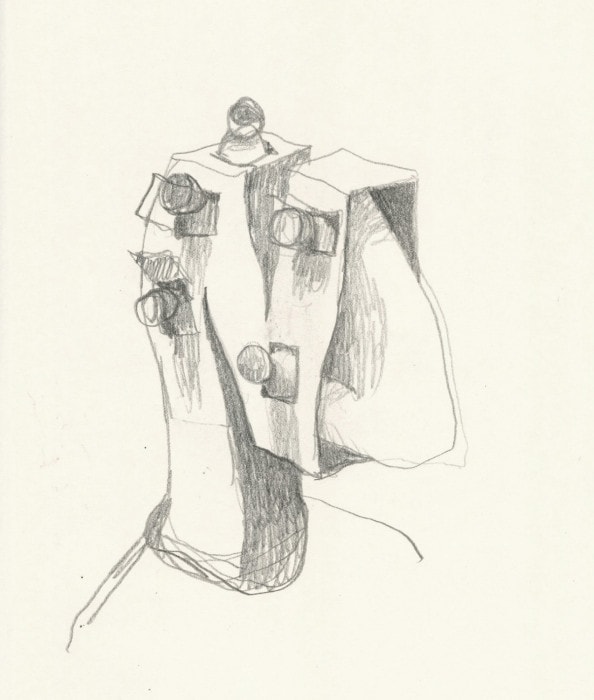 The stylistic voice amongst all your games is so consistent. When you started as Vectorpark how fully formed was your aesthetic?

My non-­computer work shares a lot of the same forms, colors, and objects, but the pared­ down, shape ­driven aesthetic of my games has a lot to do with emphasizing motion and clarity over texture.

Do you ever have a desire to deviate from the Vectorpark aesthetic?

Sure. My paintings and drawings are in a somewhat different vein. But in terms of interactive work, I’m probably more interested for the being in exploring and expanding the visual system I’ve developed than starting over from scratch. 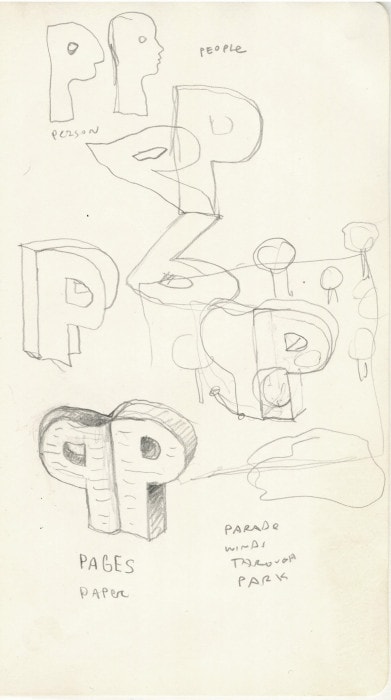 In addition to income from games, you also make ends meet with freelance commissions, like the DVD menu for the IT Crowd. How do you structure or balance your freelance practice with making self­-initiated projects like Metapmorphabet?

Basically, I work on my own stuff until I find myself a month or two away from running out of money, at which point I stop saying no. The IT Crowd project was something of an exception, because I love the show, and their previous DVD menus were all extremely clever. The show’s creator, Graham Linehan, is a big fan of Windosill, and he wanted the menus to specifically be a nod to that game. And they were offering to pay me! How could I turn that down?

From digging around on the internet I know you’ve been influenced by renaissance painters, sculptors and comic illustrators. Is there anyone making work today in the interactive or animation field that inspires you?

Sure, plenty of people, and if I try to list them all, I’ll surely forget people! But there’s a thriving culture of independent animators, cartoonists, game designers, and so, easily accessible via Twitter and Tumblr — I think that’s amazing. I try to stay plugged into that. If anything, my problem is that there are too many things to follow; I have to shut things out just to get anything done. But as problems go, that’s not a bad one to have.