The project was heavily inspired by beautiful yet isolated regions from around the world, including the Hebrides, Iceland and Saudi Arabia. Further inspiration came from neolithic sites and artifacts, including Stonehenge.

Exploring a world filled with these spectacular landscapes, the player is tasked with awakening an ancient civilization using the power of their mind.

The game was designed specifically for Samsung’s Gear VR, which basically combines the Galaxy Note 4 with VR goggles. 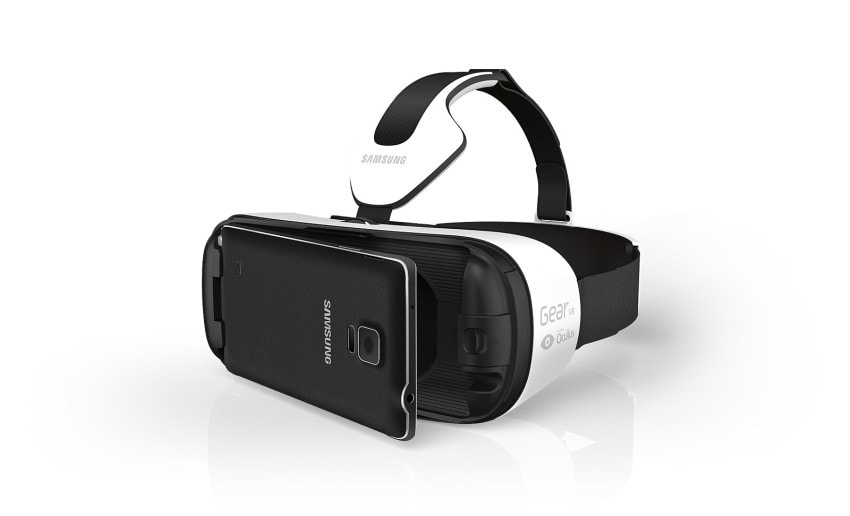 While this means that “Land’s End” will in theory be available to a wider audience than, say, a full-blown Oculus Rift rig, it also means that user input is greatly limited. The Gear VR is “wire free,” with only a touch pad and back button on the side of the device.

Gazing into the future

After conducting research, Ustwo settled on a gaze-based approach for gameplay, allowing the user to manipulate the environment by simply looking at things.

Normally, I’d scoff at such a solution. How can that possibly work?

But Ustwo knows what they’re doing. Last May, they posted an excellent article, “Designing for Virtual Reality,” which shared their findings after working with Google Cardboard, another “drop-in” VR rig that shares similar design constraints with the Gear VR.

Screenshot from the upcoming “Land’s End”

The shadow cast by “Monument Valley” is long. The game won an Apple Design Award and a BAFTA while perched atop the iTunes charts for months. The pressure is on for a repeat performance.