Although Juice launched in 2006, the Poland-based studio was recently thrust into the internet’s spotlight via their work on “Ares: Our Greatest Adventure,” a promotional short film for the Ridley Scott-directed feature, The Martian.

Co-directed by Ash Thorp and Chris Eyerman, the project was the perfect vehicle for Juice to flex its muscles and show the world what they can do. We asked Juice about the Polish scene while digging into some of the technical details behind the Ares short.

Poland, Germany, Japan and beyond: Q&A with Juice

Who are the founders of Juice?

Juice was founded by Wojtek Piotrowski, Pawel Janczarek and Adam Tunikowski back in 2006. All three were designers coming from different fields of interest. Wojtek’s focus was branding and typography, Pawel’s focus was on print and illustration, and Adam, retouching and animation.

Why was Juice created?

Adam Tunikowski, Founder: To be 100% frank, Juice was created by accident. I was having internet failure at his apartment and decided quickly to rent an office in the city center. People started joining in spontaneously, and it quickly grew from zero employees to 10, 20, 50 and more…

Jakub Knapik, VFX Supervisor: Right, Juice has three main offices, a bigger one in Wroclaw, a smaller one in Warsaw, and another in Hamburg, Germany. We are currently setting up studio in Tokyo that will be working closer with our Asian clients.

It seems to me like there’s been an explosion of talent — especially CG talent — in Poland over the last 5-7 years. Does it seem that way to you?

I think Poland has always been an interesting market for CG. We have many talented artists, and a lot of passion for CG in general.

There was always one thing missing, I think, and it was an experience with more complex projects, team management and a lack of access to more advanced technologies and CG schools. This resulted in many talented artists leaving Poland to work in bigger studios in search of better projects and leveling up their skills.

What is happening recently is a sum of many factors taking place at the same time. Technology has become more available, so we didn’t need to create huge R&D teams to access and use it in production. Learning materials have also become broadly available, thanks to many internet-based schools. 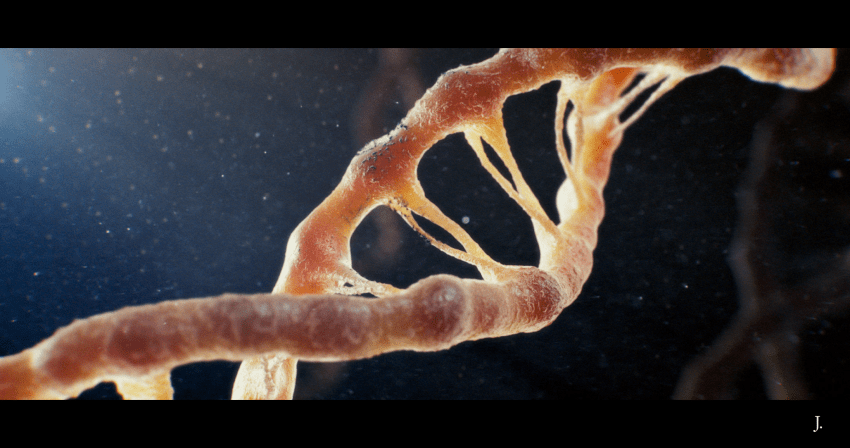 Still from “Ares: Our Greatest Adventure”

Also, I think many classically skilled and trained artists have become more and more interested in the digital world, thanks to new tools on the market. All that together has worked its magic and created a natural, fresh wave of artists mixing with those who were already experienced.

We still need more experienced artists in the market, as there never seems to be enough of them, but we’ve learned a lot and used the last year to go through a trial and error phase. That’s helped us gain experience creating more and more complex projects.

What is the animation and/or design “scene” like in Poland?

Michał Misiński, Art Director: It’s very strong. Starting from the designers, concept artists, art directors and finishing with the directors, everybody’s well connected to each other. The whole community is growing very fast.

Still from the Trojan Horse was a Unicorn titles

I think the most important thing to note is that the people are self-educated. The education system is not well organized; I hope it will change soon. At the same time, the access to knowledge and resources is more available to everybody because of things like THU TV, Level Ups! (two of the founders are from Poland), Learn Squared, etc.

In this way, the whole scene will grow faster, and you’re going to hear more and more about Polish talent and teams working on huge international projects.

You recently worked with Ash Thorp and Chris Eyerman on the “Ares” short to promote The Martian. How did you get connected with those two?

Michał Misiński, Art Director: I’ve known Ash for years now, I was following his work for a long time, and when he left Prologue in 2011, I decided to get in touch with him.

We soon realized that we have similar way of thinking and approaching projects. It was a great honor for me when he invited me to work with him on his “Ghost in the Shell” homage in 2013, and I can definitely say that we became friends after this project.

We have kept in touch since then, and I was hoping we’d have another chance to cooperate. When he told me that he got an offer to direct the Ares project along with Chris, and that he would like me to be an Art Director and Juice to do the VFX, I was really happy.

To be honest, I couldn’t believe it at first. After all, we were talking about working for a Ridley Scott project, creating work that will have to match the shots done by studios like Framestore and MPC.

The fact that we knew we could trust each other and that Ash had this amazing approach to the project, where he does everything he can to minimize the stress, helped make the project — though challenging — smooth and amazing at the same time.

While working on “Ares,” was the distance from LA an issue? If so, how did you deal with it?

It wasn’t a problem. We had a lot of experience working with clients in different time zones, so we had time to prepare the best workflow for projects like that. With a good amount of planning ahead, using Skype conferences and email, communication was clear and smooth.

What was the most challenging shot/aspect of “Ares”? How did you solve it?

Jakub Knapik, VFX Supervisor: I think the most challenging aspect of the whole Ares project was the fact that we were making shots that were suppose to be in the same editing realm as shots created by the biggest and best studios in the world. 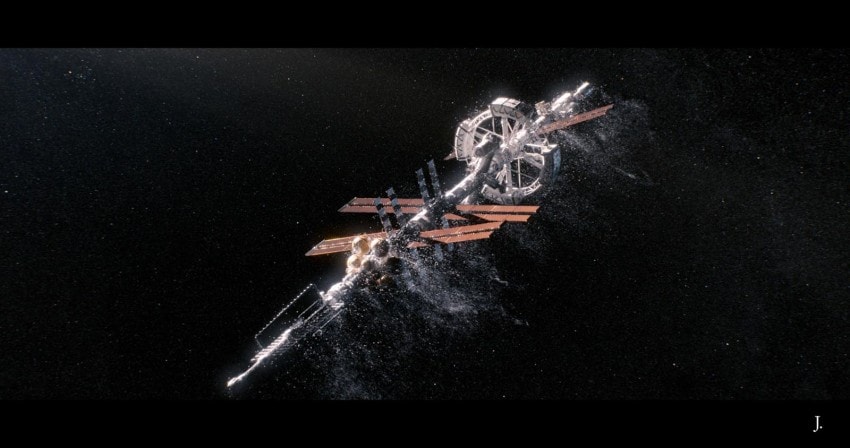 Since they all were operating with a technical infrastructure that was on a totally different level than us and could maintain seamless continuity, I think it put a lot of pressure on us to push on every front and use any possible opportunity to get the best quality from what we had. I love that way of working and also the team found this to be a great inspiration for work. We all really had a great time. 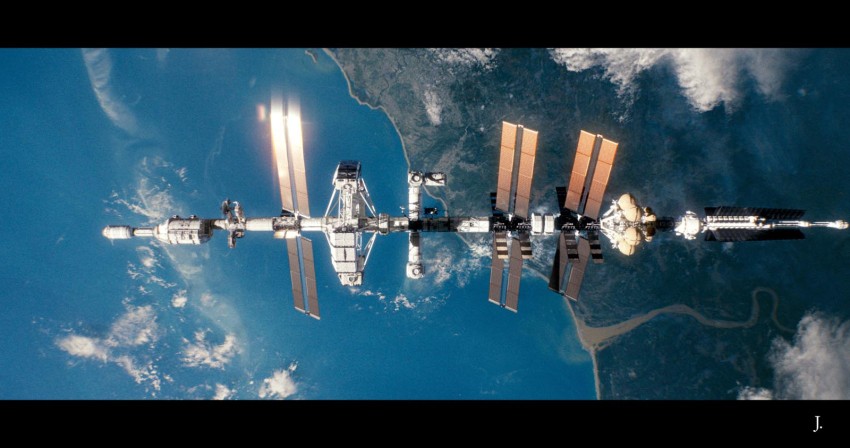 From a technical standpoint, the hardest part was dealing with the enormously heavy and beautiful Hermes (the primary spaceship) asset from Framestore, which had over 10,000 4k textures and over 350 million polygons. We used Arnold to divide assets into elements that were exported as stand-ins and linked in to lightweight frames for later animation and rendering.

We reduced the size and amount of textures to fill in our RAM limitations and network I/O caps, so we could finally work on shaders and lighting. All that had to be done very carefully to avoid cutting corners too much, and we ended up only having a few percent of free RAM remaining for renders, which would be created by our 32GB RAM machines. 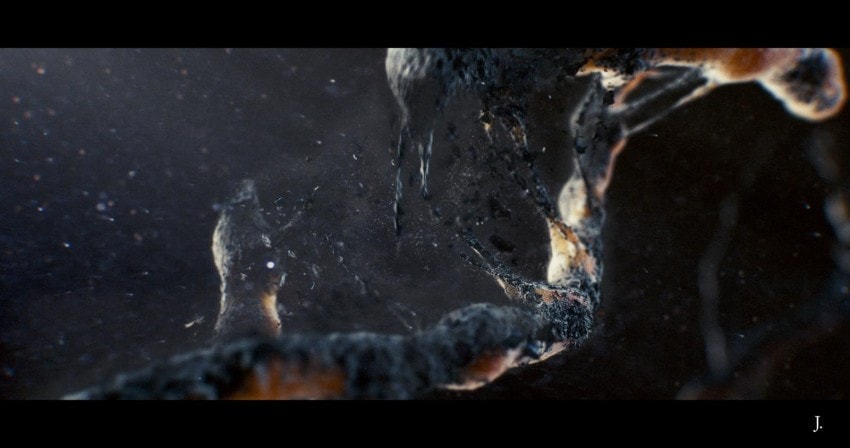 Another thing was that we did not see any of the shots from Framestore or MPC until the last two weeks of work, so after finally getting plates it was a huge surprise to us that we were not that far off. We just had to add a few lights to the Hermes asset to catch up. The look was there and our client totally loved it. It was awesome!

You guys are planning on opening an office in Tokyo soon? Why is that?

Michał Dwojak-Hara, Head of Tokyo Office: We have been working with Asian clients for a few years now; the projects that are coming form this market are really interesting and often challenging.

The amount of projects coming to us every year from that region has also been rising, so we decided that it’s time to set up an office that will help us be closer to our clients, and solve the problem of different time zones. Our Tokyo office will be our gateway to the entire Asian market, but we really want to focus on establishing Juice in Japan over the next 1-2 years.

The Japanese market is a big industry with great brands and very creative boards. We are currently working on few projects there, and we can definitely say that this mix between the European and Japanese design is helping us create projects on a completely new level. We want to keep this balance in all our future projects, which is why we are planning for our studio there to be staffed with both Japanese and European artists.

What is your biggest challenge as a business right now?

We feel that this is very important moment for us. We’ve had a chance to work on the really amazing projects over last year, and we are looking forward to do more “special projects” like Ares or THU. Also with the office in Japan now, we are definitely focusing on establishing a connection to both US and European markets.

Closing titles for the Trojan Horse was a Unicorn event