As specimens of stop-motion storytelling, SolarCity’s “How Energy Gets To You” spots are impeccably crafted and jammed with details that pull you in for repeat viewings.

How Coal Power Gets To You

How Natural Gas Gets to You

Conceived by agency Arnold Worldwide and produced through a partnership with Argentina-based Tronco and Brooklyn-based 1stAveMachine, the spots were directed by stop-motion masters, Becho & Mab.

But if all you do is watch them, you’ll be missing out on a fascinating process that involved a group of passionate environmentalists using innovative production techniques to tell stories that genuinely matter to them. 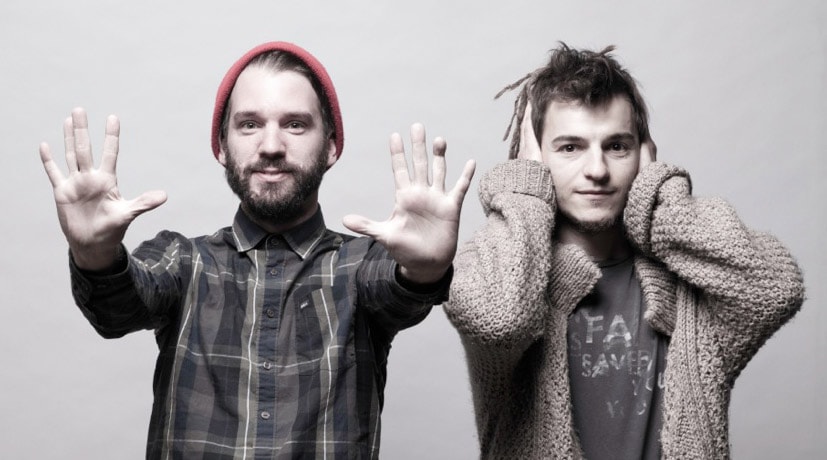 To dig into the details, we jumped on a Skype call that spanned the globe:

Were you guys already fans of SolarCity?

Antonio No, we didn’t really know about SolarCity at the time. But we’ve been focusing on ecological issues for a while.

Becho and Mab did a short about bicycles and traffic jams. I did one about open air mining in Latin America. And we’ve been really excited about the power of communication in political, social and environmental issues for a long time.

Normally, we have to spend our money to do that. This time, we had the opportunity to do a job that would give us the resources to do it in an amazing way.

Sam Antonio has actually built a green studio on the island of El Tigre. He’s even created organic crops to feed artists when they come and work there. 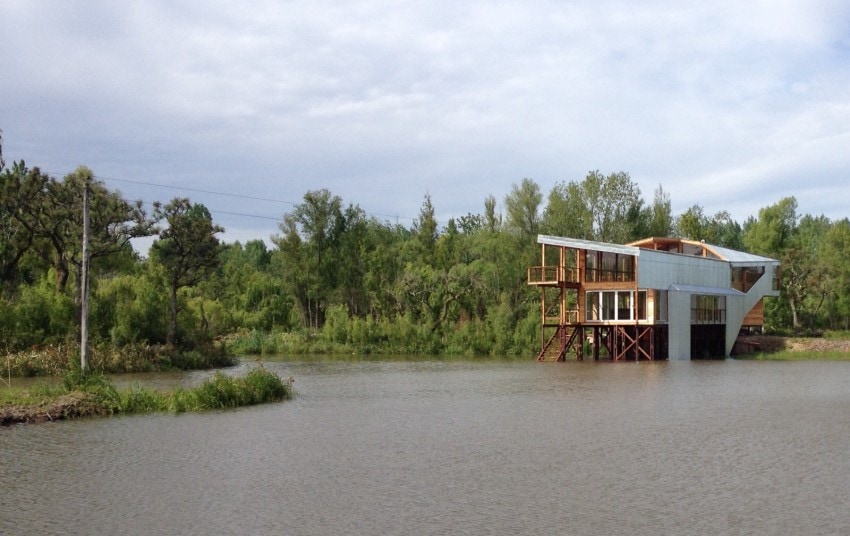 Antonio It’s meant to be a studio in nature where we can make stories that we think are worth being told. That’s the plan.

Right now, we are a little more famous for our barbecue.

Tell us about the technique for these spots. How did you create such elaborate papercraft constructions?

Mab We’ve been working on this technique for a while, and we’ve polished it to make it very, very accurate.

We use some Japanese software called Pepakura. It can deploy a 3D object onto a flat piece of paper. Then you can cut, trim and fold it. You get a super nice design that you did in 3D. 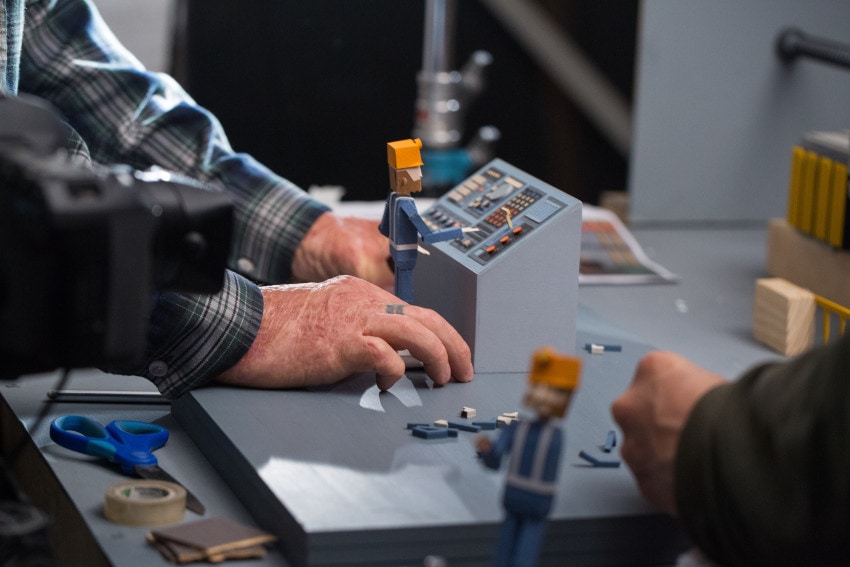 This works perfectly for advertising, because you need to go through every aspect of design so you can get approvals, so your clients can see how it’s going to turn out.

Interesting! So everything started in CG first?

Mab For SolarCity, we didn’t do everything in CG. The characters were just just drawn by hand at first. We got our initial approvals based on those drawings before going into the full Pepakura process.

Antonio The final result is something that has a nice balance between a polished design from the digital influence but is also made by hand and has the texture of real things — paper, real lights, real camera lenses. 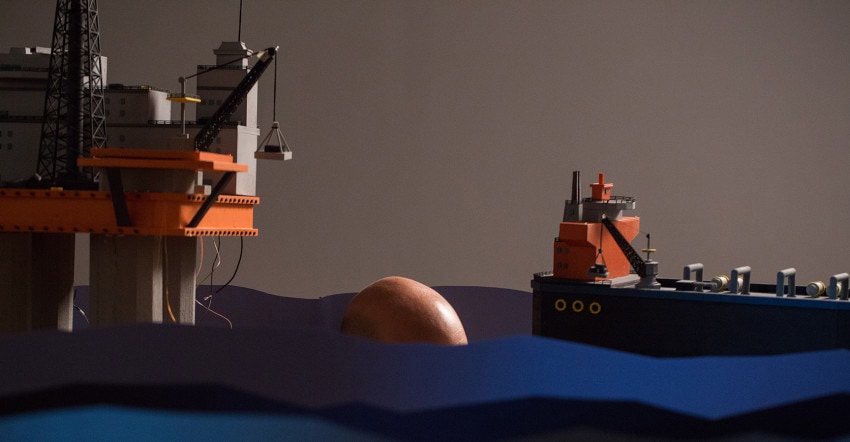 That balance was perfect for these stories. These are stories that are full of technology — a lot of boats and factories — great elements for design. But they also have a human side to them, so it was nice to do it for real, not all in CGI.

In CG, you can always go back and tweak things, if needed. It’s not fun, but it’s possible.

Stop motion is incredibly time-consuming and, in a way, very final. Once it’s done, it’s very hard to change. How do you deal with this production limitation in the world of advertising, where late-hitting change requests are often a fact of life?

Mab We work through every single aspect of the project. We want to start shooting without any doubts.

We also have motion-controlled systems, so we can shoot a camera move without any characters. It the client says, “I don’t like it, let’s change it” — we can do it. It’s not that easy, but we can do it.

Antonio Another important thing: Mab & Becho have their own set, and their offices are inside the set. So clients will see a lot of hand-made tests that are actually stop-motion.

How long did take to shoot everything?

Becho We used 3 sets, and we had 9 days of shooting. 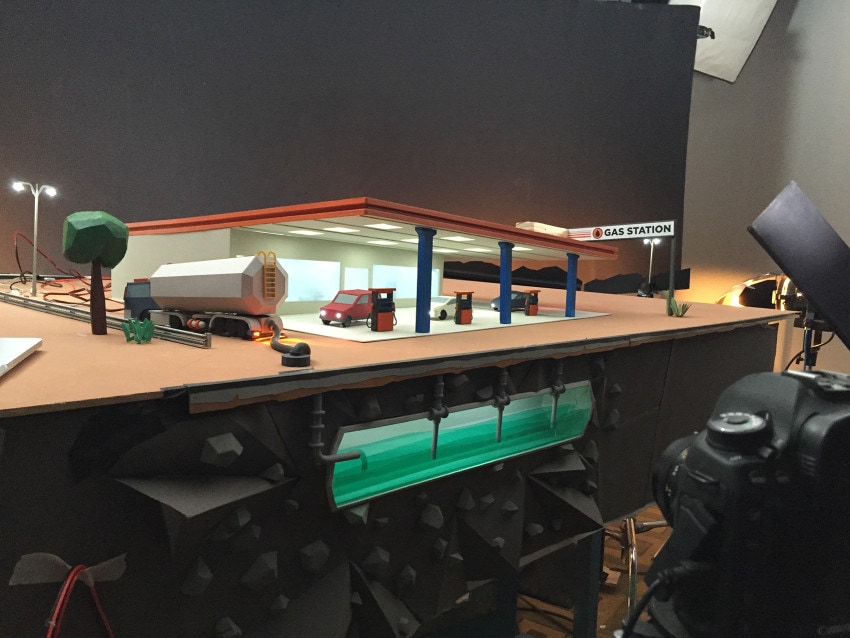 Antonio In this spot, originally we were going to do a lot of CGI because we didn’t have the time or the budget to do it in a different way.

But then we decided to go radical and do it all in stop-motion. So we ended up doing like 99% stop-motion.

Stop-motion requires a lot of courage (and patience) from the client and agency, no?

Sam In the sales process, I sometimes show agencies previz next to Mab & Becho’s finished spots. That gives the agency a lot of confidence. With Mab & Becho, there’s really not a lot of difference between the previz and the finished spot.

Antonio I always say that “stop” and “motion” are two contradictory words. Combining them is very scary. (laughter all around)

The agency and the client were in love with this project, and that really helped us. Everyone had the feeling that we were doing something special. It was one of the best agency relationships we’ve ever had. 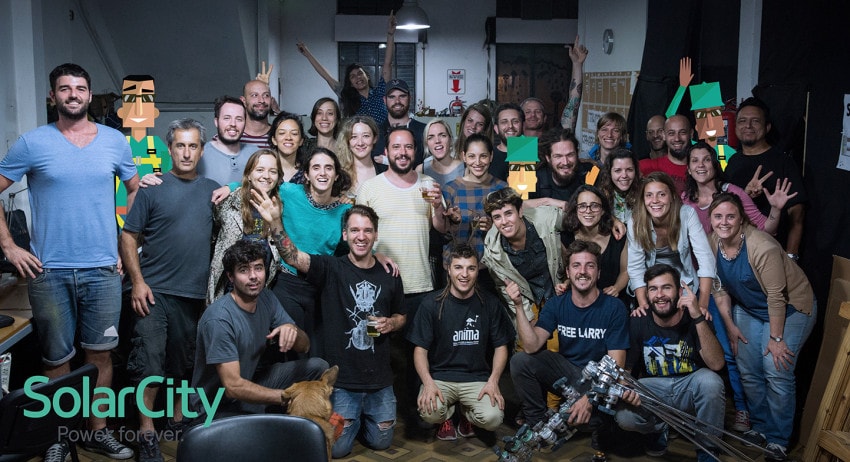 We’ve posted a lot of amazing work from Argentina on Motionographer. What’s the scene like there?

Mab I wouldn’t call the animation group here a “scene.” We are a small and tight group.

Antonio It’s not a big community like you would find in Europe or America. Most of the people here know each other. It gives you a feeling of belonging.

Mab We are kind of a family. We are supporting each other. If someone is lacking some information or materials or some technique that they don’t know how to use — we all aide each other to accomplish better animation.

Sam I think all the stop motion guys in Argentina share the same psychiatrist, right?

This was a co-production between 1stAveMachine and Tronco, right? What’s the Tronco story?

Antonio Tronco is the result of a merger between Punga and Gazz. (Tomi Dieguez of Punga is one of the partners of Tronco.)

Sam 1stAveMachine used to represent Tomi/Punga and Gazz separately. When they decided to get together, at first we had our reservations. But we’ve seen that the sum is even better than the parts.

How did you guys find Mab & Becho?

Sam In the early days of 1stAve, there were only three directors: Arvin Palep, Aaron Duffy and Asif Mian. Antonio was the first person who joined when I was there.

He hadn’t worked in the US marketplace, but he clearly had a real vision. So he worked as a creative director under Aaron. The work he did for Burger King and Cricket put him on the map, and people started asking for him by name. 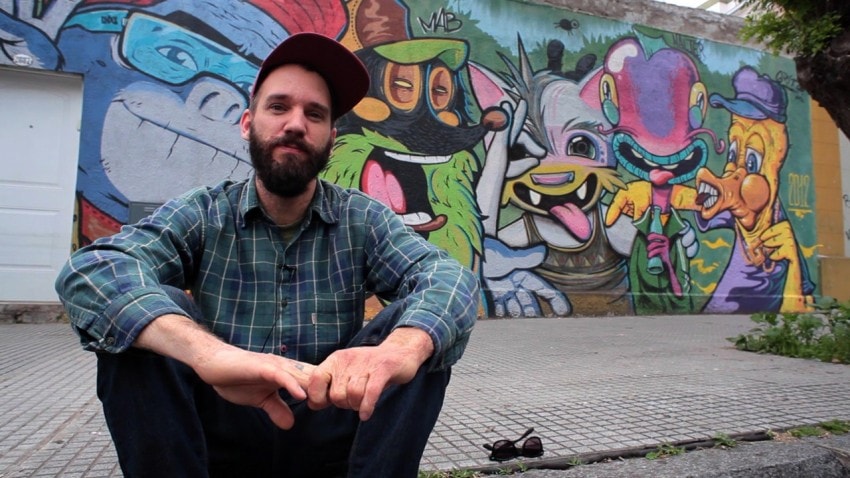 Mab in front of one his street art creations

Antonio has a real passion for helping other talent. He’s known Mab & Becho for a long time, and they’d been animators on some of his projects. So Mab & Becho moved into directing a few years ago, and Antonio creative directed for them.

Nice. The torch of mentorship is being passed once again. So what’s next for you guys?

Mab We’re animating the first scenes of a new short film. Hopefully, we’ll be done two years from now. (laughter from everyone)

We also just finished the animation for a new short film from Juan Pablo Sciaccaluga. And we’re starting the development of some new TV series that we hope will push the Argentinian scene forward.

Sam I just went down to Buenos Aires to talk to all the directors and partners at Tronco. The main takeaway was that we all like the direction it’s going. We want to see it all grow in a nice, responsible, artistic way.