While the painstaking stop-motion of “Building a Rocket” is charming in itself, it’s the beautiful compositing of digital characters and elements that imbues the spot with a special magic. 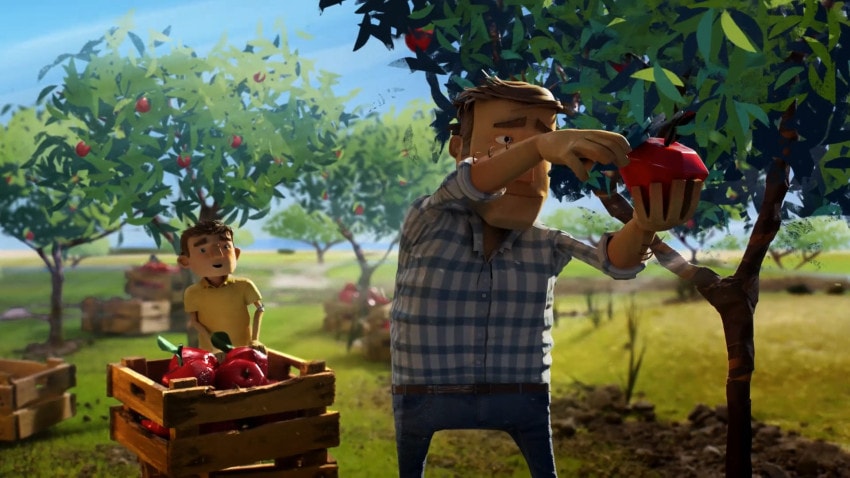 “All the characters (except for the sheep) and props that they interact with are CG.”

Produced and directed by Am I Collective, the CG aspect of the spot was executed by Lung Animation and directed by Darren Macpherson. Because of the technical nature of the project — and its relatively short timeline of four months form start to finish — Darren was involved from pitch through production, giving him a unique perspective on the project.

We asked him for a little more detail about his role.

It’s hard to tell where the physical props end and the CG begins.

I’m glad you find it hard to tell what is CG. That’s a great compliment.

All the characters (except for the sheep) and props that they interact with are CG. The environments are miniature live action sets with some illustration elements comped in — matte paintings for extensions and skies.

So what aspects of the job did you handle?

I was the Animation Director for the 3D component of the project and CG supervisor for the overall project. I was involved from the pitch stages and worked on the 3D animatic to help solve different aspects before the shoot, as it was a quick turn over, with 3D running along side the shoot.

We had a small team, so I oversaw all aspects of the 3D, composting and supervising the shoot when it was called for. I worked closely with the animators to direct the character animation based on the director and client’s feedback and what they were wanting to get out of the various scenes and performances.

Did you dig into the animation yourself?

I was hands on with various 3D tasks, but my biggest tasks were rigging. I lit and rendered almost every shot of the spot.