Editor’s Note: As our industry grows and changes we, too, at Motionographer want to grow and change. Looking to the future, our aim is to not simply celebrate the great work being made in our industry but also who and what is behind the work we share.

We are currently developing new content that will do just this. First on the list is a series of monthly guest articles. Our hope is that these articles will offer a unique perspective and shed some light on the people, ideas and culture behind what we do — not just the pixels.

Without further adieu, we present our first guest article by Dan Covert and Andre Andreev, founders of New York’s very own Dress Code! 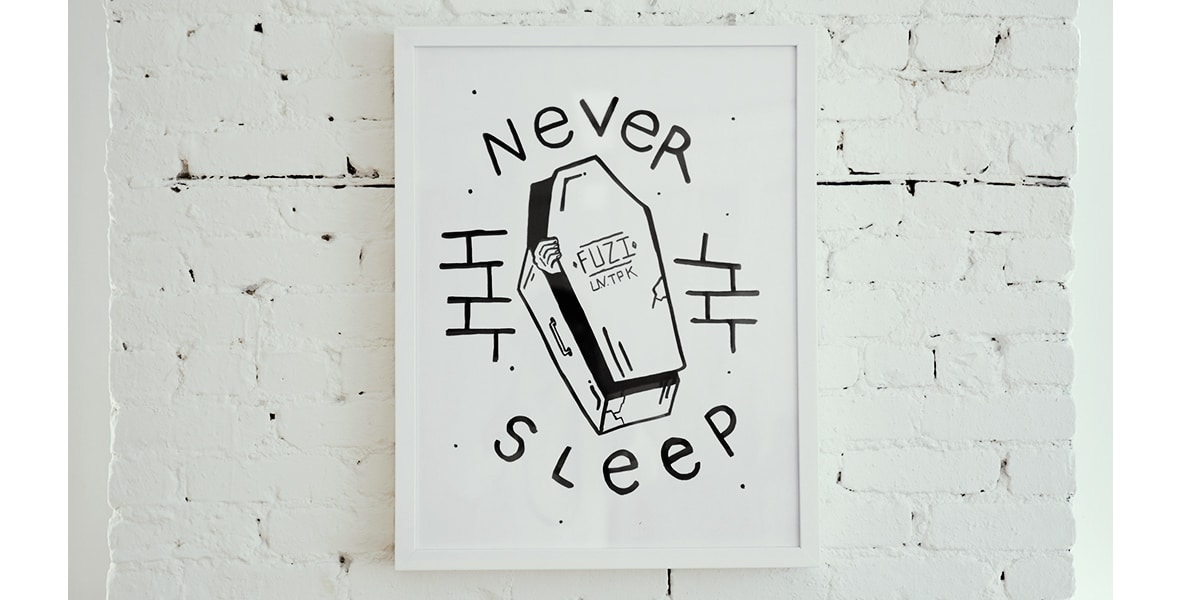 In hindsight, starting our careers at MTV was a dream. We were learning in real time how to design for motion, art direct, lead teams, present work, command a room, and keep ourselves creatively fulfilled while solving other people’s problems. But from the beginning, we saw how happy everyone was and knew that we could end up staying way too long,which would get in the way of us being the captains of our own ship.

So we put a date on the wall three years into the future and started planning our hypothetical exit strategy one evening at a time.

We’d bust our asses during the day at MTV, then go home and toil late into the night on Dress Code. These projects didn’t pay well, but we were getting much-needed experience. Our first “clients” were friends and relatives, but as one job lead to another, we started to branch out. 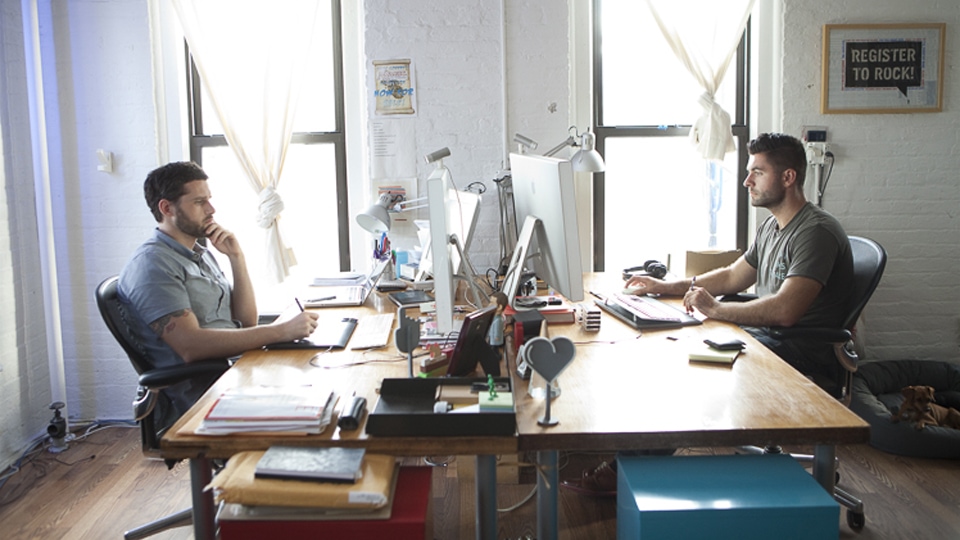 By sheer will, hard work, and a little bit of luck, we finally got the opportunity we’d been waiting for: a chance to pitch on a gigantic job for a financial institution. In other words, an opportunity to stockpile a bunch of money and quit our day jobs comfortably. The creative wasn’t the best, but it had the potential to be lucrative.

Winning the job was a long shot, and we were totally in over our heads. We’d schedule all of our meetings and presentations during our lunch breaks at MTV so that we could manage both at the same time. Eventually it came down to Dress Code and two other heavyweights — SYPartners and McCann.

We were the underdogs and we had to differentiate ourselves. So we came up with an elaborate anti-presentation that involved an actor, a boombox and a few offbeat jokes about a sex worker in Thailand… and somehow it worked!

Suddenly, at only 26 and 23 years of age, we were out on our own, looking for an office to open the company of our dreams. We had no idea what we were doing.

But now our potential client wanted to see our office and meet the rest of our staff. (What staff?!) We didn’t have a company, let alone an office — we had nothing. We had to get creative.

For our next meeting, we asked (and paid) friends to pose as our employees. It was risky but it paid off. We won the job and the client was stoked on the work. So we quit our jobs at MTV and packed up our desks. Suddenly, at only 26 and 23 years of age, we were out on our own, looking for an office to open the company of our dreams. We had no idea what we were doing.

We looked at over thirty offices before lucking out on a Craigslist steal — a sun-drenched, five floor walk up in the Lower East Side that was beautiful, and way under market value.

At first, Dress Code was just the two of us, an intern and a plant. We painted an upside-down five on the door and finished off the space with a shoddy neon sign in the window that said “Never Sleep,” a nod to a book we had just finished writing about graphic design; it was a prescient allusion to how hard we had to work just to keep the lights on.

Things were different now. In our MTV days, we were lucky to have a talented support group of designers, animators and producers. We were used to focusing on the creative while our bosses shielded us from finances and tough conversations.

On our own, we had to do it all. We were the creative directors, the designers, the animators, the writers, the editors, the producers, the good cop and bad cop, the invoice chasers, the mouse killers and the cleaning crew. We’d handle most of the logistical stuff during the day and work into the night on the creative. Most of the projects we did came out solid, but the process could sometimes be disorganized and frantic.

Funds the first few years were tight and our salaries low, because no matter how much money came in, it was always quick to go out. To keep us above the poverty line, we started teaching design classes at Pratt. We even grew beards so our students couldn’t tell how young we were.

Teaching forced us to give instant feedback and articulate things in a way that was easily digestible. Both were skills that helped us grow as creative directors. 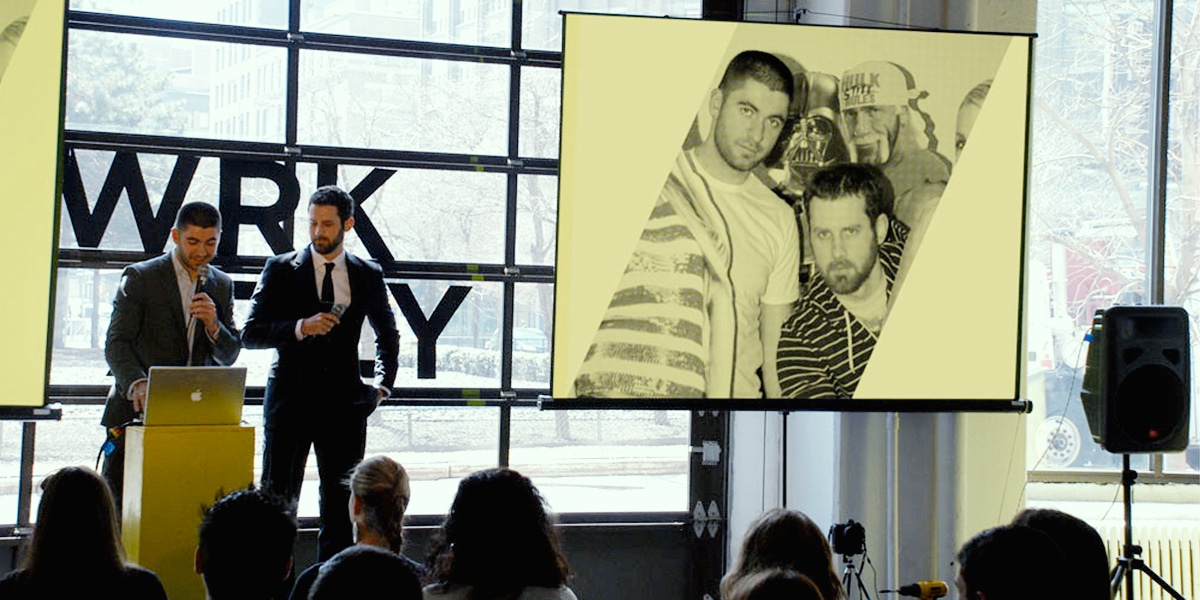 On two or three occasions, we almost ran out of money. Some companies didn’t pay on time or we just had a dry month or two. It’s sad, but we had to rely on our spare change jar to buy lunch or pay our bills. What saved us, and was one of the best pieces of advice we’ve ever gotten, was to open a low-interest line of credit that kicks in if our account ever goes negative.

What saved us, and was one of the best pieces of advice we’ve ever gotten, was to open a low-interest line of credit that kicks in if our account ever goes negative.

After 5 years of ‘round-the-clock grinding, seven days a week, we were working ourselves into the ground. One day, after yet another all-nighter, Dan passed out in the middle of a conference call, hitting his head on the floor and was rushed to the ER. It was obvious things needed to change.

Whenever we got a new job with a budget that could sustain more help, we’d try to hire someone. The rationale of tying these hires to actual jobs made the cost easier to swallow. And for the first time, we started to see things flow smoother than ever.

It was a little hard to let go at first, ceding control to a staff who might do things differently than we would. But ultimately we’ve grown to see anything that comes out of Dress Code as our work, whether we’re involved in the job or not.

We’ve always looked for talented people, but we also wanted a team we could hang out with. We’d stay late drinking together and hang out whenever we could. But sometimes, the line between being a boss and someone’s friend wasn’t as clear as it needed to be. We took it personally when people quit or they took it personally when we had to let them go. We needed to draw clearer boundaries in the workplace.

But sometimes, the line between being a boss and someone’s friend wasn’t as clear as it needed to be.

Dress Code began as a design company doing branding, web, motion and documentaries—a lot for a little company to manage and to explain to potential clients. We weren’t large enough to compete with the big guys or small enough to stay afloat with little jobs.

We decided to rebrand as a production company, concentrating on animation and live action, which is usually rooted in the documentary form. These two forms are rarely produced by the same company, so we didn’t have a ton of shops that we could look to for guidance.

In a way, this kind of made us a rare unicorn, which set us apart from other studios. With this renewed focus, we tripled our revenue, the quality of work rose, and we grew. Within two years, we were bursting at the seams, even after expanding to two other floors in our building.

Now we are all working typical hours while producing higher caliber of work and we are ready for a new challenge. We recently hired an executive producer to help guide the ship and moved into a shiny new office in Chinatown that is much bigger and fancier than our 9-year-old friend in the Lower East Side. Not only does it offer ample space for growth, it gives us a new boost of energy for the work we have yet to create.

Through all this success and failure, growth and change, we have been business partners and friends. We’ve known each other for 16 years. It’s kind of crazy to think how much has changed, and we know we could never have done this alone. For better or worse, we are very different people and our strengths and weaknesses are very complimentary. It’s been nice to have a partner in crime.

As we look to our ten year anniversary in the not-so-distant future, we’d like to think the renegade spirit that helped us catch our first big fish way back in 2007 is still with us today. It’s in the DNA of our company, whether our employees know the stories or not.

We enjoy the energy that comes with pushing ourselves to learn and do better and better work. Fingers crossed we are here for many more anniversaries to come. 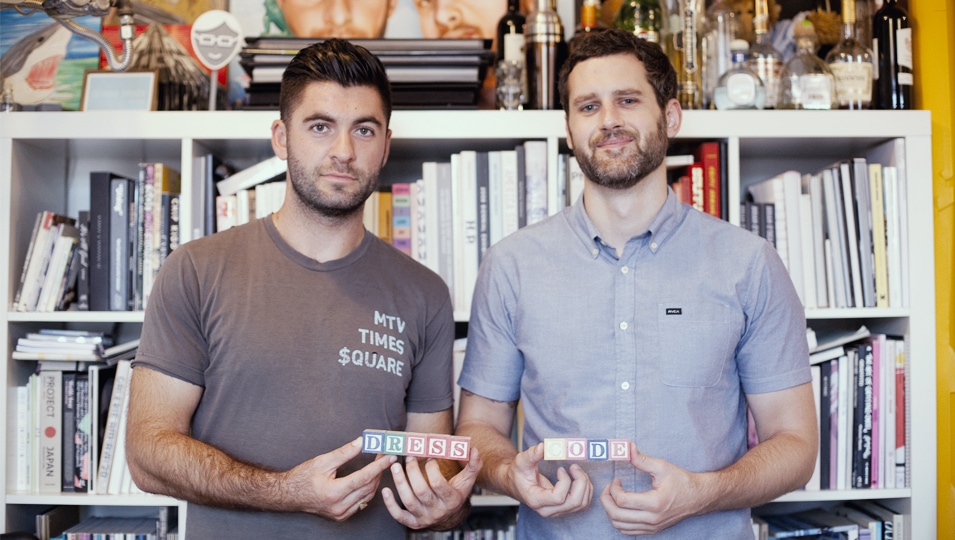