“High-class lo-fi” is how Vallée Duhamel describes themselves, and I can’t think of a better way to put it.

Vallée Duhamel is the collaborative efforts of Julien Vallée and Eve Duhamel. From their outstanding personal work to their clever commercial projects, everything they touch has a beautifully considered handmade touch. Their work is consistently playful, smart, and full of surprise.

What I find so inspiring about Julien and Eve’s work is how it defies labels and can’t be contained. At times their work leans entirely toward live action, while at others there are notes of stop-motion animation and sleight-of-hand trickery. The one constant is their beautiful art direction.

Vallée Duhamel was recently commissioned by Offf Barcelona to create the event’s opening sequence. The result is as mesmerizing as it is elegant. The following is a conversation we had with Julien and Eve about their recent film for Offf and the thought process behind their world of high-class lo-fi videos.

First, amazing job on the new film for Offf Barcelona. It’s a mesmerizing and beautiful piece.

Merci! We were so anxious to share this piece with the community and have been working on this for more than 5 months now, so we are really happy that it’s being featured on Motionographer!

Can you tell us a bit about how this film came about? + What were your inspirations and goals for this project?

As usual, Offf Festival gave no brief or guidelines for the titles. The only constraint is that it needs to include each speaker’s name at some point in the film. These are, for us, the kind of briefs that raise our anxiety level to its maximum! Because it’s the kind of project that gives you the perfect opportunity to make something you had in mind for a long time, and you want to make sure it comes out well.

This was a project we wanted to do for a couple of years now. To be more precise, we had this in mind since we were in graphic design school in 2008. One of our teachers showed us this amazing Oscar-winning short film call Tango. It was created in 1982 by Polish director Zbigniew Rybszynski. In this film, there are several characters crossing each other’s paths in one room, moving in loops, observed by a static camera. The characters never interact between them.

Our original idea was to do a remix of the exact same film with the same characters, but in a revisited environment and aesthetic, and of course with the technology available 34 years later! At some point in the process, we began to deviate the actions and characteristic of the characters and set design so much that we decided to focus on keeping the concept but creating a film of our own vision. It ended up that the first part is really a nod to Z. Rybszynski’s Tango film, and the second part is a complete disorganization of this concept; characters duplicate, camera shift position, and some of the characters have their own little space with floating elements around them.

I love the sense of progression and how each performance intertwines with one another. I imagine that was quite a headache when it came to choreographing each action. Can you tell us about how you pulled it off?

This project has been a challenge from the moment we started to write down the first character movement. We had to be aware that there would be other people evolving around and that the more we added, the more complex and precise each action had to become. In fact every time we would add in a new character we had to get back to each of the others and make sure they would never be on each other’s path.

The way we solved this is we did a top view of the scene with a grid, and drew potential paths for each individual. The purpose of this concept is not only that the characters would never bump into each other, but they would come so close that you would be expecting a collision between them. Once the paths were drawn, we animated them in After Effects to calculate their in and out point in the choreography. We found out that to make sure they would never bump into each other that they had to have the same amount of time on screen so that we were able to loop them. The number we came up with was 14 seconds. It seemed to be the right amount of time for each of them to perform their actions. There are two that we had to split this number in half because their time on screen had to be way shorter than 14 seconds; one of the guy with the head in the shirt and the giant girl which raises one of her socks up.

Once the choreography was timed in AE, we recreated the grid composition on the floor of the studio. Using green tape to be able to key everything in post, it became quite chaotic to differentiate the grid lines and each individual path for the characters. But once the shooting was done, everything fell magically into place in the edit. The timing was right, and some unexpected details unfolded in front of our eyes every time we would add in one more character in the loop; feet would almost bump on top of one another, arms would move really close to another character passing by, and the giant would look right at the good time to a smaller character (that was obviously not there as we shot them).

Was there a performance that was particularly hard to get right?

The giants were kind of a struggle. We had to build the podium at 50% of the scale, move the camera in the axe accordingly, match lighting but also time their choreography to fit into the right amount of time. Actually, it was about doing everything at 50% of scale, time, camera position and lighting position but it ended up quite technical. 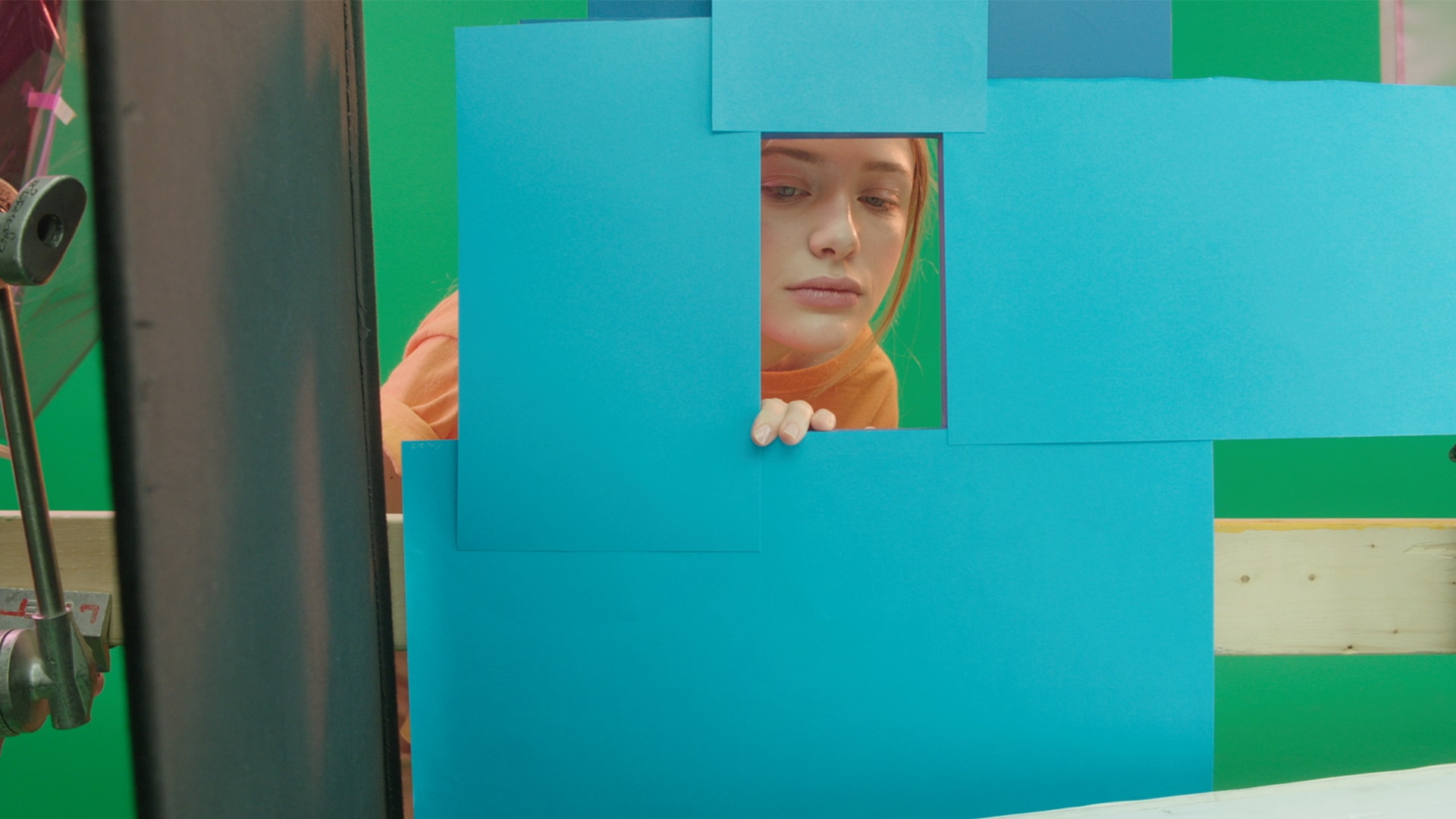 I’m always really excited when a new Vallée Duhamel piece comes out. Your work is immediately recognizable but at the same time, it looks as though you’re always exploring new territory. How do you keep it up and where do you find your inspiration?

I think since the beginning of our collaboration, we challenged ourselves to mix both spheres of our schooling. Eve comes from a visual art background and Julien from graphic design. We were always interested in mixing these two worlds and felt like it widened our creative playground to approach projects that would allow us to combine the two. It’ translated into physical space crafted visuals that would live as sculptures for art events, or, in some cases, end up being photographed for printed commissions. There was always this fascination of trying to create pieces where even if it was static, it would illustrate movement. A movement you could visualize the beginning and the end of. We would usually always create the middle part. At some point we felt the need to build the stories in motion.

Because we didn’t know much about shooting films, we started by doing everything ourselves mostly in stop-motion. We enjoyed it a lot because we would spend a lot of time preparing and building ideas we had in mind, which was really concrete in all parts of the process.

We find a lot of interest in twisting reality in both the aesthetic or the functionality of the objects. We like to think of how everyday situations could be more fun or interesting, or simply more colorful and joyful. We try to answer briefs by communicating the key points through a visual metaphor that would make the viewer smile or simply want to live into the universe we create. We are a lot into surrealism and artists like René Magritte that would distort reality. We particularly like his work because he often questions the materiality of the surrounding, and his use of simple elements in different context. 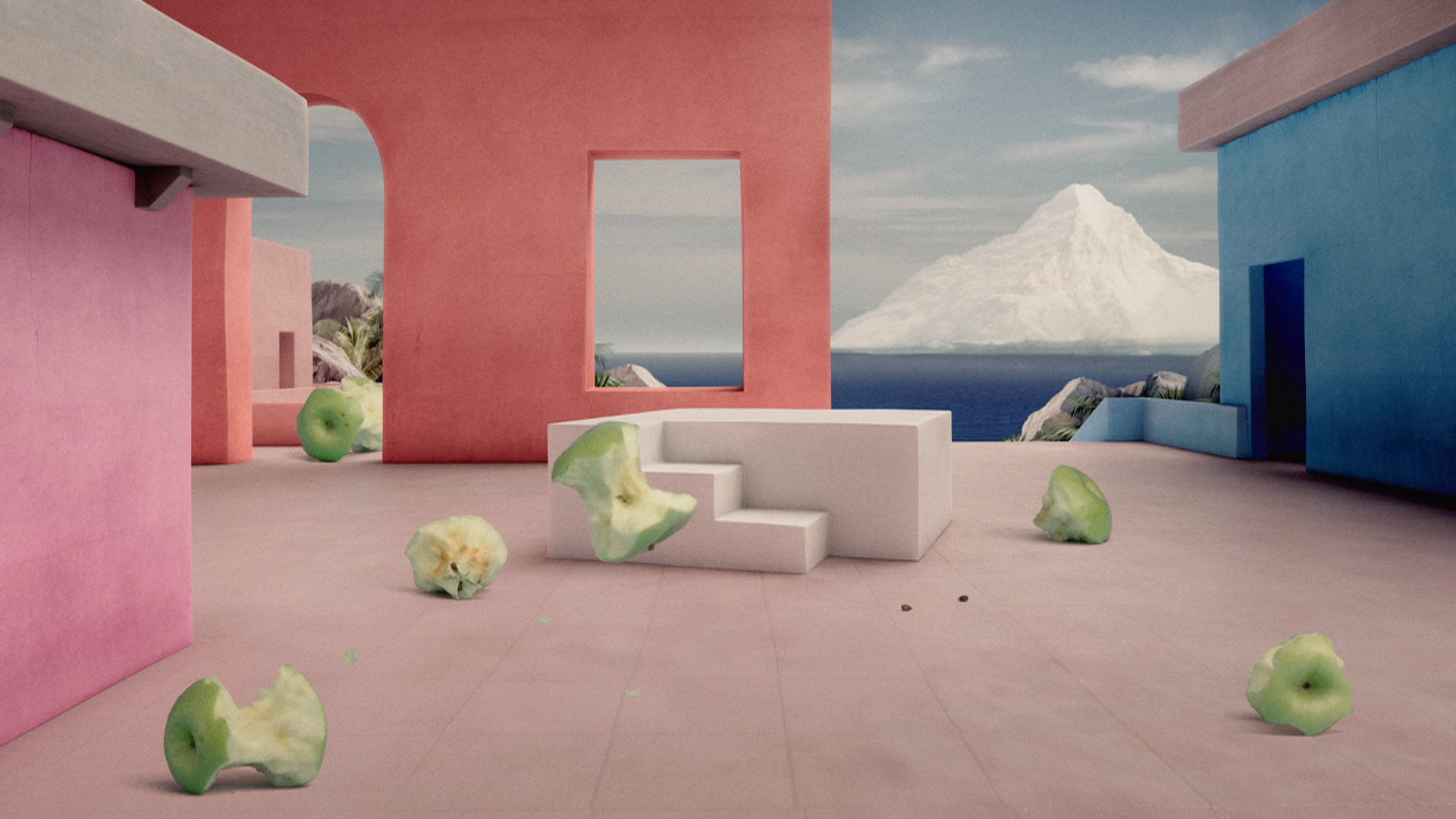 Finally, if you had to choose the thing that excites you the most about the mediums you work with, what would it be?

We love to approach the project with the concept first and not the final style. This way we can explore the appropriate medium for each project based on the creative, and not the other way around. We feel it enables us to explore different areas while pursuing our obsession of colors and playful approach towards work.