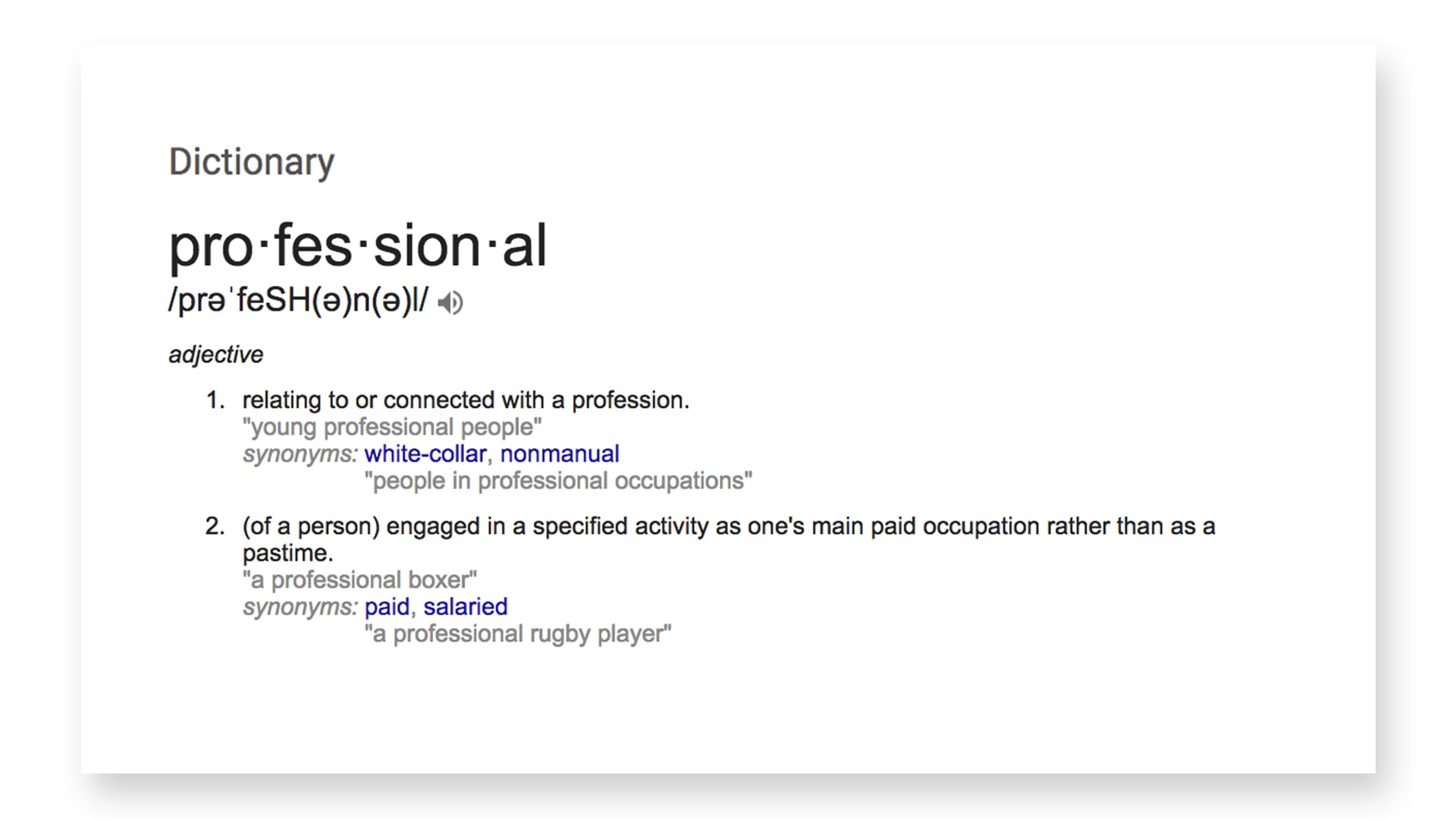 “Your talent will get you in the door, but your personality will keep you there. Always.”

Jay Grandin, Partner and Creative Director at Giant Ant, gave that quote when speaking to students from SCAD in a conference earlier this year. The concept of personality that he talks about is quite valuable—and perhaps it’s being overlooked these days in our field.

In order to elaborate on the idea of an artist’s personality within the context of the workplace, it may be worth looking at an aspect of the work itself first: the balance between the so-called “fun jobs”, and the ones that are less creative. Perhaps some disturbance in this balance can influence behaviour.

Is something happening to that balance in our industry?

Are the fun jobs less frequent?

“It depends on your definition of fun – there are a LOT more title sequences out there thanks to the proliferation of festivals, streaming networks, indie films, and web content. There’s also a LOT more “meat and potatoes” work like explainers and show packages full of bumpers and lower thirds. One fun thing, if you like learning, is the explosion in new tools – whether it’s cameras or editing software or Houdini and X-Particles, there’s a lot more to learn.”

The industry is evolving. There’s more of everything. The good and the bad. That said, you can argue that some basic, traditional principles like personality are still key for a team that wants to thrive in this environment. Even though it is undeniably cool to work in Motion Graphics, show off your portfolio and talk about it on social media, there’s still an element of professionalism that should not be ignored. Ryan continues:

“Conversely, there’s a bit of the HustleHackHype™ lifestyle design influence that came out of the VC-funded entrepreneurship crowd that’s pushing people to value aggressive social media networking, personal branding, and non-stop content creation on Instagram, Twitter, and Dribbble at the same level as office-smarts, design fundamentals, and software skills. All valuable skill sets but there’s something insidious creeping into the industry right now that’s just starting to show its effects on people’s stress levels.  It’s something worth watching and talking about.”

Think about work ethic, the “principle that hard work is intrinsically virtuous or worthy of reward”. It can be translated into keeping a high energy, being open to feedback, being nice to work with, keeping the focus on delivering a good final product. Things that really matter in our industry (and in most others, for that matter). And when a “meat and potatoes” project comes along that offers little motivation, those traits risk being neglected.

“It is ultimately work. I can imagine that since the work is meant to be creative and free spirited that the line of professionalism can appear blurry. The people I’ve seen have the most success have been those who view this as a real career and not just an extension of their sketch pads. Meaning that those who have respect in the process and are proud of the final outcome generally rise to the top.”

We can all take a step back (especially us veterans!) and recall the sentiment of joy we felt when first learning our keyframes years ago… To be doing this for a living today, while being among professionals that feel the same way, it’s nothing less of a privilege. Not that artists should just take on unhappiness in the name of being a professional. It is unsatisfying to do only the bad jobs, just as it is unrealistic to expect the opposite. But looking at routine with some perspective may have its benefits.

An artist who can keep up the good vibes through thick and thin will likely have much more doors open to them. And keep them open, according to Jay’s quote. Honing the craft has always gotten the hype, and it is crucial. But also crucial is improving one’s personality, reliability, consistency and so on.

“Talent goes a LONG way, but in our studio the right combination of talent and positive attitude is what we are most interested in. We look for those who are self starters with confidence to try anything, have humility to ask for help when needed and the ability to accept criticism as way of making the work better and not as an attack on them personally.”

Jay titled his talk “10 Things I Wish I’d Learned Sooner”, and this was appropriate given his audience that day: students, young professionals. This idea of having a good attitude in the workplace may be even more relevant for them. Why?

First, because as they start their careers they will inevitably come across a “boring project” that they might not be ready for. Without experience, we ignore how to better react to these common work situations. Second, because there’s a chance that students are not learning this in school: that good attitude combined with knowledge of the craft may take you further than sheer skills.

As Jay himself points out, talking about Giant Ant:

“We will 100% of the time work with somebody who’s pretty good and reliable before somebody who is amazing and unreliable”.

Everyone’s always learning how to do all the hip stuff and always sharing everything online but we may sometimes fail to remember that this is still a job. It renders good and bad days, and it demands hard and soft skills. Like any other. In fact, even with its ups and downs, it’s probably still much more fun than many others…

Being grateful for this fact alone may already be a handy way to find that extra push to show up, commit and execute even the unexciting tasks with care and enthusiasm. Which in turn will pay with dividends.