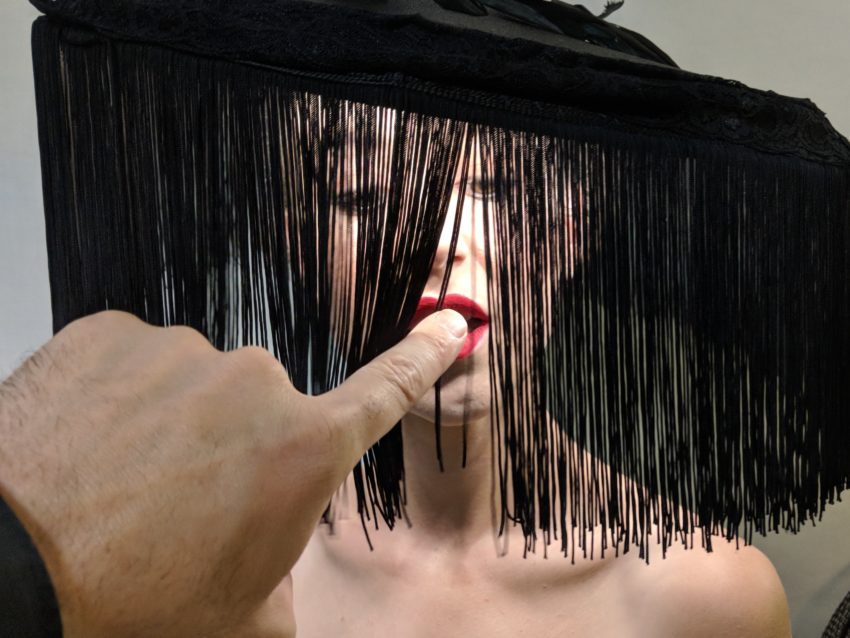 Our passion is to uncover ‘unexpected inspiration’ and our mission is to share it with the world.

The first article in our series on ‘Unexpected Inspiration’ presents Red Light Distancing, a unique event specifically designed to fit within the current landscape of a socially distanced world. The experience gives a fresh perspective to the audience and performers alike, as freedom of movement in the mind, body and soul are tested to the limit.

The mission to uncover inspiration can take you anywhere. It is with full acceptance of this truth that Motionographer founder, Carlos El Asmar, found himself in a pop-up whiskey-joint in Berlin, for those two things synonymous with a great night out: acrobatics and Jazz. Unexpected indeed.

‘Scotch and Soda’ enlisted a troupe of elite performers to create a melting pot of original live music, physical exertion and experimentation that left the crowd utterly awed and astonished by what they were seeing.

Carlos was quick to realise these were all attributes that would feel right at home at F5 festival and began to hatch a plan with its Director and cast member, David Carberry, to bring a show to New York.

For 2020 at least, Covid-19 has put a stop to that, but it hasn’t halted David’s partnership with Motionographer from being realised, including choreographing the virtual entertainment for this year’s Motion Awards.

Until then, in our first-ever production outside of motion design, our collaboration with David introduces the first-ever “Motionographer Presents” with his new show, ‘Red Light Distancing’ hitting the streets of Brisbane, Australia, this Halloween weekend.

Weaving his way through the creative process as a performer, producer, director, designer and musician, David, has dedicated his life to the performing arts.

From walking the tightrope to juggling, or being flung dozens of feet into the air and trying not to faceplant, it’d be easy to assume it’s his background in the circus that has prepared him so well for a turbulent 2020. But when I found out that he’s also a contortionist, it all started to make sense.

After speaking to him about his recent lockdown experience, it seems his ability to bend and mould himself into the ever-evolving shapes around him has catapulted him forward and helped him keep alive the industry he loves so much. 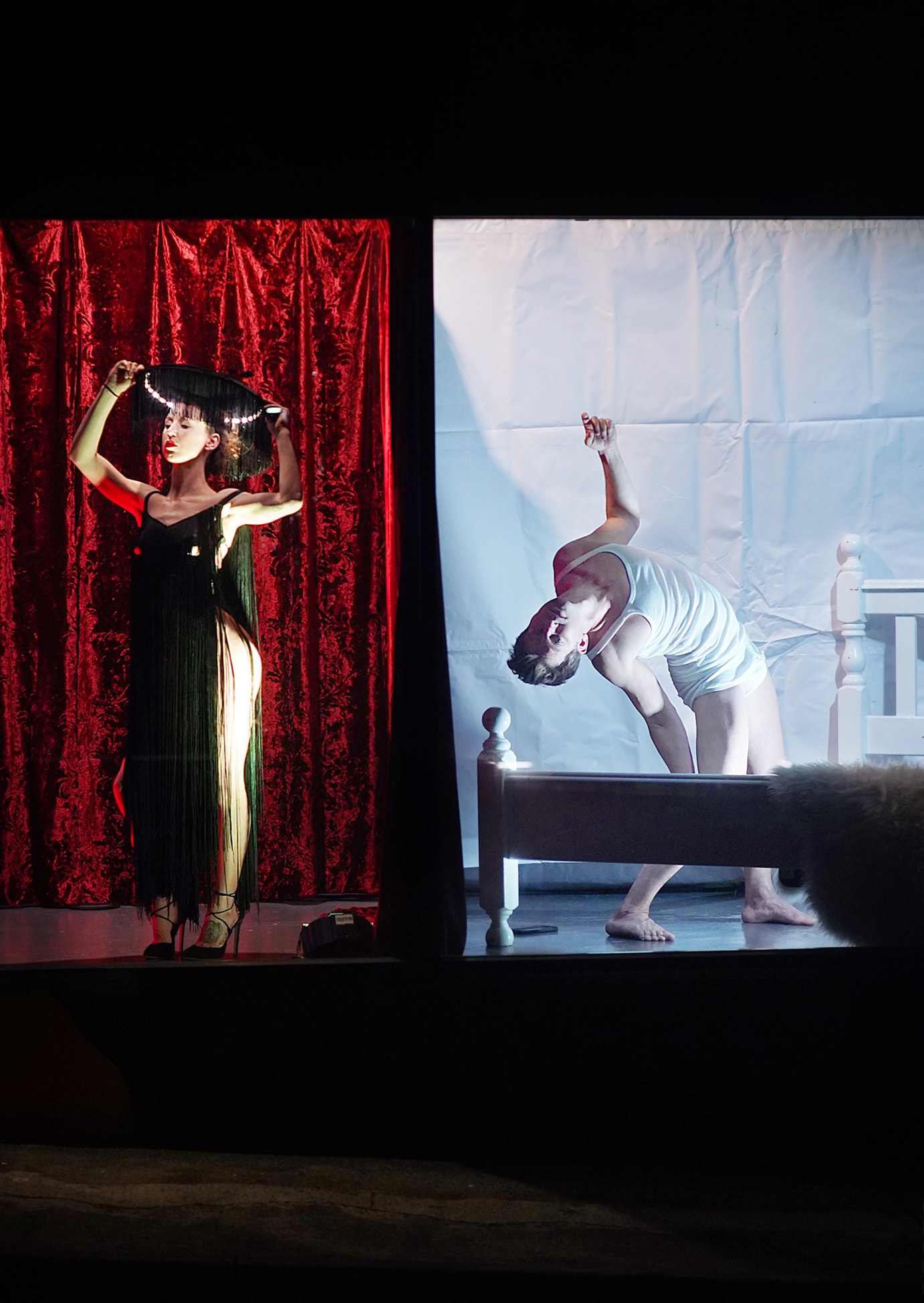 “Over the six-month period, I wrote 16 or 17 grant applications for various projects, that include 30 or 40 different artists. I guess my lockdown was spent channelling all the crazy energy in the world into my computer,” he said.

Prior to the pandemic, David had been working on a new project in the West End, a stone’s throw from Brisbane’s bar district. The venue, known as the sideshow, was set to host his hit show Smash Parade. It seemed like a great fit, but with floor to ceiling windows running all along the back wall it would take some creative problem solving, not least to try and control the sound from travelling in and out.

However, two weeks prior to opening, it was the noise surrounding Covid-19 that broke through, and the project was forced to be put on hold.

Rather than break his resolve, this gave David yet another chance to bend.

“It actually gave us more time to prepare and think about how we were going to set it up,” David told me. “I started writing grants for the space, and the local state government in Queensland moved really quickly to support the artists. I told them we knew we might not be able to have people in the space, and everyone would have to be socially distanced. But we have all these windows facing the street, let’s use them.”

To David, it was obvious. Eternally committed to the ‘weird and interesting’ he had a vision to once again melt into the shapes he’d been given. A concept whirred in his mind, as he took inspiration from the Red-Light District, conjuring up images of a human art gallery, or perhaps a human zoo.

Unique times call for innovative measures. The audience will experience the event from the street, as they peer into the world of isolation as told by a rotation of eight different performers. Whichever room you choose to view – the bathroom, the bedroom or the kitchen – each will house a story of coping with lockdown as unique as our own experiences. 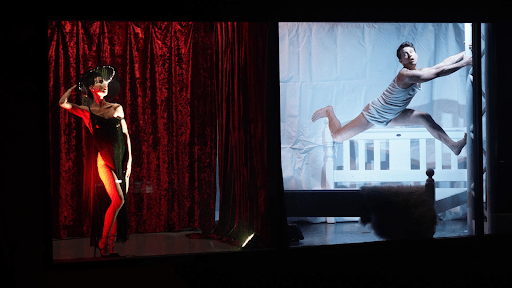 To the voyeurs amongst you, this may seem both exciting and alluring. To those not used to staring into other people’s houses, don’t worry, you get the hang of it pretty quickly (at least that’s what people tell me).

With all the performers given a structure to work with, they are tasked with producing what isolation means to them. These windows might mirror our own experiences, reflecting our very souls back to us, or perhaps just offer a gateway to the macabre.

Each space is 3 meters wide, giving the inhabitants room to move, dance or party (or if it really is a window into my own lockdown… get shit faced drunk, cross-dress and pass out on the kitchen floor).

Of course, it’s one thing being a voyeur, it’s another thing entirely being a fly-on-the-wall. Once purchasing a ticket, you will be asked to bring your own headphones, with the choice to watch the show in silence or tune in to each room and hear what the performers are listening to.

After being starved for entertainment for so long, a silent disco on the streets of Brisbane might be enough on its own to draw a crowd. However, as with all of David’s projects, it’ll be littered with lots of big surprises.

Lauren Watson, for instance, who although confined to a wheelchair, rebels against the word ‘disabled’, as an experienced circus performer, dancer, and aerial artist. Her take on isolation will counter the questions she is often asked about how she completes normal ‘mundane’ tasks, like getting out of bed or dressing herself. 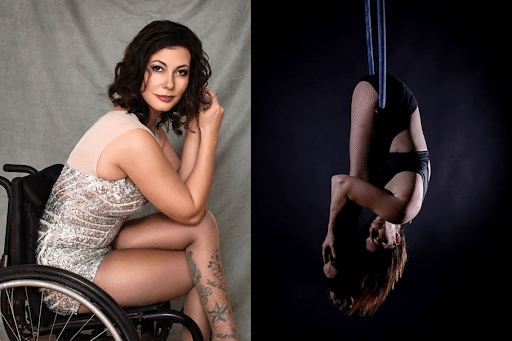 Samoan Drag Queen Fez Fa’anana will focus his performance on the effects lockdown had on his mental health.

Meanwhile, Jacqueline Fury – sword swallower, striptease and fire eater – could be up to just about anything. 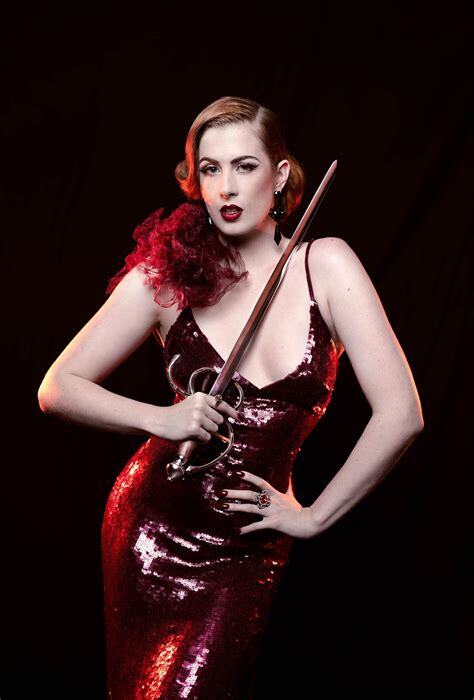 Anyone walking by can see what’s going on, it’s a public road after all, but due to Covid regulations and the capacity of the space, guests who have reserved their place in time will receive extra privileges. These include access to the bar and thanks to Jonathan Sri, a supportive local councillor, a private section of the street has been cordoned off for them. To register for the event is free and there is a suggested minimum donation of $2.50 – all of which will be passed back to the volunteers.

Although you might not be able to make it down under to watch David perform, you can tune into the Motionographer Instagram over the event dates, as David and his team host a takeover, with exclusive footage and behind the scenes shenanigans of the weird and wonderful Red-Light Distancing.

After our conversation, I asked David about his experience with motion. For someone who has relied so heavily on his body’s ability to form unusual shapes and perform spectacular feats, how does he continue to push the boundaries of what’s possible? Both mentally and physically.

He told me he is now able to reach his ‘flow state’, but first must let go of all the methodology he has spent so long cultivating.

When I asked him how, he said, “I guess you’ve got to have practiced the technique, the technicality, of whatever you’re creating enough times so that you don’t have to engage your logical brain and think about what you’re doing anymore.”

Well, we may not all be able to fold ourselves into an envelope, but I think we can all take a little bit of inspiration from an unrelenting spirit that’s always ready to adapt. With people the world over having to pivot and find new ways of working, I guess in that way, we are all contortionists.

Tickets can be found here: