Love it or loathe it, social media is here to stay. Bubbling away for many years as a harmless way to keep in touch with old friends, as we further embed ourselves in its ascendancy, the nefarious possibilities are beginning to crescendo.

For our latest installment of ‘Unexpected Inspiration,’ we invited journalist Nayeli Chavez Geller to sit down with Sinan Aral, author of the critically acclaimed book The Hype Machine. This in-depth Q & A discusses the promise and pitfalls of social platforms, the likelihood of electoral interference, and how we can protect ourselves online against a minefield of fake news, misinformation, and user manipulation.

So, what is The Hype Machine, and how will it impact human evolution?

Just ten years ago, we communicated and coordinated with one another by phone, fax machine, and email. Since then, we have invented an entirely new set of technologies to curate and disseminate information. These technologies determine what we read, how we talk to people, and what advertisements we see; to the tune of trillions of messages a day. This conglomeration of technologies and social media – which I call The Hype Machine – influences everything from how we shop, to who we date, to how we vote. I’m on a mission to achieve the promise of social media while avoiding its perils, specifically as it relates to democracy, economy, and public health. 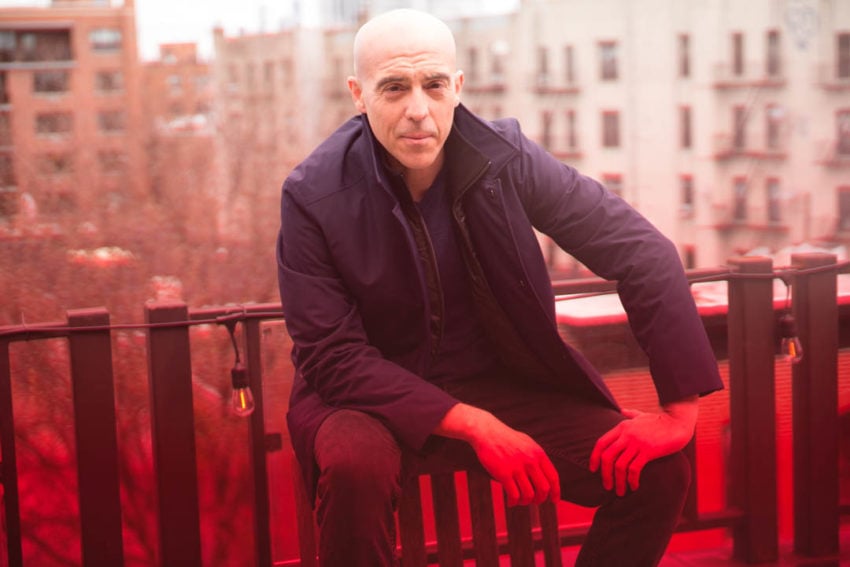 You mention the promise and perils. Can you start with some of the positives?

The “promise” refers to our unprecedented ability to communicate, coordinate, collaborate, and innovate together.

It helps create social movements around causes that matter to humanity and mobilize society to meet some of humanity’s most critical challenges. We’ve kind of lost track of all of the benefits that social media can create.

I’ll give you an example. When Nepal experienced its most significant earthquake in a hundred years, Europe raised $3 million for relief efforts. The US raised $10 million. Facebook spun up a “Donate Now” button and raised $15.5 million more than Europe and the US combined.

I think that the question isn’t should we do away with social media. We should really be talking about how we can achieve its positive potential and avoid its peril at the same time.

If not used properly, The Hype Machine holds a tremendous amount of “peril,” as we’ve seen in recent years. It can lead to genocide or propaganda. It can lead to election interference and disruptions of democracy. Not to mention massive waves of fake news, cyberbullying, or authoritarian crackdowns on journalists. So, this book is really a clarion call to the world to organize ourselves around useful frameworks for achieving the promise of social media while avoiding the peril.

You mention Fake News, a topic that has been percolating for a while now. Can you tell us more about this phenomenon?

Let us first understand the objective of social media; which is the “Human Psyche.” The technology that supports these networks is designed to stimulate our neurological impulses, to draw us in and persuade us to change how we shop, vote and exercise, and even who we love. It analyzes us to give us options for what to read, buy, and believe. The more precise it gets, the more engaging and persuasive it becomes. It is constantly feeding us signals routed through the human social network by algorithms designed to maximize our engagement.

But at the same time, these signals are much more transformative. They are “hypersocializing our society.” They do this by injecting the influence of our peers into our daily decisions, curating population-scale behavior change, and enforcing an “Attention Economy”. It’s not a stretch to say that algorithms know what we know and when we know it.

All these factors play into why fake news travels faster (in fact, six times faster) farther, deeper and more broadly than the truth, as I identified with my colleagues at MIT in an extensive study.

How did it come about, and how does it influence our response to societal issues?

Fake news represents a threat to our democracy and has implications on our public health. Using the Covid-19 example, we have found that fake news is fueling the spread of the pandemic by spreading behaviors that are making it harder to control the pandemic.

One explanation we have is what we called “The Novelty Hypothesis.” Novelty attracts human attention because it is surprising and emotionally arousing. We tested whether false news was more “novel” than true news and the answer was a resounding YES. This makes sense in the context of the “Attention Economy.” Novelty attracts our scarce attention and motivates our consumption and sharing behaviors online.

To add to this hypothesis, we have other factors like the “Illusory Truth Effect” – if you beat us over the head with fake news, we are more likely to believe it.

There is also confirmation bias, where people tend to believe what they already think.

So, how can users deal with fake news? How can they be empowered?

I have advocated specifically for labeling. In 2018 I got up on the TED stage and said, “Listen, when you go to the grocery store to buy food, it’s extensively labeled by law, but the

information we consume isn’t labeled at all, we don’t know anything about the provenance of this information.”

This presents an excellent opportunity for social networks to create a system of scale that can label things based on what the collective believes is true or false. They can crowdsource the information from large groups of people on their platform, feed the information to the algorithms, and cross-reference with the 35,000 human moderators that Facebook has.

Can you briefly describe what your research uncovered about interference in the 2016 presidential election?

Let’s start with the numbers and what we know. We were able to show that 126-million Americans were exposed to fake news on Facebook during the 2016 election. We also found twenty-million fake news posts on Instagram, ten-million posts on Twitter, and over forty-three hours of false YouTube content. Forty-four percent of voting-age Americans visited a fake news website in the months leading up to the election. So, we know there was tremendous exposure to false information. We also know that Russia targeted voting systems in all fifty states and that they targeted swing states with information that was overwhelmingly oriented towards helping Trump and hurting Clinton. However, we don’t know what effect any of this had on the election, and we don’t know that because we didn’t measure it in 2016.

But given the sheer volume of fake news on social media, why don’t we know whether it influenced the election?

It’s very difficult to say definitively whether it affected the outcome. Fake news on social media was a small percentage of the American media diet, but a lot of that misinformation was echoed on cable news networks and other news mediums. We also don’t know how persuasive it was.

We know that Facebook messages can massively affect voter turnout. In the 2010 congressional election, Facebook put an “I Voted” button on their homepage, and it caused 800,000 more people to vote in the congressional elections. That’s a causal effect from an experiment, so we know it can move voting behavior, but we don’t know whether fake news affected the 2016 election because nobody measured it.

Should we be regulating speech on the internet? How will laws help us create a better Hype Machine without restricting free speech?

First and foremost, we need to be thinking about laws aimed at protecting our elections. There are several bills in Congress right now that could, if passed, defend our democracy against foreign interference. These laws would make political advertising on social media as transparent as it is on television or in print. But there are other areas where the legislature could improve The Hype Machine in a deliberative way. For instance, they could enforce the interoperability of social media platforms, as we did with cell phone number portability (i.e. people now have the right, by law, to keep their telephone numbers). They could legislate ownership of our social media graphs or define the boundaries of harmful free speech.

When it comes to interoperability, we could give legislation teeth by allowing people to take their social media data from one platform to another; this would chip away at these monopolies.

We need new laws that define what free speech is and where it should be circumscribed. Without those laws in place, content moderation is left up to the private companies that essentially run this communication ecosystem. 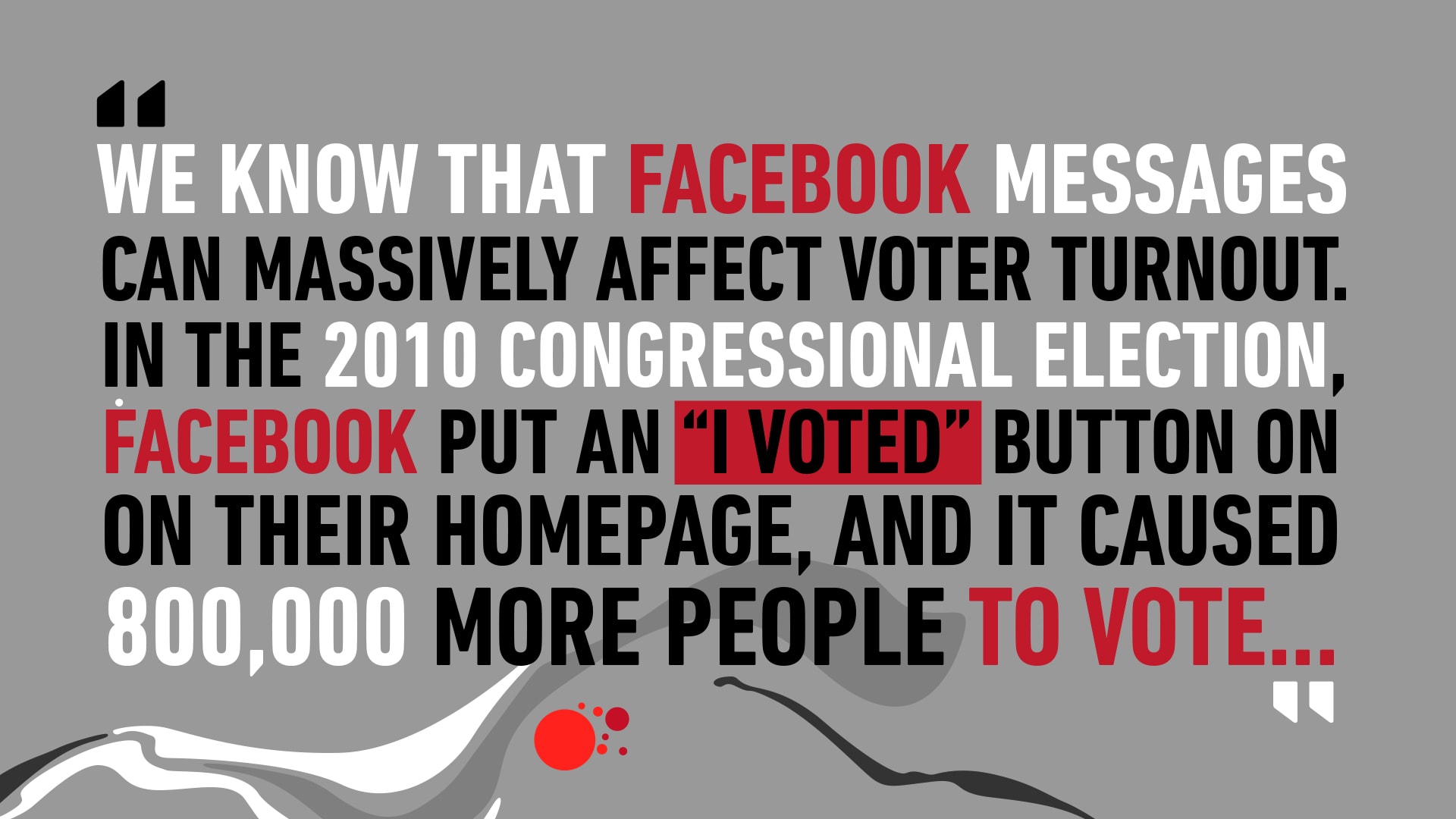 Social media advertising has exceeded all other forms of traditional advertising. How do we find a sort of happy medium between financial interests and consumer interests?

In the book, I mention four levers that we have to steer social media towards the promise and away from the peril. These four levers are money, code, norms, and laws.

‘Money’ is the business model, which creates the incentives for how the platforms behave and how the users behave. ‘Code’ is the design of the platforms and the algorithms. ‘Norms’ are the ‘norms’ we adopt when using the technology. ‘Laws’ refers to its regulation.

So, when it comes to the money, I think that the true leaders of the new social age will be the ones that realize that they have to align the concept of long-term shareholder value with society’s values. The current system is hyping us to sell more advertising, but it’s also creating backlash for these companies. It’s not sustainable.

What role can visual storytellers like the Motionographer community play in disseminating reliable and impactful information on social media?

The medium of storytelling is becoming more prevalent. We are moving to a decentralized world of individual influencers, one in which social proof and social relationships drive narrative through the human social network. So getting the Motionographer community in touch with the details of how to use the tools created by social media can be very effective in telling more impactful stories.

Now, when it comes to disseminating reliable information and how the Motionographer community can be engaged with that, I think that an effective narrative is a fantastic way to convey the truth. Visual storytelling is the most persuasive mode of communication today.

My colleague, Alex Collmer, who’s the CEO of VidMob, the world’s leading platform for data-driven human creativity, likes to say “video is eating the world,” and it’s true. People believe and retain what they see in video a lot more than what they read in text.

It seems like a danger of this technology is that we trap ourselves into a bubble that resembles our interests. How can we avoid the pitfalls of that echo chamber?

So I think a big part of it is we have to seek out diversity. We have to follow a diverse set of information sources. We have to read from different viewpoints in order to connect with different parts of society. 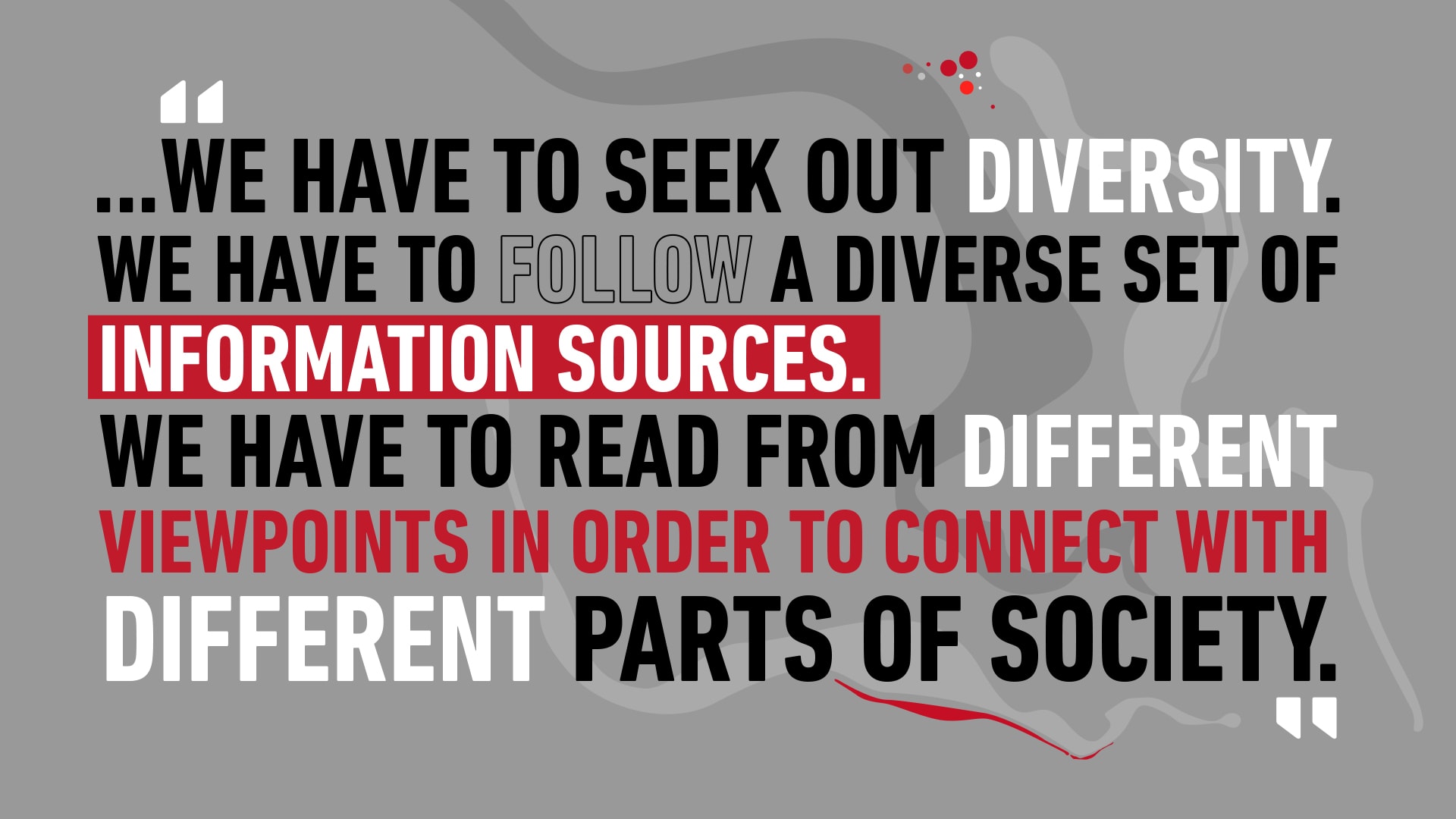 Actually, I do see myself as a creative, so in that sense, I draw inspiration from lots of places. Most of my very close friends are in film and fashion. They are artists and painters from around the world. And in that way, I don’t sort of cocoon myself in my own information bubble. I also feel inspired when I advocate for an information ecosystem that is healthy and diverse.

We’d like to thank Nayeli Chavez-Geller and Sinan Aral for this insightful Q&A. The Hype Machine is available in bookshops, or click here to get yourself a copy now.