My name is Jonathan; I’m a Swedish filmmaker and visual effects artist. My friends and I recently released our new short film Untitled Earth Sim 64, a sci-fi comedy about a woman faced with an existential crisis when she discovers that her universe is a simulation. 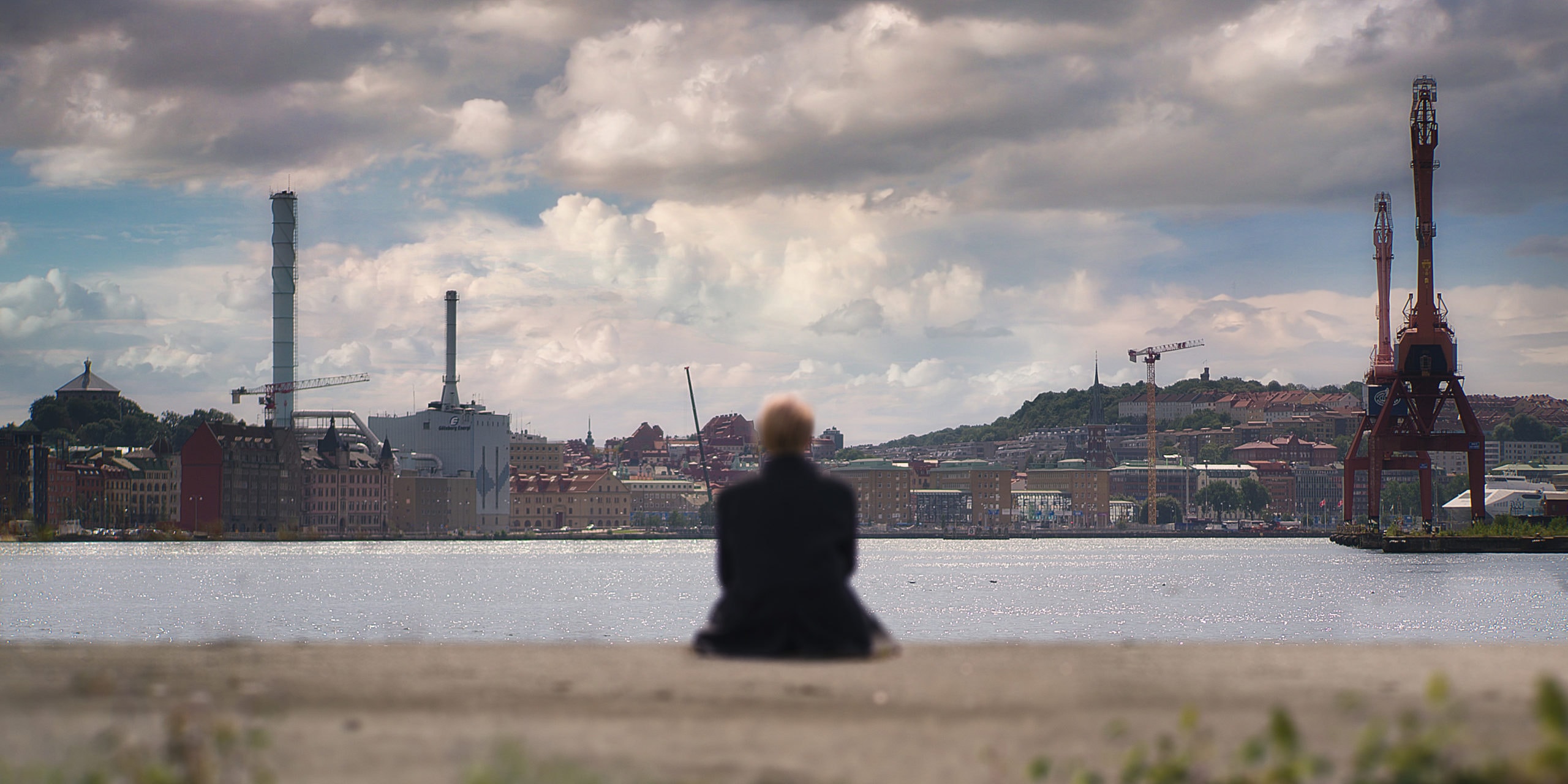 The project started out with a different simulation story that we were going to shoot in Hong Kong early last year. We had the funding, had chosen our cast, and our bags were packed. It was then, for the first time, we heard about the party pooper that is Covid-19. The shoot had to be postponed, and I was suddenly left with a lot of extra time on my hands.

I started working on different visual effects tests to design the look of the “glitches” that would feature in the film. The more I tested, the more I realized how much fun I could have with this concept. I started putting little sketches and mini-films together, with so many gags we wouldn’t have been able to justify in the original script, as it would have taken away from the main narrative. I had no idea if and when we could start shooting again, so I saw it as an opportunity to use these new ideas to make a short and sweet comedy focusing entirely on the simulation aspect (and a bit of a lighthearted exploration of existentialism). 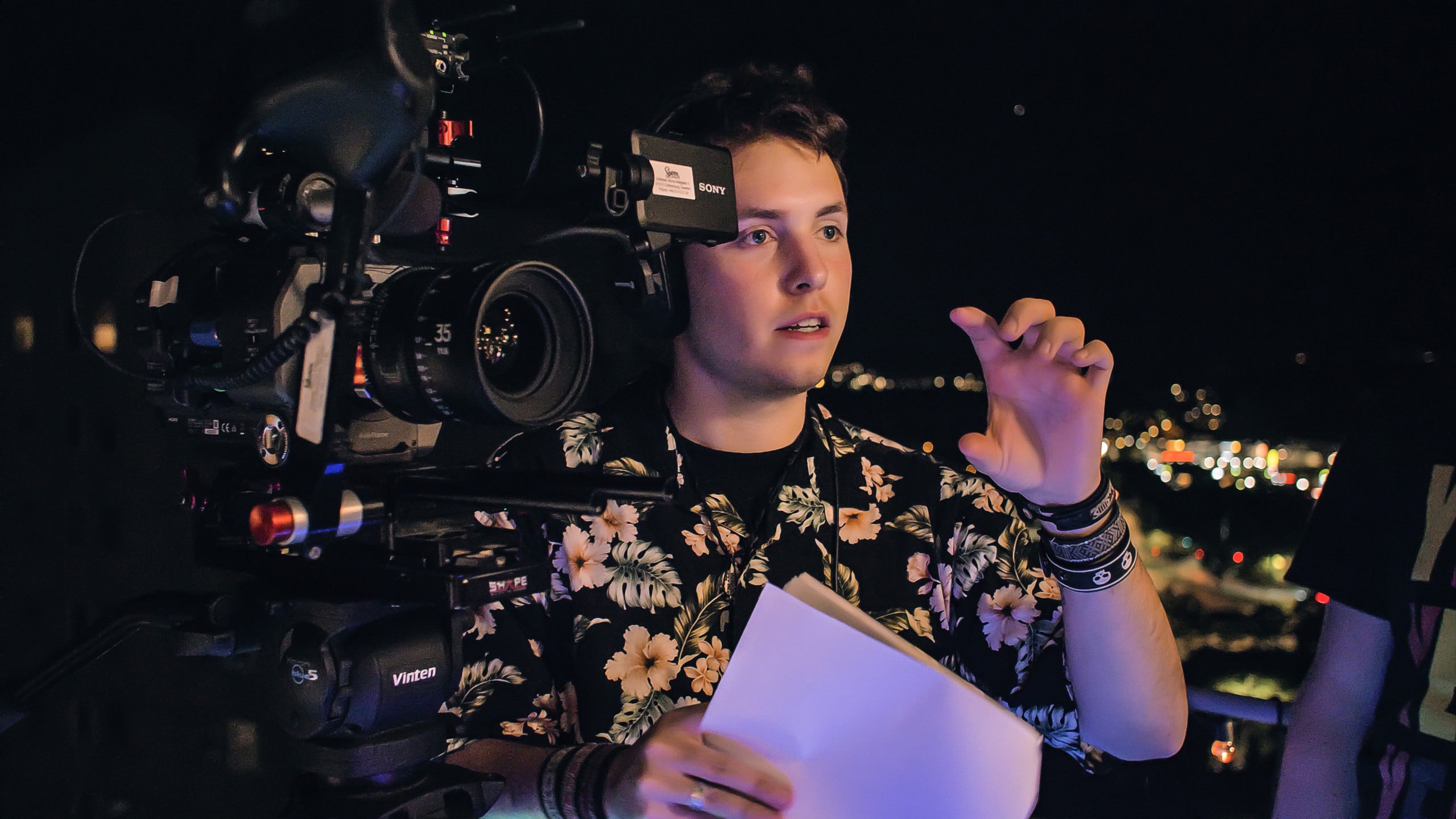 We also needed to create something that could be shot closer to home, so I began work on a new script that could compliment the original, perhaps even as a prequel if we ever manage to get it made.

The idea was to create a fun sci-fi short using limited resources because we didn’t want to get stuck applying for funding again. We wanted to make something low-budget that we could get off the ground on our own, which meant we couldn’t afford any special sets, costumes, or props. The great thing about the simulation concept was that it allowed us to take our normal world and turn it into a sci-fi setting. With some simple visual effects tricks, I could turn the family pets or even something as simple as an ice cream or a leaf into cool sci-fi props. 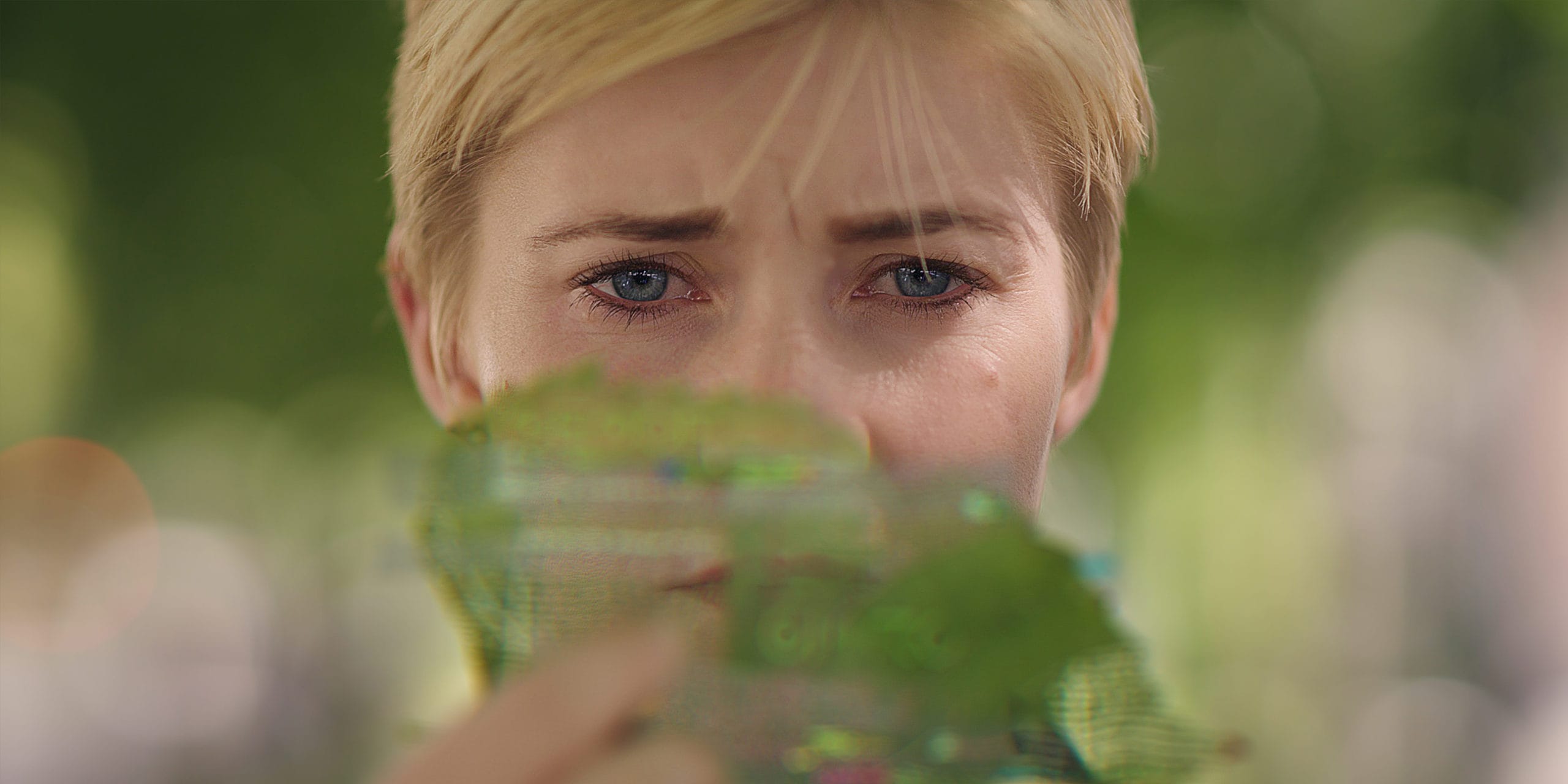 Filming took place during a sweltering weekend in Gothenburg with a skeleton crew of three people behind the camera and two actors on set – British actress Karen Olrich-White and Swedish actress and pro wrestler Aya Frick. The Australian actor James Fraser joined us virtually as the voice of an alien researcher, pre-recording his lines so that we could have playback on set. 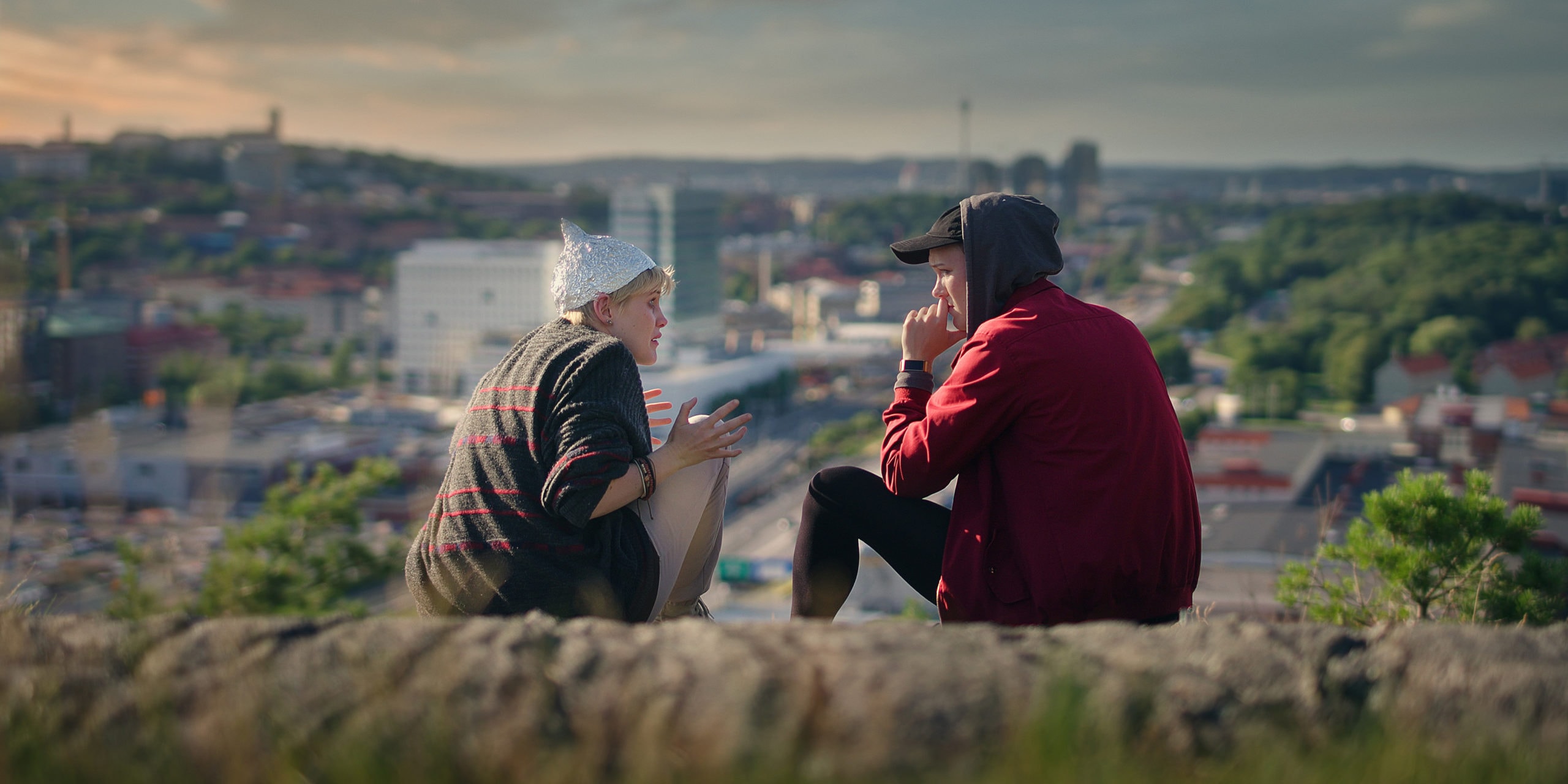 The film then went into several months of post-production. One of the key reasons we could make it on quite a low budget was that the whole process was finished by myself on my laptop, using Adobe Premiere, After Effects, and Photoshop. Admittedly, it was a pretty hefty workload for one person, but this is where I got to use what I think is the secret superpower of low-budget filmmaking: time.

With more money and more crew, the film could have been finished much faster, but if you’re okay with the process taking a bit longer, you can still do the same work if you’re willing to put the hours in. I mainly worked nights and weekends in between my day job; it was definitely challenging, but it was also a lot of fun. 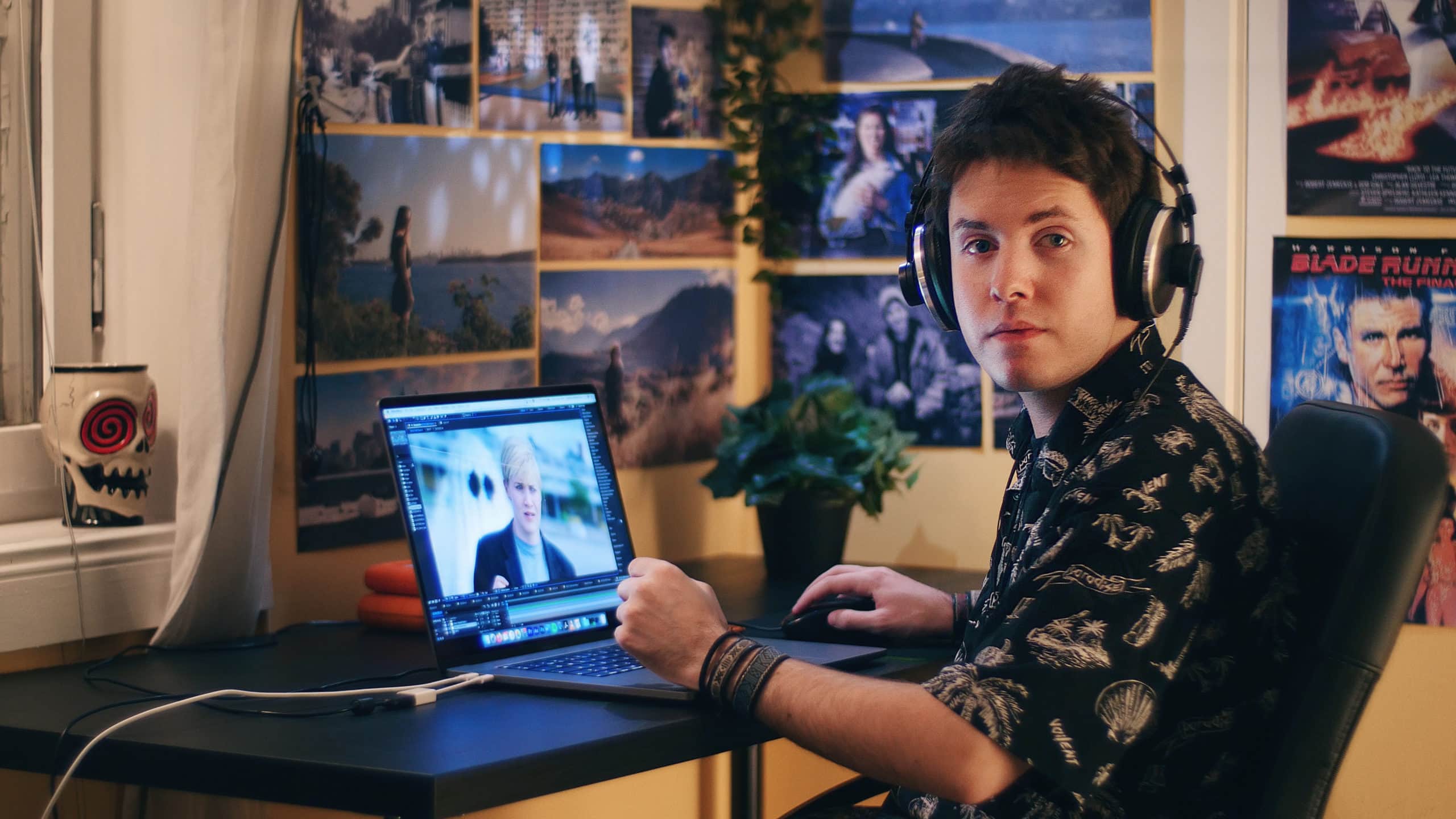 The most involved process was the visual effects work. The film consists of 73 shots in total, and 67 of those are effects shots. They range from simple sky replacements or morph cuts to the more intricate glitch effects. The funny thing about creating the glitches is that they’re meant to look chaotic, random, and broken, but the process to get there was incredibly manual and required many iterations. Some shots took 14 or 15 versions before I was happy with them; this was actually one of the pros of doing the visual effects myself. If I was paying for the effects, I might have had to settle for an earlier version to not run out of budget, or if a friend were doing it as a favor, I wouldn’t have been comfortable asking for 15 iterations. As I was doing it on my own, I could keep plugging away until I felt happy, although you still need to set limits for yourself. You could keep trying to perfect something forever, so you need to know when it’s time to move on. There are lots of shots in the film where I wasn’t quite able to accomplish what I originally imagined, but you just have to try your best and sometimes settle for “good enough.” 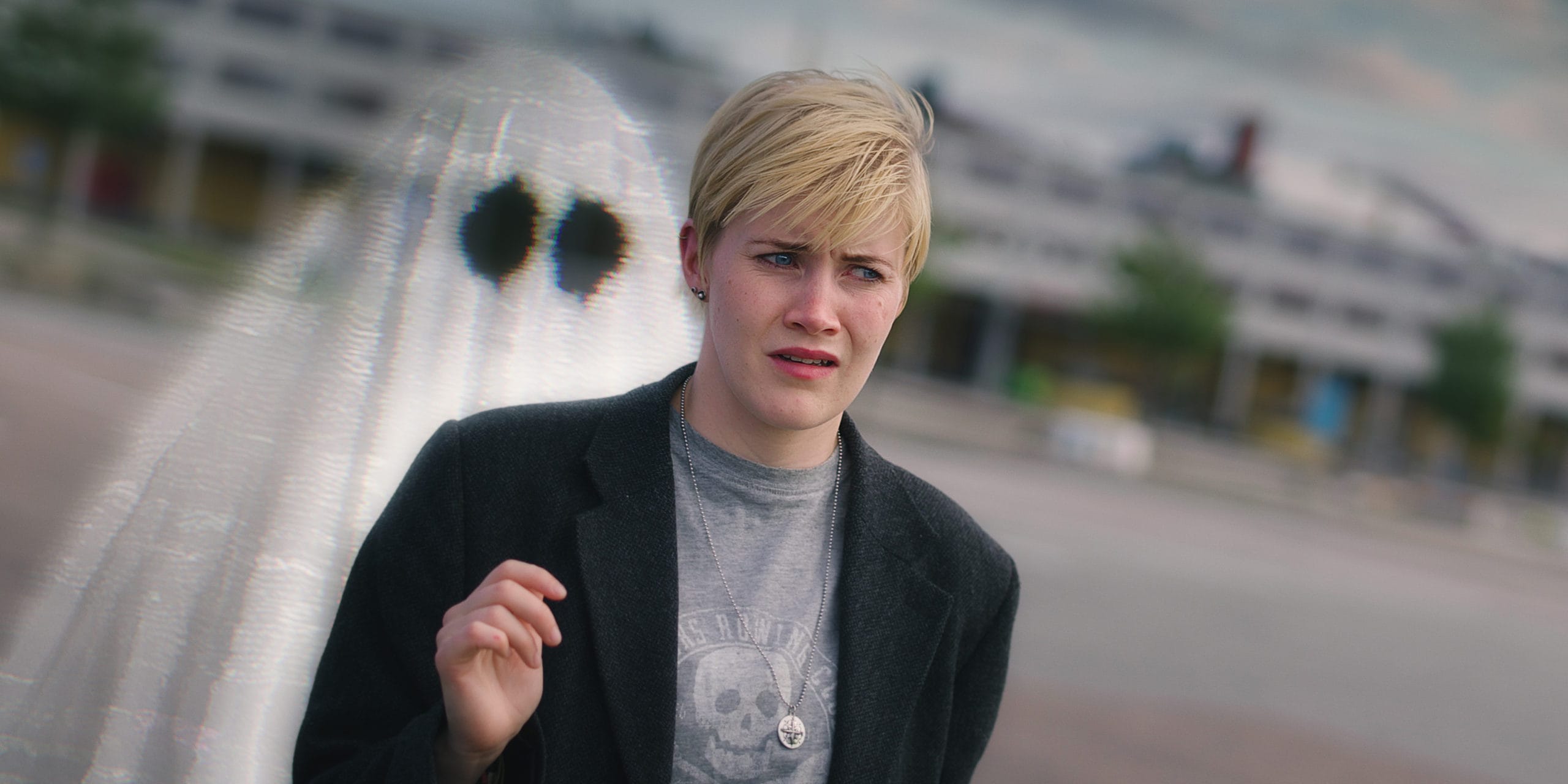 I guess when most people think about visual effects, they think of superheroes, spaceship battles, or advanced 3D animations, but there’s so much more that they can be utilized for.

My favorite shots in Untitled Earth Sim 64 are actually the ones you might not suspect to have any effects. One example that amuses me is a scene that features a CG lamppost because why on earth would that be needed? We could have shot the scene somewhere with a real lamppost, like a park, but I wanted to find somewhere more interesting. One day I found myself at an abandoned parking lot by the harbor and thought it would make for a great location, the only problem being that it didn’t have the lamppost that we needed. This is where a little bit of effects knowledge was quite helpful because since I knew that we could quite easily comp in a lamppost, we didn’t need to compromise and shoot somewhere less interesting.

Another example is an establishing shot that dollies into a close-up of one of our actors, which is a completely digital camera move. The scene was shot on a little mountain overlooking Gothenburg, and with the limited budget and time that we had, there was no way we could bring a dolly up to the summit. So instead, we shot two static shots, one of the city and one of our actors, and then I rotoscoped the actor out, placed the elements in 3D space, and added a digital camera move and focus pull. 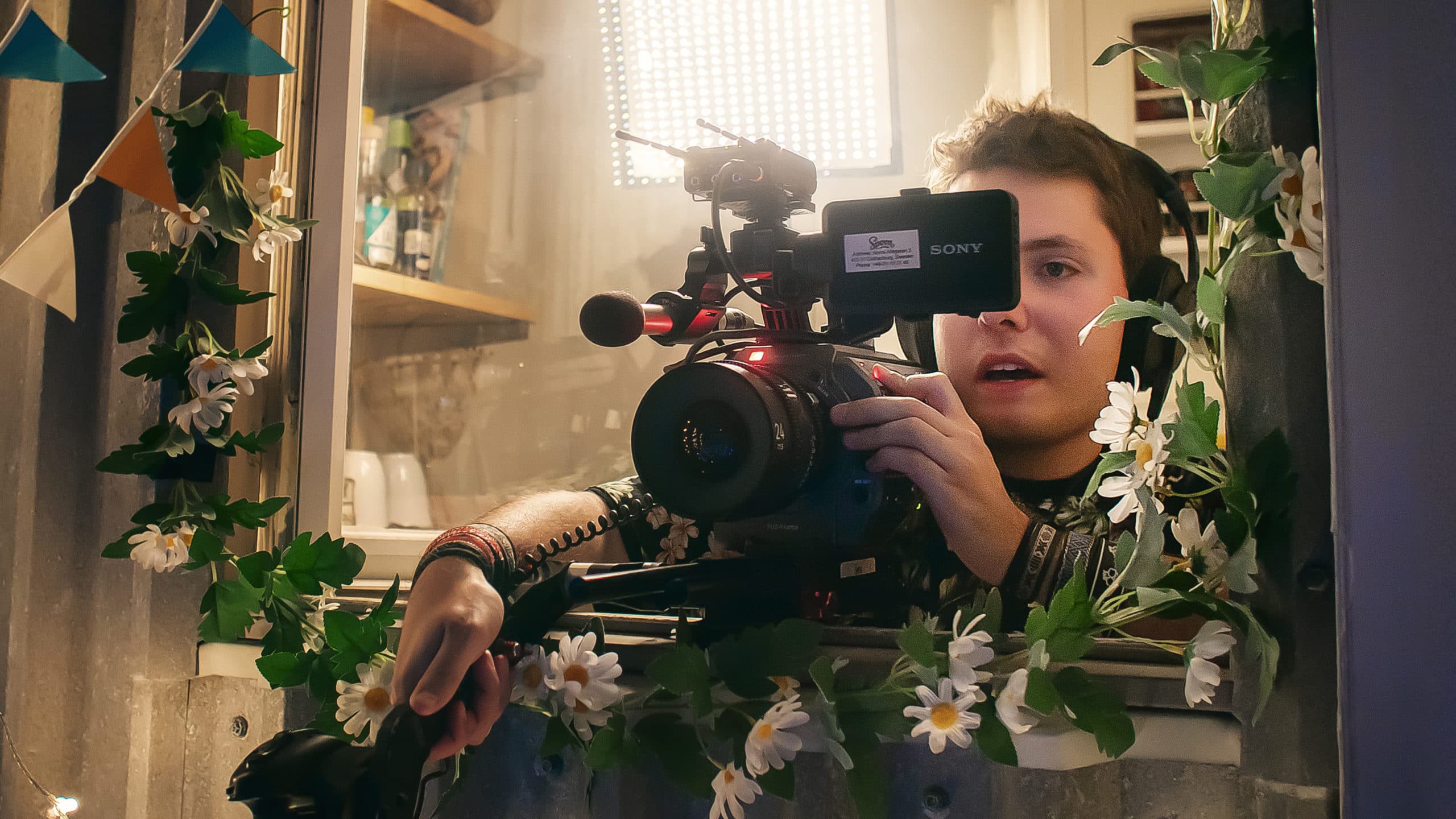 Other examples include using sky replacements to extend blue hour and using morph cuts, split screens, and set extensions to enhance the edit or even create entirely new shots. Tricks like these are fantastic when you’re working with a minimal budget and want to maximize your production value.

I think all of this is an excellent example of how accessible filmmaking has become and that certain genres or types of film that have usually been reserved for bigger budget projects are becoming more and more achievable even on smaller budgets.

Thank you so much for reading, and if you want to learn more about this project, please check out our visual effects breakdown and behind-the-scenes video.