I’m Ollie, an animator, painter, and filmmaker based in London. I tend to play off my own emotional response to my work in an oddly destructive feedback loop. I like to explore the relationship between filmmaker, film, and audience, and those spaces between. It can be very experimental, but I like to find the humour in it too. 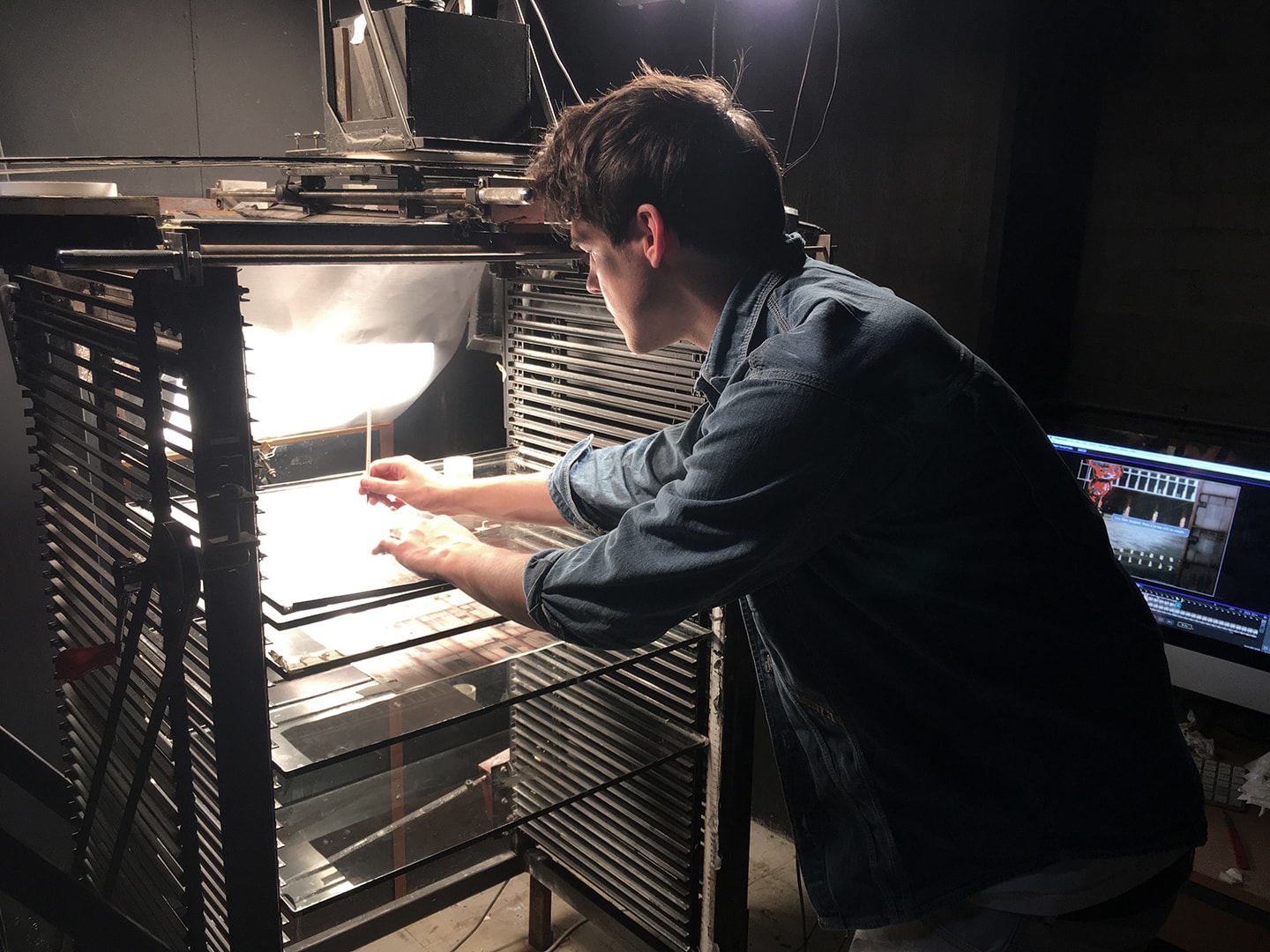 Fill us in on your animation background and what led you to become an animator?

Growing up, I loved to paint, and I loved films. So even though I was a bit of a latecomer to animation, it was something that made sense to do. I moved to Bristol to study animation, and after my grad film “Fall” did pretty well, I went on to do my MA at the RCA in London. My work was always rooted in fine art, but it was in London where I started playing with anti-narrative and pushing more experimental ideas. 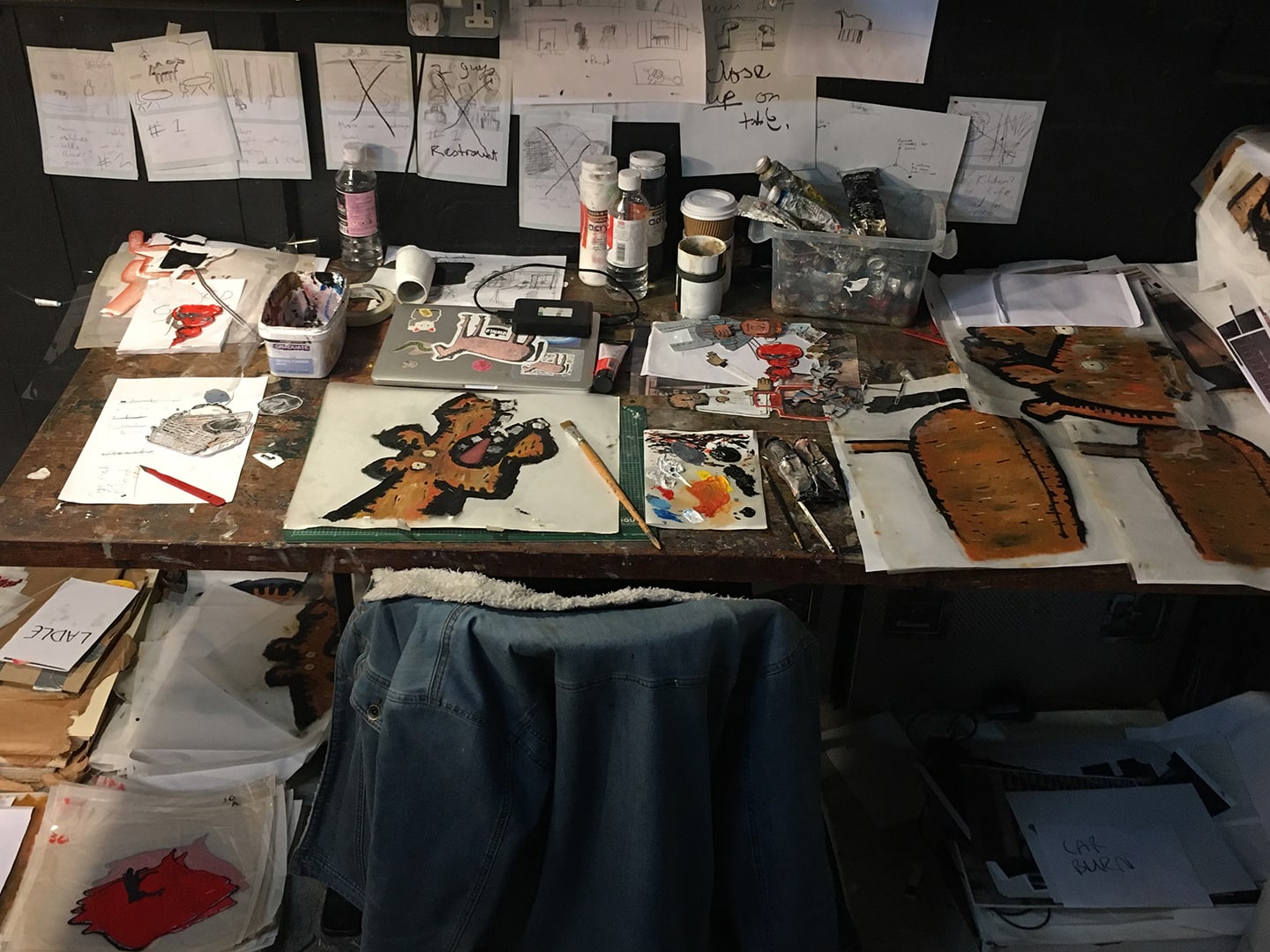 This was my RCA grad film, so I directed, produced, and animated the film. I also did the sound design, as that was such an essential aspect. RCA has a system of first-year students helping on grad films, so a big thanks to David Crump, Dermot Lynskey, and John Summerson for their help. Also, check out their great films! I also have to thank the RCA tutors, especially Tim Webb, for all their input!

I’m never sure whether to explain the film to people. Or even if I’ve figured it out. I’d always encourage someone watching to find their own meaning if any. Some of the interpretations I’ve heard have been brilliant. I like one that saw the horse as a literal metaphor for our misinterpretation of what can be overly pretentious work. But to me, the film is a moment of self-doubt. It was about my relationship to filmmaking and embracing my more self-destructive habits as creative tools. 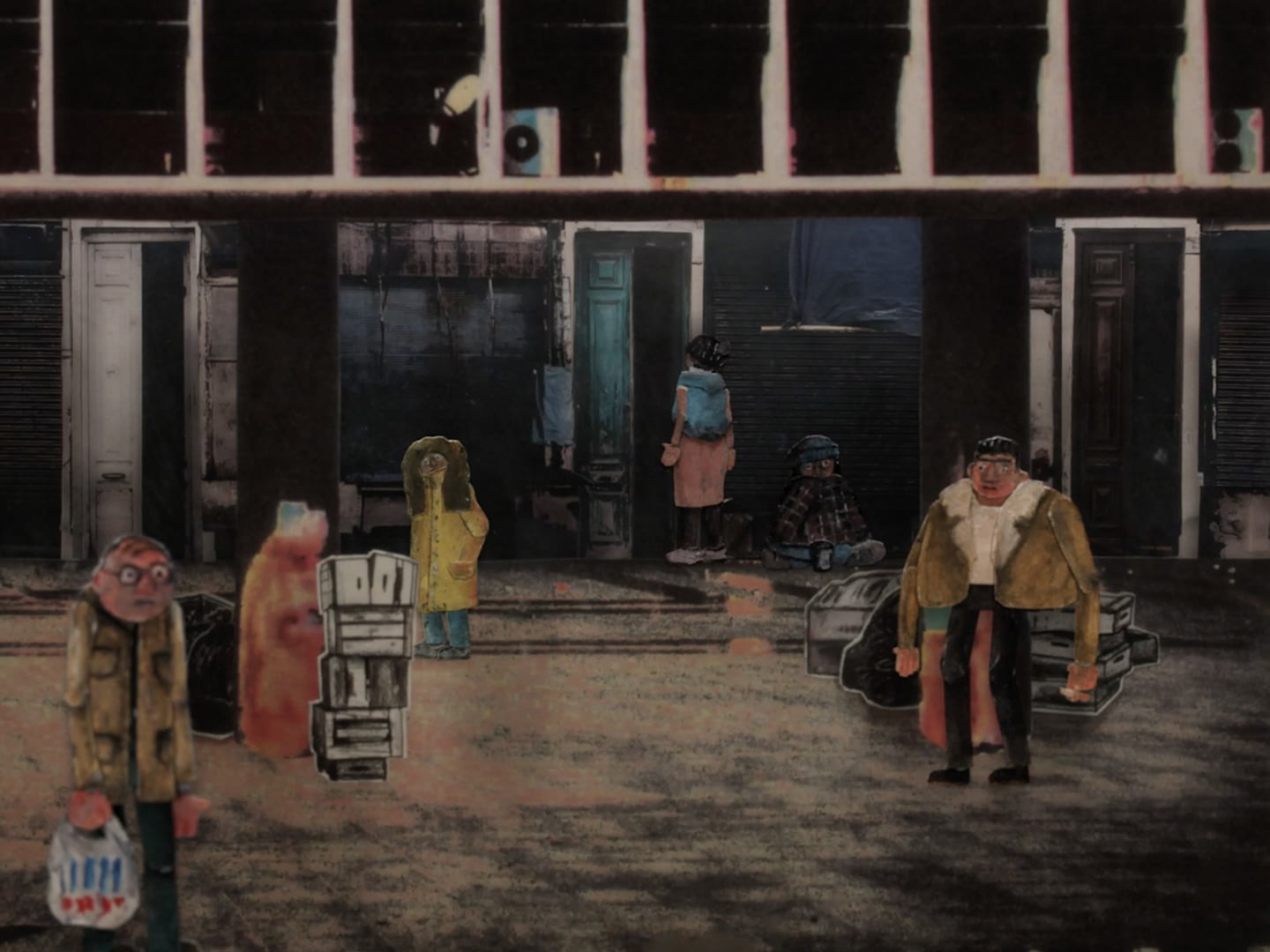 The film is the result of about eight months’ work. The multiplane technique was pretty laborious and a very mixed media approach. Character puppets were painted and cut out on card, 2D effects like the smoke were painted on cel, and backgrounds were constructed from printed photos I found on old SD cards. The scenes were then put together on a big ten-layer multiplane and animated stop frame on Dragonframe. Doing it all with real materials was important for this film; it needed real depth and tactile objects, so when the horse comes along, you know you’re missing out on something back there! 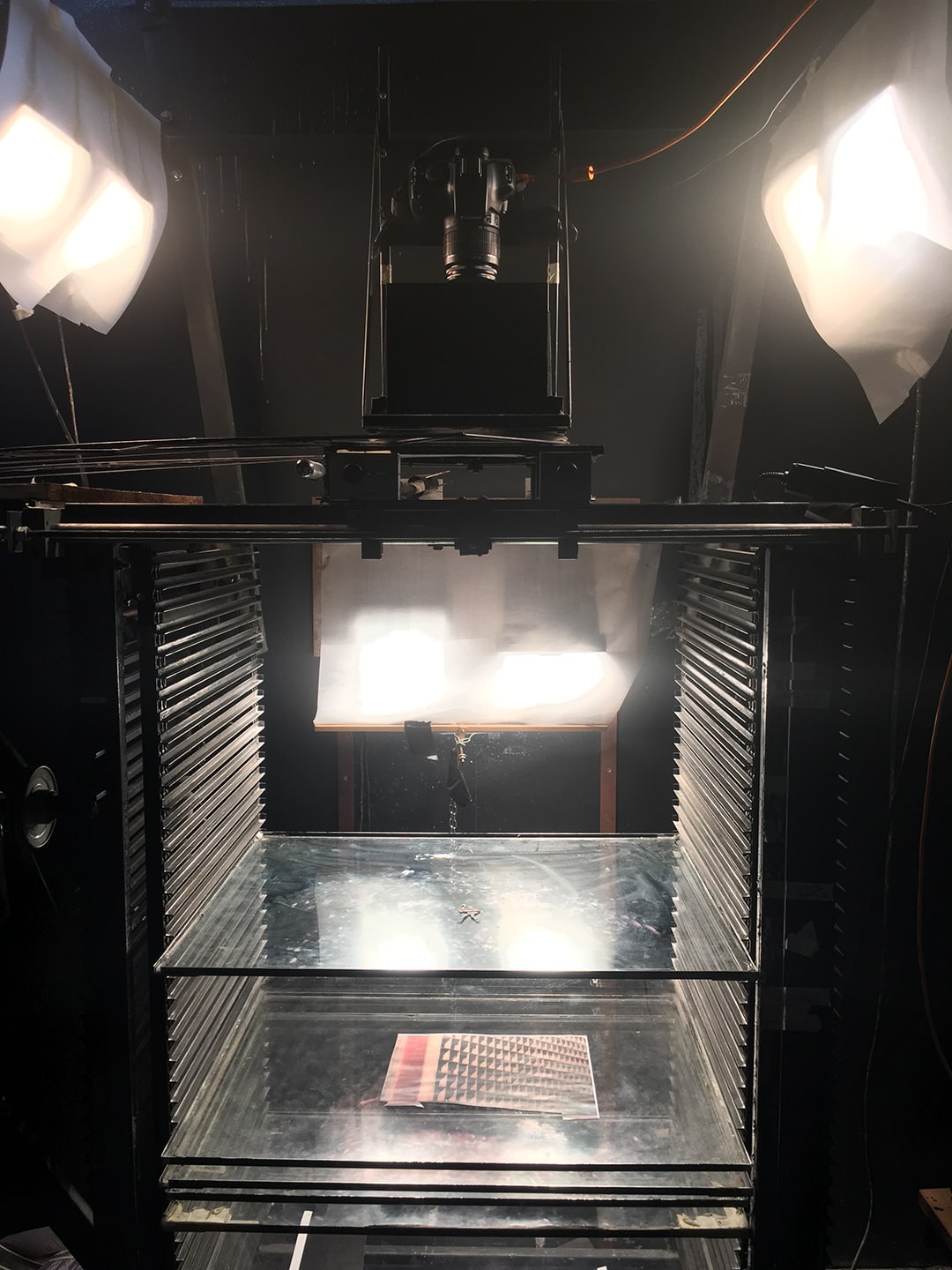 In the earliest stages, this was a relatively conventional narrative film. There was a horse character involved, but it was part of a wider story. The whole process was driving me crazy, though, trying to wrangle with a script, characters, and story. That’s something I’d never managed to achieve before, and I wanted to challenge myself. Eventually, there was this moment where I snapped and decided to take this horse and block the film with him. It was very liberating. Suddenly this film that I was so frustrated with became something absurd and fun. And it was something personal, working out my own feelings towards the film itself.

Like any major project, there were constant difficulties to overcome. There was a lot of debate about how the film should be obscured. I knew the horse should be in the way, but should it exist outside of the film screen, a shadow in front of the cinema projection, or a live-action puppet? I even toyed with the idea of it being more of a gallery installation, where a literal horse stood in front of a TV. There are infinite options for any creative decision, but for me, it’s about trying them out. I never know what will work until I can see it in front of me. In this case, having the horse in the film world was more unsettling and uncomfortable, which is what I wanted. 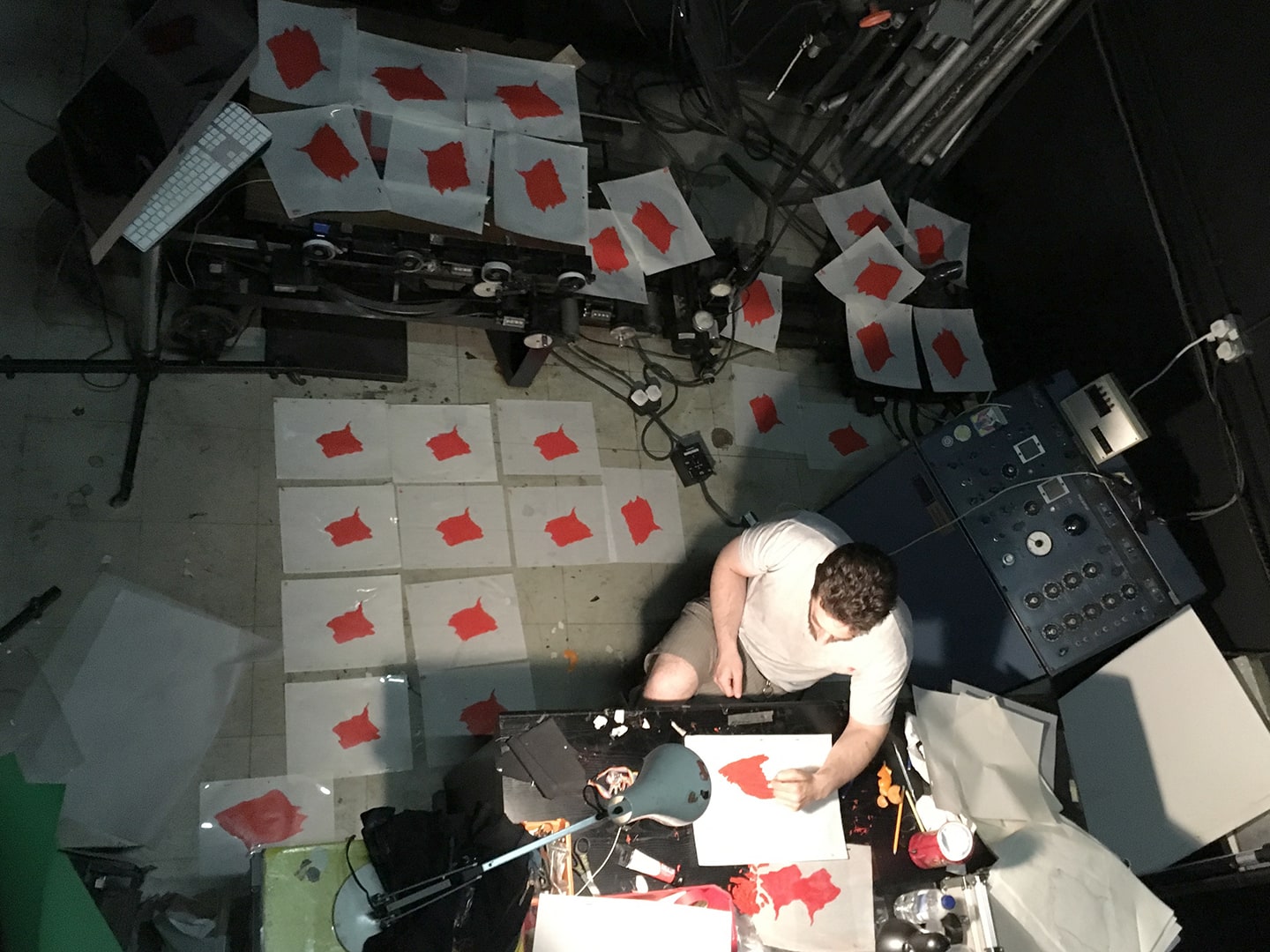 This project is all about dealing with creative doubt. For me, the best thing is to focus on those perceived negative emotions and let them influence the work. It was my frustration with filmmaking and creative doubt that led to obscuring the film. And it’s the personal aspect, capturing the moment, which makes any piece worth making. 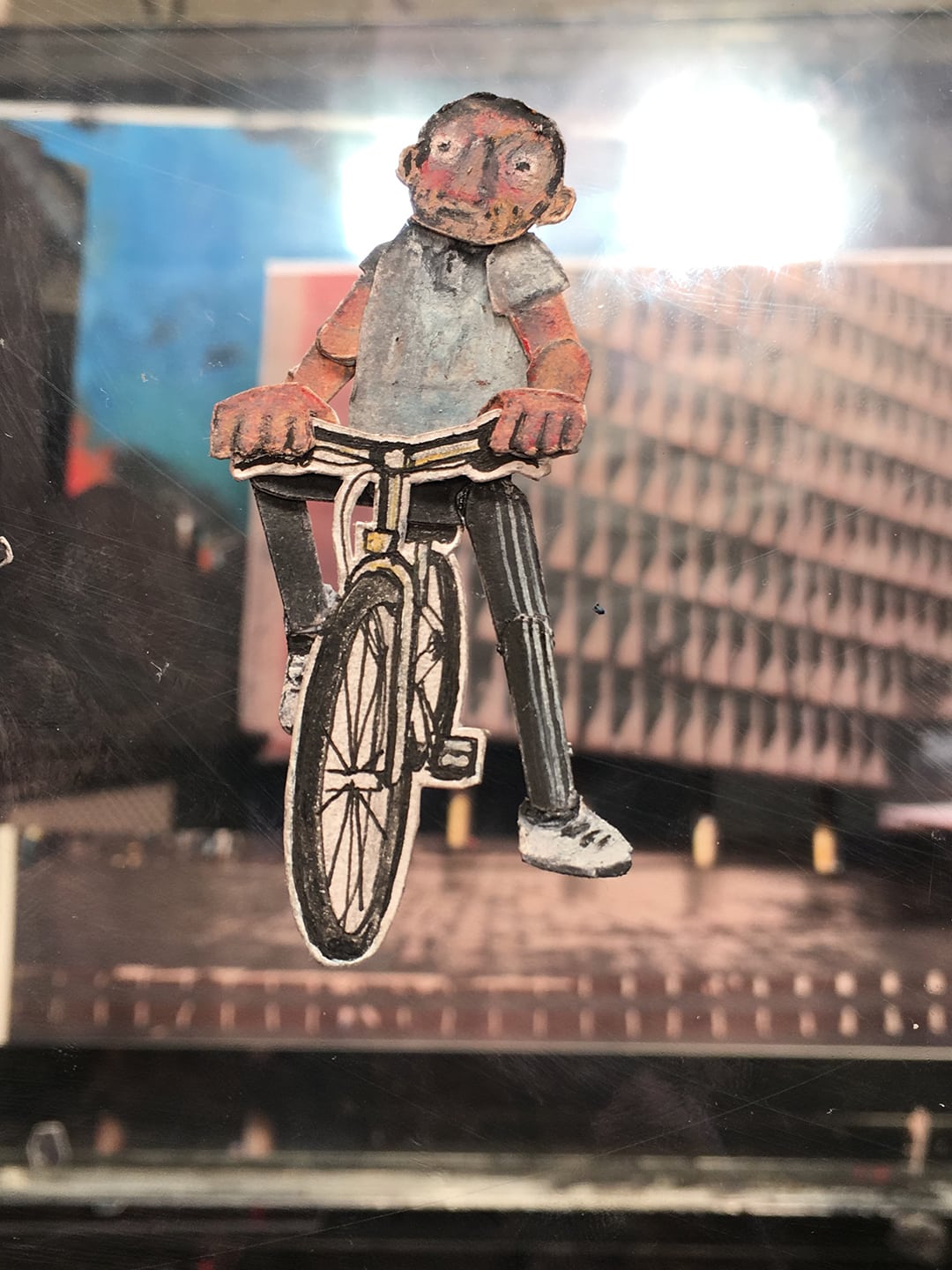 What were some ground-breaking moments in animation that have shaped the way you think?

The artists that shaped my work were more fine artists and painters. The most influential group was for sure CoBrA, with artists like Asger Jorn and Karel Appel. Their philosophy of breaking down traditions and “ruining” art changed my perspective; it felt very punk rock as a young art student. I love the story of Asger Jorn telling Guggenheim to “go to hell with your money” after being offered an award. And I think the naïve and child-like art they experimented with 70 years ago is still there in today’s indie animation. 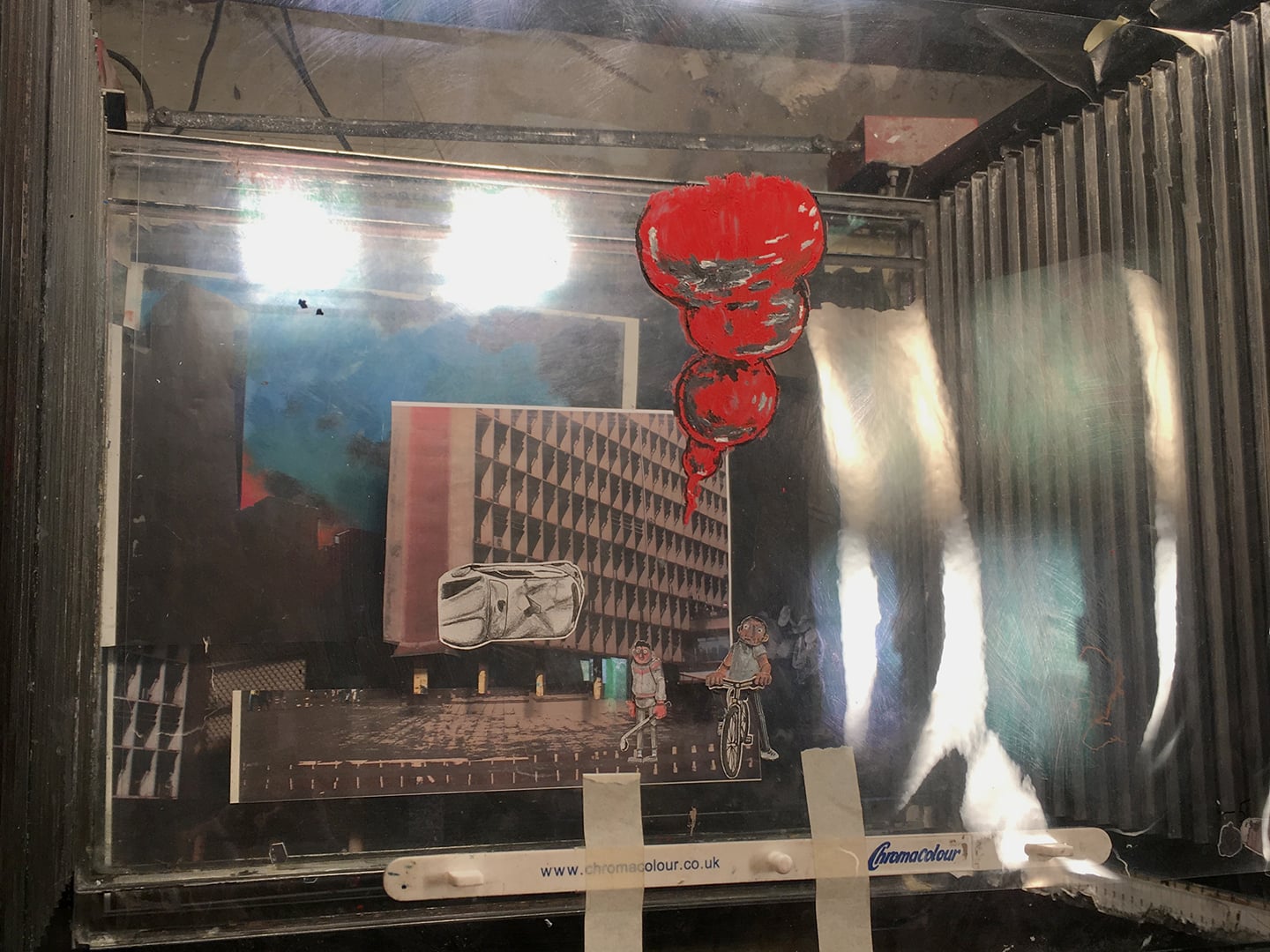 I feel like there is a strange divide between “animators” and “motion” people. I get that they can cater to very different types of work and audiences, but I don’t think there needs to be any exclusivity. Part of that is about curation, in festivals and online. I think it’s great that Motionographer, a site that was traditionally more focused on Motion Design, shares a film like mine that is a very experimental, hand-crafted animation. And likewise, I’ve seen more experimental motion graphics on more traditional animation sites. I think that’s great for exposing new, unfamiliar work to people who might be stuck in a bit of an echo chamber. 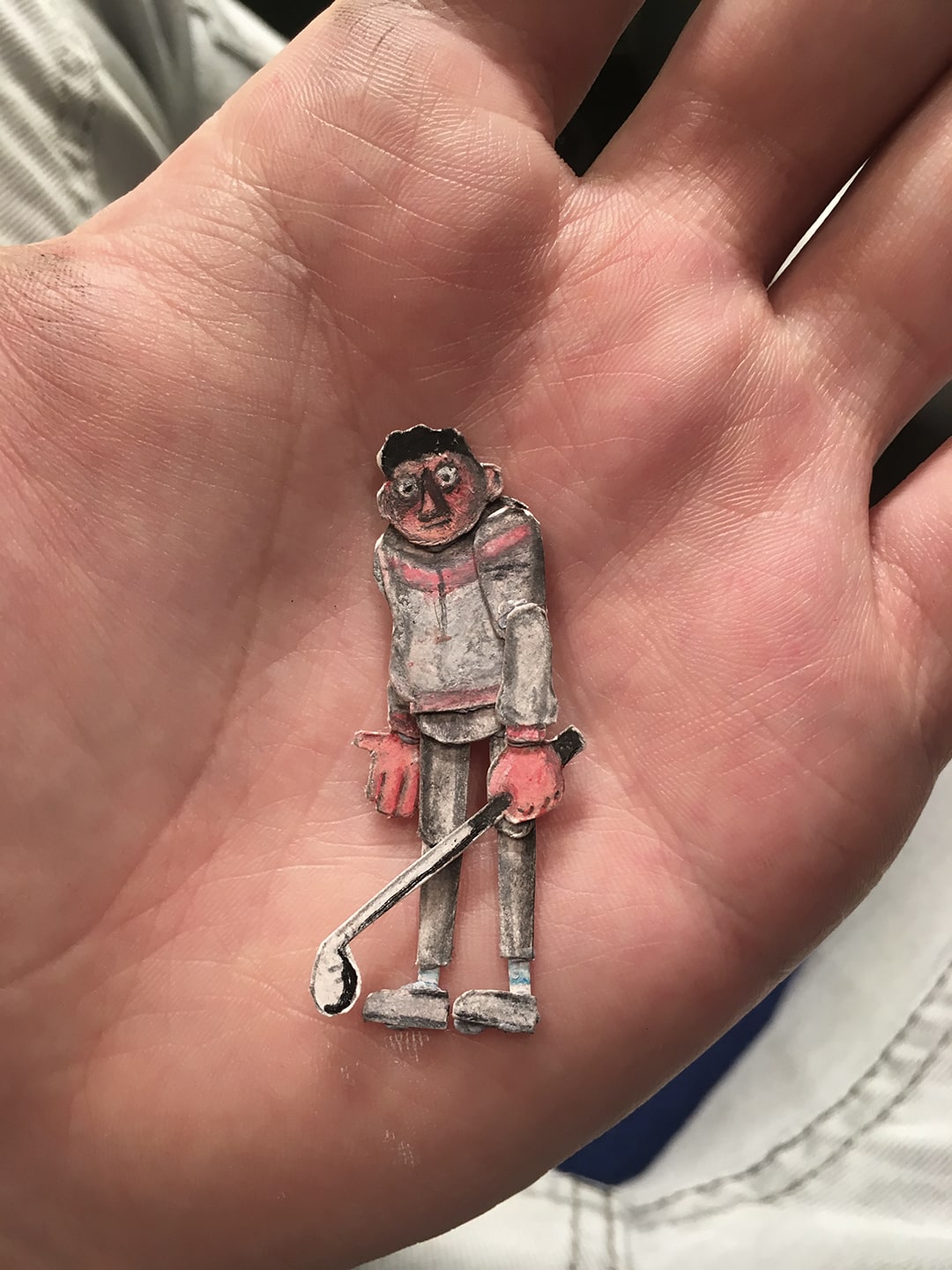 Thank you. I’d just say that this film doesn’t necessarily have to be enjoyed. It can be confusing, awkward, and uncomfortable. But I hope it’s at least interesting. And I hope it might inspire some conservations about narrative and the disconnect between the audience, the film, and the filmmaker.