Give us a brief introduction to yourself and the studio.

I’m a Ronnie Koff, Creative Director and Designer at Imaginary Forces. I tend to combine communication design with my own personal taste. Hopefully, I get to deliver something more than just a beautiful image—work that expresses both a meaningful idea as well as a compelling visual. 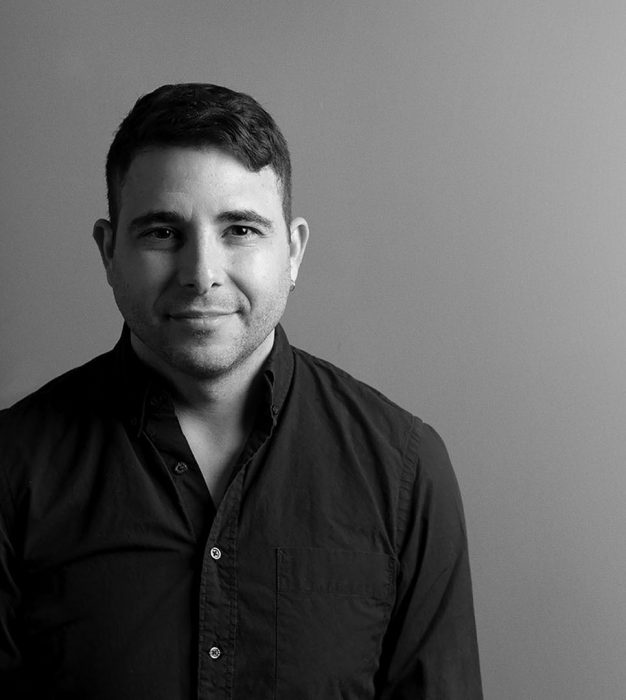 It’s a small team. Elizabeth Steinberg is a very talented designer, and we collaborated on coming up with the overall idea. Rob Slychuk and Nader Husseini brought the designs to life in beautiful animation—and developed the overall look. Lexi Gunvaldson developed the edit and pacing of the title. Ariel Marx composed the amazing score, which truly did 80% of the work in making this title great.

How would you introduce the show to someone watching for the first time?

It’s a true-crime story based on Candy Montgomery. An 80’s period drama with murder, suspense, humor—all the ingredients in a great series.

Why were you excited about making these titles?

I was really excited at the chance to create an idea-driven title sequence. Something that used metaphor, humor and symbolism. I also knew we could do something really innovative—animating the actual credits to tell the story of Candy’s collapsing world.

It took about six weeks. We used After Effects (with Newton), Photoshop, Illustrator: storyboarding, sketches and boardomatics.

Tell us about the creative freedom you had on the project. Can you tell us why you chose to go the route you did?

You never have full creative freedom; however, we were given an extremely wide field to play in, which was challenging for many reasons. Mostly for me, I felt the pressure to create something that felt of the era but also visually innovative at the same time. We’ve all seen graphic title sequences before, so how do we make it new? We realised that in the entire history of title sequences, very few have the credits actually playing a role in the storytelling. More often than not, title sequences consist of a series of beautiful backplates, with credits tacked on top. So we switched it up, allowed the credits to be a thematic storyteller and worked backwards from there.

What was the meaning of the falling text, for instance? How did you settle on the music?

They were really interested in the graphic approach and how we revealed the implied violence in the household within Candy’s routine. We referenced manuals of the time period, trying to convey the monotony and the social normative “rules” of her life. Essentially, this is an examination of the expectations of women during that time. The falling type represents the collapse of that structure and her world falling apart around her. 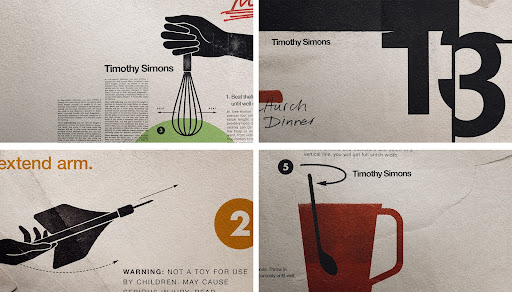 The music is a fantastic piece from the mind of Ariel Marx. In many ways, we were animating the musical story, which made our job incredibly easy.

Did you have any other ideas you liked that you didn’t go with? What were they, and why did you turn away from them?

We presented four overall options to showrunners Robin Veith and Michael Uppendahl— all of which I thought could be great as well. The first was more of a live-action approach based on the idea of a metronome. This played a large role in the series, as it was used by Candy’s psychiatrist during a hypnosis session. The doctor revealed an incident with her mother where she cut herself, and her mother shushed her, and that shush informed a triggered response as she wielded the ax. We intended to shoot various household routines and track the type to the rhythm of the actions. This could have been super cool, but we did have concerns about being able to shoot and direct live-action within budget—and the show was shot so incredibly nuanced and authentic that we weren’t sure if we could quite hit that mark.

We also pitched an idea that used archival footage from the time period. This examined gender roles during the time, with the added bonus of ‘80s consumerism—a deadly combination. We created really interesting visual parallels of the perfect life mixed with ‘80s pop culture.

The third idea used Ad language and a mixed media approach: Conveying ‘80s consumerism with a tinge of the “false promise.”

Is ‘creative freedom’ a blessing or a curse?

Both. Creative freedom gives you the ability to flex your creative muscles and marry a great concept with an arresting visual. However, failing to live up to that challenge falls solely on the director. As a matter of importance, I’m really conscious of people’s attention spans. And as a storyteller, I feel if you don’t have something valuable to say, then don’t waste people’s time. Which often doesn’t jive with shows that just ‘want’ a title, but I have deep respect for the viewer and don’t want to take advantage of that goodwill.

Probably having the client pick a concept that we were really excited about. In our first meeting, we presented two live-action approaches with really considered mood edits. We were concerned that because those edits were so realized, they might disregard the graphic approaches (which were solely presented as frames). It turns out they could see the magic of a graphic approach from those stills, and the rest is history.

The biggest difficulty was how we could uniquely animate each credit while adhering to the legal standards of timing and visibility. For people unfamiliar with this, each credit must be the same scale and only be visible for 1.5 seconds each. So if you want the credit to be up longer, you need to disrupt the word, so it’s illegible. Knowing this creates a lot of restrictions on what you can do creatively. In a way, it’s the reason why main titles look the way they do. The title card at the end has to be 50% larger than a single credit as well. So if you want to go big on the title, like Candy, you need a waiver. 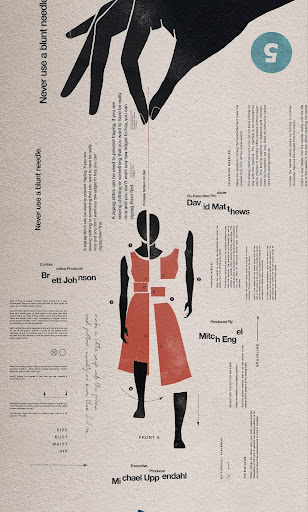 How did you cope with the subject matter? Did you feel under pressure to do it justice?

The subject matter almost felt so surreal to me, so it didn’t really affect my demeanor. However, I knew we didn’t want to make a ‘true crime’ title sequence. Meaning dark bruting images, photo edges, blood stains. In fact, the client said to us, “How can we make this funny?”

I would say that when you talk about a woman chopping someone with an ax 41 times, funny doesn’t necessarily come to mind, but I understood the nuance. They want to connect to the audience from a different angle. Explore the absurdity by being a little bit absurd. The score has that aspect to it as well. It begins invitingly and evolves into haunting apprehension.

In my opinion, creative doubt comes from a shaky idea. I felt really good about this one. However, design in my mind can often hurt. Meaning that sometimes, it’s a struggle to get to the solution. I know that I need to live in the struggle to force myself to come up with a solid answer.

What were some ground-breaking moments in Motion Design that have shaped how you think?

Many people have talked to me about the Saul Bass influence in this project. I’m sure it subconsciously worked into the design. However, I didn’t see his work as an influence. As a graphic designer, I learned the art of translating images into graphics, and here I did the same. I wanted to create a look that was, in a way, municipal looking and almost free of emotion. In fact, the more relevant reference for me was the title for ‘Dead Man on Campus’. It’s old, and maybe the edit is a bit clunky in places, but it’s a solid concept that’s sadistic, funny and a smart idea…

All the qualities I respect.

I think right now, we’re going through a period where great ideas often take a back seat to a beautifully rendered visual. I always feel that a visual style does not make a main title have a concept. When a beautiful scene is coupled with a clever premise, that’s like striking gold.

I was really excited about this title; it brought me back to my first love (hopefully, my wife won’t read this): graphic design.