Both technology and talent in VFX have evolved rapidly over the last decade. Studios now have entire artist teams dedicated to niche aspects of animation that only years ago were in their infancy. High-tech motion capture advancements coupled with HD Reprocessing of data enable real movements in the virtual world. Consumer tech itself has advanced to better display superior graphics; for example, the PS5 for Unreal Engine 5.

All of this has paved the way for the creation of incredibly detailed and realistic digital humans that no longer exist only as characters in games but in films and even avatars in the metaverse. 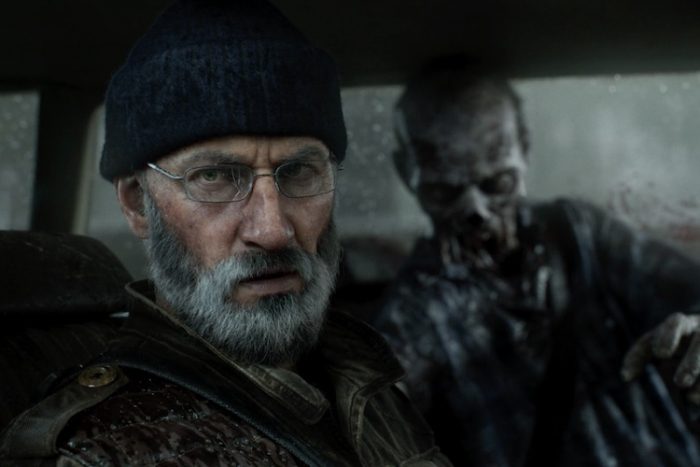 Throughout any piece of media, storytelling comes first. There is no use simply using technology to be in line with trends or stay ahead of a curve. With hyperrealism, you have quality and detail on your side, but these have to be purposefully used. This is why VFX is inspired by technology but driven by artists who understand the nuance in the craft.

Independent studios have taken advantage of more accessible tech to employ realism, such as in Ninja Studios’ Hellblade: Senua’s Sacrifice, whose dark fantasy narrative was brought to life with a hyperreal underworld and main character.

In-game trailers, too, hyperrealism can be used advantageously. At Goodbye Kansas Studios, our cinematic trailer for Assassin’s Creed: Valhalla shared an intimate, face-to-face look into a Viking raid, bringing viewers into a historical world that they would be a part of in the game. Here, the role of hyperrealism was to better engage the potential player and to draw them into the trailer. Human faces are known to capture attention; we’re programmed from birth to lock in on human eyes, so the more lifelike the eyes, the more we’re drawn to them.

If digital humans now uncannily resemble real-life actors, what then is the purpose of employing technology – and the hours of trained VFX specialists – to create a digital version of a character that can be filmed ‘in real life?’ What purpose does hyperrealism serve?

In Unreal Engine 5’s Resurrections, it’s the inability to differentiate between ‘real Neo’ and ‘digital Neo’ that captivates us; this artistic concept is not only inseparable from the plot, but it also forms part of the storytelling itself.

Conversely, in Steven Spielberg’s Ready Player One (2018), it is part of the narrative drive to have the characters in the virtual universe look stylized and distinguishable from their ‘real’ counterparts.

In this trailer for H&M, Goodbye Kansas Studios similarly differentiates a ‘cyber’ Maisie Williams from Maisie herself.

Stylization allows the artist to explore beyond the human form and experiment with the artistic style and conventions of the world they’re creating. And that in itself can drive the story.

A stylized digital human is a CG-animated human character that employs the same or similar techniques as a realistic digital character but is modified to fit an exaggerated, cartoon-like, or otherwise ‘otherworldly’ style, often in their silhouettes or facial features. The character is still detailed; for example, we might see freckles, life-like expressions and movement, and even facial lines, but it melds with the visual tonality of its world and brings its own emotive resonance.

Netflix’s Love Death + Robots is a great example of a series which often uses highly detailed, yet stylized, digital humans throughout the anthology. In certain episodes, the aim was to create CG characters that were both photorealistic but stylized – in a ‘distorted reality’ – using over-exaggerated facial features to achieve this. In particular, Alberto Mielgo’s short film The Witness uses keyframe animation to develop a “graphic realism” and “alien-looking [characters] with weird proportions”.

Gearbox Software’s Borderlands franchise is another example of stylization executed well. The game has a distinct visual style – almost like an interactive graphic novel. This style allows audiences to accept more ‘edgy’ graphics because they fit the narrative. The characters and their surroundings are implemented with a ‘comic book’ blocky style. 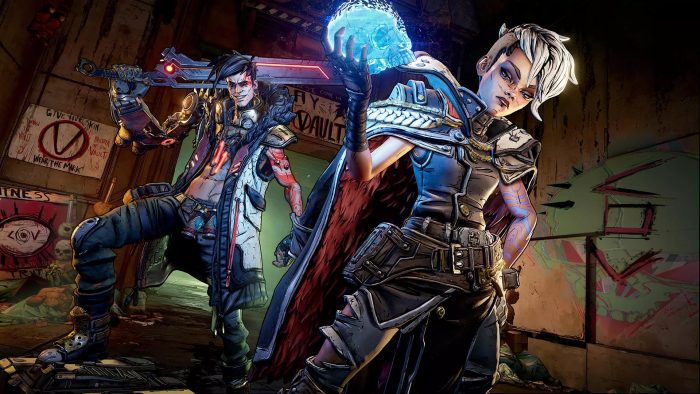 In Borderlands 3 (2019), this was achieved using mocap as a foundation for the hand key animation, allowing for “big dynamic poses” in character animation.

A character’s visual effect can range from a basic level, such as color choice, to more complex options such as deformation of the skin, overall complexion, skeleton and frame, texturing and shading through to color gradients and techniques. Overall body ratios are a common technique and synonymous, especially with the ‘Disney-fication’ of characters.

Substance as great as style: the core VFX for building a stylized character

These are just a few of the questions we consider when creating a digital human at Goodbye Kansas Studios. From the length of time spent on different parts of the VFX pipeline to working with the client to the detail of the character itself, there are different steps involved in the making of a stylized digital human, compared to one that is photorealistic.

Often, clients will provide a brief to stylize a character, whether to distinguish the character from any real-life counterpart they might resemble or to define the character’s concept and boundaries. For the latter, there can even be rigid guidelines for stylization, such as a cartoon-like character having eyes that are 10% wider than in real life.

The final look of a stylized character is usually a collaborative process between the VFX studio and the client. For example, if we are to create a character for a game trailer, the game itself may not have the final look prepared; instead, we would receive a concept for the character and build assets based on ground scan material, molding it to fit the concept art and vision. Setting ground rules for the style, like a VFX style lookbook,  is useful to maintain the creative vision for stylization.

At Goodbye Kansas, we always have a baseline of realism going into the animation style, as our library of work is mostly based on motion or performance capture. The same is true across characters and environments, whether the asset is developed from a scanned actor or reference images of a city. From this, proportions might be kept the same, but we can enhance the look in some way using a stylized lookdev and shaders.

All of these choices must be made early on in production, meaning that with stylized characters, you can often spend more time on the look-dev stages than you do on refining the details of the final character. Concept art is a strong tool for client buy-in, whether as a style frame or just to understand the mood or tone. It’s vital to get sign-off on those style frames in order to deliver on time and on budget.

However, that doesn’t mean that changes aren’t made throughout production. While we have a clear goal for a stylized character from the get-go, you also have to consider: “How does this look in motion?”. So sometimes, the goalposts shift slightly after we complete motion or performance capture. There has to be a creative discussion with stakeholders around that, with clear gates of communication and multiple steps between the approval stages to ensure there is alignment on how the character looks in motion.

With a photorealistic character, you have a “ground truth” for the animation, and a lot of time is spent on getting those finer details nailed. It adds extra complexity to production, especially in the later stages. In comparison, there may be less time spent on the final look for a stylized character, but the road to get to that point would take longer.

Stylized digital humans are meant to convey something different to photoreal digital humans – they’re a statement that says, “We are now taking you outside the realms of reality”. For that, the concept is the most important thing.

Stylization is an interesting and unique asset to develop a new layer of tonality in a piece of media. It gives your digital humans and the world they belong to an individual identity. It also allows your audience to have a closer, or more nuanced, emotional connection with the stories you tell. In essence: what is the spine of the story, and how will you present that visually? 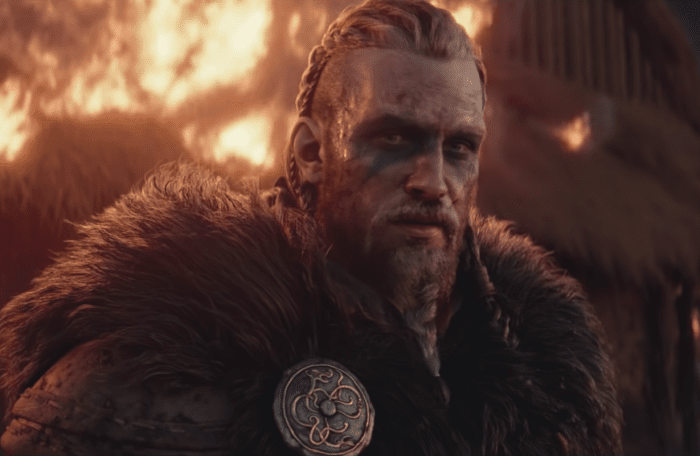 Emotional connection at the core of both stylization and hyperrealism

Remakes of classics that employ technology to create a hyper-realistic style that wasn’t available at the time of the first release are often met with mixed reviews. While the Marvel films are known for revisiting existing IP with new VFX tech, audiences often find their connection with a movie is bound not only in the plot but also in the style itself.

After a foray into hyperrealism, some franchises find they revert back to their classic stylized look. For example, after DOOM 2016’s more realistic style, DOOM: Eternal later changed back to its cartoon-like style.

Similarly, the previously-mentioned Borderlands 3 started out with a more realistic tone but changed to its emblematic ‘cel-shaded’ style upon final release.

Watch any YouTube comparison of the remastered Diablo II: Resurrected (Blizzard Entertainment) versus its original graphics, and you will find that fans are both excited by the quality of the VFX and also disappointed at the loss of unique character expressions and stylized cinematics from the earlier games.

Emotion in animation is often created by the exaggeration of features, and facial expressions often fill an entire frame. Disney’s ‘live-action’ remake of the Lion King in 2019 was met with poor reviews, largely criticized for the loss of this emotional connection. It’s clear that stylized digital humans can elicit strong emotional connections between character designs and audiences.

Expanding the realms of animation

The history of animation is driven not only by technological advancement but by authorial intent and visual choices that create an impact on viewers. In television, films, or games, your story must come first – and the choice of hyperrealism or stylization is inherently tied to this story and its tone.

Stylized digital humans offer a unique creative toolset with which to paint your world. This toolset can push the boundaries of your story while infusing characters with a unique emotional pull.

No matter the technology used, the main points to consider around your digital human – photoreal or stylized – center around the connection you want to create with the audience and how your digital human relates to the world in which it will live. The digital human will likely outlive its creator, so the role of the author and creator is in engendering emotional connection that will outlive the tools of the time.