Celebrating 10 years of animation with a bigger team and a new studio, identity, website, reel, plus so much more on its way in the coming year.

Rooted in a life-long friendship, the studio’s more than 10 years of work has constantly evolved to create the current concept that you see today.

Device was founded in 2011 by Eudald Salarich, Ibran Trassierra, Marcello Buselli, Pol Solà & Raül Peix. These best buds got together in 2008 to build a retail brand as a parallel initiative to their day jobs, aiming to establish their own creative space. But the brand didn’t go much further than some t-shirts plastered with their logo. Until, shortly after, they started to receive some commissioned audiovisual projects and art installations. 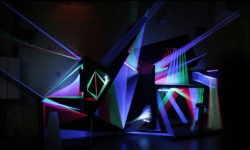 The studio is turning 10 with the incorporation of two sister companies, a gradual and organic evolution that very naturally divided up the brand’s portfolio.

But Device is the matrix where everything started. And at the beginning, the portfolio was composed of different projects from varied disciplines, moods, and styles. This was done to demonstrate the studio’s versatility – but in the eyes of the market it was a chaotic and confusing portfolio that didn’t instill trust in potential clients. And this created a perceptible clash in terms of specialization of the studio. 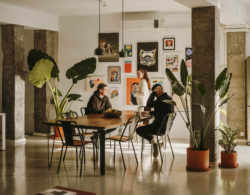 In 2018, Amigo Total was brought to the table. It represented a body of work that could focus on the digital narrative and aesthetic of the “internet language”.

During that process, a third studio was born: All In Pixel was established in 2019. The most specialized of the three sisters and without a doubt the easiest to define: an animation studio focused on the 8-bit culture and pixel art.

The three sides have always fed back into each other, creating the perfect balance for maintaining positive mental health within the world of advertising. Actually, the old Device logo even appropriated the yin yang sign to represent this equilibrium. And as the more experimental side of the studio has always helped to get it on certain radars, interesting project proposals are not hard to come by.

This year, Device is taking the opportunity to revisit the studio’s trajectory and celebrate with lots of great news. Updates and upgrades that came along the 10th anniversary: 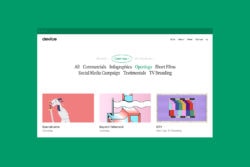 The best is yet to come!

Device is growing to ensure that every experience it shares is more beautiful, balanced, and sustainable than the last, always in favor of the studio’s best interests and dreams.

The aim is to continue expanding and propelling the three studios to become independent benchmarks in their areas – all without losing the essence of what they are and the work that has gone into creating them. Constantly collaborating with new and better talent and always seeking out the next most challenging project so as not to remain complacent but rather push to reach each studio’s next level of reinvention. 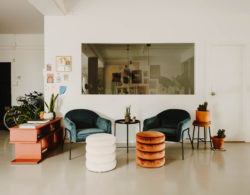