Signalling an exciting new period of growth, Nomad Editing Company is welcoming acclaimed LA-based editor Brandon Porter as its latest Partner. Formerly a ten-year veteran of Whitehouse Post, he will join fellow Nomad Partners Jennifer Lederman, Glenn Martin, Jai Shukla, Jim Ulbrich, Amanda Moreau, Jared Coller, and Adam Schwartz as they map out the future of the company and refine new creative approaches to serve the next era of storytelling. 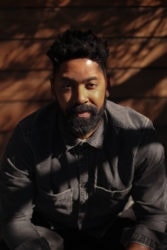 Nomad Partner, President and CEO Glenn Martin adds, “Brandon is an impressive artist. His editing has such a unique interplay between picture and sound – creating pace, anticipation and overall intrigue as to how the story will unfold. I’ve watched his spots over and over, and each viewing leaves me with something new to discover. All of us at Nomad are excited to have him as a Partner.”

As an Emmy-nominated editor, Porter remains one of the most talented in the industry, boasting a resume that includes projects across film and advertising. He has collaborated on projects for top-tier brands such as the Adidas World Cup spot “God Level”, directed by Fernando Meirelles and the 2021 EA Sports: Madden, directed by the legendary F. Gary Gray. Unsurprisingly, he describes his editing style as being geared towards action and sports, with epic moments featuring an emphasis on visual effects.

No stranger to film, Porter has also cut also many other notable projects outside of advertising, including “Wireless”, a series produced by Steven Soderbergh and starring Tye Sheridan, HBO short film “Black Boy Joy”, which follows three generations of black men struggling to juggle the demands of raising a young son with autism, “State of America”, a timely and affecting piece dedicated to the victims of police brutality and systemic racism, as well as the Tribeca X feature winning “U Shoot Videos?”, both done in collaboration with director Morgan Cooper, who’s helming the upcoming reboot of The Fresh Prince of Bel-Air.

With Nomad, Porter joins a leadership team that matches his considerable skills and ambitions. “I first started chatting with the Nomad team a little over a year ago,” he explains, “and as our conversations progressed, it became abundantly clear that I couldn’t pass up an opportunity to join this amazing group of people. As Partner, my goal is to support and elevate our incredibly talented roster of editors so that we can push the limits of creativity in this industry. We’ve also got some really exciting things coming down the pike this year that I can’t wait to talk about.”

Porter considers his addition a hopeful step in the right direction towards creating opportunities in the industry for more diverse groups. “For me, it means a lot to have someone from such an underrepresented community be in an ownership position,” he says. “I’ve barely met any black editors, let alone any post houses with black ownership. That doesn’t mean they don’t exist, but it’s something that’s not very known. And to me, all of it comes down to exposure for young black and brown talent to know this is definitely something they can strive for as a career. Not everyone is lucky enough to have the support of family to push them into what they may think is an unorthodox job, so hopefully, by being in this position, I can be a bit of a shining light that inspires them to go after their dreams.”

Martin agrees, furthering, “Nomad has always been about our people. We share, and are inspired by Brandon’s commitment to building a more inclusive path to success in our industry. Over the past year we got to know him and often discussed what working together might look like, and as we got to know each other better, a future partnership felt inevitable. Brandon also shares our belief in nurturing and mentoring young talent. It’s been a huge part of Nomad’s ethos over the past twenty-five years, and we’re excited to find like-minded partners who will catapult this effort forward in a direction we’re thrilled to be led. We cannot wait to see how we can all benefit from his vision.”