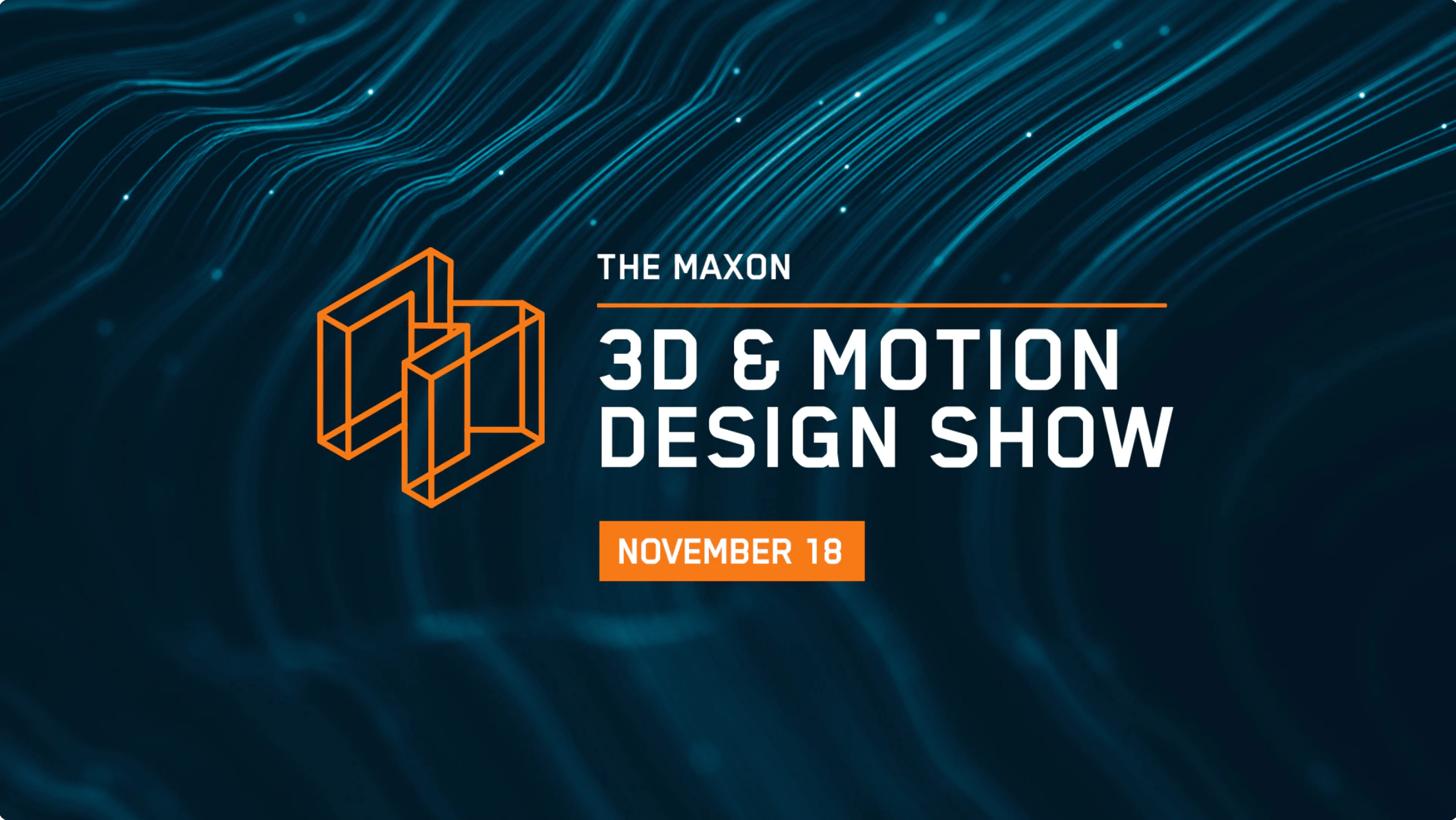 Maxon announced the lineup for the November 3D & Motion Design show, a free series of artist-focused streaming shows for 3D and motion graphics artists. Taking place online on November 18, 2020, on The 3D and Motion Design Show, renowned creative directors, motion graphics artists, and even one of the few Cinema 4D Master Trainers in the world will showcase their personal projects and demonstrate techniques for managing workflows using Cinema 4D, Redshift and Red Giant products.

Presentations for each free event will be streamed live and will be available on-demand shortly after on 3DMotionShow.com, as well as the Maxon YouTube channel. Viewers will be able to interact and send in questions via chat for the live Q&A sessions with artists.

Sign Up for the 3D & Motion Design Show Reminders Here!

Adding Character to Your Animations with Mixamo and C4D

A multi-Emmy winning motion design artist, Hassenfratz has over 12 years of experience using Cinema 4D and has been teaching people how to use this software for over 7 years through his popular website Eyedesyn. In this session, he will demonstrate how to use Maximo with Cinema 4D to add characters to workflows, prepare models for rigging, create engaging character movement, and more. Hassenfratz will also show a sneak peek of his updated character rig, Bendy Limbs 2.

Gibson graduated with a BFA in graphic design with a minor in creative writing, and after years working in print, she landed a position at Vidzu Media and is now a thriving freelancer. In this session, she will dive deep into some of her personal projects. Learn how she applies a creative writing exercise to her process, rigged a sea serpent, made fluffy feathers, giant kelp and more.

Based in Brooklyn, Krivoruchko specializes in direction and procedural design using Houdini, and has collaborated with multiple clients such as Apple, Nike, Boeing, Verizon, and Intel. In this session, Krivoruchko will show how he and his collaborator, Dmitry Kulikov, approached complex shots in the recently released sci-fi short film Blindsight. They will give tips on managing extremely heavy scenes, mixed Cinema 4D+Houdini workflows, and Redshift shading and rendering.

Toronto-based Athanasios Pozantzis a.k.a. “Noseman” has been making visuals for the advertising industry since 1989. He has tutored countless artists and created educational content on Adobe software, particularly Cinema 4D. His main focus is still on converting briefs into images and animation.

Maxon is a developer of professional 2D/3D digital content creation solutions. In January, Maxon and Red Giant closed a merger of the two companies. The combined company’s award-winning Cinema 4D, Redshift 3D and Red Giant products have been used extensively to help create and render everything from stunning visual effects in top feature films, TV shows and commercials, cutting-edge game cinematics for AAA games, as well as for medical illustration, architectural and industrial design applications. Maxon products are available directly from the website and its worldwide distribution network. Maxon is part of the Nemetschek Group.