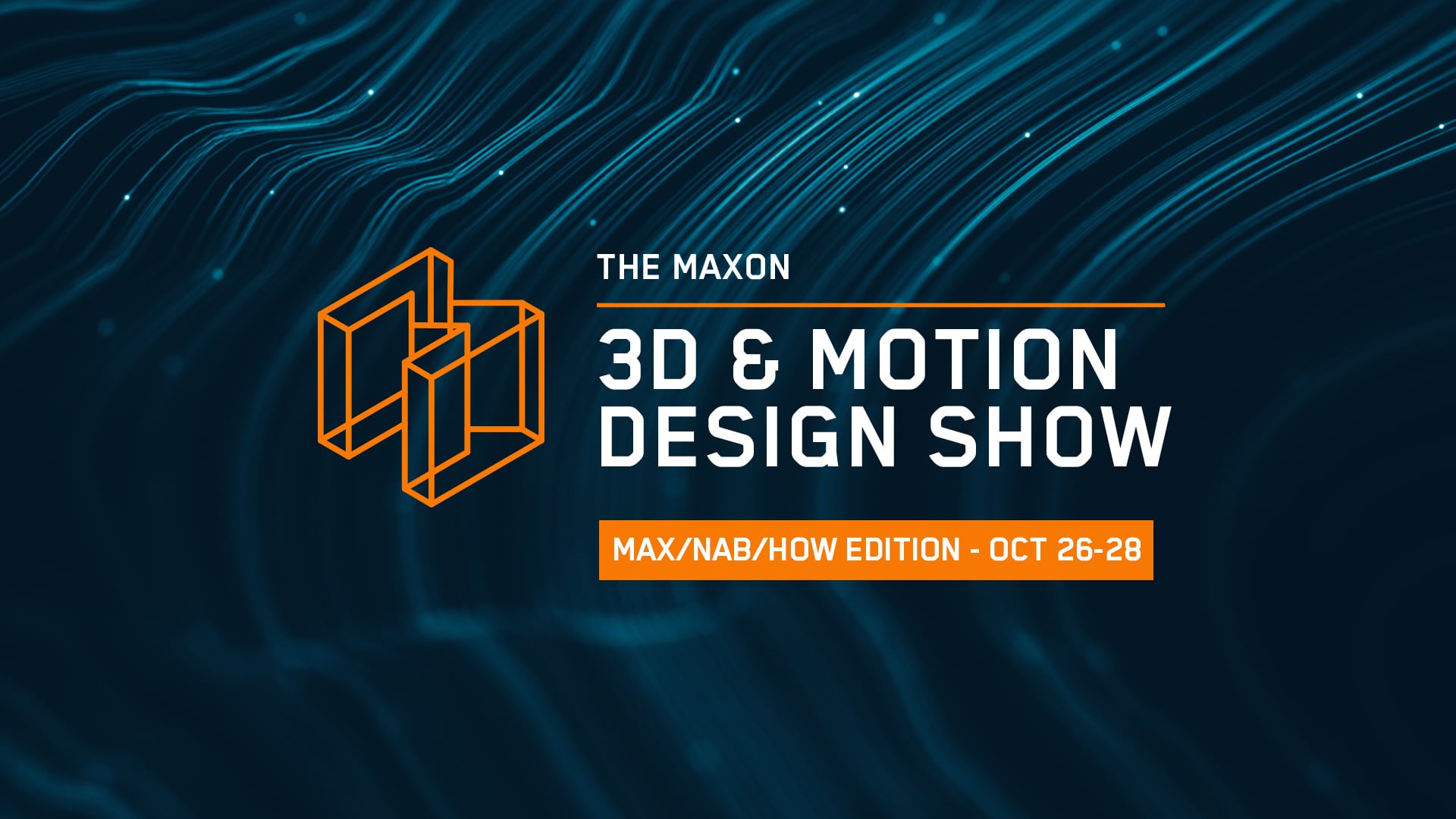 Maxon’s Popular Online Event is Back From October 27-29 with Presentations Character Animation, Creating in Unreal Rendering Techniques, VR and More!

Presentations for each free event will be streamed live and are available on demand shortly after airing on 3DMotionShow.com as well as the Maxon YouTube channel. Viewers will be able to interact and send in questions via chat for the live Q&A sessions with artists.

Sign Up for the 3D Motion & Design Show Reminders Now

Winbush has been working in Hollywood doing motion graphics for movies and television shows since 2006 having worked on properties for Marvel, Warner Bros, Hasbro, Discovery Channel and others. In this session, he will take viewers through his latest Epic Games project where he combines the use of Cinema 4D with Unreal Engine to create the UE logo animation, which he will debut at this talk.

After spending two years as a designer/animator at Buck LA, Marie works as a 3D artist at Facebook Reality Labs in Seattle doing product visualization. In this session, she will walk you through the process of creating an original character based on an imaginative description provided by her young family members.

Shaftel directs film, immersive, and interactive projects. His VR films have screened at Sundance, Tribeca, and the Venice Film Festival. In this session, he will demonstrate how C4D can play a central role in all stages of virtual reality production.

Ramirez is a director and motion designer based in Los Angeles. His film credits include Stranger Than Fiction, Quantum of Solace, and Spider-Man: Into the Spider-verse. From highly stylized NPR renders to photorealistic dystopian popcorn machines, this session will explore how to use different features creatively.

Fisher is a Los Angeles based designer, animator and director with over 14 years of experience in the entertainment and sports industry. In this session, she will discuss how she uses Cinema 4D in her workflow for a myriad of different projects from an animated docuseries, projection mapping to instagram experiments.