Joey Korenman is a man on fire.

Recently, the School of Motion, which Korenman founded in 2013, partnered with Ringing College of Art and Design to release one After Effects tutorial a day for 30 days. That’s great, but that’s not really what makes him interesting.

Like a lot of people in motion design, Joey carved his own path, learning lessons the hard way. As a natural teacher, he’s got a knack for passing on the wisdom he’s earned.

Our conversation touches on design education, work/life balance and staying inspired. There’s something for everyone here. 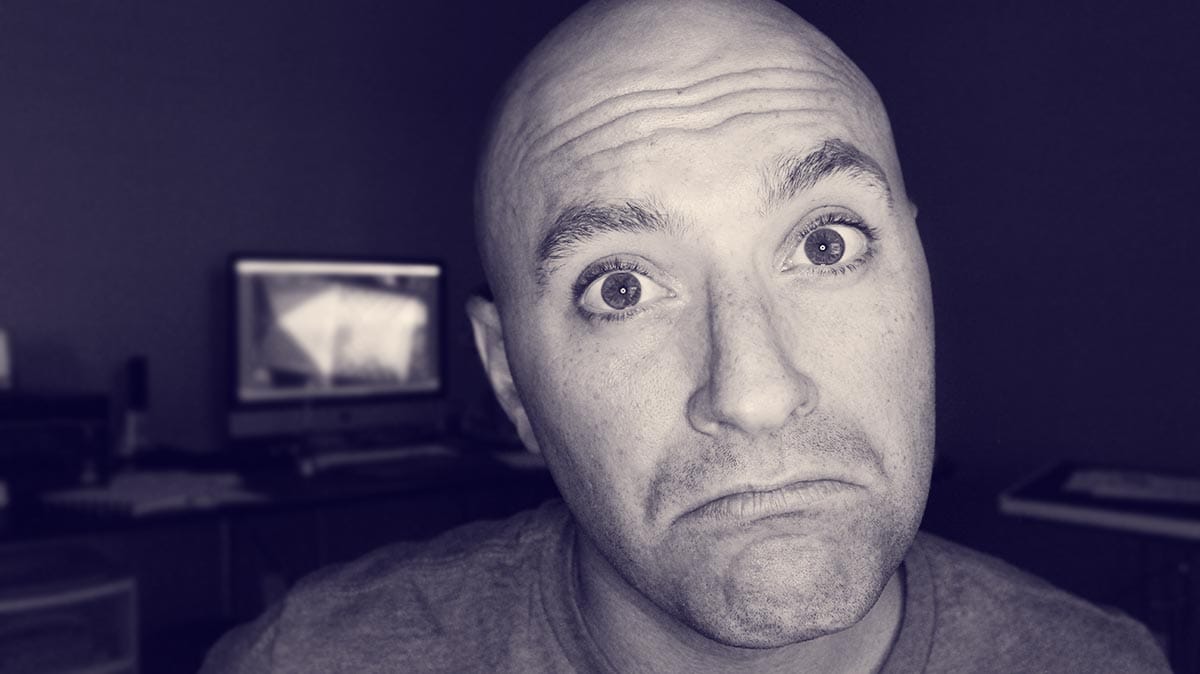 As I write this, you just wrapped week 2 of your 30 Days of After Effects project, which promises an AE tutorial each weekday for 30 days. This sounds like an insanely demanding project. Where did the idea come from?

Well, you are spot-on calling it “insanely demanding.” The time commitment is one thing, but then there’s also the mental fatigue of being “on” when I’m recording and constantly trying to come up with cool topics, figuring out how to break things down, making spec “projects” to use as demo material, etc.

The idea for this came after months of doing absolutely nothing to advance School of Motion. My teaching schedule and freelance work took up so much time / energy that I just kind of let the site stagnate. I left projects unfinished, and hadn’t done the things I’d said I would do.

I decided the best motivator would be to stick out my neck by saying in a very public fashion (and with a sponsor now expecting results) and say, “Hey everybody! I’m gonna make 30 videos!” I knew it would get people’s attention.

Now that it’s underway, I have a lot of pressure on me to deliver, which has kept me on task. I find pressure, even self-induced, to be a great motivator. I’m also in a good groove now, and the videos have gotten easier to make as I get more comfortable doing them.

You say at the beginning of the first tutorial that learning AE is not enough. You need to understand design in order to really launch a career. Can you talk a little more about that?

See, I had absolutely no background in design when I started. I’m sure a lot of your audience have a similar story. I was an editor, and I jumped into Motion Design from Editorial because it was so much more fun and liberating.

Then I saw MK12’s stuff and thought, “Oh my gawwwd, what plugin are they using!?”

It didn’t even occur to me back then that all the technical know-how in the world means nothing if your designs stink (mine did) and your animation is lifeless (mine was.)

It wasn’t until I started freelancing with this amazing design shop in Boston that I was exposed to true designers and animators. A year after hanging out there, I finally “got” it. My work began to improve a ton, and I started getting booked constantly.

This is why I harp so much on animation principles and composition in my videos. Good technical skills get you in the game, but good design is what separates you.

How fast did you produce these tutorials? It seems like it must have been… brutal.

I’ve gotten more efficient at it, but I can still only get through two a day at most if I’m cruising. Luckily, I got a good head start on it, otherwise I’d be in trouble. Easier topics (like Turn a Photograph into a 3D scene) might take 3-4 hours from blank screen to hitting “Export.” More advanced ones (like MIDI Controlled Animation) have taken a couple of days, sometimes because I have to do R&D before I can even get started.

When I first started making videos last February or it easily took twice that long. Luckily, I love doing tutorials, so it’s not a terrible problem to have!

The 30 Days project is sponsored by Ringling, who most people regard as a brick-and-mortar, traditional design school. But your personal approach is very much a “learn anywhere” model, right? Ringling doesn’t see you as competition?

My model is definitely “learn-anywhere-anytime.” But there are many different types of learners, and everybody is in a different situation as far as what they can afford in terms of time / money.

I have, for example, taken many FXPHD courses as well as a couple of Tim Clapham’s courses (all were excellent, by the way). But I took those classes with a specific goal in mind. I already had some experience in the field, I’m extremely motivated and a fast-learner.

If you gave me someone like that, I really believe that they could (in a few years) learn to be a great Motion Designer using online resources, an entrepreneurial mindset and decent people skills.

Now take a shy, extraordinarily artistic 18-year old who doesn’t really have “business” sense and just loves making art. That person may not do very well with self-guided learning.

But if someone like that can get plugged into a place like Ringling, it’s amazing what comes out the other end. I am not exaggerating when I say that many of the Seniors who graduated last year have better reels than a lot of working Motion Designers. Motionographer and Stash both featured Ringling grad James Heredia’s brilliant thesis project.

That sort of stuff doesn’t happen in a vacuum.

I don’t think any online program can accelerate the development of a well-rounded Motion Designer the way a 4-year program does. It’s just not possible yet. But, of course, it also costs a lot of money. So there is a an enormous demand for less expensive, but still high-quality training.

Ringling is extremely savvy, and they understand that there is room for both models. I think that’s why they’re not worried about me competing with them. My audience certainly overlaps with theirs, but someone who has the means and desire for a 4-year Motion Design program isn’t going to be satisfied with a 6-week online course no matter how great it is. But that’s ok! Plenty of other people will be.

I also, thankfully, have an amazing relationship with the school and we want each other to succeed.

It seems that many people are exploring new approaches to design education. Mograph Mentor, for example, has created an interesting approach that blends online learning with synchronized classes. What do you think about the state of design education in general? What’s going well and what needs rethinking?

I’m a big fan of Mograph Mentor! I actually had a chance to talk with their founder Michael recently, and we talked about this exact thing.

It’s not just design education where you’re seeing online alternatives pop up. Sites like Treehouse, Digital Tutors, Lynda and the like are killing it right now.

But, the trouble with teaching something that’s more esoteric, like design, is that it’s much easier to teach it to someone in an interactive environment where you can let them go off the tracks a little bit, nudge them back on course, stop them for a minute and show them something, etc.

So on one end of the spectrum you have Ringling, a fully interactive real-world program. On the other end is a one-hour course you can buy on Udemy for $15. Both are valid and both can be very valuable to the right learner. Mograph Mentor has smartly tapped the under-served middle ground, which has definitely gotten me thinking about the direction I would like School of Motion to head in.

Formal “Motion Design Education” is still pretty new, and the tools change so fast that it’s tough to keep up as an educator. An illustration teacher has an easier time staying current than someone that teaches experimental motion design, for example. That’s a huge challenge.

There’s also the problem that everyone student has different strengths. Some are brilliant technicians but have an underdeveloped design sense. Some can draw photo-real pictures but have a hard time with Cinema 4D. If those two are in the same animation class, it’s a juggling act to make sure everyone gets the best result.

That’s one big reason I think online-learning, especially video-learning, is such a great option. Not just for sites like mine and Mograph Mentor, but even for schools like Ringling who want to even the playing field for their students. Maybe a combination of learn-at-your-own-pace videos and interactive sessions is the best of both worlds!

I noticed you have a family. (Me, too!) How do you balance work and life? Any tips for our readers?

Yessir! I am the luckiest man in the world. I have an amazing wife, two beautiful daughters, and another little one is rendering as we speak.

Balancing work/life is honestly the hardest thing for me. When my brain is engaged on a project I have so much trouble turning it off. I’ve gone through busy periods where I know I’ve been pretty distant and disconnected from my family, and it makes me feel awful. I’m not proud of my “great work-ethic,” even though our culture tends to glorify people who work long hours. I think it’s something a lot of people have to tame.

I don’t mean to be a bummer! I’m trying to be really honest because I know it’s not something that gets talked about a lot. Working in any creative field where you get a feel-good “high” from making your work can be seriously addicting.

I’ve been working on getting better at this, and some days I win, some days I don’t. I’ll let you know when I find “the answer, but these things have made a gigantic improvement. Let’s see… first we need a click-bait title:

3 Tips to Supercharge your Work-Life Balance!

If you had all the money and time to work on whatever project you chose, what would that be?