After 4 years at Buck’s LA office, creative director Joshua Harvey has struck out on his own, signing with Passion Pictures for representation. The body of work he’s developed over the last 10 years is diverse and rich, ranging across styles and narrative structures.

Through the following interview, we trace Joshua’s development from childhood to his current role. 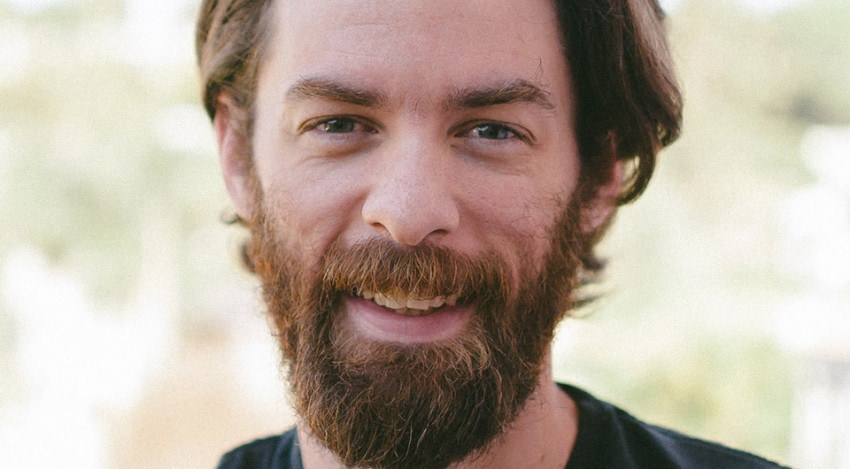 Congratulations on striking out on your own.

Thanks! It’s going to be interesting for sure. It was definitely a tough decision, but I think its the right thing for myself at this point.

Let’s rewind quite a ways — back your childhood. What kind of kid were you? Were you traditionally “artsy”?

Well… I didn’t consider myself to be artsy, in a fashionable sense. I did like to draw and create stuff. I was always making things and tearing other things apart to see how they worked.

My father would work on the cars or build stuff. He was in construction and from a time and place where it was normal to do most things yourself. So I think the DIY mentality rubbed off on me very early.

Otherwise, I think I was fairly normal, though I could be pretty introverted at times. I used to growl at people when I was really young. 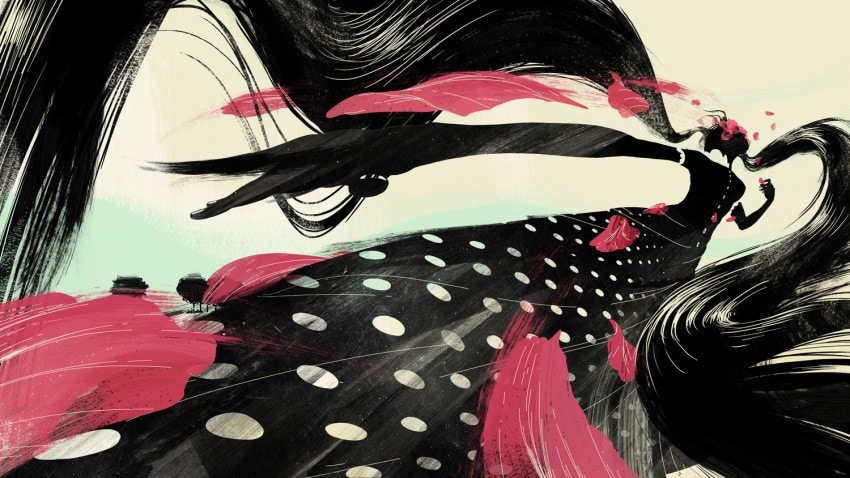 When did you start getting into art/design/image-making?

Honestly, I can’t remember a time when I wasn’t into image-making. I knew what I wanted to be when I grew up: it was an artist.

My dad had supported that interest from a young age, like five or six probably, and it just developed. He got me into private lessons with a guy named Bill Rutherford when I was about eight. Bill had been an illustrator for NASA and the National Wildlife Foundation. He was an incredibly gifted painter and just happened to live in my town in Indiana.

I think that was when I realized, “Oh wait, I can really do something with art.”

I’d also like to give a shout out to my high school art teacher, Mr. Harrison — Barry Harrison. If it weren’t for him I might not have headed down this path. He was subbing my study period one day my freshman year. I was in the front row drawing something, not sure what it was.

He asked me if I could draw it from another angle, I thought “Why would I do that…this is the angle I want to see it from. That’s a weird question”. Then it dawned on me what he was saying, and he introduced himself and immediately asked why I wasn’t in his class.

He was such a great influence on me, gave me great advice and pushed me in really great directions. He actually forced me to submit a design for the Indiana state quarter, which eventually won out in a statewide vote. Had the engraver not modified my design and taken credit, I may have had a deal that paid for my college and then some.

Anyhow, back to Barry. Beyond being a great art teacher, he was an actual artist whom I saw as a role model in some ways. He championed concept above all else and while technique mattered, it had very little to do with the validity of the artwork. I think back to that almost every time I put stylus to screen.

My mother was also very crafty and has a penchant for computers. She got a PC when I was about 11 or 12, a Hewlett Packard — remember those?! That was back when the internet was just a bunch of pages and you listened to your computer actually dial up.

Anyhow, I used to try and program things in BASIC and do funny Photoshop stuff in the bitmap editor before I knew what “photoshopping” was. 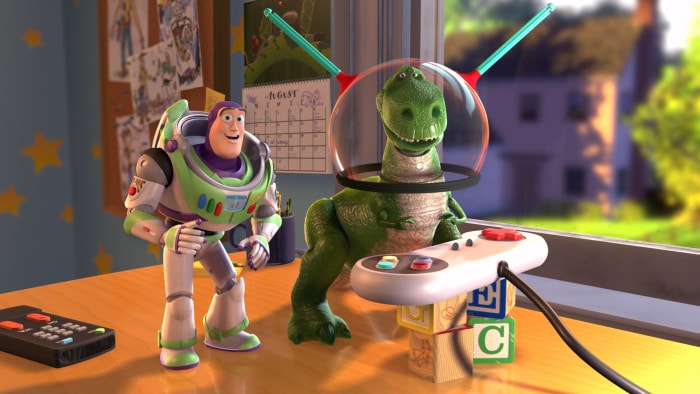 “Then Toy Story dropped, and I think my head exploded.”

Then Toy Story dropped, and I think my head exploded. Seems cliche’ but that film inspired so many people. Everything crystallized for me at that moment — it was both the technical and art worlds in harmony.

After seeing a trailer for it, I told my Dad that’s what I wanted to do. So he got me a copy of Ray Dream Designer, and I started playing with 3D during high school. That led to a lot of interesting things and opportunities that were integral to my path.

How did you decide on SVA, and what did you study while you were there?

This is an interesting question, because I had a difficult time finding schools. I was in a small town in Indiana, not very well connected to culture, schools, etc. I had tried looking online and found a few but wasn’t super happy with the options I had. I couldn’t find many 3D programs.

My brother, Jordan (who recently left Psyop), was actually the one who found SVA. I also applied to Art Center, but New York won me over. I moved there having never visited, which was a pretty insane thing to do. 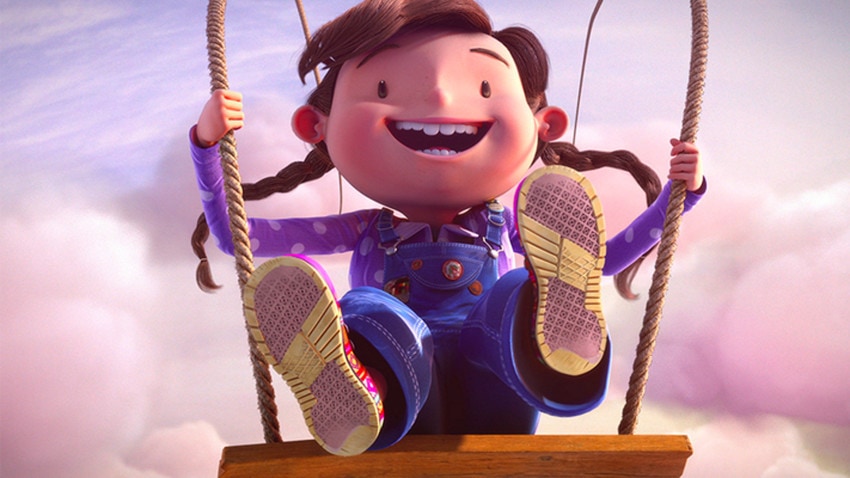 I studied Computer Animation. It was a very technical education, and I don’t really know what the curriculum is today, but considering it was “art school,” I wish it had focused more on the design side of what we do. Most of that was up to you to find out about for yourself.

This isn’t to say that the faculty and staff were not fully supportive and that my time there wasn’t instrumental to my successes. Quite the opposite, actually. Though the process of shifting to the creative side has been tough, and I have a lot of catching up to do, one of my biggest strengths as a director has been a deep understanding of the production process, which stems from the computer art program at SVA.

How important was your thesis project, “Abridged,” to you? Did it set you down your career path?

My thesis was very important to me. I was already doing some work at Psyop, thanks to Mats Andersson, my thesis partner, and I knew it was going to be the last time I would get to do something for myself.

I don’t know if it sent me down my path. I think my path diverged for a few years after I left for college. I wanted my thesis to matter more than it did, but I was already working at Psyop in production before I finished it. That was amazing. I was doing a lot of cool stuff, but also generally as a TD making other people’s images move.

So I don’t really think that it had much to do with where I went at that point. I don’t think it was good enough to leverage a more creative role.

Did you start working at Psyop right out of school? What was that like?

I did. It was huge. Psyop is where I really cut my teeth and where I established a lot of expectations of how things are supposed to work.

It’s hard to cover everything that happened there. The people there — Marie, Marco, Eben, Todd and Kylie and many more — were super passionate and inspiring. I had a personal relationship with them; it was a cultivating place for me. There was a culture there that was amazing. All about doing the best shit and coming up with new ways to accomplish stuff. Act first, think really hard later. 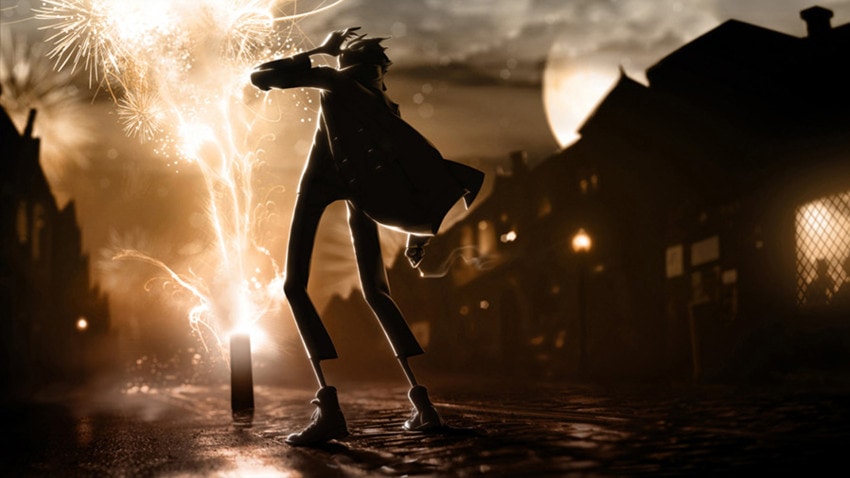 A Guinness style frame produced while at Psyop

I got a taste of almost every role in the pipeline during my 2-3 years there. Everything from rotoscoping to technical direction on Happiness Factory. I also found my niche in 3D there, which was coming up with creative solutions in Maya.

However, towards the end of my stay, it was really weighing on me that I wasn’t in a more creative role. Some would say that I was creative in finding solutions technically but ultimately I wanted to design and direct. I knew from being around the designers at Psyop that I had a lot of work to do to catch up to their talent.

So I started drawing everyday again. Eventually, I was given an opportunity to start working directly with Eben. I did a handful of frames for a Guinness job that proved to myself that I might be able to do this.

After Psyop, you freelanced for about 3 years, right? How formative was that experience?

Yes, 3 years roughly. Freelancing was really great. I had a very technical grounding that supported me, and it gave me the freedom to explore and grow in more creative directions. I also learned a lot about balancing life and work through freelancing.

What made you decide to go staff at Buck?

I loved Buck’s work. They were producing work that was in line with what I was wanting to do. It was design/graphic narrative, and I didn’t see anyone else doing that stuff.

At the time, I had been working with them freelance here and there for a year or so. They had made offers for me to come on board as a technical director for the NY studio, and I told them that I was looking for a creative role. I was helping out with the first few Sherwin jobs when I got another offer, this time for the Creative Director position at the LA office. I thought that role was way over my head, but it was an opportunity to grow creatively and there was no way I was going to turn it down.

You helped create a lot of amazing work at Buck. What are one or two projects that stand out to you? Why?

Thanks, there was so much amazing work being done at Buck by everyone. I think the two that were most important to me were Goodbooks and Childline.

Goodbooks had such a great energy. Hunter S Thompson, the subject of the short, is so badass, and it was for a non-profit, which really makes your soul feel good.

Childline was another great cause which was super rewarding to work on. It has some heavy content, and it was really enjoyable to get the tone right on that one.

Both projects seemed to matter. We did a lot of other stuff where I think that we did an excellent job, but none that really mattered culturally like those two did.

Was the decision to leave Buck a tough one?

I had never been a fan of the monotony of coming into the same office every day, especially after having freelanced. Also, I think having done those projects that really mattered did something to me. Work wasn’t really the same anymore. I didn’t have that same passion, and I realized it wasn’t fair for me to be in that role anymore.

More importantly, I needed to find a new balance of work and life.

You’re repped by Passion Pictures now, right? How did that come about?

Yes! I have been a long time admirer of Passion’s work. So when Jon Saunders, who I’m sure most of the readers know, put me in touch with the folks at Passion.

It was a no brainer. Perfect timing.

What’s next for you? What do you want to do with the next 2-3 years?

Next, hopefully winning some work. :-)

I’m sure I’ll continue to do work in the same lines that I have, but I hope to branch out into other areas as well. Interactive is extremely interesting to me. I’m also psyched to be working with Saschka Unseld (formerly of Pixar) at Passion PIctures, who, among other things, is head of Oculus’ Story Studio.