As a child of the 80s, there are three things that course through my blood: buddy cop films, martial arts flicks and Tang.

Kung Fury, a short film directed by David Sandberg and funded through Kickstarter, combines two of these three things. (Hint: you cannot drink Kung Fury. Yet.) Even if you’re too young to have experienced the 80s first hand, it’s highly probable you will enjoy the film anyway.

The official synopsis hints at the short’s absurdly rad nature:

Miami Police Department detective and martial artist Kung Fury time travels from the 1980s to World War II to kill Adolf Hitler, a.k.a. “Kung Führer”, and revenge his friend’s death at the hands of the Nazi leader. An error in the time machine sends him further back to the Viking Age.

With the trailer going viral in early 2014 (over 11 million views to date), the project blew past its original fundraising goal of $200,000 USD, eventually raising $630,000 USD. The film adjusted its ambitions accordingly, racking up over 400 visual effects shots created in partnership with Swedish vfx studio Fido.

Calling for locations in Miami, Asgard and Germany, the budget couldn’t accommodate on location shoots. So they broke out the green screen and got busy. According to Sanders, “the film was shot entirely on the Canon 5D, with the exception of the slow-motion scenes which were shot with the Sony FS700.” 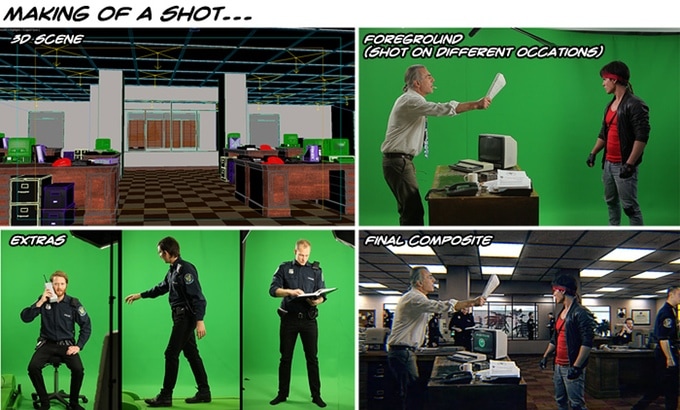 A shot breakdown from the Kickstarter campaign page

The project seems to have fallen short of its $1,000,000 goal to create a feature film version. But something tells me this isn’t the last we’ve seen of “King Fury.”

The production of Kung Fury the short film spawned several other pieces of content, including a music video featuring the inimitable David Hasselhoff — the perfect authentic 80s complement to Mitch Murder’s retro soundtrack.

Hackerman, “the most powerful hacker in the world,” also created an instructional video for those interested in learning more about time travel. Be warned: you’ll need a computer with at least 256k of memory to follow along.

And there’s even a Kung Fury side scrolling, Streets of Rage-style fighting game available on Steam. (Thanks to oeuf in the comments for the nudge!) 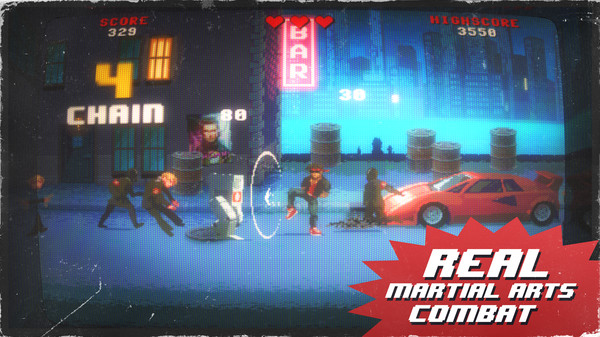