Sometimes it’s the simplest concepts that produce the most surprising results.

Logan director Kenji Yamashita teamed up with Masashi Kawamura from creative lab PARTY to create a whimsical music video for Namie Amuro, the “Beyoncé of Japan.”

Playing on the central theme of touch, the video intro instructs viewers to press their index finger against one stationary point on the center of their screen and to hold it there. It continues and a series of vignettes fly across the screen, giving the illusion that the viewer’s finger is interacting with each one.

The mixed media music video contains live-action, animated, photographic, and illustrated scenes that were shot on a RED camera then finished in After Effects, Nuke, Photoshop, and Illustrator, before being cut together with Final Cut Pro. Finishing touches were were handled by renowned Colorist Adrian Seery at MPC.

If you’ve read the New York Times best-selling children’s book Press Here, the concept for the video will be familiar. Something about interacting with a passive medium in way that we’ve come to expect from modern devices feels playfully transgressive. 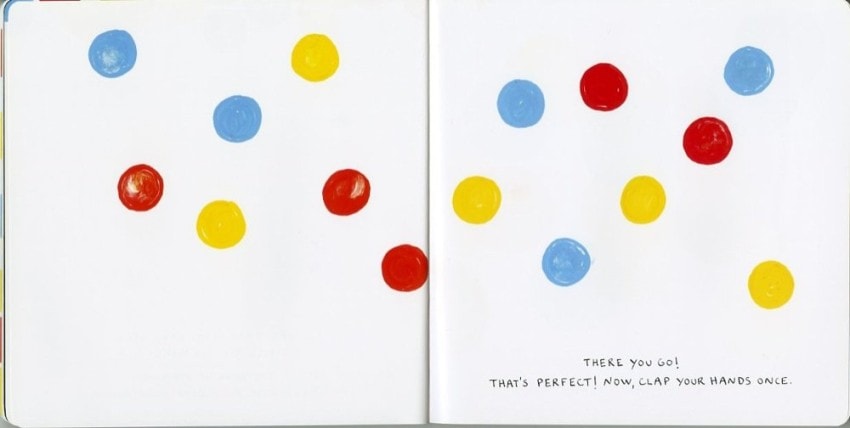 A spread from Herve Tullet’s “Press Here,” a book that rewards the reader for interacting with its pages.

For maximum enjoyment, you know what you need to do. Go on, no one’s looking: put your finger on the screen! 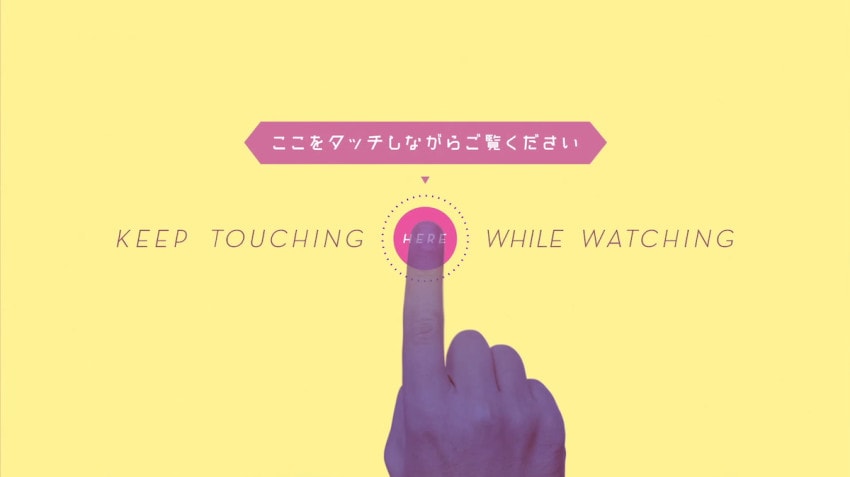 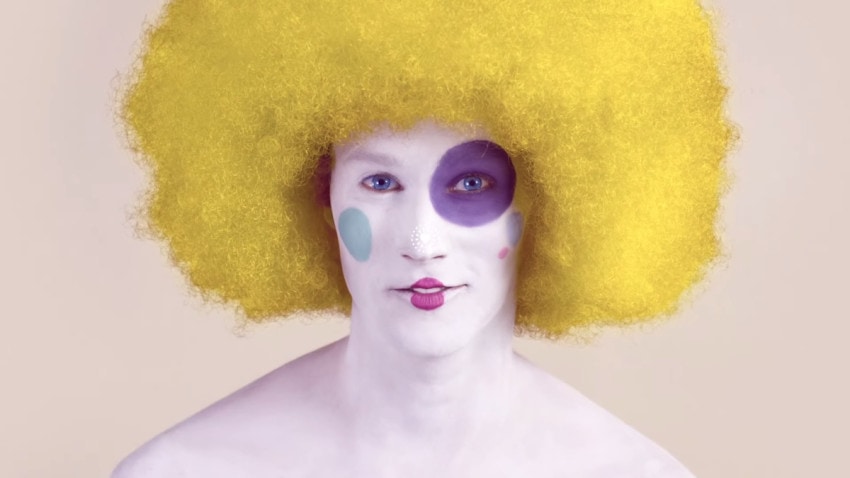 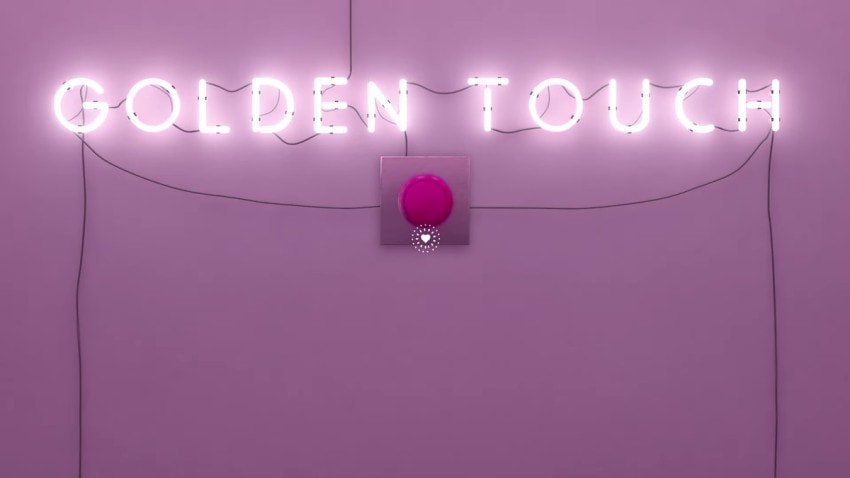 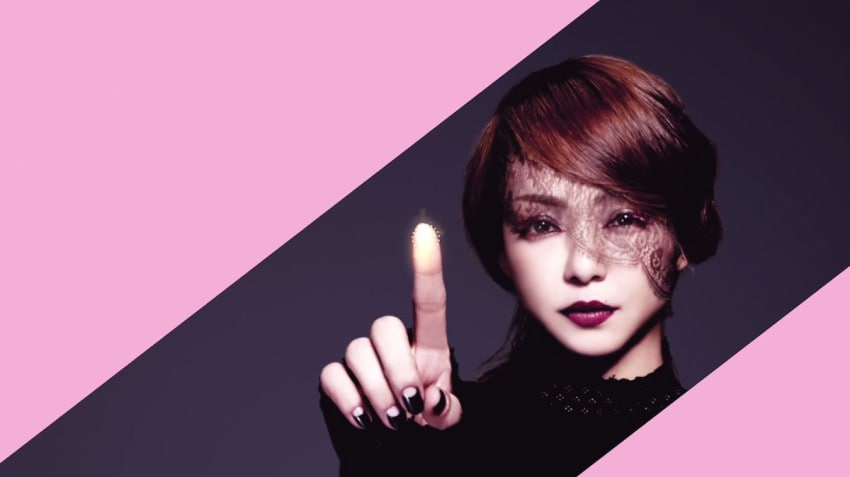