3,066 days ago, beeple (Mike Winkelmann) committed to making something visual every single day.

That commitment has helped him produce an astounding collection of projects while forcing him to hone his craft. Along with his music video work, beeple’s Everydays have also garnered him some well-deserved attention from places like Wired, The Atlantic and Pitchfork.

We caught up with beeple to learn about the process behind his latest project, “Instrumental Video Eleven.”

Ha! The “instrumental video” series is one that I’ve been working on for over ten years.

The last one was “IV.10”, and before that “instrumental video nine”, which as you can see laid the groundwork for this film.

The main tenant of these videos is that every single piece of the music is synced to the visuals, right down to the individual hi-hats. I really love when music and video are super tightly synced, so that has been a fun form to play with over the years.

I feel like there are an infinite number of possibilities to how you can bring that concept to life and that I’ve just begun to scratch the surface.

What was the motivation behind creating this piece? Is it science fiction or are you genuinely concerned about cyber terrorism between China and the US?

Well it’s not entirely science fiction in that almost all of the voice overs are actually real things that are happening right now.

I am fascinated by STUXNET and the idea that a simple piece of code could actually cause physical destruction. With U.S. companies definitely under constant attack from China (in terms of cybertheft, terrorism, etc.) and the United States considering sanctions against China, this is obviously a real problem that isn’t going away anytime soon.

That being said, I’m not, like, freaking out that we’re all gonna die from some big cyberwar. But I do think this will be more of an issue moving forward.

What was your design process like for this project? Did you board it up, make style frames or just jump in head first? (Any process imagery you could share would be great!)

This was the first instrumental video that I didn’t write the music as well as do the video. So for this one, I started off by modeling and animating each instrument.

"I started off by modeling and animating each instrument."

Then had my buddy Kyle (Standingwave) make a sound for each one of those instruments. We then made the overall music for the piece, and then I went back and by hand, synced up each individual instrument in the music to a corresponding visuals. As you can probably assume, this is time consuming as a motherfucker.

A lot of the individual assets though were made as an Everyday.  Each Everyday is made start to finish from scratch, but then a lot of times those models will end up as part of bigger projects like this. 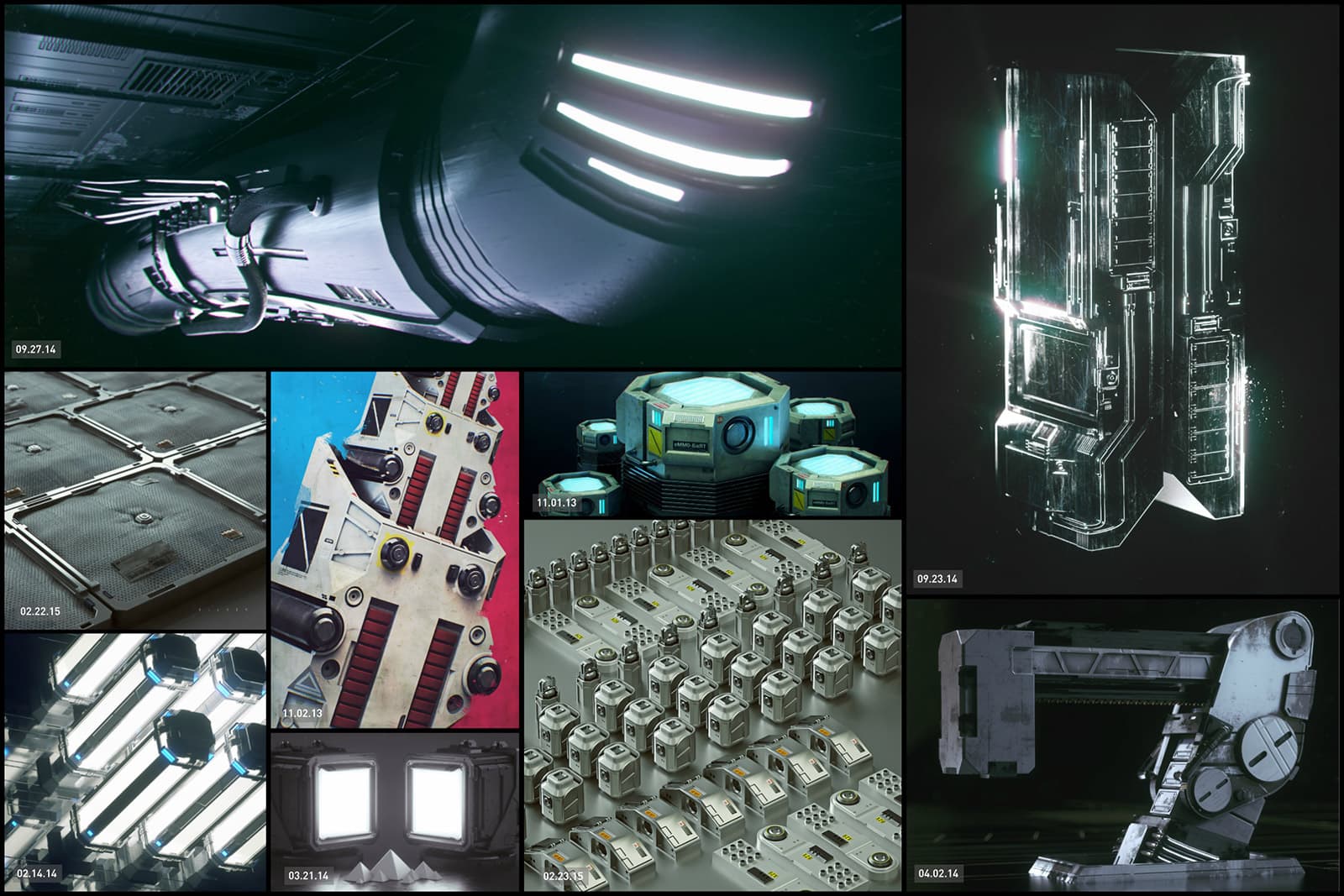 A collage of Everydays that were used in "ZERO-DAY"

Here are a bunch of Everydays that ended up as assets used in the film, some dating back to November 2013.

Why do you release your project files to the public?

The project files are of no use to me after I’m finished with the project. I will never go back and do anything with these. So giving them away helps me sort of move on and hopefully help others learn from them.

Though these should definitely be taken with a grain of salt when learning, because I really DO NOT know how to setup a proper VFX workflow. These are really just a bunch of bullshit gooned together.

Your site is chock full of amazing stuff: free project files and VJ clips, your Everyday series — everything except commercial work. Forgive me for being crass, but how do you pay your bills?

I do freelance, mostly concert visuals. I just finished up a huge project for Zedd’s tour visuals, which I spent the last 8 months working on. He’s now touring with them on a giant 80’ 4K screen. 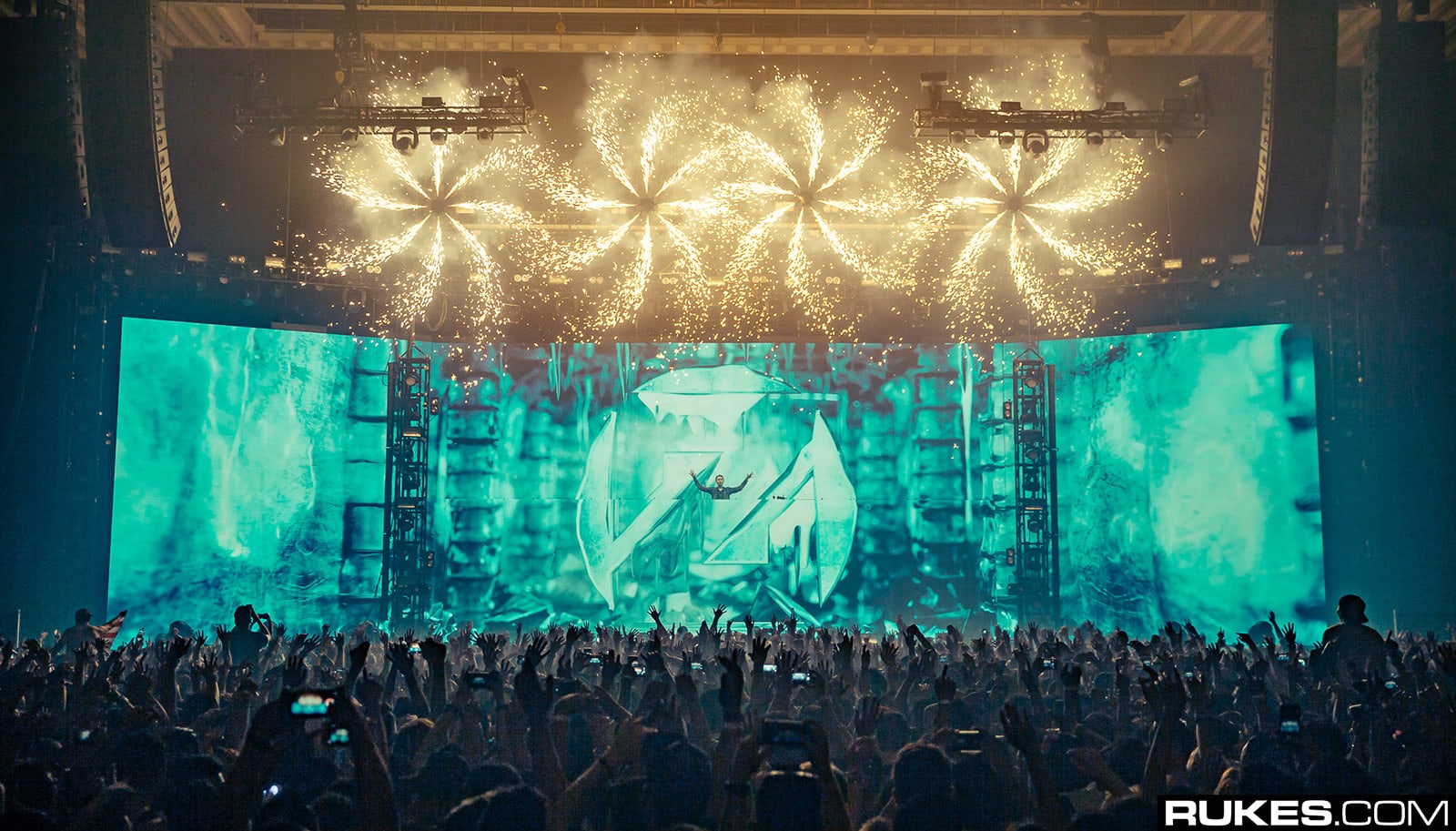 You’ve been making your Everydays since 2007, right? Do you ever get tired of them and want to quit — or take a long break?

Fuck yes! I get tired of them all the time.

Right now, tonight, I have little to no motivation to do my Everyday.  Much rather just relax, watch an episode of something and chill out. But after doing it so long, the momentum you’ve already gathered sort of prevents you from just stopping for no reason.

What keeps you motivated after all this time?

There is a so much amazing work out there. I really feed off of other people’s stuff and seeing people push things definitely motivates me to try to get better.

The last piece I remember that got me super jacked was Raoul Mark’s Semi-Permanent titles. I think because he also uses Octane and did the entire thing himself, it hit pretty close to home. I found it super motivating. That dude is a straight fucking beast, and he just killed that shit on every level. 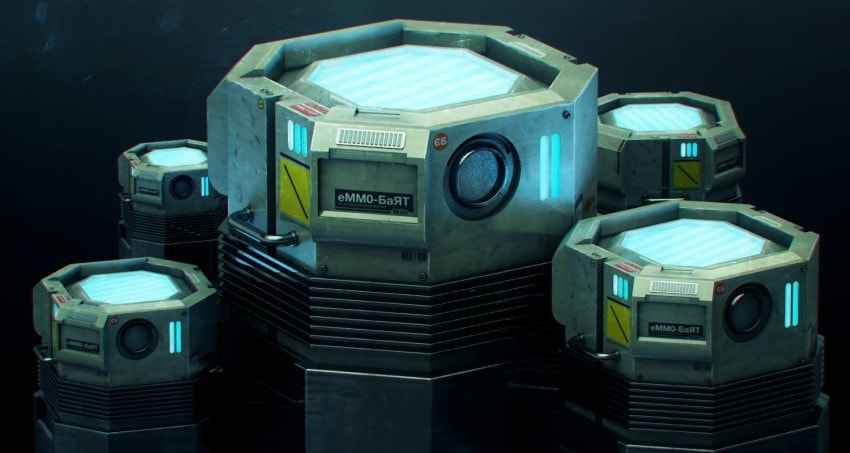 I think when I see amazing things done with the same tools that I use, that definitely destroys any bullshit excuses my brain tries to come up with. It’s like, “Well, they’ve got the same shit as you, and look what they did with it.”

What advice do you have to people just getting started?

Don’t overthink shit. I feel like people get way too into their own head of whether something is “good” or not. That is totally irrelevant, completely subjective, and really should be none of your concern. Your only concern should be to get up everyday and try to get better.

Making anything is always better than making nothing.

Making anything is always better than making nothing.

That is where starting an Everyday helps. You need shitloads of practice, and it’s a great way to get that and keep pushing yourself and experimenting.  I recently met Jonathan Mann, who has been making a song everyday for 7+ years, and it was amazing how similarly “unmagically” we viewed our work.

Just concentrate on getting better at technique; don’t work about making “art.”