Here we are at the dawn of virtual reality’s triumphant comeback, and already we’re bored. 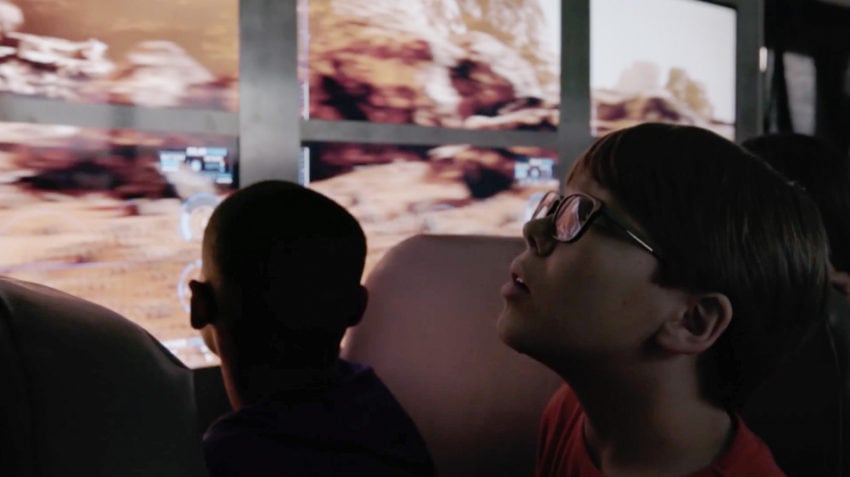 Created by Academy Award-winning VFX shop Framestore, it’s a unique take on what a shared VR experience can be. (It also racked up 19 awards at the prestigious Cannes International Festival of Creativity across 11 categories last month.)

In the following guest post, Framestore’s Head of Creative Technology, Alexander Rea, explains some of the process behind crafting their interplanetary experience.

It was probably one of the craziest requests I’d ever received in my career but there I was — turning an entire school bus into a VR headset.

The job was for global security and aerospace company Lockheed Martin and the event was the 2016 U.S.A. Science and Engineering Festival. Together with ad agency McCann, our studio would create the first-ever shared virtual reality experience, “Field Trip to Mars.”

The project itself was full of unknowns: How to create a ‘group’ VR experience? Can VR work without a headset? How can Mars and the streets of Washington D.C. relate to each other?

Here’s how we found clever solutions to these tough challenges and created a one-of-a-kind experience. 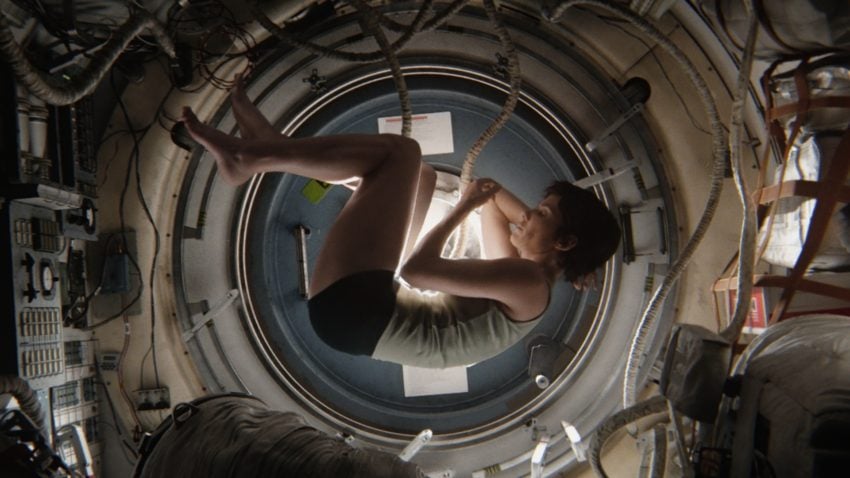 Still from “Gravity,” for which Framestore won an Oscar in 2014

Thankfully, we’d had major experience in space settings, winning the Oscar for visual effects in “Gravity” and working on other projects like “The Martian,” “Guardians of the Galaxy,” and Oculus Rift content for “Interstellar.”

Plus, with other VR and experiential installations under our belt, Framestore was in our genius spot, able to tackle the brief with artists, creatives and technologists from across the business.

First, we chose the Unreal game engine as our platform to create a 200-square-mile Mars “worldspace” from scratch. Using a proprietary method of building a world from open-source map data we built the actual streets of the festival’s city, Washington D.C. 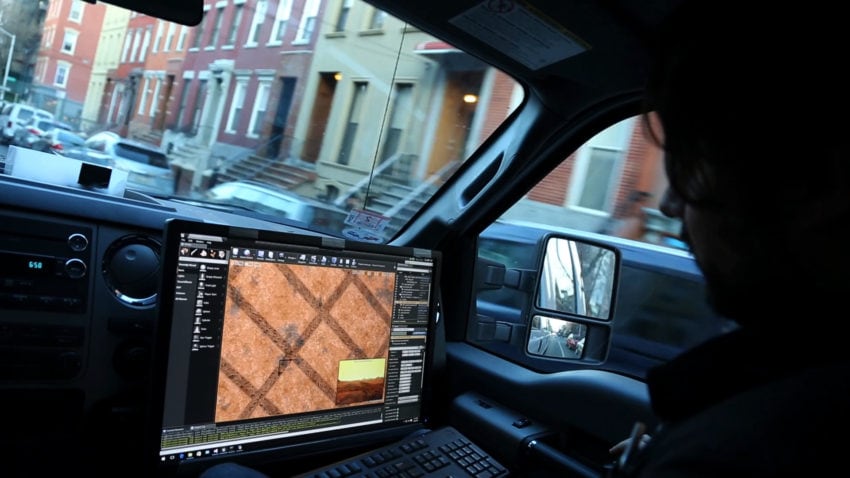 Mapping Mars to the streets of DC

The team then covered the entire vast Mars worldspace with an assortment of terrain features and then placed geological and other feature objects along the street route the actual real bus would take. All modeling done by Framestore’s artists under the direction of VFX supervisor Theo Jones. 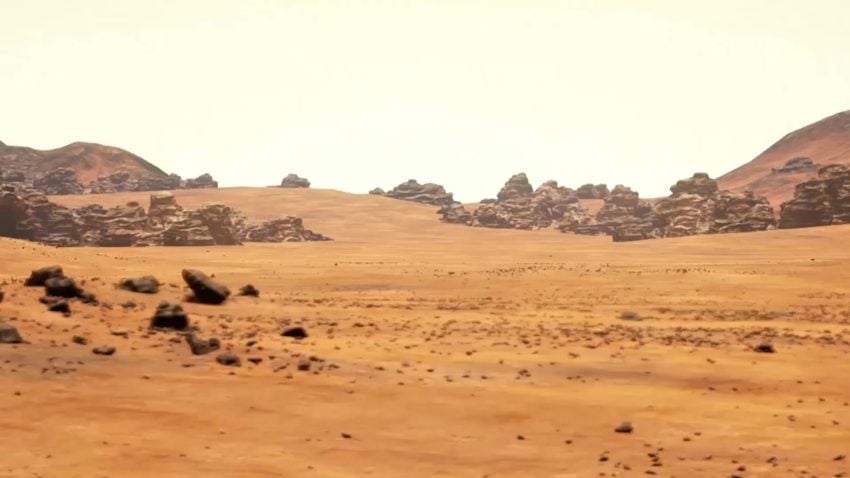 Mars, as seen through the bus windows

We created a bespoke system that allows real-world bus speed, GPS and accelerometer (bouncing up and down, turning right and left, etc.) and other 4D elements to be translated into Unreal – essentially creating a real school bus that exists inside of a video game.

The team built custom transparent 84” 4K screens with switchable electric glass that enable riders to first look out the windows and see the streets of D.C. but then with a flip of a switch be suddenly transported to inside a space rover where they see the terrain of Mars.

For extra charm and storytelling, we added other moments of surprise and delight including a new model of the rover Curiosity, a space colony, and a cameo of Lockheed’s jewel of the upcoming Mars mission, the Orion capsule. 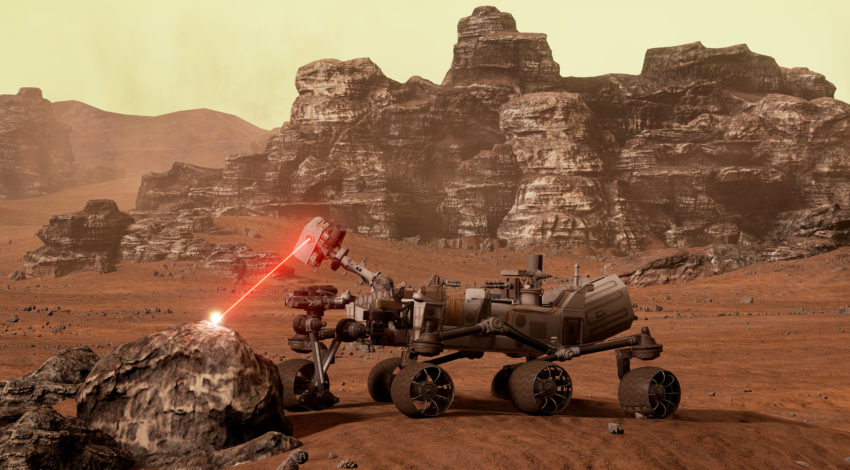 As a final touch, travelers on our Mars experience a sudden sandstorm.

Other design and technological solutions included:

Through providing a dazzling experience within the comfort of a school bus, the young scientists and technologists of tomorrow couldn’t help but look to the future as they commuted to the festival. 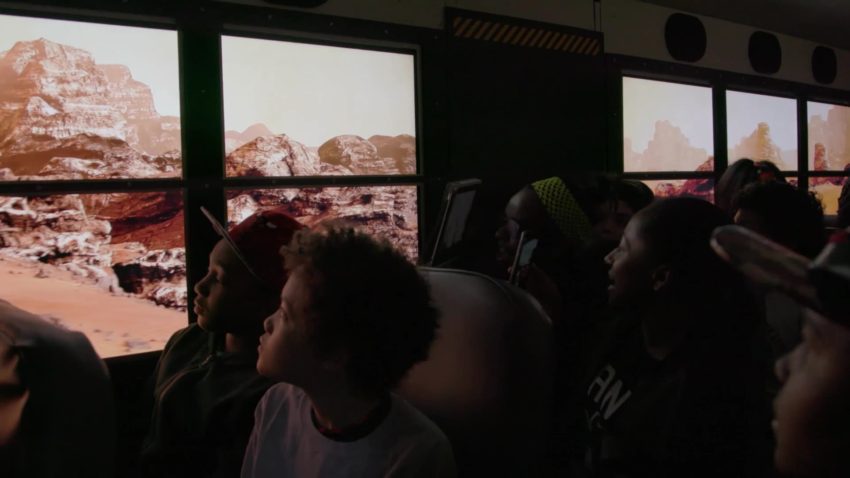 Alexander Rea is Head of Creative Technology at Framestore, where he uses his intricate knowledge of the digital world and his background in advertising, production, design and development to craft smart solutions that support Framestore’s constantly evolving experiential and digital offerings.