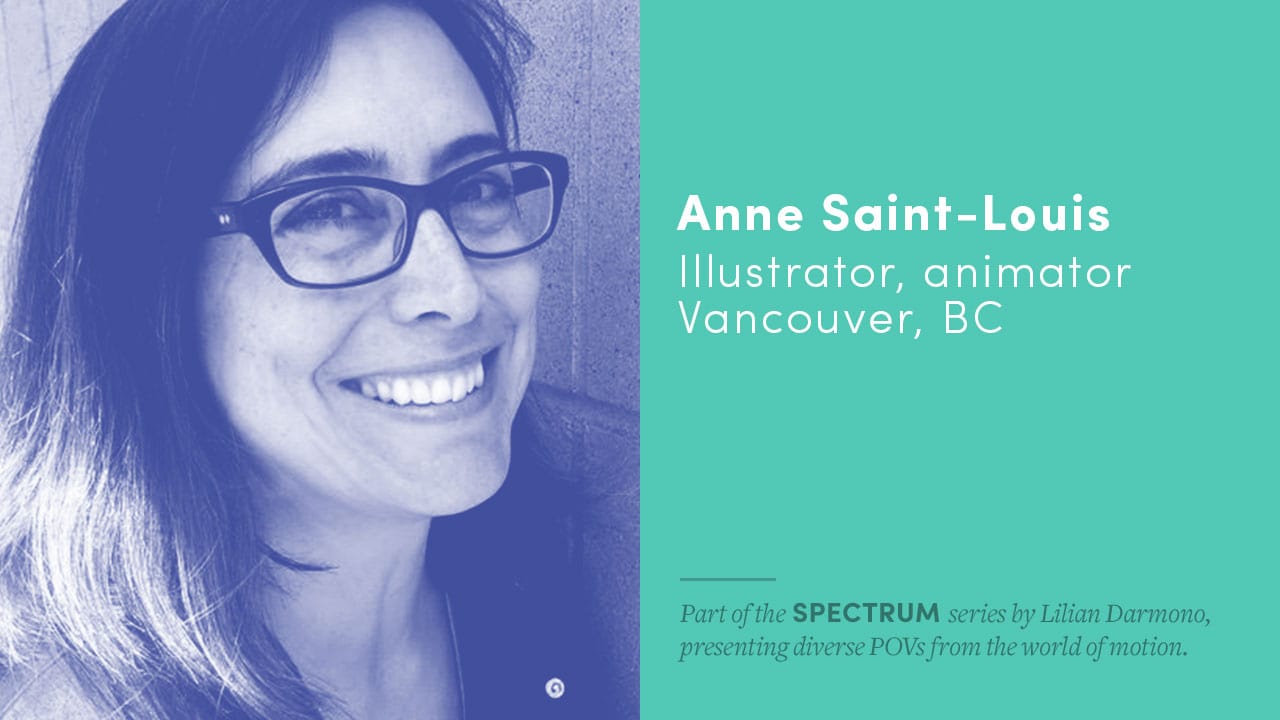 For this issue, I spoke to Anne Saint-Louis, a designer, wife and mother to a 12-year old boy. Based in Vancouver, Canada, she is also an assistant teacher at School of Motion’s Character Animation Bootcamp.

Anne shared her insight and experience, including a few myth-busting truths about how motherhood influences a person’s creative career.

I reached out to people like Anne, because I want to learn how women have managed to balance motherhood with a rewarding professional existence in this field.

This segment of the community is one of the least visible and least talked about. ‘Motion mums’ are out there, but finding them takes some time and extra effort. (That in itself is an interesting topic to investigate.)

I’m acutely aware of the popular perception that motherhood creates more negative impact than positive, at least as far as careers are concerned. To my surprise, Anne expressed that she became a better designer and artist after becoming a mum. She doesn’t equate motherhood with professional “sacrifice.”

From industry life to parenthood

Anne spent two decades in the creative industry after finishing art school in Montreal. Those years were filled with tough moments. Personal projects abandoned halfway through, paralyzed by her own fear of imperfection. Being someone else’s “helping hand,” translating their ideas — instead of her own — into finalized pieces. Taking jobs in uninspiring environments.

Even one awkward moment of being asked on a date by the creative director who interviewed her at a game design studio. (She refused and couldn’t help feeling that this played a part in her not getting the position.) 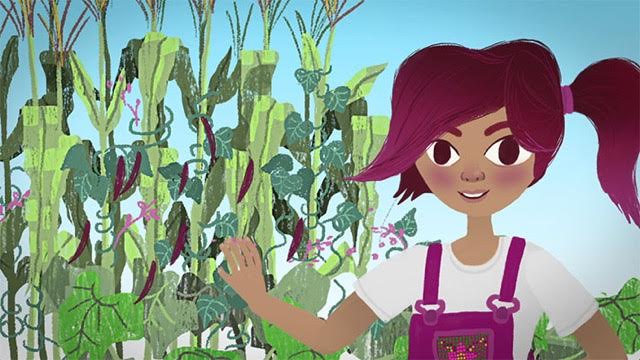 When her son was born, Anne took four years off to become a full-time mother. She slowly transitioned into work again with a variety of creative gigs, but it took another four years for her to finally discover her love for motion graphics.

This revelation happened when she took a job with a documentary production company, doing web design and animation show packages. Since then, it’s been a steep learning curve of self improvement, trying to master software packages so she could make what she wanted in the medium of motion design. Now she’s trying to shift her freelance work from graphic and web design into a more predominantly motion-based clientele.

She reflected how tough it was to juggle motherhood with learning and working. The constant switching between left and right brain thinking (the former for household duties, the latter for designing), is exhausting. 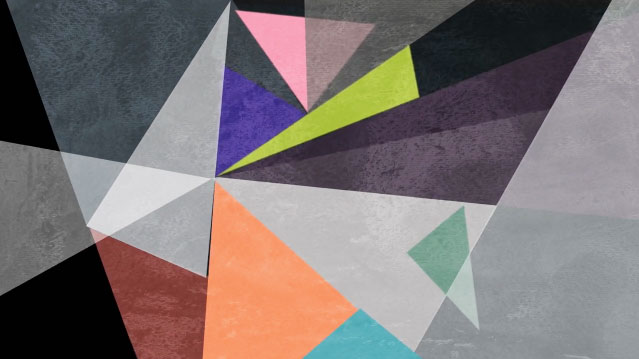 She’s lost track of time being lost in her work, only to realize that it’s dinner hour and there’s no food in the house. To make sure stuff gets done, they have to be scheduled down to the last detail –  and we know how creative impulses can be resistant to a timetable.

So yes, she admitted, it’s tough. But this is where the determination and resilience she learned through rearing a child kicks in to her advantage.

“Motherhood is an intense and grounding experience, but I feel I’m a better designer thanks to it,” she said.

She explained that now she has better time and client management skills — and most importantly — persistence and patience, which she uses to stop perfectionism from getting in the way of being creative.

“Motherhood is an intense and grounding experience, but I feel I’m a better designer thanks to it,” she said.

To illustrate that point, she talked about making meals that turn out badly for her family. In that situation, walking out is not an option. The only thing left to do is to start again and try to improve each time.

“When you’re a mother, you can’t just give up. Your child needs looking after. You have to keep it alive!”

So now when things don’t turn out right with work, she simply moves on and starts again. She expresses a sense of freedom now that she’s no longer restricted by perfectionism and fear of failure, which allows her to experience lightness and fun in her work — something that’s very important to her as an artist.

“I used to give up easily when I was young. Now I know how not to,” she said.

Patience and better people skills are also important things she’s acquired from motherhood. When difficulty arose with clients, she used to blame herself, anxiously examining where she’d gone wrong.

But now? “I reach out and say, okay, what’s wrong? Let’s talk about this.”

Discussing the future, based on her journey so far, Anne’s fine art background comes into her desire of making motion pieces that are tactile, rich, and layered. She observes that the best pieces out there done in this aesthetic are the result of hard work from a team of people.

So now, collaborating with the right people is high on her wish list. Interestingly, she has always thought of herself as someone who prefers to work alone from home, but now she reflects that it may simply be that she hasn’t found the right people yet. 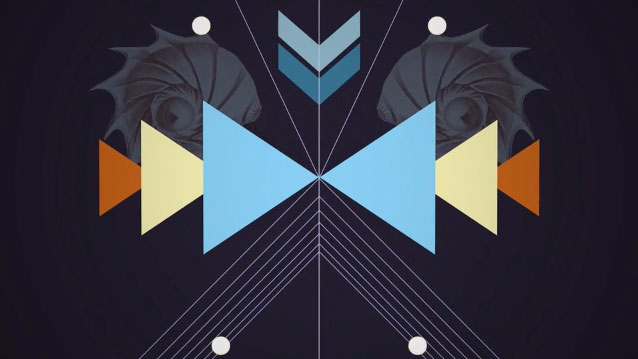 Like many women I have spoken to, Anne paints a very well-rounded picture of what success means to her: great family and lifestyle — and the freedom to keep learning, making and exploring.

“I used to give up easily when I was young. Now I know how not to,” she said.

Awards, money and prestige don’t figure into her list of ambitions, and it made me think perhaps this is another way of looking at achievement as a creative professional. Anne admitted that she’s lucky to not have to worry about putting food on the table, as her husband willingly shouldered that responsibility.

Working from home means she’s free to call her own shots, not having to succumb to peer pressure or adhere to a rigid work schedule that doesn’t allow much room for family responsibilities. During our conversation, Anne kept mentioning her love of making art, using words like “fun” and “lightness.”

“To me, motion and animation are pretty magical. Every time I do something animated, I’m all excited. I’m like a little kid! To have a little animation with an actual storyline, that’s really new to me, and I find it very exciting.

I want to keep that excitement alive. That means doing something (creative) everyday. Keeping a sketchbook and always sketching something, or at least taking photos.”

That’s exactly what she did in those first four years of being a full-time mother, when taking care of her son was an all-consuming task, to “let off creative steam.”

Asked what was the one piece of advice she would give to young designers, Anne replied that they should maintain persistence, focus and not settling for less. She illustrated this point by telling me that she secured herself a mentor by taking an initiative to persuade her graphic design teacher to take her on as an employee. Through a combination of persuasion, persistence and courage, she succeeded. She ended up learning a great deal about being a creative professional through that job.

Anne said, “Know what your goal is, don’t get stuck in something that you’re not happy with.”

For now, she concentrates on building her skills, as well as putting herself and her work out there, to ultimately land the right project. She may not be ‘there’ yet, but I am confident it’s only a matter of time. After all, in her words, ‘’Once you’ve raised a child, you can do anything!’’