With Pictoplasma right around the corner, we caught up with him on his new trailer for the upcoming festival, the seemingly new genre of festival trailers, and his new foray into the world of social media.

You’ve had a pretty illustrious career. For those who may not know, can you tell us a bit about yourself and your experience?

I started putting together graphics pixel by pixel in the early 90s with 8bit home computers, and I’ve done this ever since. Now I’m Creative Director and Partner at the Berlin office of the Animation and Film production company SEHSUCHT.

Can you tell us how this project came about?

Pictoplasma is a really amazing character design festival and community with a long history. Five years ago, Peter and Lars, the founders, approached us at SEHSUCHT to ask whether we’d like to be involved. Out of this contact came the 2012 Pictoplasma trailer as well as the interactive project Chameleon for the 2014 edition of the festival.

This year, they approached us again for the 2017 edition trailer.

Working on event openers can be a great opportunity to try out new things and to get away from the world of advertising momentarily. That being said, the openness of these briefs can be intimidating, to say the least. What did you find was easiest and most difficult about taking on this project?

It is interesting how this niche of festival trailers became a genre in itself. In my perception, it started with the OFFF trailers, and ever since artists and companies have made crazier and crazier productions. It’s reached a point where these pieces now look like they contain more work than the actual client projects these companies do, which to me is a bit crazy! I don’t know how they do it! Which is actually not true, I know how they do it, which is, they work crazy hours without getting paid.

At the same time, it’s obvious that we like to work on these projects, because like you mentioned, they are an excellent opportunity to try new things. That is as long as you can squeeze them into the studio’s day to day operations.

The 2012 Pictoplasma trailer was done at a point in which the commercial workload of the studio was (unfortunately) low, so we could throw a lot of artists at it. This time around, we didn’t have that luxury, so we had to compromise a bit on the scale of the production. The first ideas I had were super grandiose, an epic story with tons of different characters and a couple of minutes long. At the middle of the process, I kind of accepted the fact that this was maybe too ambitious, so I settled on the concept which you can see here.

For this piece, I basically shut myself off from the office and worked on it at home, going back to doing everything myself. This, for me, was a great luxury as well as very intimidating. For the last couple of years, I’ve mostly worked on multiple projects at the same time as a creative director, which mostly means sitting in meetings and phone calls. I’m rarely sitting on the box and actually producing work, which I quite miss. This also means, I’m not as proficient as I once was, so I had to re-adapt to doing everything myself. After a bit of a rocky start, I have to say I enjoyed it a lot! It was also a humbling experience because I was back in the trenches, alone, and I was reconnected to just how much work everything really is.

Apart from the production issues, there is also the creative component, which is unusual for us in its freedom. While there wasn’t a storyboard from the client, which we were asked to render out beautifully, there was a creative process which involved Peter and Lars from Pictoplasma as well as David Kamp. 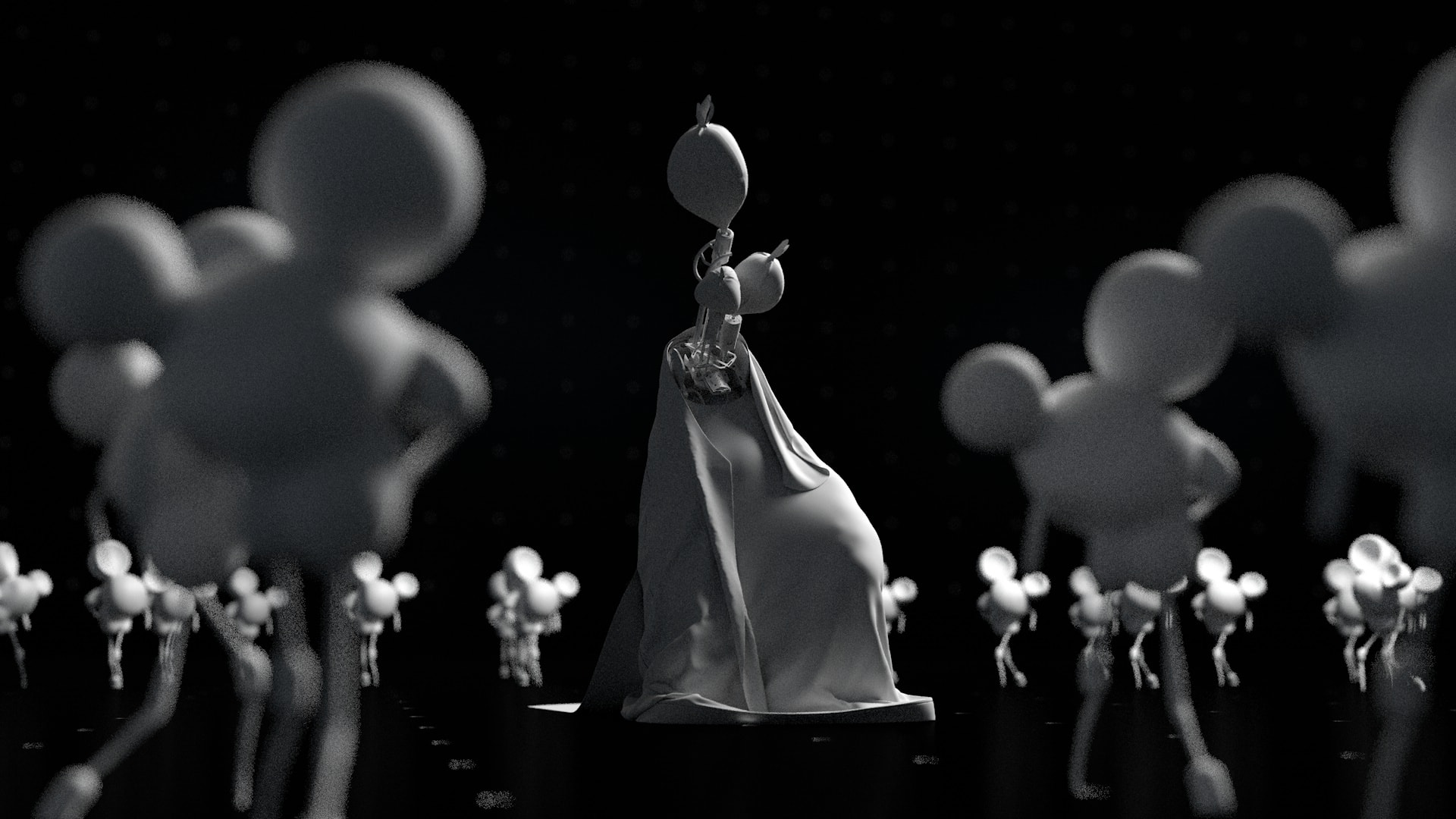 There is a certain “meta” quality to this piece. Can you tell us a bit about this and your concept?

There’s a bit of a backstory to that. So beginning of this year, I started to be more active on Instagram, kind of getting in on the dailies game. I say kind of because I don’t post every day. Similar to the festival opener genre, “dailies” have become kind of a standard thing. You could also call it a plague, depending on your personal take. What remains noticeable is the resemblance between a lot of those images. This takes me back to the late Nineties when you could see the emergence of a certain Photoshop filter in techno flyers. You can probably date back the release date of Kai’s Power Goo just by looking at the Rave Flyer that uses the same effect. Long story short, the tool informs the art, at least to some degree. So while doing my Instagram posts, I started being interested in a way to look at this relationship. Slowly parts of the tools became more visible in the pieces.The interesting thing about social media is that you enter this echo chamber, where what you put out there get reflected through the voices and likes of your audience. You could now go and just repeat whatever got the most likes, and while this might be a valid strategy (as you can see in all the “this will get viral” briefs of agencies), I feel that this is doing things back to front.

What I found even more curious is that by doing frequent explorations, you enter this conversation with your past self. So naturally, you start walking this path, which kind of presents itself to you only in retrospect. 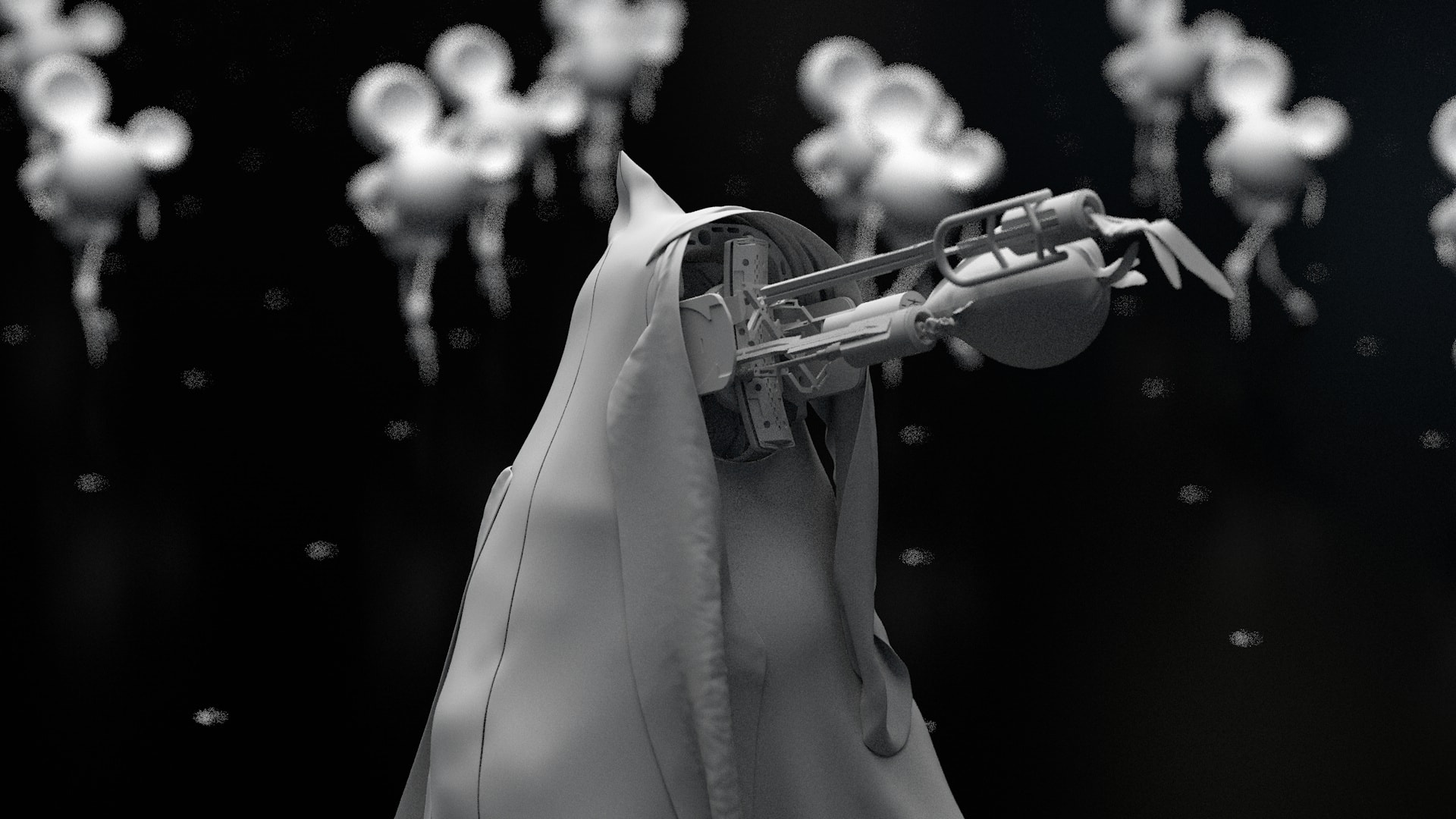 Finally, with Pictoplasma right around the corner, is there something about this year’s event that you’re particularly excited about?