I’m not a nostalgic person, but I grew up in a time when MTV wasn’t a 24-hour reality show marathon. Where I lived in suburban Houston, they had to sign off at midnight, handing the airwaves over to local programming until the next morning.

I had crushes on VJs (hi, Martha Quinn, wherever you are), back when the term “VJ” had nothing to do with live-mixing edgy visuals to electronic music.

Back then, MTV was a cultural force. It mattered. The music they played, the videos they showed and the anything-goes, DIY spirit of the network were a beacon to youth the world over — not just in the USA.

Fast forward 30 years, and things have changed quite a bit. For some of us, there’s an MTV-shaped hole in our lives that the internet — as awesome as it is — has failed to fill.

Enter yesyesyall, the internet-age equivalent of MTV, with the option for you to act as a VJ, if you wish. While the site’s history spans 8 years, it recently relaunched with a slick interface and some interesting curatorial functions. 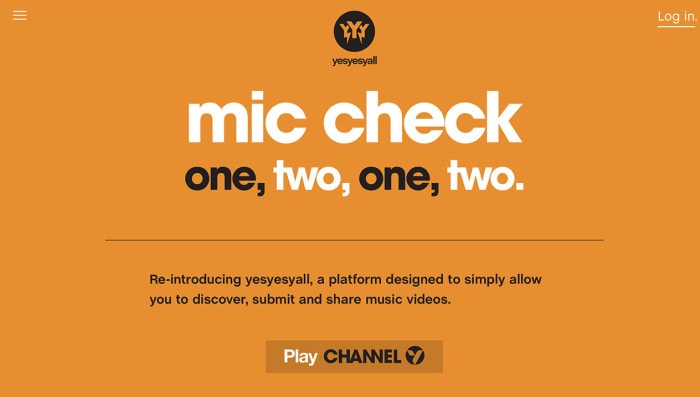 YYY’s creators, motion designer Nessim Higson (no stranger to Motionographer), Kenneth Robin and Joshua Stern, filled in some backstory for the project.

For the uninitiated: What is yesyesyall?

In it’s most basic form, it’s a music video channel. It’s designed to simply allow you to discover, share and even curate your favorite videos.

It’s a passive video experience focused on the sweet spot where music and visuals meet. 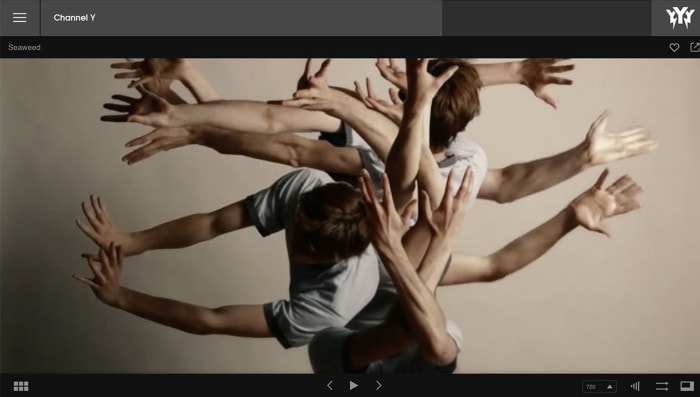 A shot of the YYY video player in action

Who are the creators of YYY?

There are three founders: Nessim Higson, Joshua Stearns and Kenneth Robin. We started the site 8 years ago.

We also have some fantastic, dedicated contributors such as Lizzy Margiotta, DeChazier Stokes-Johnson and Tim Parker.

Why did you guys create the site? What was the motivation?

You know, it started as us just talking. We had the music in common. It became a glue that we looked forward to talking about daily. We felt a need to share these conversations with more people and out of that spawned YYY. For us, by us… and everyone else.

Our intent has always been to promote and push the artist first and foremost. We want to help support them in the best way possible and if anything, try to help artists and listeners in these times of change.

Remember when MTV was MTV? Yea, like that. But digital.

Did the two of you build everything yourselves, or did you get some outside help?

The current version of the site is built 100% by us. We had some help out on previous versions of the site, but we wanted to have complete control so we could customize the experience. The site was is built with a technology called Meteor, which has allowed us to do things that were not possible before.

What was the design process like? Did you know exactly what you wanted and just built it? Or was it very iterative?

We had a good idea what we wanted to build, which included narrowing our focus to video. Video was the single most impactful part of our site and the the feature that really stands out. It’s hard to stand out in a sea of blogs — we wanted more. We wanted to be a video channel.

From a design standpoint, we wanted to improve upon what we had already built. We wanted the site to be more intuitive, and current in its feature set. Now that the site is live, we can take a more iterative approach as we launch new features. 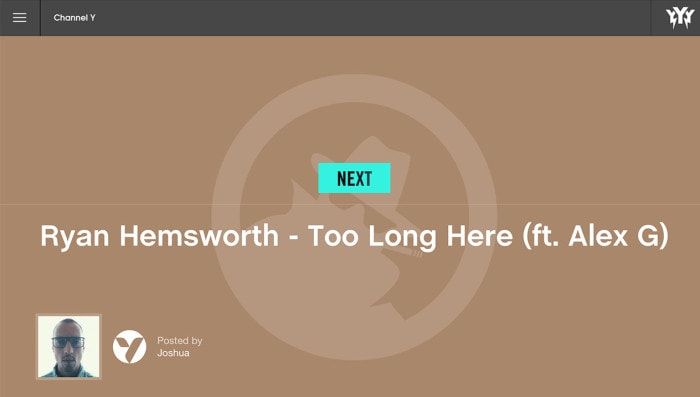 We also wanted to develop identity systems for the themes supported by the site. This included many iterations and versions of icons used for the categories. It was a very collaborative process, as we exchanged files and modified ideas.

I’ve always been worried about the costs of hosting video. Are you guys handling hosting?

We leverage Youtube’s API, because of its vast abundance of music videos. We wanted to be able to tap into the most successful, shareable video platform in the world.

We add to the experience by adding a layer of curation on top of. If you can’t beat em… use them. It does cut server costs tremendously by not hosting the videos ourselves.

What does “success” for this project look like? Was just building it enough or do you have hopes and dreams for its future?

We are super happy to have it out there. It’s a great tool to discover new music, and we hope to make it better over time.

We have some significant ideas in terms of how people share videos, that we hope will be hugely impactful. Our dream is to dedicate ourselves fully to the brand, and keep pushing it forward.

Something I’ve been banging on about for the last year is the desperate need for curation of content on the web. We are drowning in content — both amateur and professionally produced. Do you agree with that?

We are drowning in content, and the point of YYY is for you to easily discover both great music and great visuals. Hopefully, they go hand in hand. We also think that people should be able to find, curate and share these videos in a fun, simple and engaging manner. 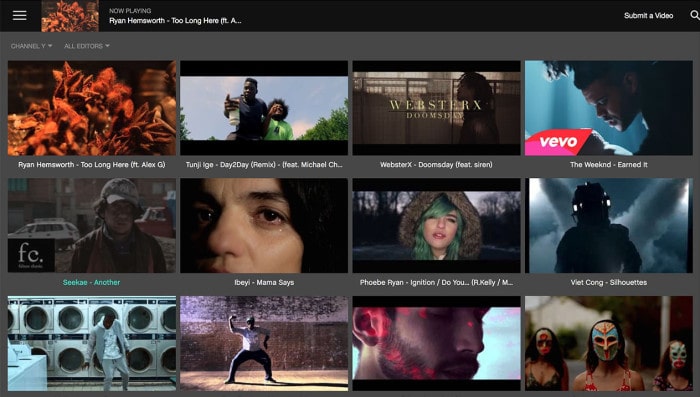 On the flip side, it was important for us to have submissions on the site. We wanted to know what videos people are into, and let those videos bubble to the surface. We will always curate, but we wanted to give some power to the people. 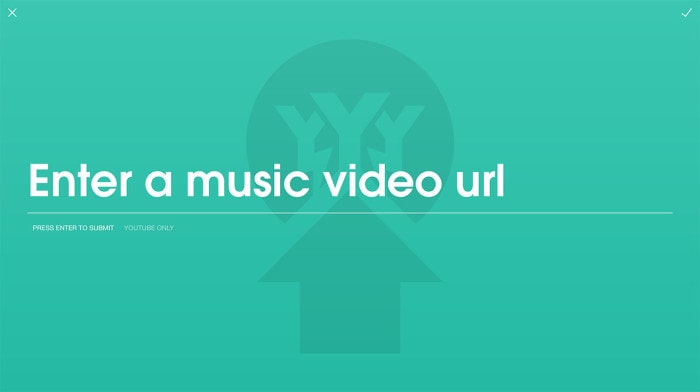 Submitting a video starts with pasting a YouTube URL 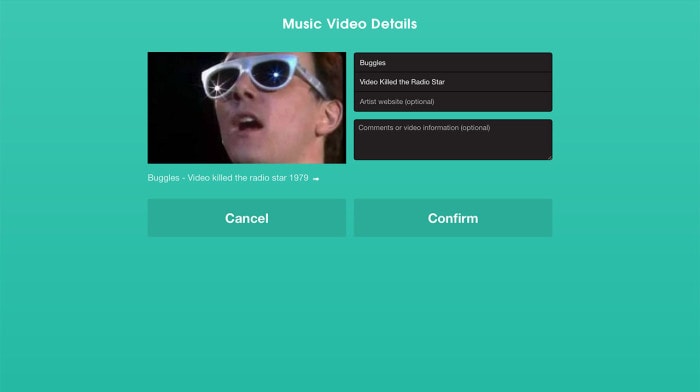 What’s your take on the current state of music videos?

There is no question music videos are alive and well. It’s hands down the best way for an artist to share their music with the masses. It does not matter if you use a webcam in your bedroom or a RED camera on the Sony lot. A music video can still make you a star.

That (death/renaissance) contrast resonates with us strongly because yes, you can look back at the history of the two mediums of sound and visuals and see how they evolved parallel to pop culture, technology, and the music industry.

You can see how finally in the 80s, these relationships matured to a point where it was the perfect overlapping of all their respective interests in the form of the music video. Especially since they could be enjoyed in one place and curated by a channel (MTV) or by you (Music Box). It really happened in a unique way at that time. 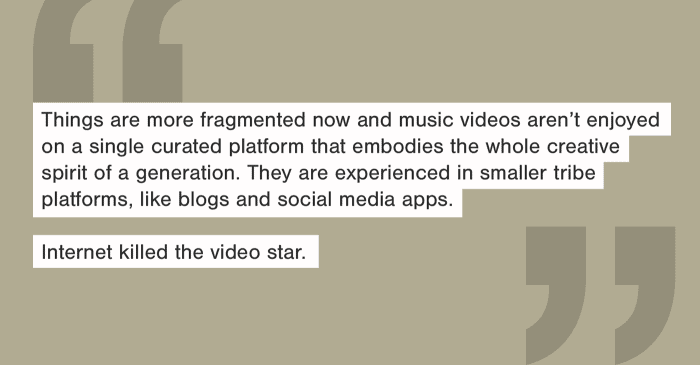 So this changing of the playing field has caused artists of the medium to adapt and explore new things. This is great, because now you have artists collaborating and utilizing the latest technology despite the lack of budget and public enthusiasm.

There is a movement bubbling, and we’re excited to document it.