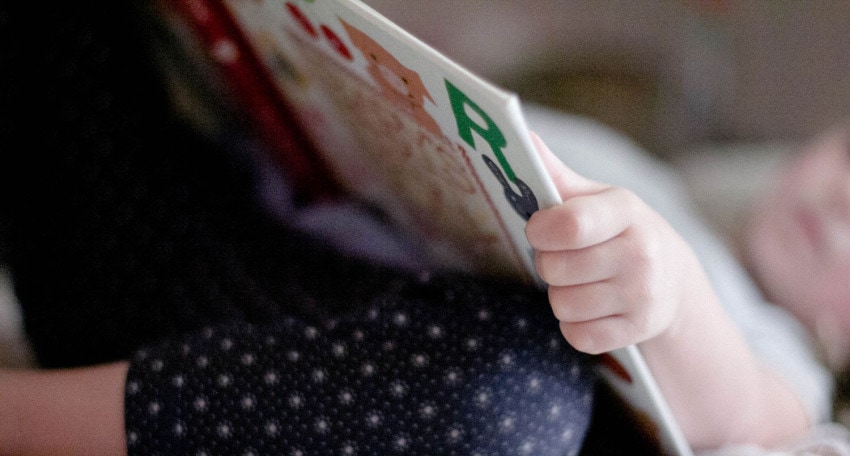 In collaboration with reader Joe Linton, we conducted an informal survey in May asking parents about the role that creativity played in their parenting.

We received over 70 thoughtful, often insightful responses. We’ve selected a few of our favorites and tried to identify some trends. (If you prefer, you can peruse the raw data.)

While we assumed that parents would all want to nurture creativity in their children, we were surprised by the diverse motivations for doing so.

Many parents felt that the value of creativity extends well beyond visual communication: “Creativity, like math, is an indispensable problem solving tool that you need in every aspect of life.”

Math references popped up more than once:

“Also, I’ve found the ability to think creatively serves you as an adult regardless of your field. Just as taking a calculus class can open your mind to abstract thinking, playing with Legos can push your brain’s powers towards envisioning something that you don’t readily see in front of you.”

For some, creativity paves the path to a fuller, more enriching life.

“More than anything, I want my children to enjoy their time on earth and have fun. Creativity and imagination have always been the superhighway to fun experiences for me, so I want my children to feel the potential thrill of playing in bands, writing novels, drawing characters, and anything they can find within themselves that makes them happy.”

A handful of parents see creativity as a defining feature of humankind. “It’s the only way to move forward as a species,” said one respondent. In the wake of rapid technological advancement, perhaps creative endeavors will someday become our primary focus.

“Because in the future, society will need less and less human productive work, there will be more room for creative work, and more time for people to enjoy others creativity. Thinking creatively will become the job of humans, machines will eventually do the chores.” 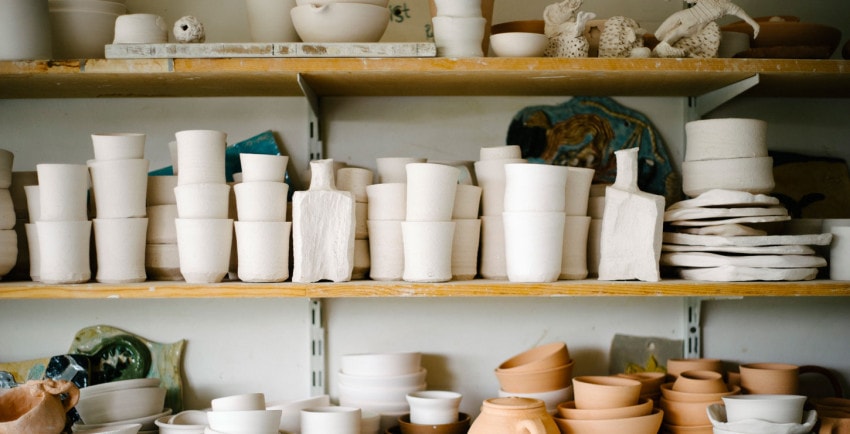 Some felt creativity was a great way to stave off boredom for both children and parents alike. As one parent put it, “Creative people are never bored.”

Boredom, however, isn’t always the enemy. Another parent argued that boredom is necessary:

“I also let them get bored. Boredom is an essential part of creativity as a child (and life in general). When you’re bored you find something to occupy your mind.  Some of my best creative moments came from having nothing to do.”

One group of parents felt that creativity gave children new ways to express themselves, which is especially important earlier in life, when the nuances of language aren’t fully grasped by kids.

“Kids need help expressing things. If you can’t understand your kid(s) it leads to frustration on both sides,” said one parent. Another agreed, adding that creativity allows kids “to express themselves and how they are feeling. This helps make them more stable, giving them more control over their emotions.”

How to raise creative kids

When it comes to actually raising creative kids, nearly everyone agreed on the right approach: give them the means to experiment and then get out of the way.

“We converted an old armoire – the kind they used to make for CRT TVs – into a supply cabinet for art and craft supplies. It holds a ton of stuff and sits unassumingly in our living room near a table. We’re still shocked by how many hours our kids spend drawing, cutting, taping, gluing, etc.” 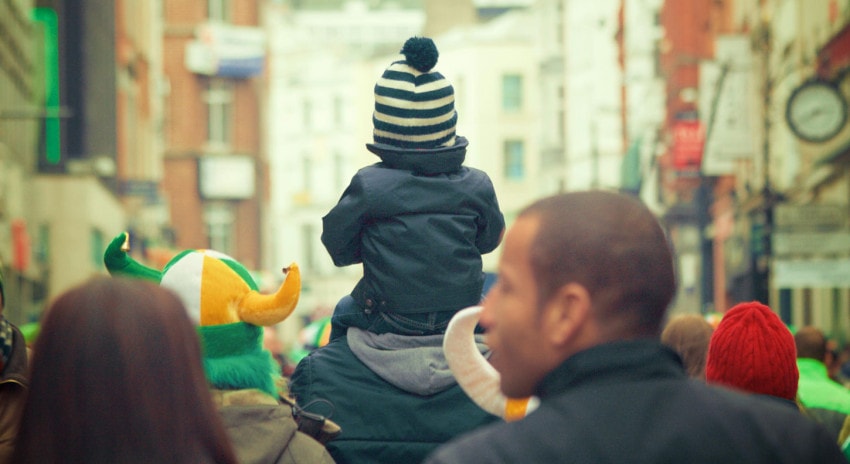 Conversation can be a gateway to developing imaginative storytelling skills.

“I ask them questions about what they see or what they’re doing in a way that encourages an imaginative response (Where’s that green recycling truck going?) and follow up with more questions that stimulate storytelling. I accidentally started this with my first child (because I talk a lot) and noticed he quickly got great with detailed imaginative storytelling.”

Include them in your work

One parent holds informal critiques of works in progress:

“On a practical level, I try to show them my work regularly. I’m in motion graphics, so it’s not hard to convince them to look at “daddy’s new movie project.” But I try to show them that I have fun with my job. I work from home, so I invite them in when I have a render ready, and let them ask questions and watch it a few times through. It’s something I need to do more of, honestly. “

At least one parent felt that forcing certain activities to be “creative” adds the wrong kind of pressure to parenting:

“I think fixating on this adds too much pressure to being a parent. It’s almost like you’re doing it to make yourself feel good. As I mention above, when I’m not at work, and when I’m not doing chores, I just try and get off social media or email or whatever (I don’t always achieve this) and do stuff with the boys; Play Dough, wrestle, lego, draw, run on the beach, look for crabs, whatever. It doesn’t have to come with the ‘creative’ stamp of approval.”

Learning from your kids

Every parent will tell you that children are surprisingly good teachers — usually of lessons you didn’t anticipate. We asked parents what they’ve learned from their kids and how that’s impacted their creative practice. 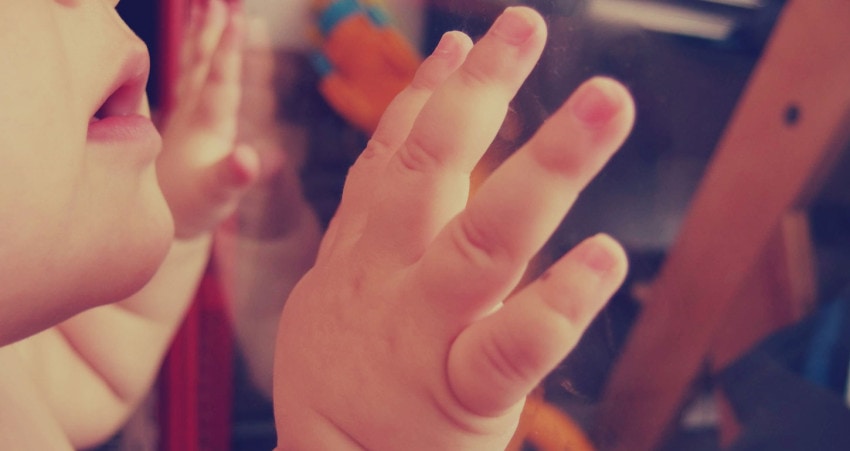 “The first thing I learned is how to prioritize my life! The time constraints and exhaustion of early parenting gave me a laser focus on my creative time because I knew I had only a limited opportunity to keep it up. “

One set of parents’ entrepreneurial spirit was ignited by playtime.

“My wife and I were frustrated with the lack of original, non-branded coloring books for our girls (ones that weren’t full of princesses or tied to movie merchandising), so we decided to start a company that produces fun, original coloring books. A lot of the illustrations are inspired by drawings from our daughters. Their perspective is refreshing and magical.”

Children don’t suffer from the anxieties of adulthood. Many parents found this natural state of open-mindedness to be deeply refreshing:

“Adults are so logic- and rule-oriented; I’ve re-learned ‘how to play’ from watching my kids play. Stop thinking about what is correct and mix it up — throw a disparate element in and force yourself to work it into your project in a creative way.”

One father has noticed that his two-and-half-year old boy “truly lives in the present. There’s no yesterday (regret) and no tomorrow (worry). There’s only the now. This is the mindset for the most fertile creative ideas. I fight daily to turn off the noise and be present and open just like my son Nathanael does so naturally.”

Expanding on the same general ideas, another parent said:

“I think innocence, naivety, and a complete lack of cynicism are all traits that could improve my work and my approach to telling a story, regardless of the client.

Those are traits I need to borrow from my kids.”