After this year’s Consumer Electronics Show, virtual reality is starting to feel less like a bandwagon and more like a freight train. Those with the vision and stamina to climb aboard now are hoping to reap massive benefits later, despite the heavy investment it will require.

With that in mind, Academy Award-winning visual effects studio MPC launched a dedicated VR studio in 2015. Since then, they’ve produced a variety of projects that signal their commitment to emerging VR and augmented reality platforms as serious channels for advertising and entertainment. 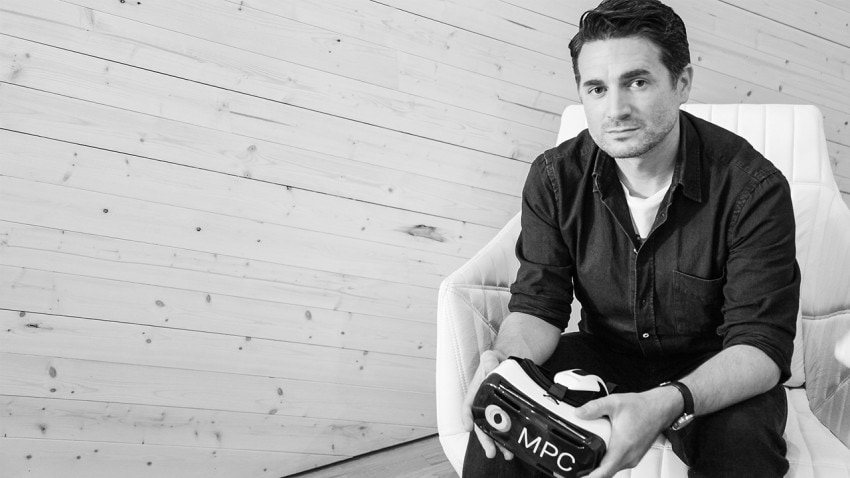 We caught up with MPC’s Tim Dillon, Executive Producer of MPC VR and MPC Creative to get his take on why VR matters to studios, advertisers and storytellers alike.

What is MPC VR?

We’re an immersive and experiential studio focused on exploring all types of VR, AR and real world experiences. Does that sound simple? I hope so!

What kind of work are you guys doing?

We have full VR production happening for real-time, rendered and all the hybrid versions in between.

So what kind of clients do you work for?

We are working with clients for film, advertising and original content. We’re a team made up of creatives and technologists spread across our offices in New York, Los Angeles and London. 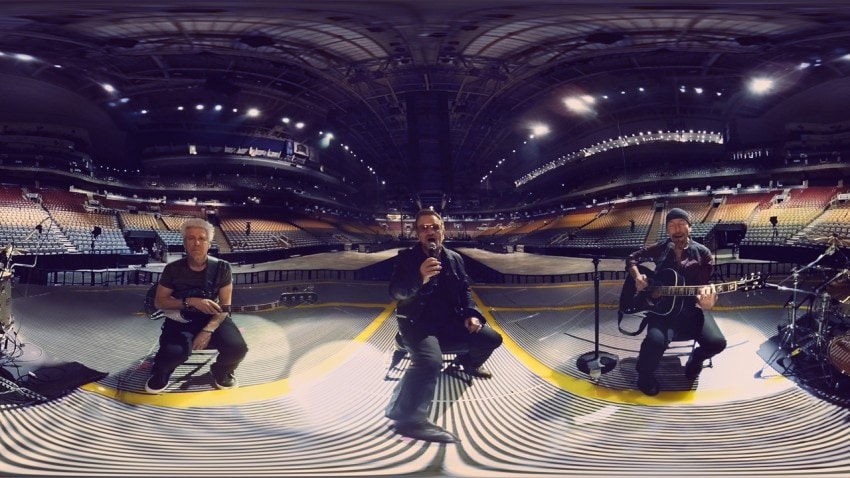 MPC VR Teamed Up with VRSE.works for Chris Milk’s Interpretation of U2’s ‘Song for Someone’

What most excites you about VR?

Presence. I know everyone working in VR says that right now, but it’s true. The magical feeling of being transported into a new place is powerful. That comes from feeling connected to the environment.

You guys are part of a leading-edge cadre of VFX shops pioneering high-end VR. You can be honest: Is it scary?

We are really excited to be part of the growing VR production community and seeing people try VR for the first time. You can see the moment when people just ‘get it.’

That said, we’re not purists about the type of VR production. We’re keeping an open mind and working with all types of methodologies.

In the advertising space, right now it seems like most VR experiences are planned around events, which makes sense given that the technology isn’t widespread. How — and when — do you see that changing in the future? 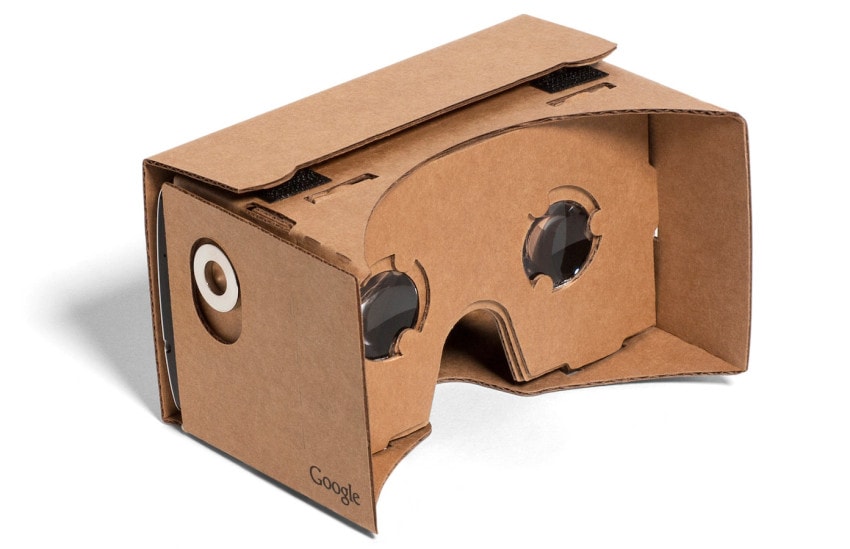 Take the 1 million Google Cardboard sets recently sent out to NY Times subscribers, for example. That was a great advert for what VR could be — to be taken seriously as journalism and not a wacky Lawnmower Man sci-fi reference.

Alongside cardboard and 360 video, I think the audience experiencing VR at events make sense right now. It’s actually great to bring an audience into an environment and showcase VR at its best.

Oculus are doing a great job of this at their events, showing Oculus Story Studio content such as Henry and Lost.

How do you scale VR to large audiences?

Some of the projects we’re working on need a large audience and that means 360 video (shows on Facebook or YouTube) alongside real-time experiences.

The tool sets are evolving all the time and we’re already seeing some possibilities for movement and parallax inside shot footage. Developers such as Nozon, Otoy and Lytro are pushing into new areas of capture.

Congrats on the VES nomination for your work on the Goosebumps VR project. How did you guys create it?

As MPC Film, we were working on the feature’s vfx for the theatrical release. That then evolved into lifting a scene from the film and translating it for VR.

We re-shot it with Jack Black to create a scene where his character (R.L Stine, the author of the Goosebumps books) is being chased in his car by a huge praying mantis. As the viewer, you ride alongside in the passenger seat and get up close and personal.

Movie tie-ins seem like a great opportunity to show off VR. 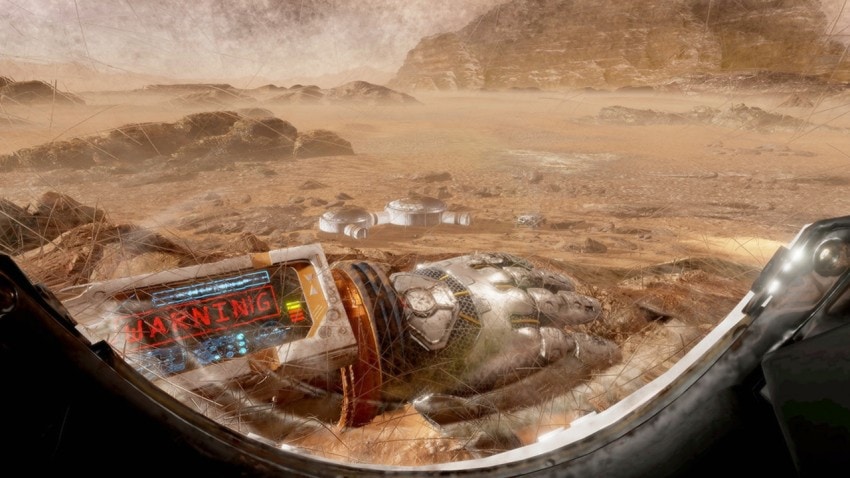 Still from The Martian VR Experience

The project is an interactive VR experience that runs 15-20 minutes, with viewers participating from astronaut Mark Watney’s perspective, performing tasks that will facilitate his chances for survival and rescue.

What are the biggest recurring VR challenges that you see and how is MPC planning on tackling them?

Firstly, I’d say the question of audience is a challenge. Nobody knows how many headsets will be bought in 2016. For now, it’s early adopters and a growing community.

It’s clear that gaming will drive the market in the next few months and open up the gateway for other experiences. That said, film studios are getting involved much earlier than you’d think. There’s some really exciting entertainment projects under way by well-known creative talent.

It’s clear that gaming will drive the market in the next few months and open up the gateway for other experiences.

That said, film studios are getting involved much earlier than you’d think.

Mark Zuckerberg has predicted that VR is “the next major computing and communication platform.” I think that sums it up nicely. If done right, this will represent a shift forward from handheld devices to wearable/vision-based systems. Magic Leap are very aware of this shift and have some really interesting research happening.

What about the production side of things?

There are so many aspects to immersive production that building the pipeline to manage this work is no small task. We’re taking on that challenge now, as we’d rather see the time and budgets spent on the actual creative work than on fixing problems in the technology.

We’re building the backbone now so we can create the best possible quality work.

MPC distinguishes between rendered and real-time VR experiences. I feel like in the advertising industry, there’s some confusion over that distinction, though. Do you agree? Do you think it matters?

We totally recognize the difference. With the Facebook and YouTube platform launches, 360 video is going to be everywhere for the next year for sure.

And we’re involved in making those premium experiences. We’re working with camera and software companies to make sure everything that is shot can hold up to the end use — not everything looks good when stretched and warped into the format needed. It actually takes more care and attention to get a 360 video piece to look great than a regular 16:9 cut. We’ve learned the right way to do things.

Do clients understand that?

We’re spending time speaking with our clients and partners about all the do’s and don’ts — and those are changing each month as we eliminate some problems and encounter new ones.

It actually takes more care and attention to get a 360 video piece to look great than a regular 16:9 cut.

It’s exciting and also sometimes daunting. But I’d say this is where being a company of some size really helps with the heavy lifting.

As a subsidiary of Technicolor, I’m guessing MPC VR will benefit from Technicolor’s massive R&D efforts and proprietary technologies. How will you guys work together?

Yes, that’s true. Technicolor is 100 years old this year, and their connection to film runs deep.The team at Technicolor is very aware of what it means to embrace and develop new technologies.

Where we really cross over with our Technicolor group is the pipeline and technology. VR is not a lightweight production right now, especially in these early days, but we’re making it easier through tools and processes.

VR standards are emerging, and with the resources that Technicolor’s R&I team bring, paired with our established expertise, we are excited to be in a unique position to continue to enable premium VR experiences.

I’m coming up to three years with MPC in New York. As an Executive Producer focused on experiential and interactive production, we’ve been creating installations and hybrid film work.

It’s been a great run. Last year, we worked directly with Ralph Lauren and created a projection mapped water-screen event in Central Park for their official New York fashion show.  Prior to that, we completed large-scale outdoor screen projects for Samsung and exhibition installations for Google/Rubik’s Cube. That’s just a few highlights.

As well as our MPC VR division, I’m an EP for our creatively-led division, aptly called “MPC Creative,” which is hugely exciting, as it directly overlaps with our immersive production.

We have a team of directors and creatives who are developing original content ideas, and we’re putting those to the test. We have R&D underway to answer some of the big creative challenges and then design and build tools to answer these questions. It’s a self-fulfilling cycle.

How has your background prepared you for heading up the VR team?

It’s a natural evolution, really. It’s all the same ingredients: a mix of technology, creative approach and an eye for detail. Those things are the same for all immersive and experiential projects.  As soon as I saw the potential in VR and what it can be, I haven’t looked back.

Also, having one of the world’s largest, smartest and most creative visual effects teams standing behind our VR division is, you know, pretty exciting.