Keiichi Matsuda’s most recent film, “Hyper-Reality,” is a visually striking and conceptually mind-boggling project that gained significant attention after its release earlier this year.

The Kickstarter-backed project combines live-action footage with motion-tracked visual elements “to present a provocative and kaleidoscopic new vision of the future, where physical and virtual realities have merged, and the city is saturated in media,” according the the video description. 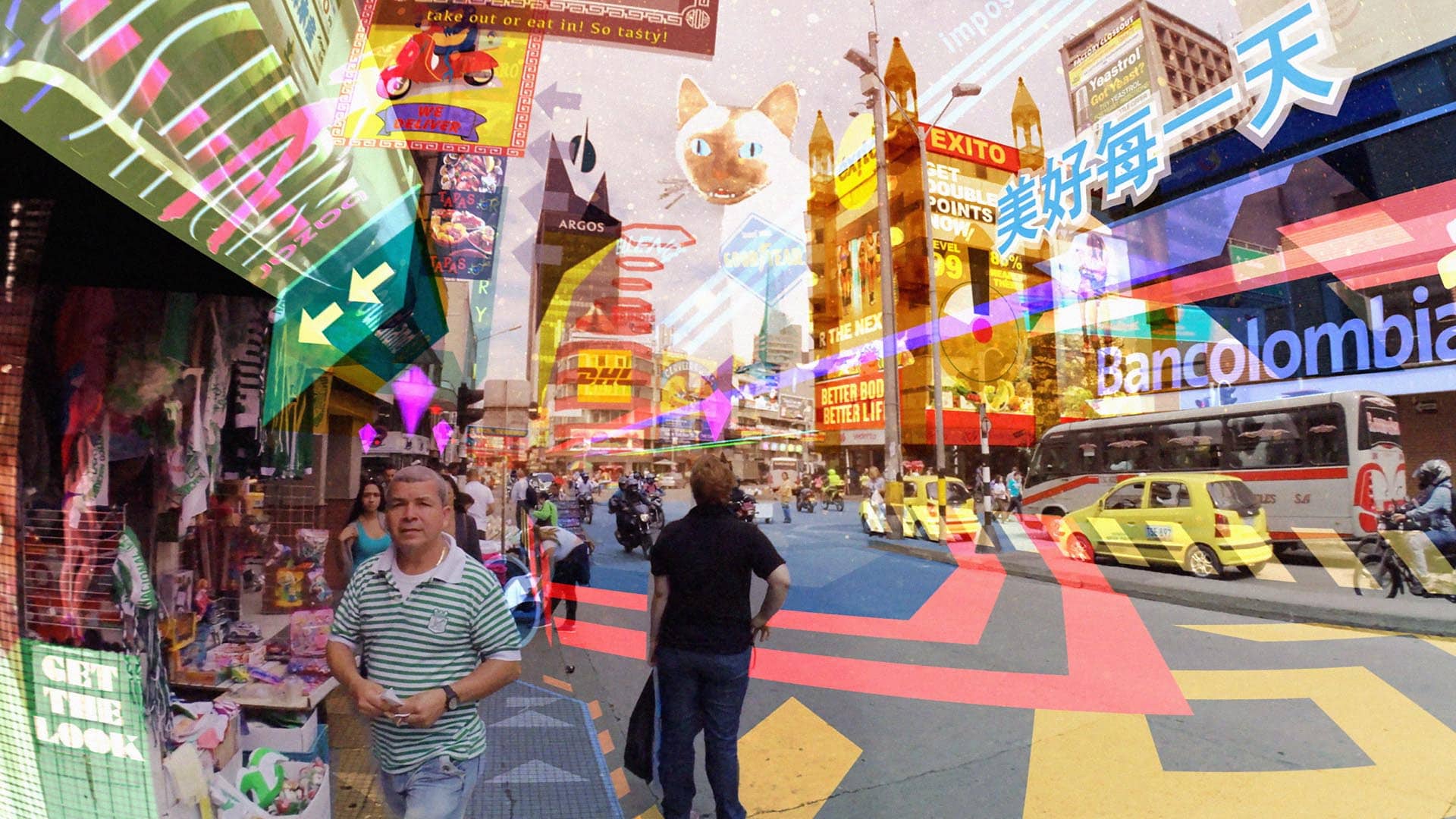 The attention it earned was well deserved, as “Hyper-Reality” pushes boundaries stylistically and technologically, presenting a vision that is singular to Matsuda’s work. While the film appears to be rooted in science fiction, it plays more like a Periscope live stream than a traditional narrative piece.

Upon viewing the film, I became obsessed. I watched it over and over, pausing on frames to study all the little details and their implications. I showed it to everybody I knew, trying to spark deep conversations about the future and prodding them to agree with me that this was one of the most believable vision of the future ever put to record.

But even after these conversations, I still had questions. So I reached out to Keiichi about his intentions and process, and here is what he had to say.

How long have you been making films?

Around seven years, but I don’t really consider myself to be a filmmaker in the traditional sense. I work a lot with interactive media and architectural design, too; video is just a great way to communicate ideas.

Which part of the process do you enjoy most? Pre-production, production, or post?

They are all great in different ways. But I suppose post-production is the most important part of my process. We also do a lot of design work in this stage, introducing new ideas and tweaking existing ones.

Is it accurate to call “Hyper-Reality” science fiction? How would you classify the film?

At its best, science fiction speculates and tests alternative futures; it can be a tool to interrogate our cultural biases.

Classification is not an important part of filmmaking for me, but sure, why not?

At its best, science fiction speculates and tests alternative futures; it can be a tool to interrogate our cultural biases, to make us step outside of our subjective bubble and see the world from a different point of view. I love science fiction done right, and I’d be very proud to continue that tradition.

It seems as though there has been some backlash. Some people seem angered by your vision of the future, calling it pessimistic. Are you surprised by that?

The film is designed as a provocation, so if it has provoked something, then I’m happy.

One of my favorite things about making these films is reading (sometimes heated) discussions about the ideas in the film. I’ve tried to make things believable, something to weigh against the techno-utopian future visions of Microsoft, Samsung, etc.

Can you talk about the process of designing the AR interface, in terms of both content and visuals?

I have a rough understanding of the design, logic and layout before we shoot, but most of the real design work happens in post. We obviously have to match things to the actors’ hands (reverse-engineering the game at the beginning, for example). 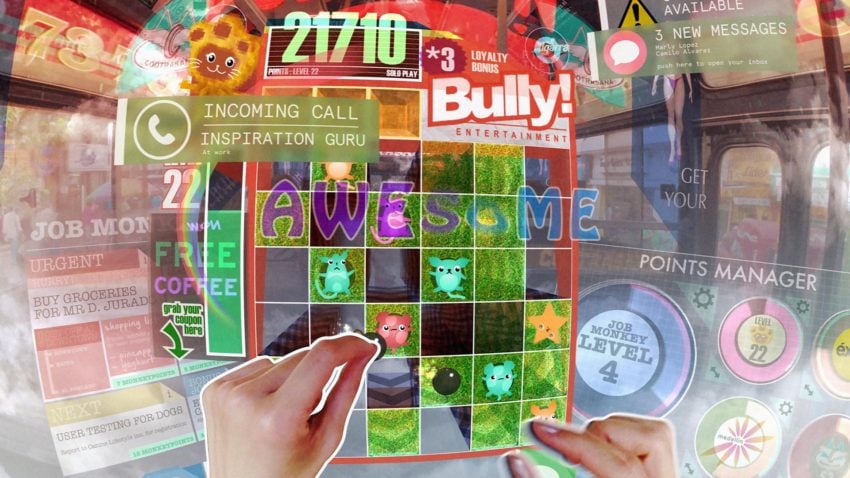 I probably spent a bit too much time making all the interfaces consistent. Most people probably won’t notice the difference, but the UI is adapted from some of my studio’s work developing VR for a private client.

Can you describe the timeline and teams for post-production?

The vast majority of the post work was done by me and one other guy who did all of the roto. We really underestimated how long it would take to deal with those environments with so many people, so much camera movement, and the density of information.

In the end, we spent over two years in post, but the next one will be much quicker with a proper team! 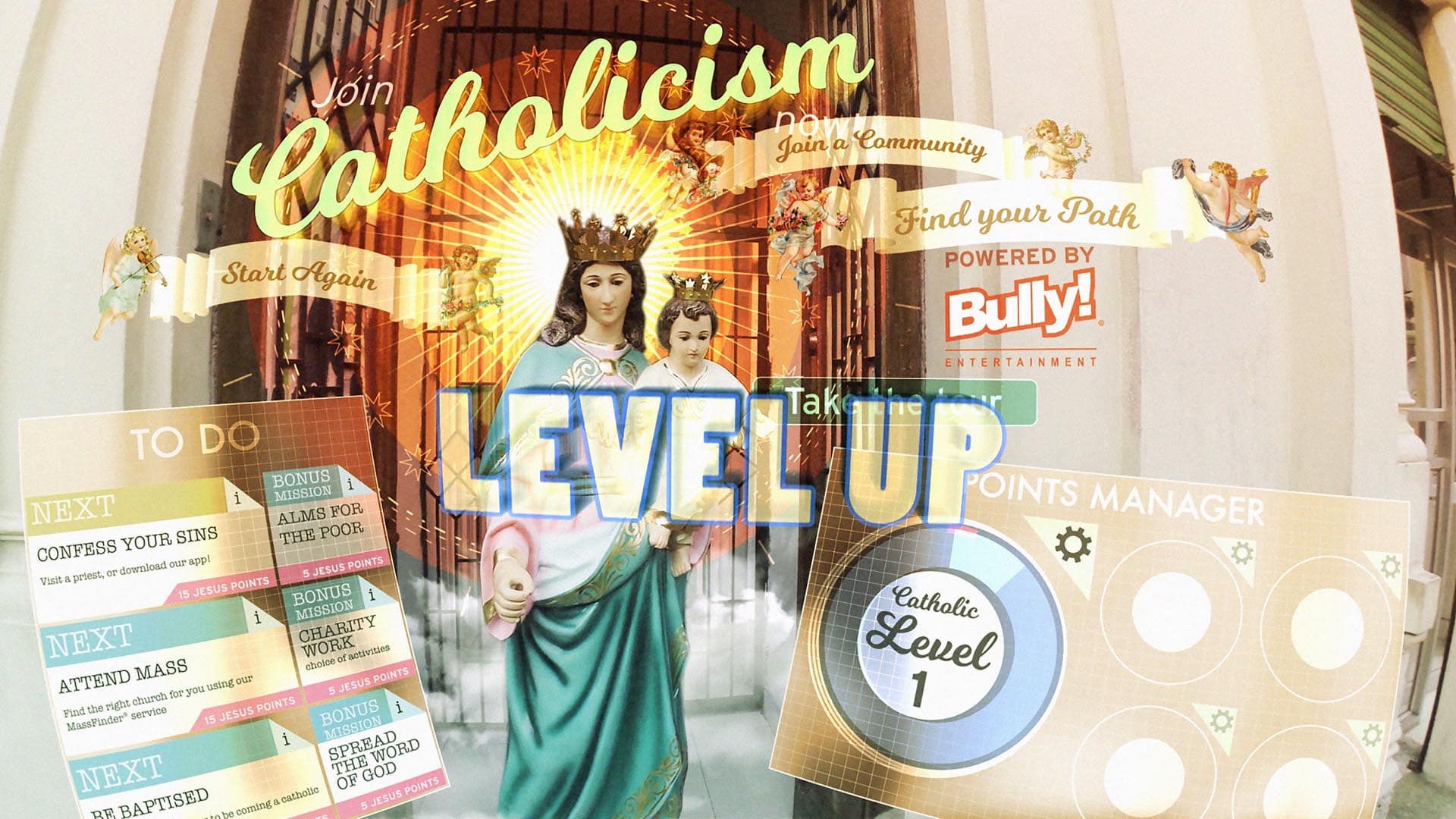 What software, tools, plugins were used for editing, tracking and graphics?

After Effects, Mocha, PFTrack, Cinema 4D. The film is actually pretty simple in terms of the techniques used.

What was the biggest challenge of making “Hyper-Reality”?

Match-moving was tough, with a lot of movement and action in the shots, and the super distorted wide-angle from the GoPro. We originally wanted to make the film in 3D, but we just couldn’t make it work.

What is your favorite part of the film?

I like the first scene, where you move from the game to the conversation to the existential Googling to the bus to the street. It’s like 5 or 6 separate scenes all in one shot, and it moves quickly.

What’s next for you?

Some VR stuff, more interaction design consultancy, but mainly we’re preparing for another “Hyper-Reality” film! It’s early stages (talking to sponsors, etc.), but I’m hoping to move quickly and release in early 2017. I’m still looking for brands to partner with, so please get in touch if you’d like to get involved!