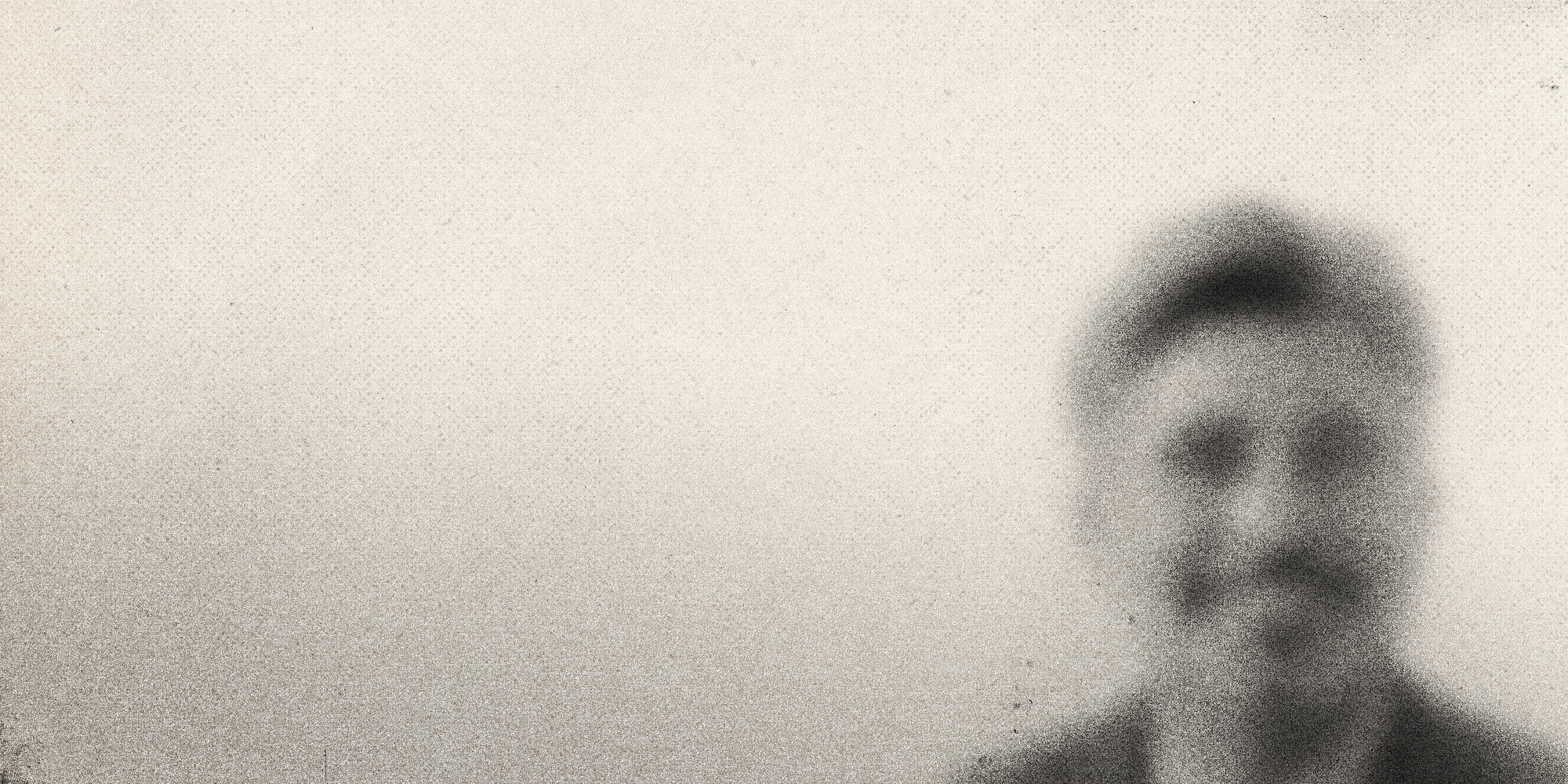 Before I got a chance to meet with the Mystery Man of Motionographer, I always figured that Carlos El Asmar was either:

A) A fictional character made up by somebody, most likely Justin Cone, for obviously evil reasons; or, B) An awesome pseudonym employed by someone even more evil and secretive than Justin Cone, a mysterious puppet master invisibly running the Motion Industrial Complex.

As it happens, I was sort of right about both.

Carlos El Asmar is definitely a character in a story. The main character in a picaresque tale of fast computers, tear-jerking romance, and terrible villainy, splashed out on an international stage from Venezuela to New York City and featuring an intriguing, sometimes outlandish hero with a charmed life and a penchant for mischief.

But without a doubt, Carlos is also some version of B) too, since he surely is a powerful man in the industry who feels more comfortable funding Motionographer invisibly, shaping the site and the motion graphics community anonymously. In fact, when Carlos decided to invest in the blog, he did it only on the condition that he be a silent investor; when he organized the F5 festival, he insisted that he never be on stage or even be introduced to the guest speakers.

So what’s he hiding?

After talking with Carlos for about two minutes I realized that he is definitely not evil, though he does have a wicked sense of humor. And despite his Mystery Man status, he is actually an incredibly open person. Way open, even. The kind of open person who tells you intimate details of their life like you have been their friend for years, when in fact you’ve only been chatting for a few minutes.

I believe that Carlos has stayed in the background not because he is secretive or shy or shady, but because he is a genuinely humble person. He is also a man of strong personal ethics, and doesn’t want to be self-serving or use Motionographer as a vehicle for his own promotion. He  doesn’t even have a Facebook account.

And just in case you’re wondering — I contacted him about this article, not vice versa. I’m the self-serving one here.

“My two favorite things about America are closed captioning and DayQuil.”

Like many of us, Carlos started off life as a nerd. An indoor kid, obsessed with computers, in love with 3D graphics. Only — unlike many of us — this was in the mid-1980s, in Venezuela. None of the other kids played with computers. He was such an anomaly that his mother used to yell at him to be more like his brother, a troubled teen in a rock band.

Nonetheless, Carlos kept at his obsession. When he was 15, he heard that you could model a sphere to be 100% mirrored, and the computer would calculate the reflections of objects around it. For young Carlos this was a huge call to action. He knew he had to try this for himself, no matter how much code it required.

But every time he rendered out his own mirrored sphere, on his own Amiga, no matter how many times he checked all of the settings, hunted for bugs and rewrote the code, the frame would turn out all black. No reflections. And it took eight hours every time he needed to render out one TIFF.

After days of this agonizing process, he finally got it. Turns out the sphere was working perfectly, and the reflections were working perfectly. Perfectly reflecting the black void around the mirrored sphere, where he had placed it.

This was the big moment for Carlos, where the clouds parted and the rays of light shone down on his head. In our interview, he referred to this moment a few times as being when his “thought process began.” He had accidentally learned the number one lesson of producing, and something that he would keep in mind for the rest of his life: finding the solution is more important than making the perfect mirrored sphere.

“I learned that it’s not about creating the best piece, or the best design -- it’s about problem solving.”

From this eureka moment on, Carlos quickly conquered the nascent 3D market in Venezuela and started making inroads toward his future home in the US. But he never forgot this lesson.

Along the way he played with even bigger, more badass computers, made the first fully 3D TV spot in Latin America, and was compared to a narcotic smuggler by his own father – jokingly – because he was flown back and forth so often between Caracas and Miami by the main distributor of Amiga computers to do product demos for clients. Three times a week, sometimes.

During this period of intense travel, Carlos came to New York City for the first time and fell in love with it. On some level he had never felt completely comfortable in Venezuela, and in Latin America in general. He felt like an outsider there, in part because he was raised in a traditional Arabic home, and also because of his nascent sexuality. Even though he hadn’t yet completely figured out that he was gay, he knew that the traditional macho culture was not his preference. He didn’t fit in.

Even though it took many years and a failed business partnership, Carlos eventually left his childhood sphere of Venezuela for good and crossed into the unknown world of New York City. There he met a wise mentor in Lee Hunt, who he worked for both at Lee Hunt Associates and at Razorfish for a good chunk of the 1990s.

“New York is my second husband and I could never divorce New York.”

New York in the 90s was a good time for Carlos. He made money. The electronic music scene was going crazy, good ecstasy was still available, and Giuliani hadn’t yet put an end to it all.

But then everything changed for Carlos and New York in 2001. In a horrible peak of bad timing, he and his boyfriend of six years split up a few short months after 9/11. It was the worst point in his life and a generally sucky time for pretty much everyone around him.

He eventually crawled out of the depths by taking six months off and relocating to Montreal where he learned to code websites with the rest of the time. And eventually, he found true love.

“I’ve had it - I don’t wanna do motion graphics any more. No design. No After Effects. Fuck. This. Shit.”

After a while New York beckoned and Carlos returned, but found the city still struggling financially and otherwise. Many successful studios had gone out of business, and others were hanging on for dear life. Nobody was hiring. Things were bad.

But in true Carlos El Asmar style, something magical and unexpected manifested to change his life. Deciding to abandon motion graphics and design altogether, he applied for a job as a promo producer at ABC News and wound up getting hired as the Senior Art Director instead. He held this position for five years, riding out the worst of crash and turning around his life.

He had realized yet again that the sphere was mirrored, even when the surroundings were black.

“I believe a lot in people. When we get together to collaborate, we can do great things.”

While at ABC, Carlos was a big fan of Tween — the seminal, unfortunately-named precursor to Motionographer. When editor Justin Cone posted one day about not being able to afford the newest Stash DVD, Carlos sent it to him anonymously as a thank you for maintaining such a good service to the community.

Luckily for the world, Justin figured out who sent the gift and the two became friends. Carlos ultimately left ABC and was hired as the Executive Creative Director for NBC/Universal, and Tween grew up to become Motionographer. Eventually Carlos decided to invest in the site so they could take it to the next level, and has stayed involved behind the scenes along the way.

“Justin and I have been working together for nine years now and only once have we had an argument. It’s the best work relationship I’ve ever had. I call him my work husband.”

At lot has happened since the anonymous gift of those Stash DVDs. For one, nobody uses DVDs any more. And even more importantly to you, dear reader — if you made it this far — is that Motionographer has grown exponentially since then, and only has plans to expand more.

Likewise, Carlos’s involvement has also grown as well as his visibility. Last year he allowed his assistant to write up a little bio of him for Motionographer’s About page. More recently he set up a LinkedIn account, but then freaked out about it and never looked at it again.