Editor’s Note: Making work for yourself can be a very tricky thing. You can start with the best of intentions but, as it usually does, life and business always find a way of interfering. At times, this can bring production to a halt, while at others it can change the scope of the project so that it’s almost unrecognizable to the original idea. In our commercially driven world, the concept of authorship is a big one. And for all the logistical, emotional, and financial setbacks, this type of work and ownership is important. It’s something we all need to hold onto and nurture. Growth comes in many shapes and sizes. It doesn’t just take the form of dollar signs.

In this Motionographer Exclusive, we hear from Dan Covert and Andre Andreev of the ever evolving Dress Code on their interpretation of authorship and all the ups and downs they experienced while producing their recent short “Coke Habit.”

Be sure to head over to Vimeo to check out their Staff Pick Premiere article on this great film!

This business isn’t rocket science—we aim to do the best work possible for the agencies and brands who hire us. That way we are all stoked with the end product and then hopefully they hire us again. Lather, rinse, repeat. It’s how we keep the lights on and the squad paid.

But we didn’t go to art school so we could solely work on other people’s stuff. We have ideas too! Our education at CCA instilled in us the importance of authorship through a rigorous undergraduate thesis course. Shortly after graduating, we started Dress Code with the idea of balancing our time between making things for clients and for ourselves. With clients the stakes are high and, understandably, there are moments of creative compromise. So whenever possible we try not to compromise on projects that are solely ours. We’ve never made much, if any, money on this work but not everything is about stacking chips. 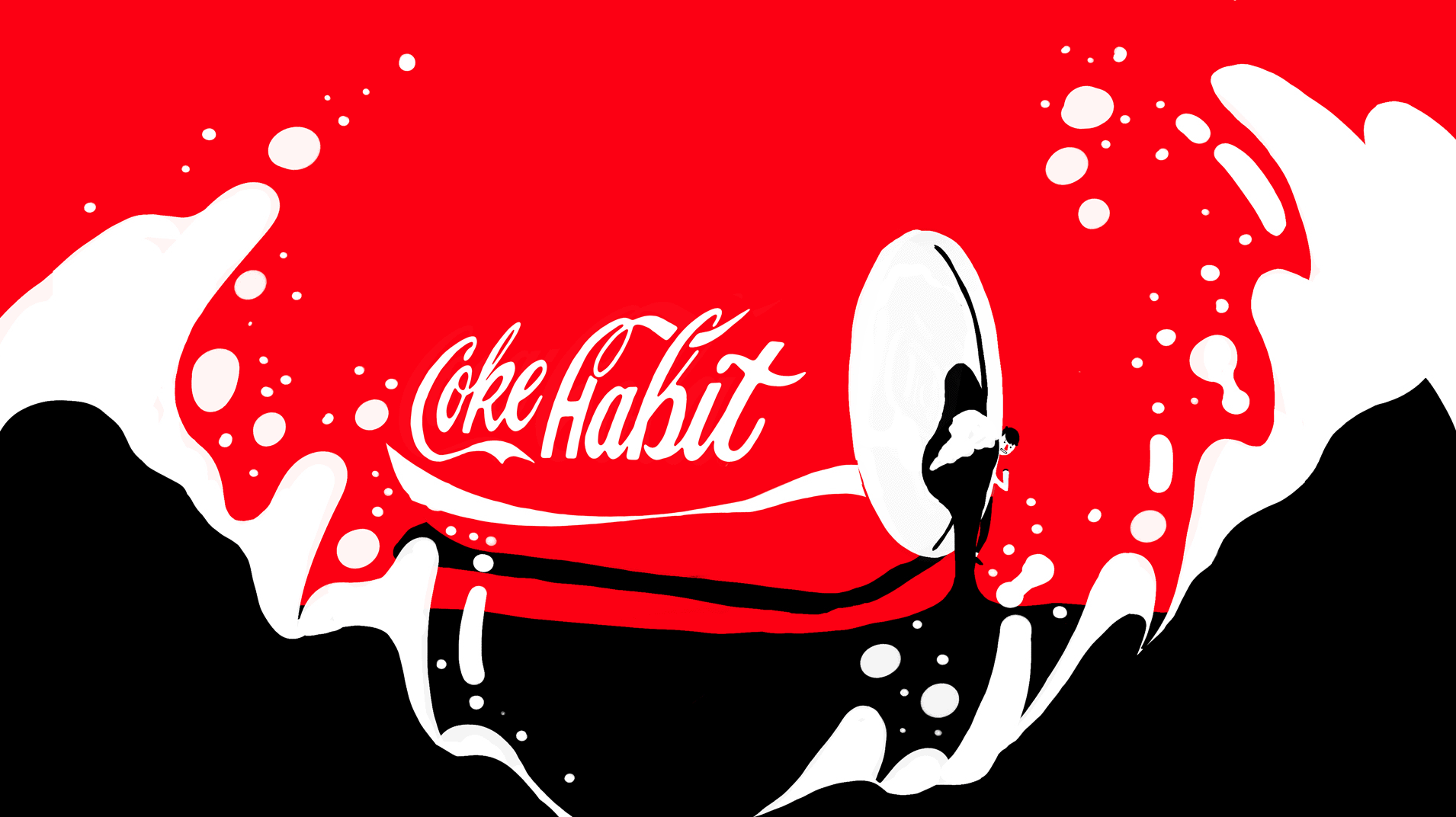 Our first foray into creating our own content was writing and publishing a book called Never Sleep (2008). In conjunction with the book, we ended up giving a lecture tour around the world in our mid twenties. We got to peek behind the curtain at the design star “lifestyle” we had aspired to in school — lecturing to thousands of people and dining next to the legends we’d studied. It was incredibly fun but ultimately not very rewarding and we decided that the graphic design world wasn’t for us. We needed a new challenge. Without writing our book, we never would have gained this perspective so early in our careers; perspective that helped us rethink what made us happy and gradually pushed us to shift Dress Code from a design company into a production company.

We fell in love with documentaries because of the realism of their stories (watch Tabloid … you can’t make that shit up) and because making docs seemed simple; you buy a camera and you follow people who do interesting stuff… Right?! But making a compelling doc is something different. Our first foray, Across the Field (2008), was submitted to 37 film festivals and didn’t get into any of them. Our dreams of Tarantino Sundance stardom were shattered, but eventually our little film caught the attention of an amazing writer and editor who took a chance and hired us to make a few profile documentaries about design legends for AIGA. Since then we’ve made over fifty of these design films—this was our film school, our 10,000 hours. 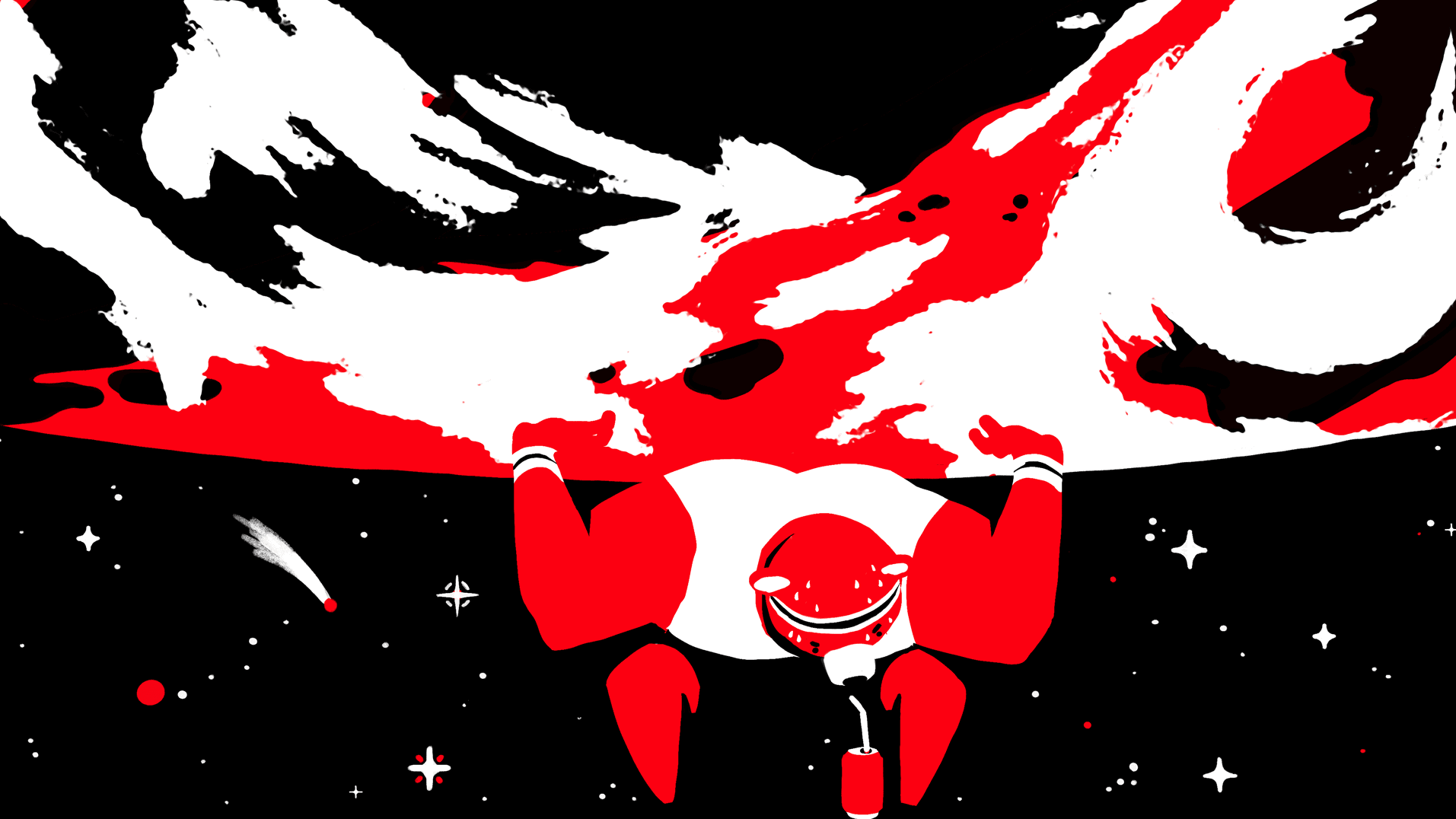 One of those design films, Font Men, was about two legendary type designers — Jonathan Hoefler and Tobias Frere-Jones. It combined live action and animation to explain their process of designing typefaces. The film was a hit — it did well in festivals and generated buzz online! For the first time we got validation that what we were doing in the doc world was credible and it set us off in a new creative direction.

To keep our sanity and flex our creativity, we continued each year to make a few shorts about subjects that caught our eye like; Ruben’s Elevator, All for a Few Good Waves, The Art of the Black Panthers, The Long Way, Flame, and Farrah GFE. Prior to Font Men, we were reticent to mix motion graphics and live action storytelling. And by necessity our shorts have been driven by live action. Animation was used sparingly and solely as an explanatory element so we could keep production costs down. But our latest short deserved something a bit different… 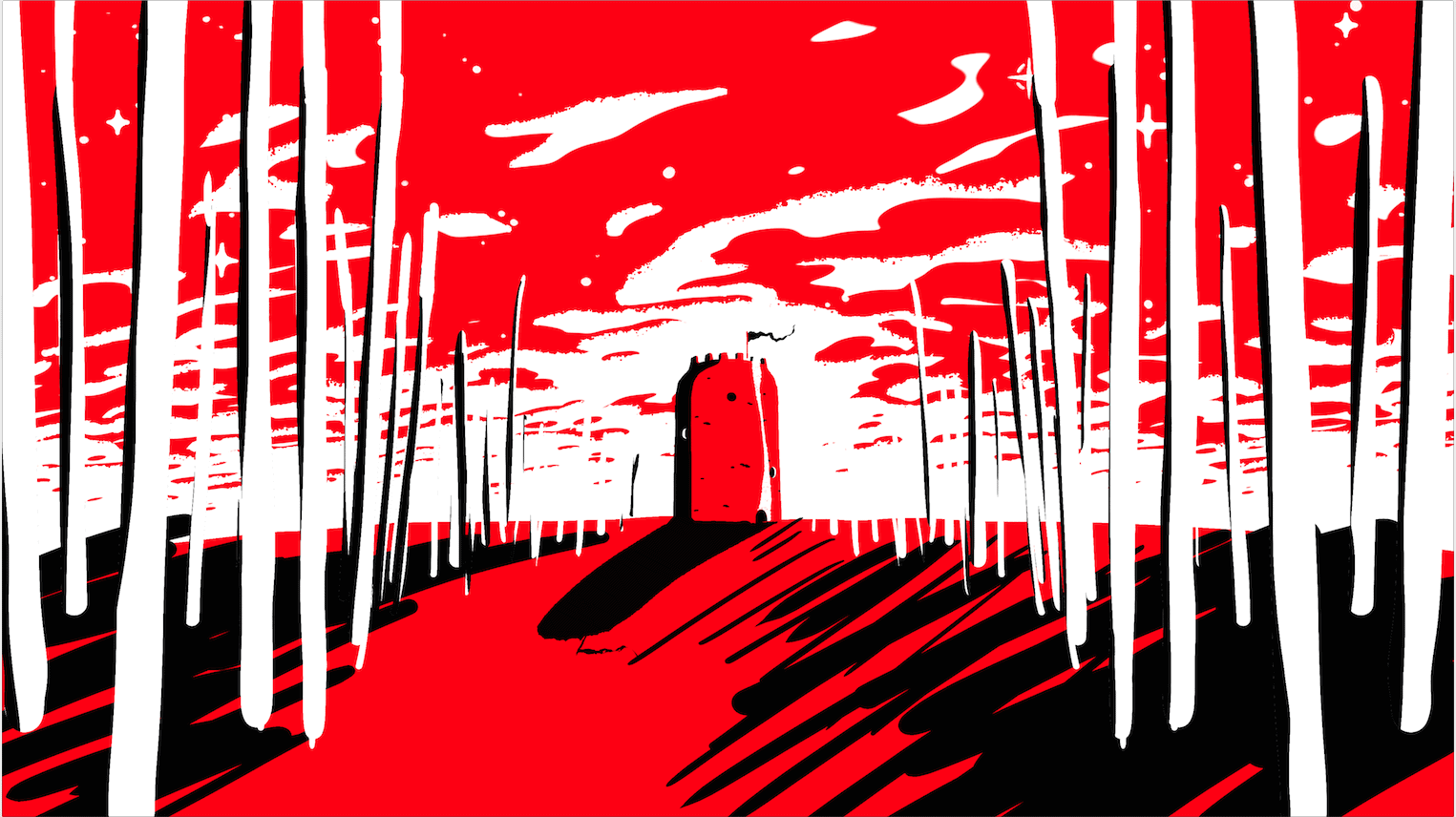 We had been talking about doing a fully animated short doc for years, but could never decide on a story that seemed worth the effort and daunting costs. The seed for Coke Habit started with an off-the-cuff story our editor Mike told us about on set: in the 10th grade, he got so into to drinking Coca-Cola that he ended up in a neurologist’s office. The story was so unique and specific that we felt it could only be told through animation.

The process began by interviewing Mike like we would any documentary subject, trying to craft a compelling narrative with the audio. We had barely started sketching loose visual ideas when a super heated internal debate broke out (there may have been raised voices): Was this story compelling enough to justify the time and tens of thousands of dollars it would take to complete? Our editorial team knew stories develop drastically from the first cut to picture lock, but our design and animation team didn’t have faith. Ultimately, as creative directors, we decided that years may pass before we found the “perfect” story, so we should keep pushing forward to try and finish what we’d started, even if part of the team disagreed. 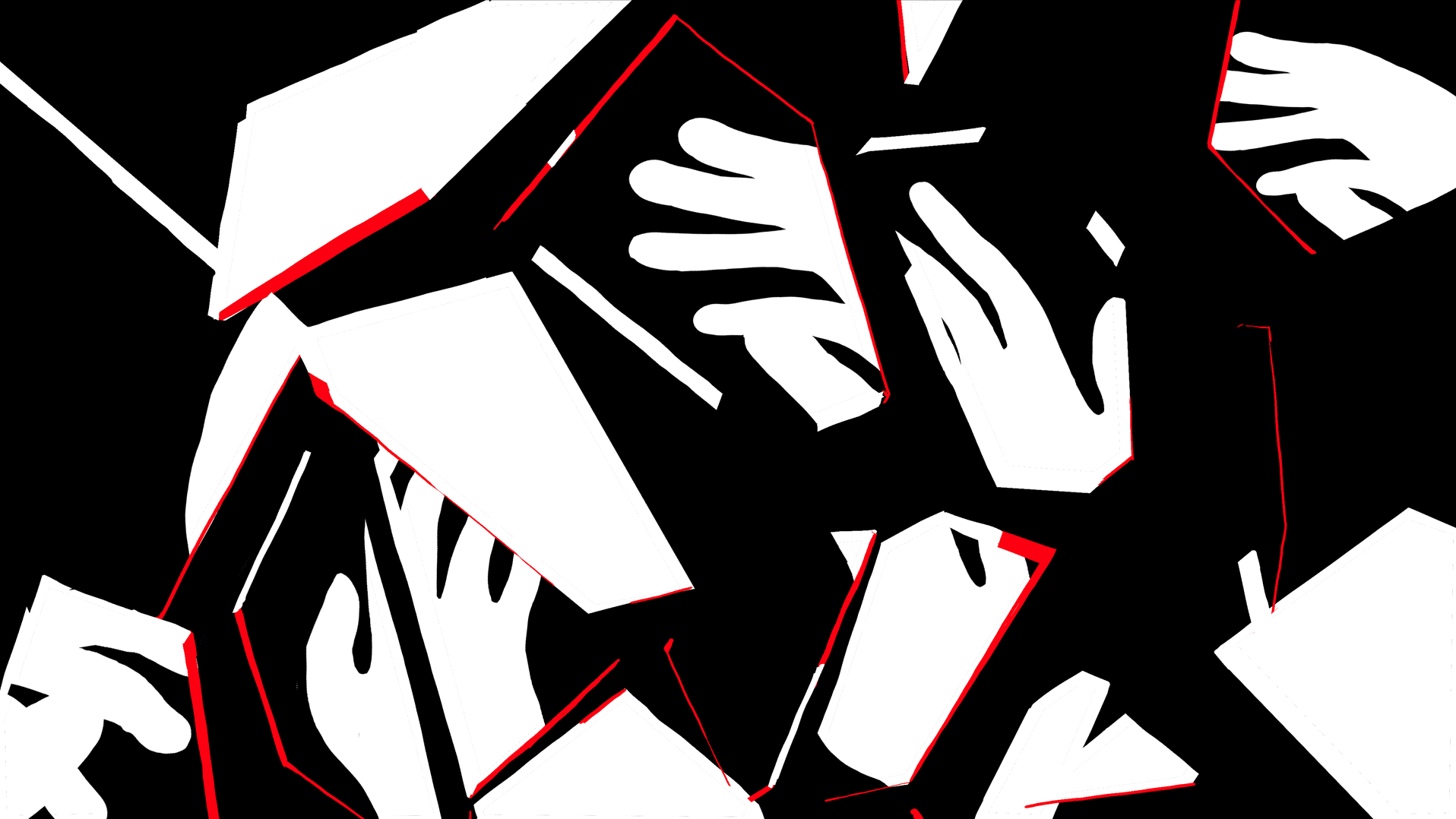 As we progressed, we kept hitting the same wall. If this wasn’t an internal job, we would’ve had to press on and try to rescue the piece with dope animation; instead we had time to deliberate and revisit every few weeks. Things took on a new life when Marcin Zeglinski joined the company and took over the lead of the project with fresh eyes. He pointed out that what we’d been visualizing was too literal to the voiceover. Under Marcin’s lead, the project took on a new life in a surreal language of illustration, pushing things metaphorically to create a world that could properly visualize the struggle inherent in Mike’s habit.

Right around then, our talented lead animator Josh Parker, who we’d planned on helming all the cel animation, went freelance. His replacement Vincenzo Lodigiani is a wizard with animation, but was newer to the cel game, so we had to go back to rethink our approach. Rather than spending a hundred grand, we didn’t have on two or three freelance cel animators to create pixel perfect animation, we used it as a challenge to rethink the character style. Limits like this can often yield unexpected and solid results; this time was no different. By necessity, the final animation language is much looser than where we started, but this accentuates the rawness and struggle of Mike’s story.

But it was still a ton of work that took us two two and a half years to finish. We couldn’t be more proud of the finished piece and our team, present, and past, who sweat so hard to bring it to life. We don’t know what’s going to come of it, or if it will lead to any commercial work, but that’s the risk you take when making no compromises.