Vincent Tsui’s latest short film “Opal Waltz” takes the form of an inflatable portrait of adolescence. This film is a refreshing example of restraint, excellent color, and great storytelling. What’s more, this piece was produced independently on top of the demands of working at a place like Buck. With only so many hours in the day, that is no easy feat!

While Vincent is by no means the first person to create a short film while working at a top shop, this film is an achievement on many levels and deserves celebration. Maintaining a personal practice is hard work. With this difficulty, one can only assume that it’s a major contributor to the burnout many of us face.

At 26 with two short films under his belt, I’d wager that if we could all have Vincent’s discipline and foresight to make time for what matters most, our own work, we and the industry as a whole would be that much better off.

First, congratulations on the new film. What an achievement! Can you tell us a bit about how the project came about?

Thank you! Very happy to share more information about the film with you guys.

First off, I’d like to clarify something. The musical band called Supernaive that I worked with was formerly known as Joy!. They’re actually the same guys who scored my previous short film Made in China. They just changed their name as they’re releasing their first very official music project (Dazed & Confused) and Joy! was not the best choice for search engine optimization!

Anyway, they are friends of mine I’ve known from art school for several years and I think are extremely talented. I’ve been using and working with their music for some time now because their style plays along animation very well, in my opinion. (examples? Réanimation with STZ, for the opener and closer)

Beginning of last year they reached out hoping to work together on a music video. Compensation wise, they weren’t sure if they could do much, so I suggested this to be more of a collaboration, which basically meant I could preserve my creative freedom on the film.
They are friends so there was a mutual trust. It’s not something I would have done with a total stranger obviously!

From then on, I took this as a personal project. 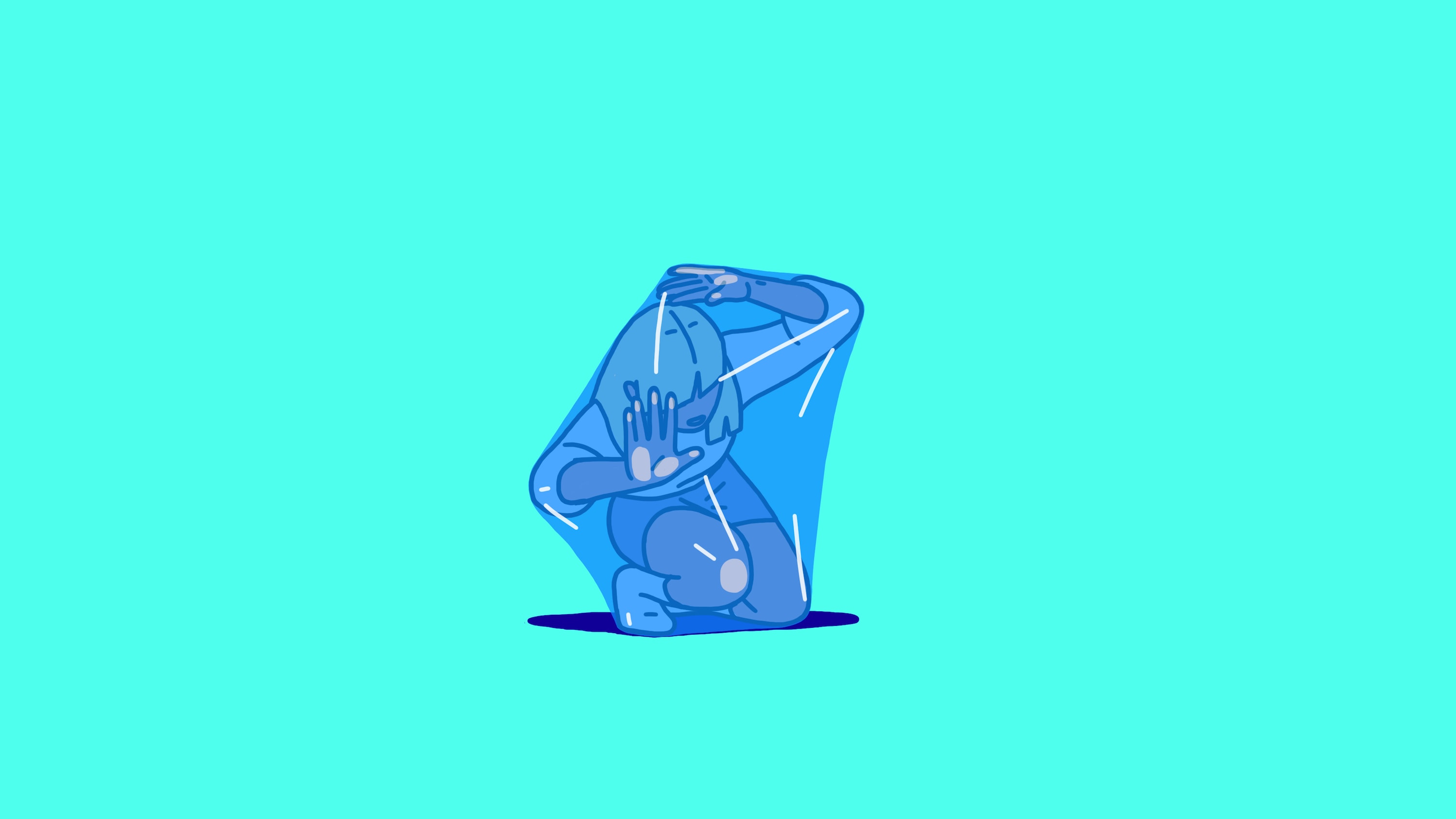 Can you tell us about the concept behind “Opal Waltz”?

The guys from Supernaive wanted to call their EP Dazed & Confused and were very inspired by an illustration by Katsuhiro Otomo, showing a young girl with bubble gum. I was totally on board with the direction they were taking so I decided to go along with it.

I then came up with a simple concept: using balloons to illustrate various emotions we experience during our teenage years.

I grew an endless fascination for balloons! They are so malleable, you can make them do pretty much anything you want!

Symbolically, balloons are associated with the idea of youth and celebration. But on the other hand, who isn’t freaked out when a balloon explodes? That dramatic contrast is very intriguing in my opinion. Take the over-inflation of a balloon, for example, if you try to test its limits, you can easily create a moment of extreme tension. The anticipation of the blow-up is the most uncomfortable feeling, but also the most exciting one! This moment, I thought, was the best analogy for adolescence.

On another level, I also liked the sexual connotation inflatable objects have. Through inflation, they become big shiny swollen objects that you can squeeze and bounce on. Think of sex dolls and sex toys. It just made sense because sexual discovery is such a significant part of adolescence too.

I also really enjoyed playing with the idea of oppression. The way balloons are shaped by the absence or the presence of air allowed me to show how overwhelming and suffocating the transition to adulthood can be. 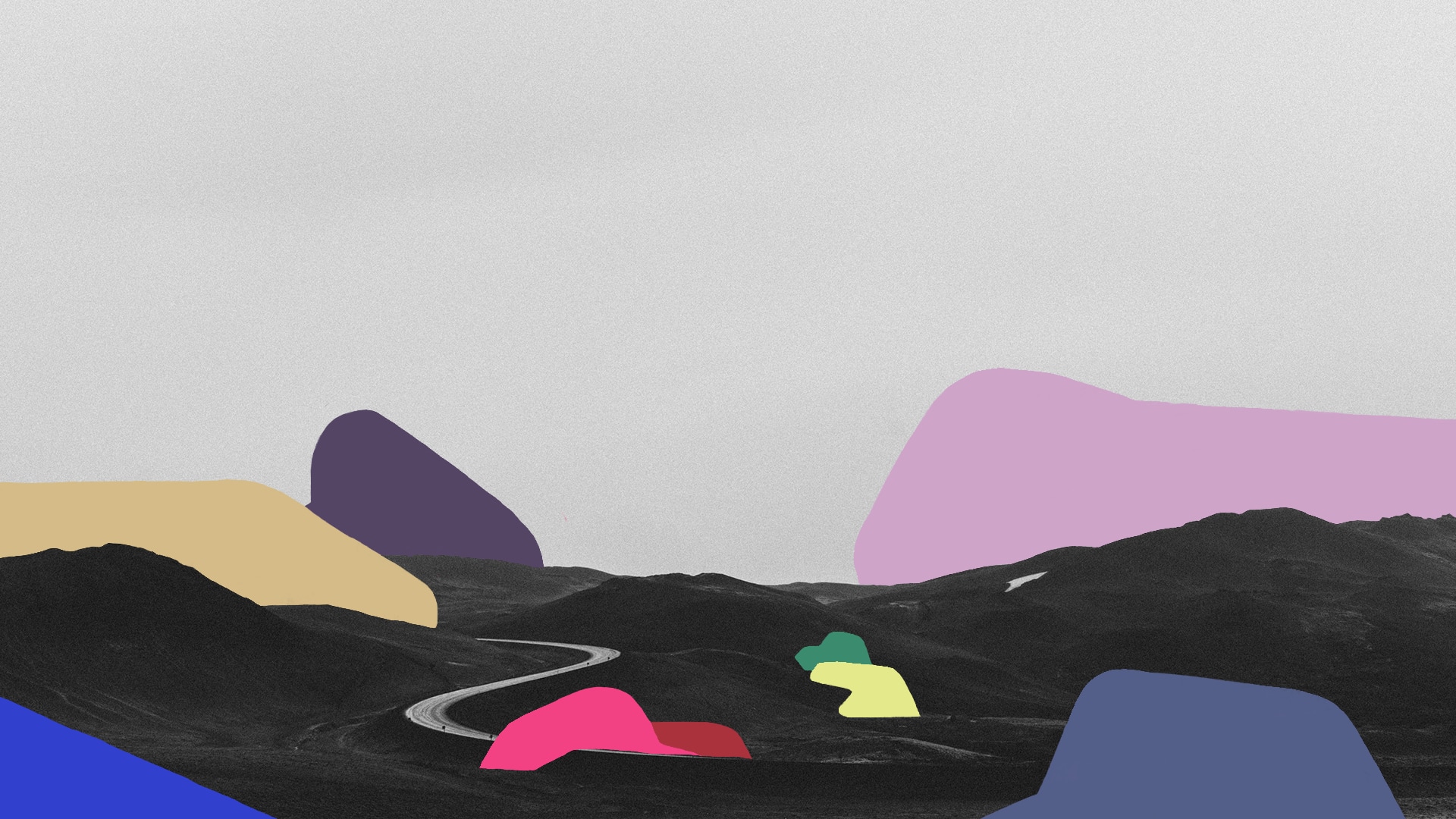 Were there any other themes you were exploring early on?

Actually yes, there was another concept I was playing with before! It was a more abstract and purely visual concept based on the idea of strong contrasts. I wanted to use found footage, royalty-free black and white photographs of landscapes, and animate colorful abstract shapes moving over them. At the time, I was glad to have found a rather quick and economical way to produce rich visuals, but when I tried to find a structure and a narrative, I was completely lost. I realized that the concept was hollow, so I had to abandon it and start from scratch, which I don’t regret for one second!

I actually re-used that concept for an STZAP contribution, which was a perfect fit!

Before you had mentioned making “Made in China” entirely in Photoshop. What was your process like for this film and was there anything new you learned along the way?

If I remember correctly, I said I would not use Photoshop to animate ever again. I was faithful to that claim! This time I wanted to give more attention to the animation, so I mainly used TVPaint.

The version 11 of the program contains wonderful new features, such as the CTG layers that fill out your line animation with colors, almost automatically, with very few efforts. It saved me an invaluable amount of time, and it also made sense logistically, because I wanted to get some help from my collective and we all learned to use TVPaint at school.

Offline we’ve discussed the pros and cons of music videos as a medium. Can you tell us about your experience exploring this medium?

The main difference when you make a music video is that you work from a pre-existing sound track. So there already is a structure, a rhythm, and a set duration. It’s very different from making a “regular” short film, it can be pretty constraining but to be honest, that’s the challenge I was the most attracted to!

Luckily, Opal Waltz doesn’t have lyrics so it was really up to me to paint it with the colors I wanted. I liked it a lot because in a way it reminded me of rappers freestyling over a beat. Or simply of a songwriter writing and singing lyrics to a melody.

Having this in mind I gave the film a basic structure based on regular songs of chorus/verses/chorus/verses.. As I’ve mentioned before, music, and particularly French rap has a pretty big influence on my work in general. I’d like to think that this film is a visual representation of a song! 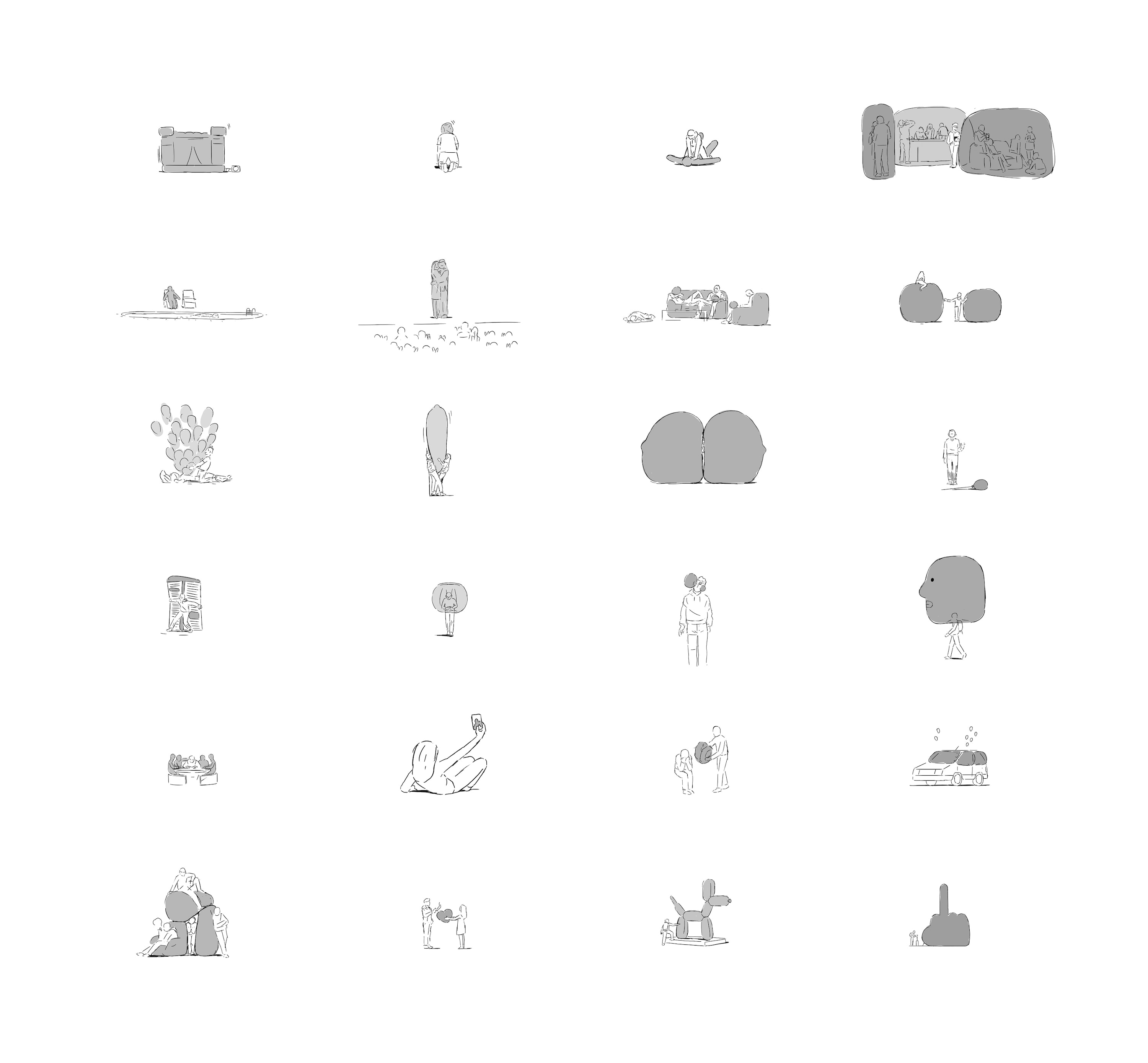 What was it like only having your free time to work on the film?

It is mentally and physically exhausting because you can never give yourself a break… it’s like living a double life!

Simple everyday life routines, like grocery shopping or laundry, become complicated tasks that require organization and coordination. Needless to say, you have to also compromise your personal life, so it’s particularly important to be surrounded by friends and family who can understand your struggle and can support you through it.

I set out to make the film in three months and finished it a year later. I guess I wouldn’t make a very good producer!

I feel like each project has its own crux or seemingly insurmountable task. What was the hardest part about making this film?

A couple months I managed to take four weeks off of Buck and was able to entirely focus on finishing the animation. However, I realized I wasn’t satisfied with the animatic anymore.

I was halfway into production, it was hard to come to that decision but I ended making big changes because I didn’t want to have any doubts about the work I was making. I added various shots, changed the pacing of some scenes and moved things around in the animatic, adding a significant amount of work to my already heavy load. 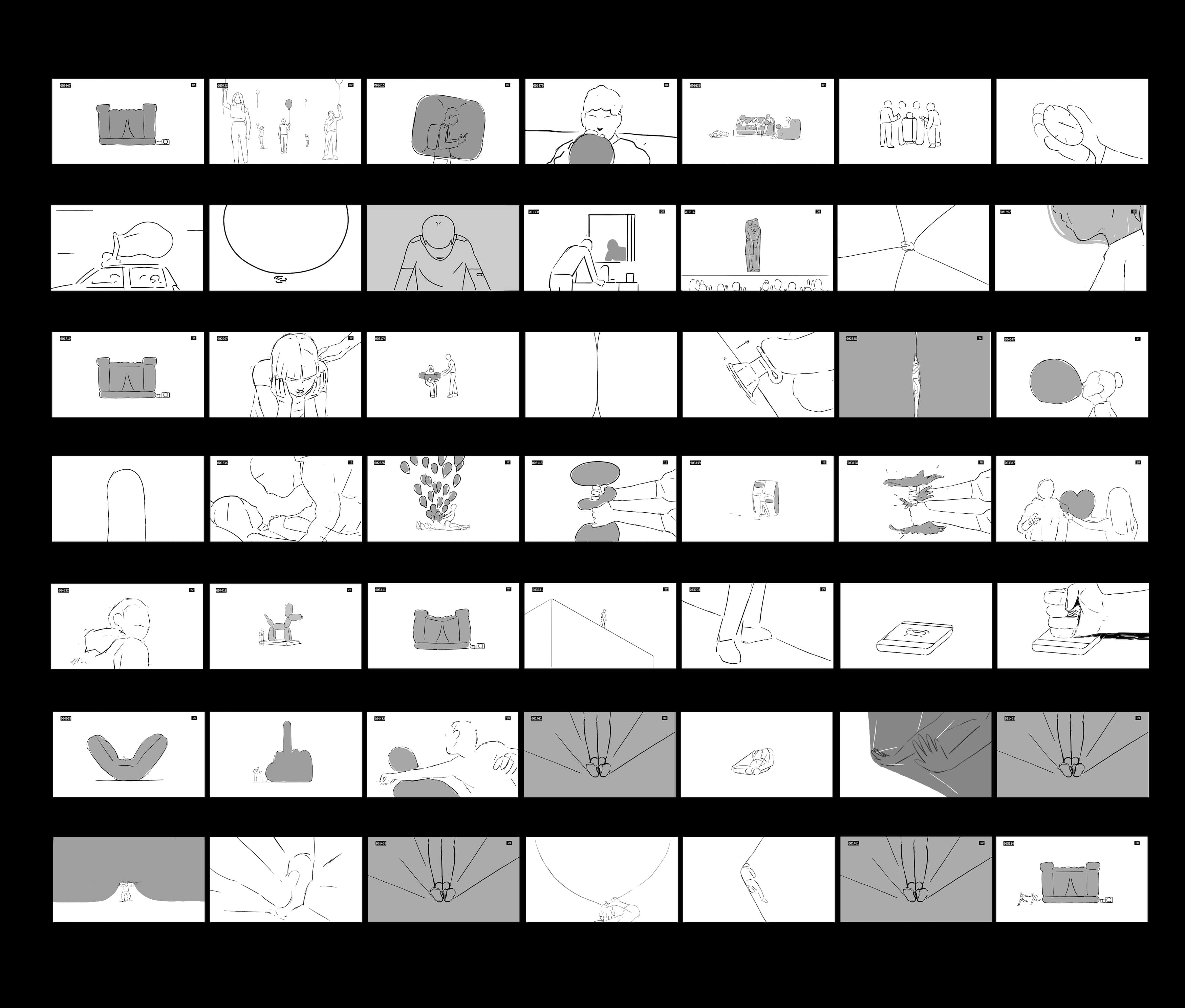 Do you have any advice for those of us who may have a short we’re interested in making but are struggling to find the time for?

Be patient and focused. If you’re persistent, it will eventually work out!

I think the most important thing is to have absolutely no doubt that you’re making the best thing you can, and that you don’t regret the time you spend on it.

The next project in line is actually not animated, but a screen printed comic book that I’m creating for Flutiste in collaboration with a couple of writers (and friends) from France. I’m really interested in exploring other visual mediums, like comics and videogames, but I will never stop making films.