Artists know that skillfully capturing and captivating the senses is a challenge.

In a saturated sensorial world, few things not only hold our attention but call to our innocence like the rainbow.

What is the longtime connection between human beings and this ephemeral arch – now synonymous with the LGBTQ movement?

Seized by religion and activists, for centuries, it has signified social change and been articulated as a bridge between the kingdoms of Gods and “men”.

Science does not accredit the birth of this mythical phenomenon to a pot of gold, but to millions of droplets reflecting a singular color of the spectrum.  Rainbows are dependant on a passing storm, a source of light, and an observer fixed at the center.  I believe the serendipity behind this codependent relationship is what continues to breathe awe into this everlasting metaphor. 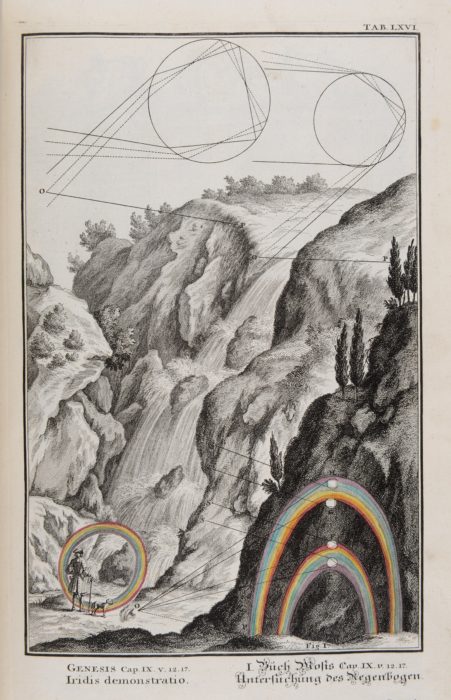 In 1974, following Watergate and the withdrawal from Vietnam, patriotism was at a new low.  A cumulus of malaise and frustration hung over the United States.

In comparison to the rest of the country, for some, San Francisco felt like a vibrant city where activists had more freedom to express themselves.  It had been referred to as OZ, the magical land Dorothy so famously sang about in “Somewhere Over The Rainbow”.   During this time artist and Kansas transplant, Gilbert Baker, met Harvey Milk, an activist who in 1976 became the first openly gay person to hold high public office.

Harvey expressed concern to Baker that the upside-down pink triangle, a repurposed symbol in defiance of the Holocaust, to some may remain repugnant.  Unification was a priority and he challenged Baker to create an unspoiled image for the movement.

Designers, often magicians of the color spectrum, understand how hue can structure elements, attract attention, and activate emotion.  Whether inspired by notes on the musical scale, or the ancient Greek belief that seven is a mystical number, Sir Issac Newton chose to divide his color wheel into seven parts, famously abbreviated as ROYGBIV. 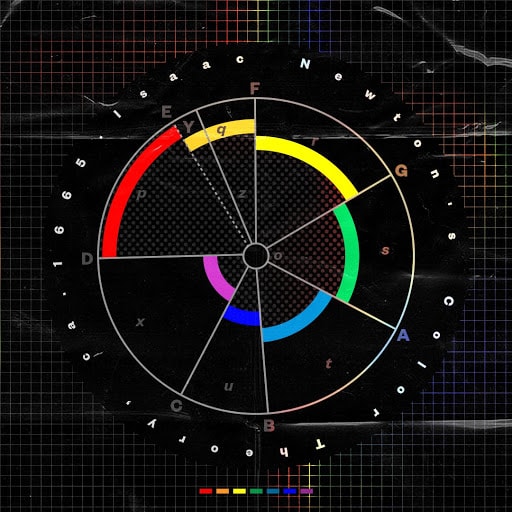 In 1978 Gilbert Baker’s original version of the flag had eight stripes.  However, printing and the demands of mass production dictated they evolve to six.  Even RGB can influence ROYGBIV.

Just like every raindrop holds a color, Baker assigned every stripe with a meaning.  Red represents life.  Orange is intended to invoke healing.  Yellow is the sun.  Green nature.  Royal blue signifies harmony and violet is equated with spirit.  But why a rainbow in the first place? 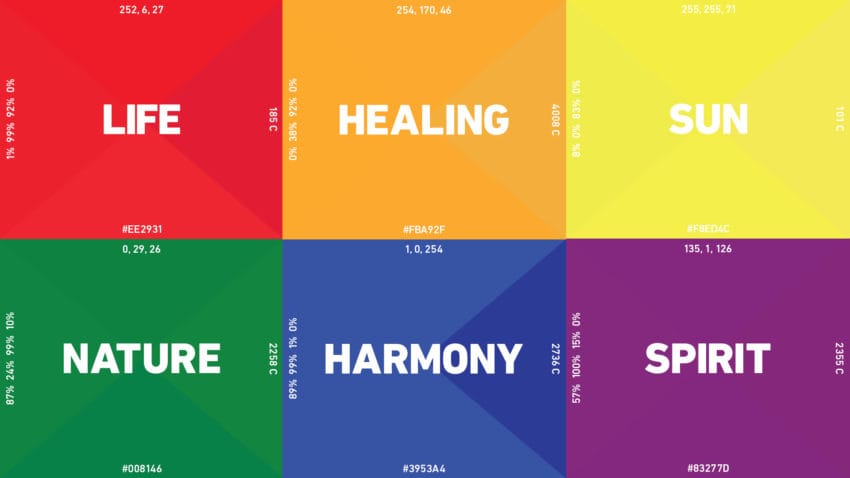 Artists broaden our minds and open our hearts, therefore it is of no surprise that the LGBTQ community has hypothesized their artistic heroes as being the source of inspiration.

Some say the selection pays homage to the bright green carnation worn by author Oscar Wilde.  Many think it points to “Somewhere Over the Rainbow”.  After all, Judy Garland’s funeral was held only hours before the first punch was thrown at Stonewall, and Baker himself originated from Kansas.

When interviewed later in life Baker was asked why he chose such an emblem.  “It’s a natural flag.  It’s from the sky.”, he stated.

Though we all seem to have a unique rainbow connection the spirit of this symbol remains consistent.

When I reflect on this magical banner I immediately recall San Francisco, June 26th, 2015.  On this day, in my apartment overlooking Civic Center Plaza, I woke to a flood of congratulatory messages and missed calls.  At first, I was surprised how many loved ones remembered my birthday, only to realize the majority of correspondence was in celebration of the landmark U.S. Supreme Court ruling: same-sex marriage was now legal in all fifty States.

It was Pride weekend, and outside my window were countless colorful bands waving against a grey San Francisco sky.  With my phone still a buzz, one flag, in particular, held my gaze.  That being the large rainbow flag above the steps of City Hall.  This was the site it was first hung, the same building where Harvey Milk historically took office, the place where he was murdered, the epicenter for Pride, and now a venue where LGBTQ couples could pledge their long-awaited legal commitments. 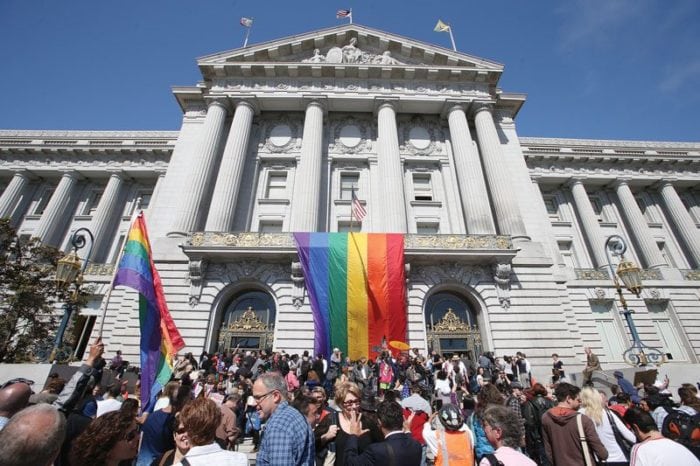 Having always been devoted to equality, I believe that every human right is in service to us all.  This overdue resolution and synchronized arc of events, left me both touched and speechless, much like a serendipitous encounter with a kaleidoscope of color in the sky.

As the late Dr. Maya Angelou so poignantly communicated, “I don’t ever feel I have no help.  I’ve had rainbows in my clouds, and the thing to do it seems to me is to prepare yourself so that you can be a rainbow in somebody else’s cloud.”

When I glance into the past and ponder the obstacles and opportunities that lie before humankind, I think of that quote, for I am most joyful when I am not a nimbus, but a “ROY”, a “G.”, or a “BIV” for others.

Bright futures have always depended upon the chasing of rainbows.  When human beings face their shadow, light is always at their backs, and only then may a colorful crescent appear in the clouds.

“Someday we’ll find it, That Rainbow Connection, The lovers, The dreamers and me.”
– Kermit the Frog