1. Hi Dimitris. Let’s start with a brief introduction. Who are you?

My name is Dimitris Armenakis, also known as Loverman; I am an animation director from Athens, Greece. I like to mix traditional animation with 3D and motion design elements. 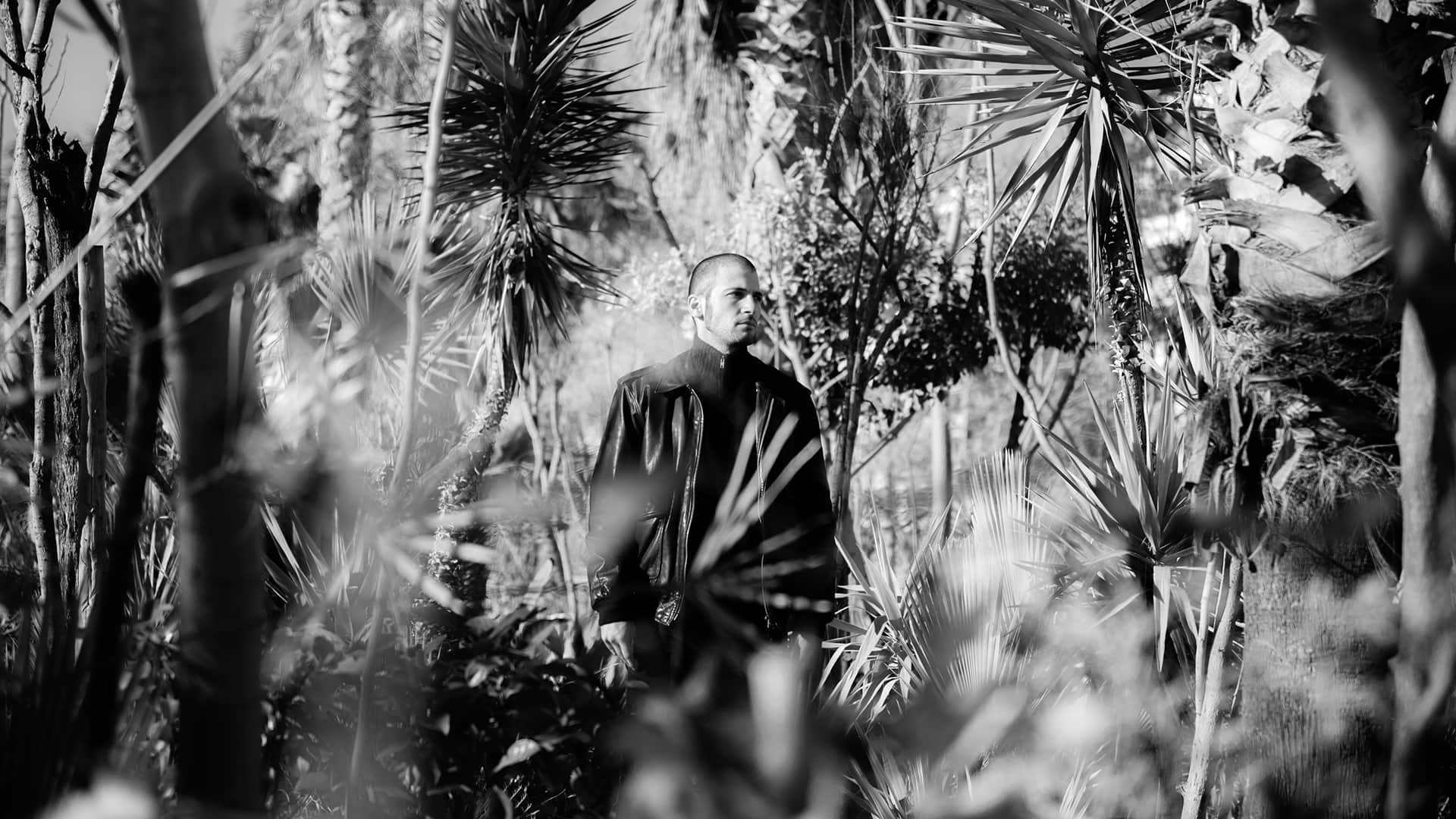 2. Fill us in on your creative background and what led you to become an animation director?

My love for animation dates back to my childhood. I did a BA at the department of Audio & Visual Arts at Ionian University. While there, I experimented with video, photography, and visual storytelling. My first great attempt to animate and direct a short film was a piece called “Absorbed.” I learned a lot about motion design, pace and editing during the production. Since then, I’ve directed and animated two more short films, one of which, “All You Can Eat,” was my graduation film from MA Animation at the Royal College of Art.

3. How would you introduce “All You Can Eat” to someone watching for the first time?

The film explores the topic of overconsumption in the 21st century. Cartoon characters are used as products of postmodern society. The idea was to tell the story from the perspective of the consumed, not the consumer. The film has a mix of different styles: colourful cartoon characters inspired by 1930s animation and the dystopian human world, depicted in black and white sharp lines. 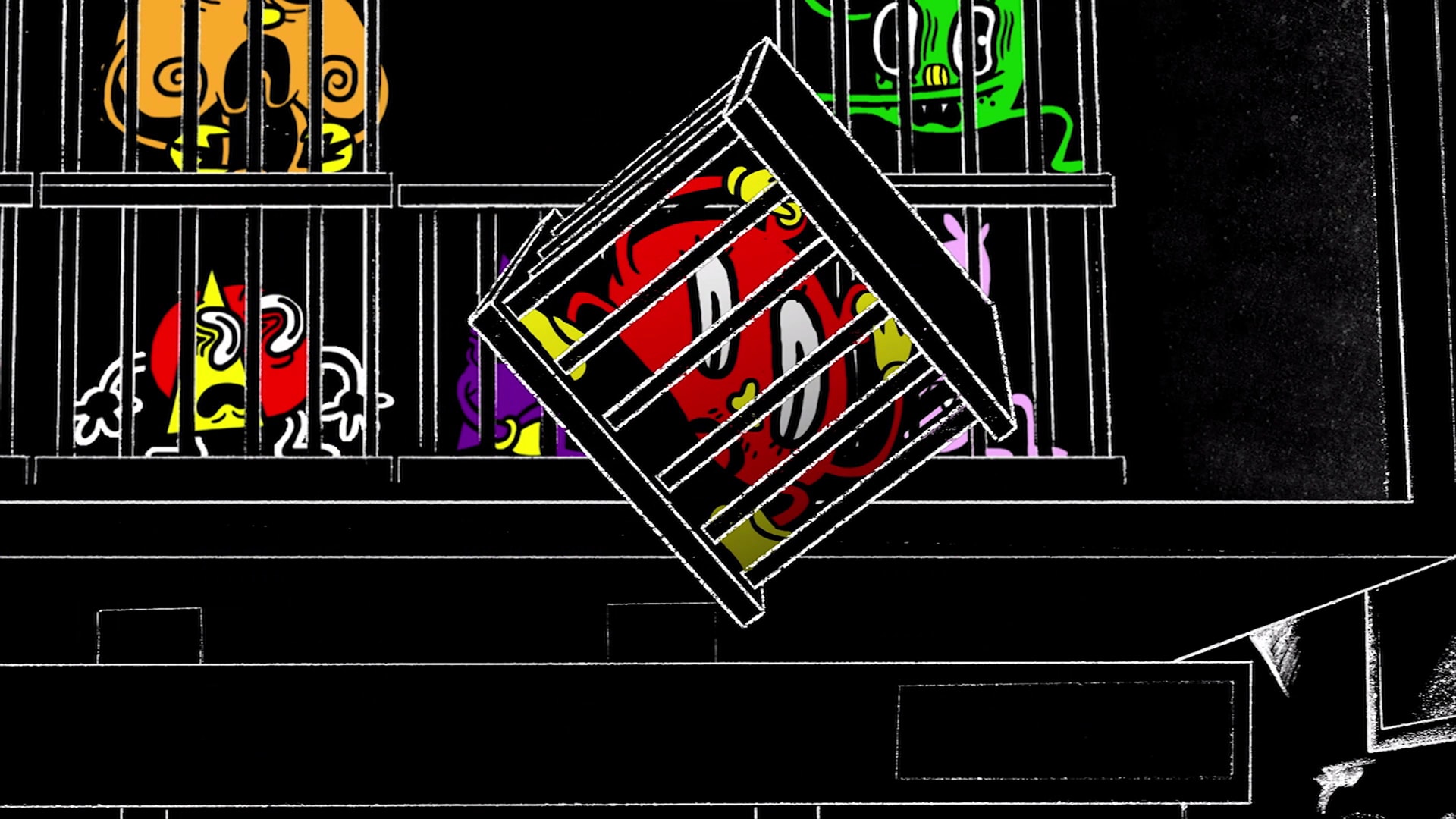 4. Take us through your process. How long was the production? What techniques did you use? What programs are you using?

Production began around January/February 2019, and we managed to finish the film in time for the graduation show in June. For lighting and compositing, I used 3D animation in 3ds Max. The exported image sequences of the 3D compositions were imported in TVPaint, and once there I animated on top of them. This way, the textures and brushes used for the characters were used for the environment of the film as well, blending both elements seamlessly. I used Photoshop for backgrounds, After Effects for compositing and motion design, and Premiere for editing.

5. What was your favorite moment or most fun part of the film?

I really enjoyed seeing it all come together. I loved the process of animating the protagonists. There were loads of shots where I improvised while animating those squashy and stretchy movements. I experimented a lot with the soundtrack in particular. I separated different parts of it and used them in various shots, apart from the original track, which is heard towards the end of the film.

6. Did you face any difficulties along the way? If so, how did you overcome them?

It was the first time that I got to manage a team working on a short film. Apart from directing, designing, and animating, I had to make sure that everyone was on schedule and that we met all the given deadlines. Good scheduling from the pre-production stage helped solve lots of these issues during production. 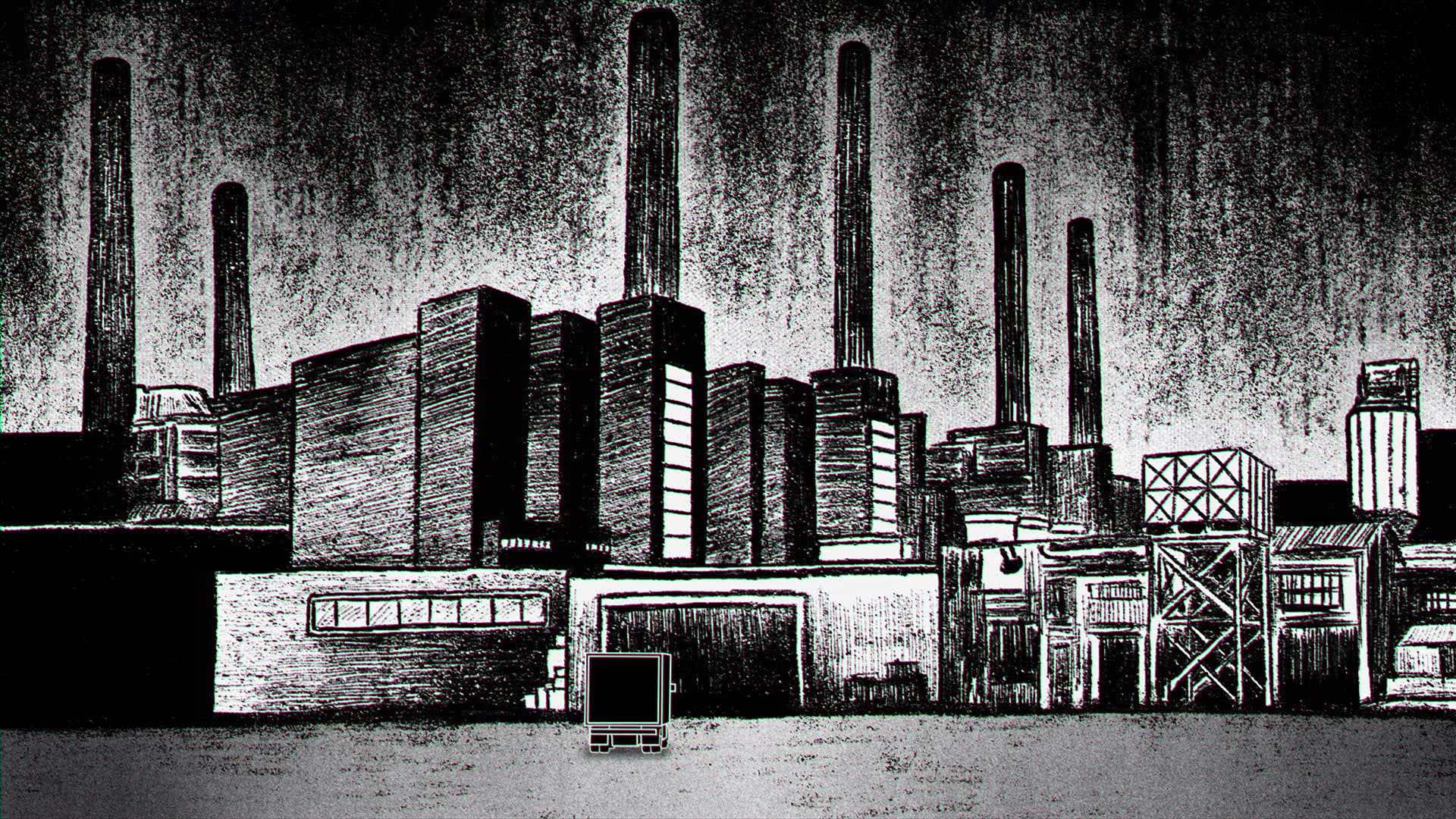 7. Speaking of the team, tell us a bit about them.

I am really grateful for the incredibly talented people that worked on the project. Inari Sirola, Diogo Kunha, Evelyn Ivanova are the brilliant animators behind the dog sequence, the shot with the mouse, and some of the creatures seen in the film. Konstantinos Vasilakis, Inês João Portela, Emily Wloch, Dermot Lynskey helped with colouring this frame by frame craziness. Oliver Magee and Georgi Stamenov did some fantastic acting as hungry humans. Degear0001 was the voice actor for the characters by using a Casio SK-5 sampling keyboard, and Charlie Carroll recorded most of the sounds heard in the film. For the soundtrack, I collaborated with Rita Mosss by using the track “Lady Strangerbird’’ from their latest album, “Oλes.” In the end, the sound mix was done by João Fonte at the National Film and Television School.

8. Do you have any advice for creatives on how to pursue their dream projects?

Obtaining new skills, learning new software definitely helps to start building up your ideas. Also, don’t be afraid to ask for help; there are loads of great communities and tutorials out there. All in all, collaborate with colleagues online, sound designers, composers, or friends to create a collective project. Think in terms of how you could start a team project and organise your ideas accordingly.  Not only will your workflow get better, but you will also learn to work with others which is very important in order to build and communicate bigger projects in the future. 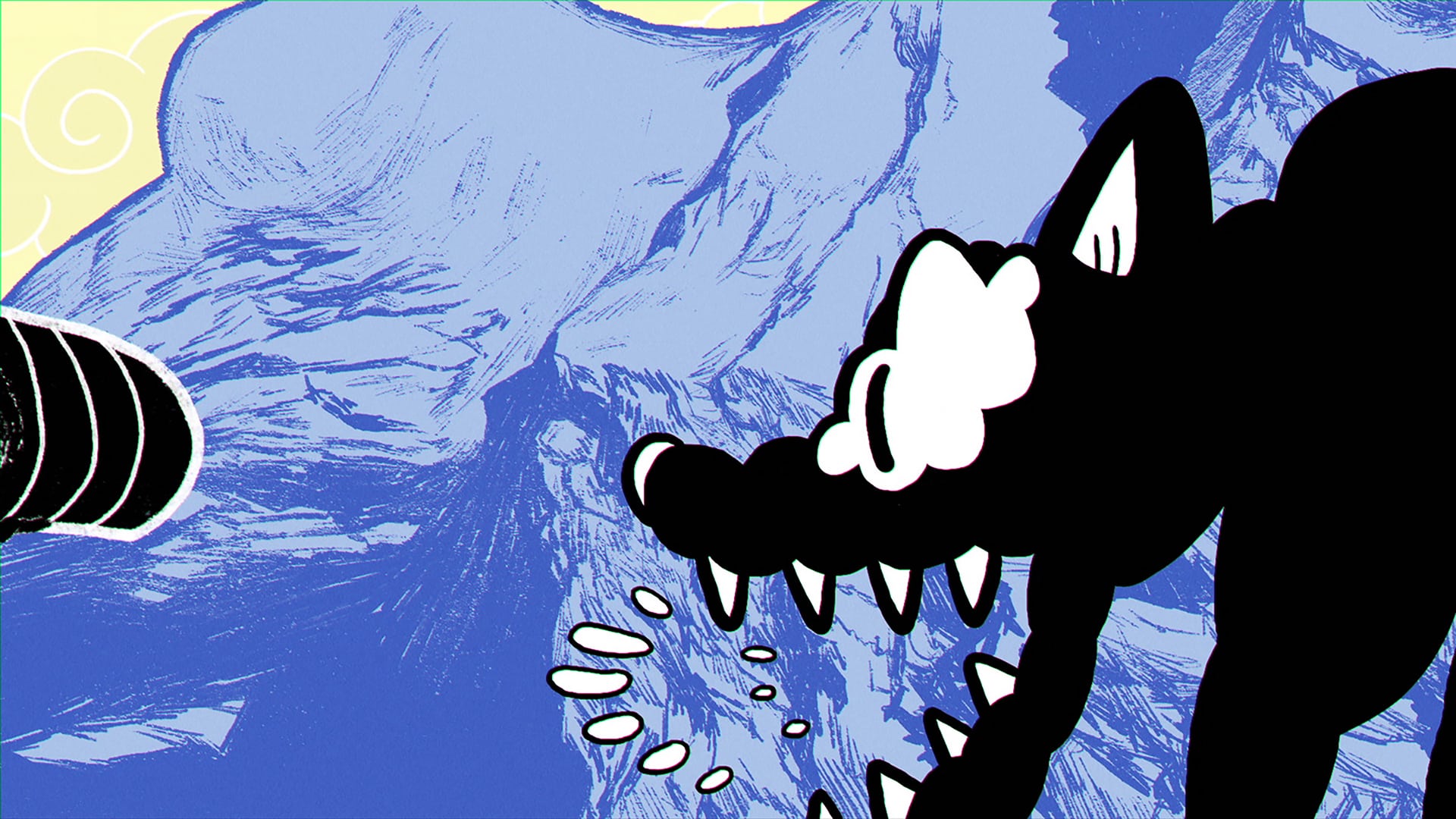 9. Money no object what would be your dream project?

I would love to direct a hand-drawn animated feature film. As most of the animated feature films produced today are 3D animated, I feel that I’d love to see a traditionally animated film in theaters. Apart from the universe of “All You Can Eat,” I have a couple more ideas in mind for feature films. Hopefully, those scripts will see the light of day and get animated on the big screen!

10. What were some of your favorite films in animation that have shaped the way you think?

I would say that “Persepolis” by Vincent Paronnaud and Marjane Satrapi was one of my great influences in terms of style and animation. Also, one of my favorites has to be “Fantastic Planet” by René Laloux with its stunning design and innovative storytelling. 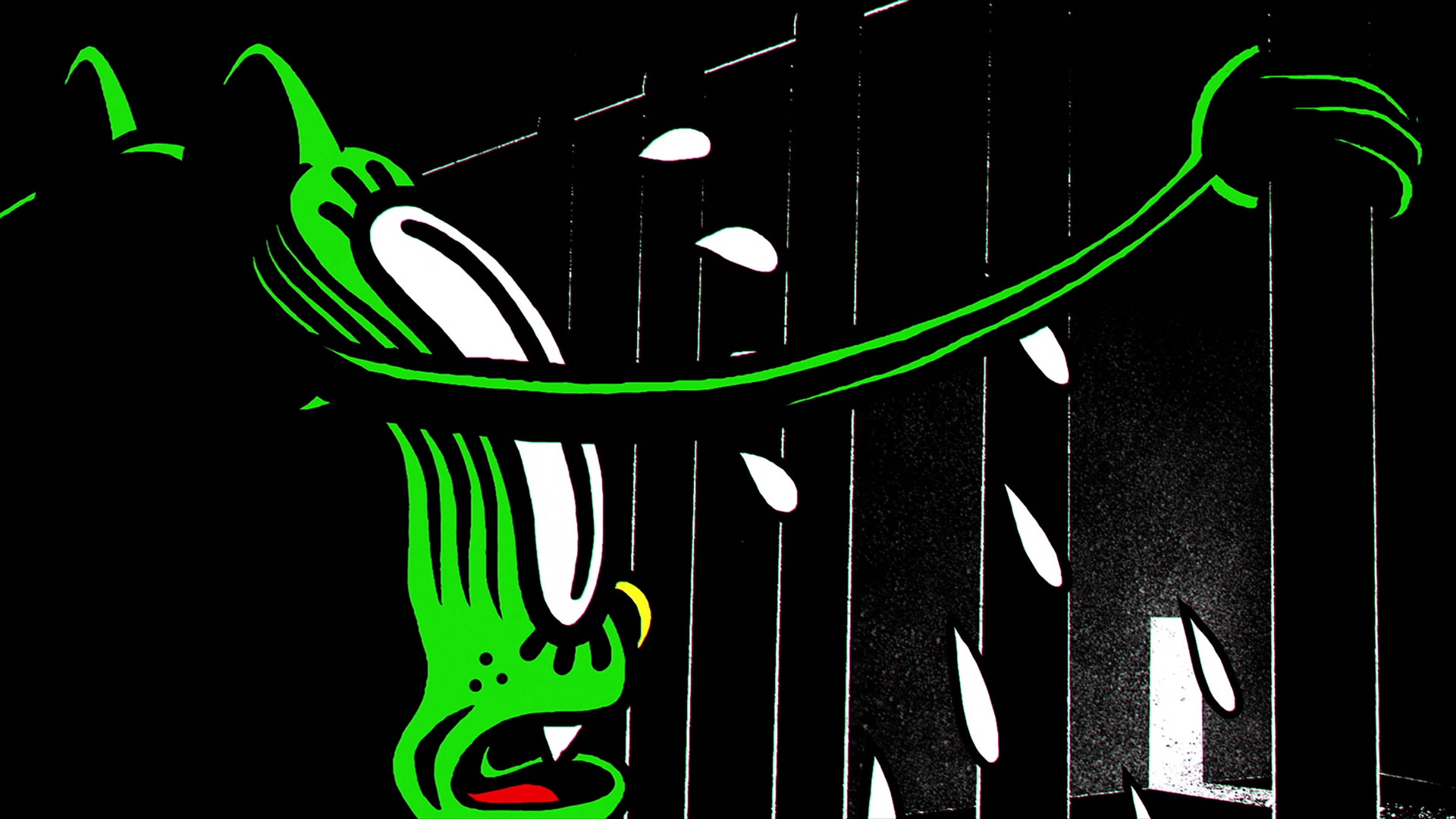 Thank you so much for being here. Before we let you go, is there anything else you’d like to share about “All You Can Eat”?

The film’s main aim is to have the audience question their consuming habits. We are commenting on how humans invade natural habitats, depriving them of their freedom, only to fulfil the voracious intentions of their greedy culture.

If the audience can identify with the characters, I believe that it’s a successful step towards changing our world for the better. Hopefully, this message will be food for thought, not just for our tummies.

Once more, I’d like to thank everyone who worked on “All You Can Eat,” and every single person who watched the film online or at a festival screening.

I am really looking forward to sharing my upcoming projects! 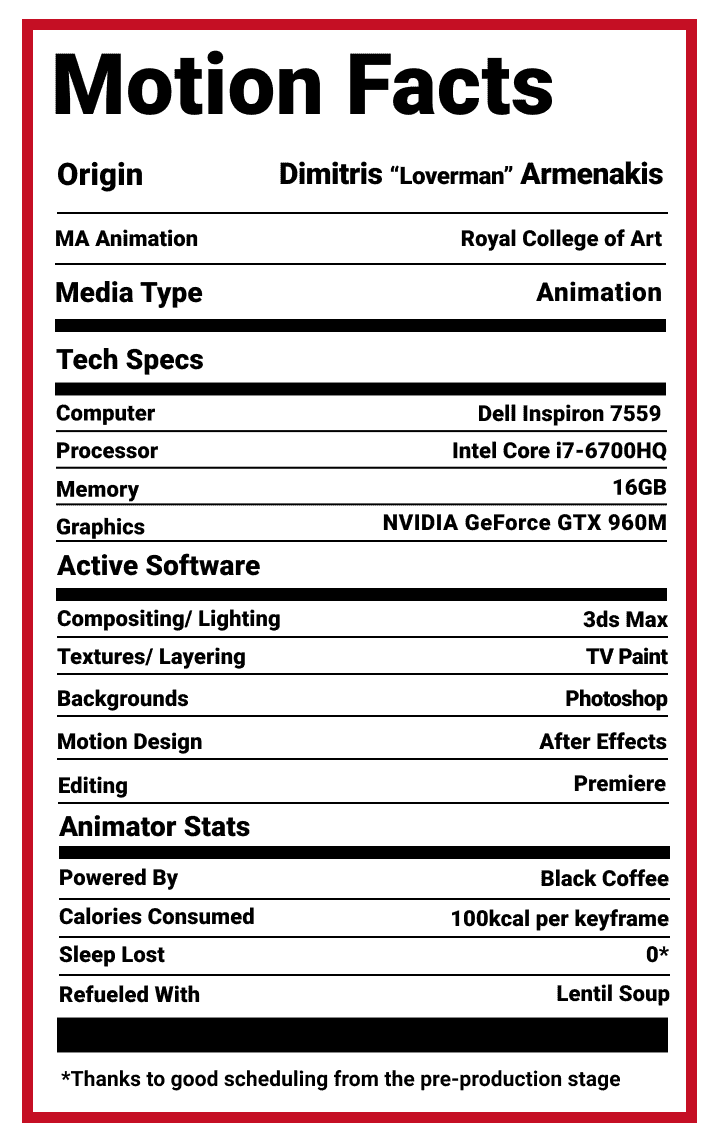